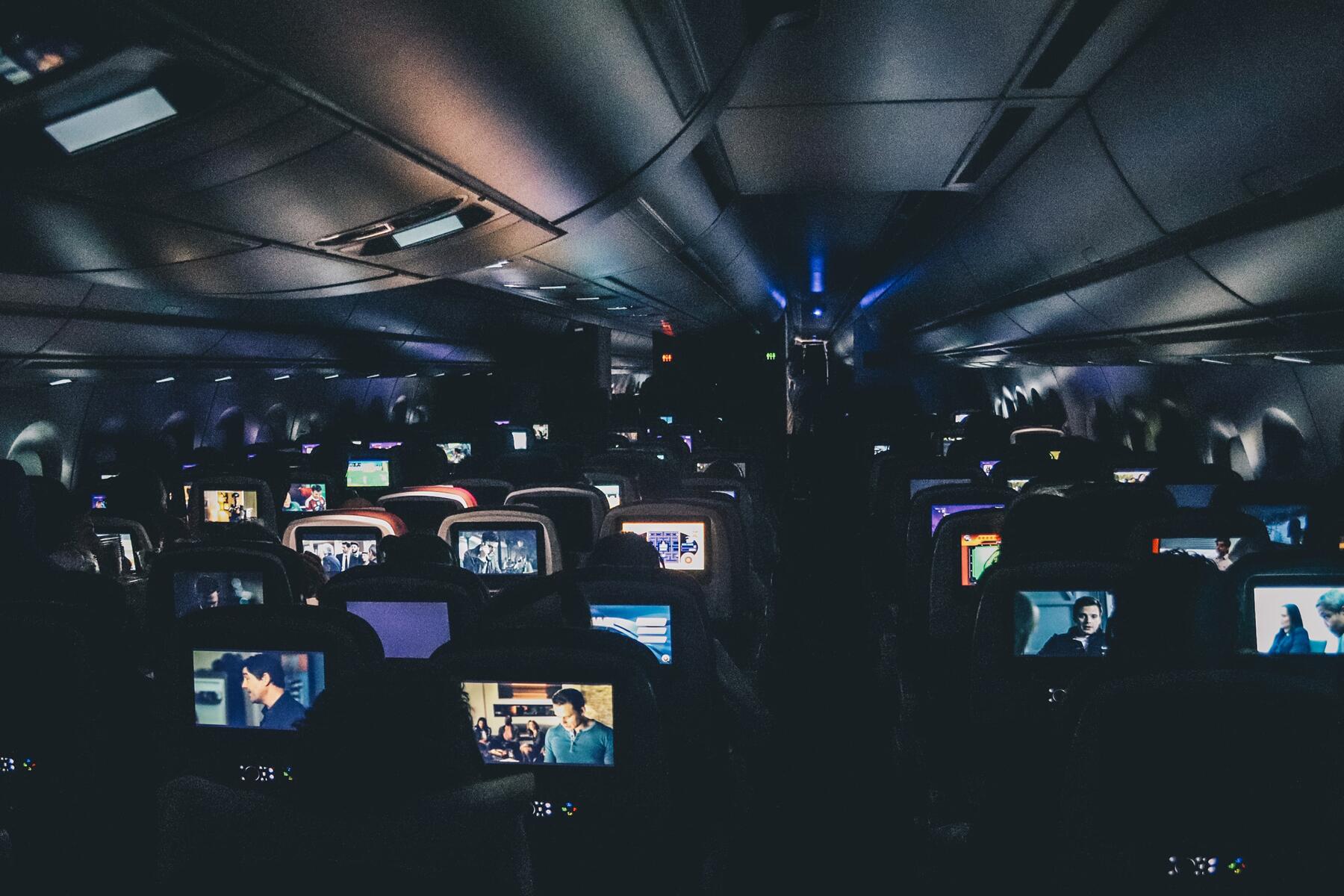 News Apeksha Bhateja 60% Are Concerned About This Travel Headache. But What Should Be Done?
Home  >  Transportation • Travel Tips   >   A Complete Guide to Airline Cabins

A Complete Guide to Airline Cabins 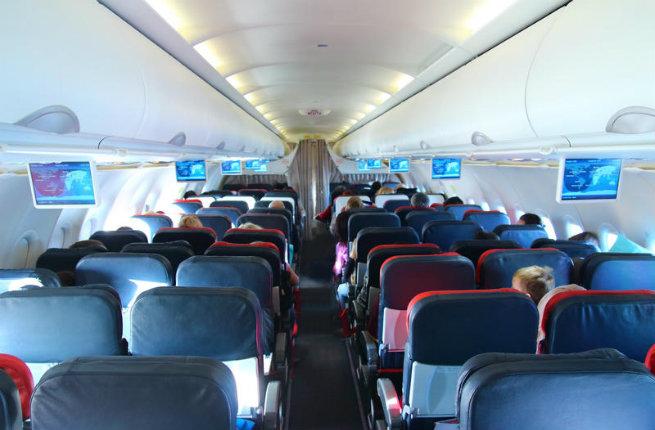 When you feel like splurging on your next flight, you’ll want to know everything there is to know about aircraft cabin classes. While flying in first class sounds awesome, it’s important to know that the perks—extra baggage allowance, priority security clearance and boarding, comfortable seating, and stellar service—can vary greatly from airline to airline and route to route. Before you spend money or miles to snag a seat in a premium cabin, understand your inflight options.

The economy cabin, also known as “coach,” is the least expensive cabin on the aircraft—and the most cramped. The plane may also be outfitted with premium economy, business class, first class, and sometimes even suites or “apartments.” A “premium” cabin is considered to be anything except economy. The longer the flight and the larger the aircraft, the more types of cabins will be available onboard.

Before looking at how one type of cabin differs from another, it’s important to realize that when you talk about international and domestic flights, you’re discussing apples and oranges. The first-class cabin on a domestic flight is not the same as first class on an international route. Generally speaking, the ritziest airline experiences are on long-haul flights in premium cabins on international routes. And foreign carriers almost always have fancier premium cabins than their U.S.-based counterparts.

News Apeksha Bhateja 60% Are Concerned About This Travel Headache. But What Should Be Done?
Continue Reading Article After Our Video

Economy/Coach: The economy cabin is always the most cost-effective cabin on any aircraft. However, on international flights the seats tend to be a bit more comfortable (with more padding and extras like pillows and blankets sometimes available). There may be a tiny bit more legroom and width in international economy seats. Meals and beverages will often be served (sometimes at an extra cost), but don’t expect a luxury experience.

Premium Economy: The next rung up from economy is premium economy—sometimes also called economy plus or “comfort economy.” It’s basically the same cabin layout and seat as in economy but with a little bit more legroom and sometimes a bit more recline. The seats may be in a preferred location on the aircraft (closer to the boarding door, at the bulkhead, or in an exit row) and the airline may also offer better amenities, like in-seat entertainment systems or tablets. The beverage and food service may also be slightly upgraded.

Business Class: Business class is generally a big step up from economy—especially on international routes. The seats are usually upholstered in leather, are wider, and have additional legroom and recline. On international flights, many aircraft have lie-flat seats in the business-class cabin. Service is attentive and upgraded meals are served—sometimes course by course and sometimes all at once. It’s common for flight attendants to prepare your dining area with a tablecloth and napkin as well as real silverware and glassware. You may even have access to a bar/lounge on the aircraft. Airlines like Air France, Emirates, Etihad, Korean Air, Qantas, Qatar, Virgin Atlantic, and Virgin Australia all have very impressive “sky bars” on certain aircraft that cater to business- and/or first-class passengers.

First Class: First class is a step above business. Seats are usually very comfortable (almost always lie-flat), spacious, and have a personal storage compartment for your carry-on items. There is often seating for a guest so you can dine with a friend or family member and, if you want to catch a few ZZZs, the stewardess will make up your lie-flat seat with a duvet, blankets, and pillows. Amenity kits in international first class include pajamas, sleeping masks, creams and moisturizers from luxury companies, a hairbrush, toothbrush, and more. First-class bathrooms are usually large, well lit, and decorated like something you’d find in a luxury hotel. Toiletries are available in the bathroom and, in the case of Emirates’ A380 aircraft, there is even a shower.

Suites/Apartments: Forget about first class! Did you know that some of the world’s leading airlines offer luxurious suites and apartments in the sky on certain flights? These in-flight accommodations start with land-based perks like a special VIP check-in area that looks more like a hotel lobby than the airport, and a pre-departure lounge that offers restaurant-style meals, bar service, and sometimes even complimentary spa services. In the air expect a “suite” with comfortable seating that converts to a lie-flat bed. An onboard chef offers a variety of menus to tempt you throughout the flight and stewardesses check on you often to make sure you’ve got what you need to stay comfortable during a long flight. Suites also generally have a privacy door.  Singapore Airlines has suites with perks that include Givenchy pajamas, slippers, pillows and blankets, and toiletries from Ferragamo. Dom Pérignon Champagne is served. Japan Airlines offers Sky Suites on its 777 aircraft. Emirates aircraft are equipped with First Class Private Suites. Etihad offers First Apartments in its Residences. Asiana’s A380s have First Suites, while Air France’s 777s have La Premiere Suites.

Economy/Coach: You’re probably already intimately familiar with economy seating on domestic aircraft. It’s no day at the beach, especially if you’re tall. The lack of legroom and narrow seats can make for some uncomfortable trips. However, a few airlines do better when it comes to comfort in coach. JetBlue, for example, offers more legroom than other carriers plus at-seat entertainment that includes DirecTV, Sirius XM Radio, and movies. The airline also serves free snacks (think Cheez-It crackers, Craisins, and Terra Blues potato chips) and nonalcoholic beverages. JetBlue’s domestic seats range from 32 to 34 inches of pitch and seat widths range from 17.8 to 18.25 inches. Compare that to Frontier, which offers between 28 and 31 inches of pitch on the seats in its fleet. If you’re tall (or claustrophobic), definitely be aware of the pitch before selecting an aircraft and seat assignment.

Premium Economy: Premium economy is for travelers who can’t afford to buy business- or first-class tickets but want to spend a few more dollars for a moderately more comfortable experience. Depending on your airline, this cabin may be referred to as premium economy, economy plus, comfort coach, or other similar terms. Basically, seats in this section are usually in a preferred location, like at the front of the plane near the aircraft doors for easy boarding and debarking, or at the bulkhead seats, which don’t offer under-seat storage (since there is no seat in front of you) but can provide a bit more legroom. Premium economy seats generally have more legroom too. Entertainment options may be upgraded, along with the beverage and dining offerings. Premium economy can’t be compared to business or first class, but it can make your trip much more comfortable and is worth it depending on your situation or the duration of the flight. For comparison’s sake, American Airlines’ fleet of A332s is outfitted with economy class seats that have 31 to 32 inches of pitch and 17-inch-wide seats. Main Cabin Extra, American’s premium economy cabin on this aircraft type, offers the same seat width but pitch of 35 to 36 inches. Delta also flies A332s, but its economy cabin offers 31 to 32 inches of pitch and 18-inch-wide seats. Delta’s Comfort+ section offers 18-inch-wide seats with 35 inches of pitch.

Business Class: In the business-class cabin, flight attendants will cater to you more personally. They will hang your coat in a closet at the front of the cabin and offer you a pre-departure beverage—free of charge. Meals will be an upgrade from the paid offerings in economy. On many routes, you’d have to fly in a premium cabin to receive any type of free refreshments. Blankets and pillows are almost always available in business class. On domestic flights, you’ll often see the designation “business/first.” That’s because most domestic flights won’t have both a business- and first-class cabin, so they’ve combined the experience into one.  When shopping for business- or first-class seats, it’s important to know that every airline offers different perks and seating options. United Airlines comes to the table with its BusinessFirst section, which generally offers comfortable flat-bed seats with 180 degrees of recline and seat widths surpassing what you’d expect in economy by several inches. However, Alaska Airlines’ first-class cabin only offers recliner-style seats. If you have your heart set on a lie-flat seat, be sure to check that the aircraft is equipped with that option. SeatGuru and SeatExpert offer seat maps of all airline and aircraft configurations.

First Class: As mentioned, it’s rare to find a domestic aircraft that offers both business and first class. It’s usually an either/or scenario and the experience can be similar. Seats can be recliners or flat beds in either cabin when flying domestically. Some domestic first class is stepping up its game to compete with what you’d experience on an international flight: American Airlines now offers gourmet meals served in courses in some of its first-class cabins along with perks like designer amenity kits on transcontinental flights that include a Cole Haan bag, Clark’s Botanicals skincare products, toothbrush and toothpaste, eyeshade and earplugs, and socks. Virgin America is also a strong contender for domestic first class. While its seats aren’t necessarily wider than what you’ll find elsewhere, they do offer a lot of legroom plus leg rests and personal television sets. Meals are served in courses and complimentary alcoholic beverages range from red and white wines (usually two selections per flight) plus prosecco, Bombay Sapphire gin, Glenfiddich single-malt Scotch whisky, and other premium brand liquors.

Suites: You may think that airline suites are the sole purview of international carriers flying long-haul routes. But U.S.-based  JetBlue offers suites in some of its aircraft. Look for Mint on transcontinental flights as well as certain Caribbean routes. The entire Mint experience promises faster check-in and processing through the airport, early boarding, and perks in the air like a Birchbox amenity kit, and upgraded dining options. The seat is fully lie-flat with a massage feature and there is a door to create a sense of serenity and privacy throughout the flight. Current Mint flights are available from Boston to San Francisco and Barbados and New York City’s JFK to San Francisco, Los Angeles, Barbados, and Aruba.