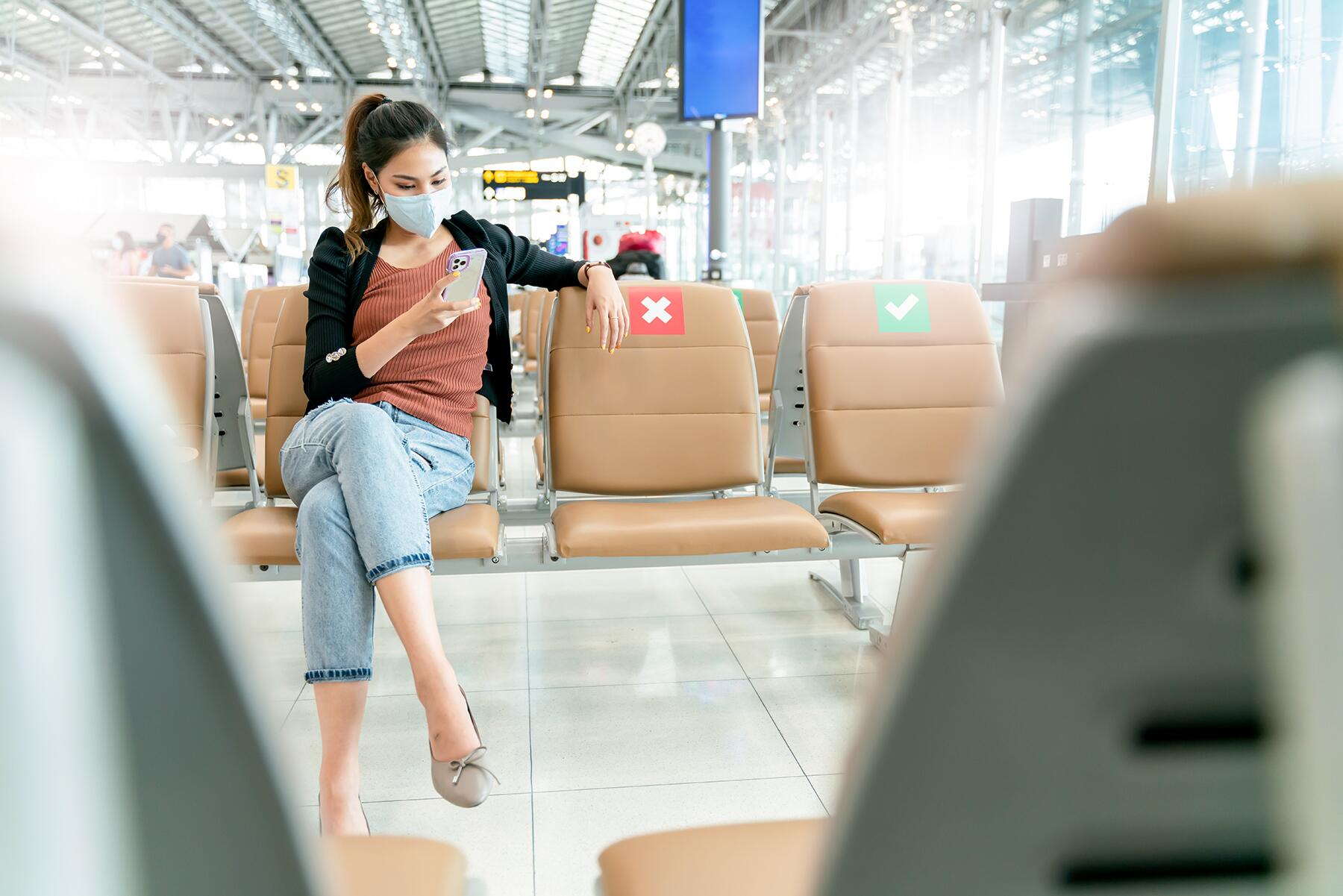 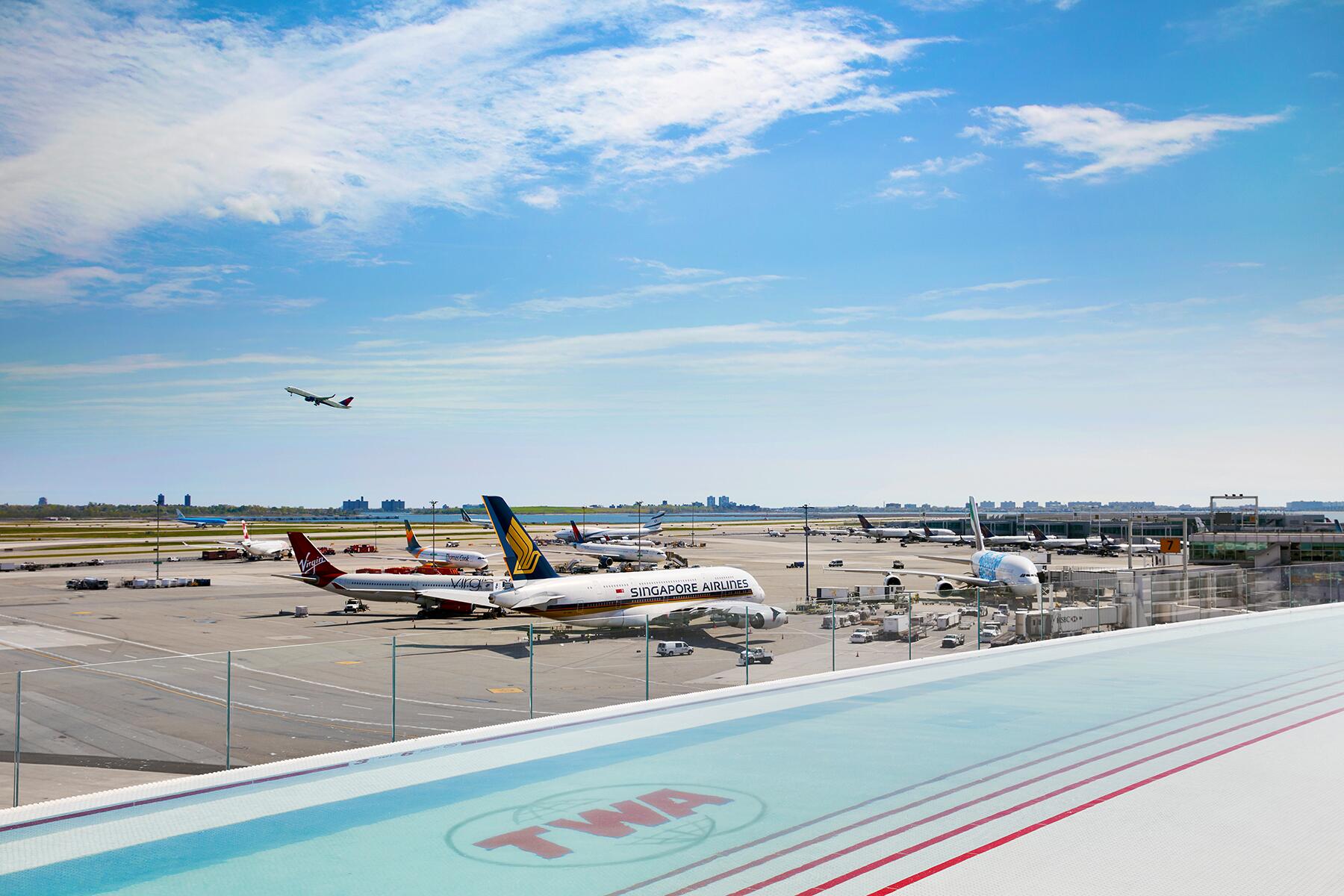 Even parents of toddlers can save money by booking a red-eye without living in fear of the consequences.

Traveling is often about finding the best deal; saving the most money so that you can extend your adventure or plan additional ones. For a lot of seasoned travelers, that means embracing the red-eye. You exchange a decent night’s sleep for a cheaper ticket and more daylight hours at your intended destination. But once kids enter the mix, that exchange doesn’t always seem as worthwhile. After all, little ones thrive on routine and sleep. Strip them of that and meltdowns inevitably occur, which can mean disturbing other travelers in addition to taking days to adjust back to normal. New parents don’t have to give up the benefits of red-eye travel just because they’ve become a slave to their toddler’s schedule, though. There are ways to take advantage of those money-saving tickets while still keeping your sanity (and your child’s sleep) mostly in tact. 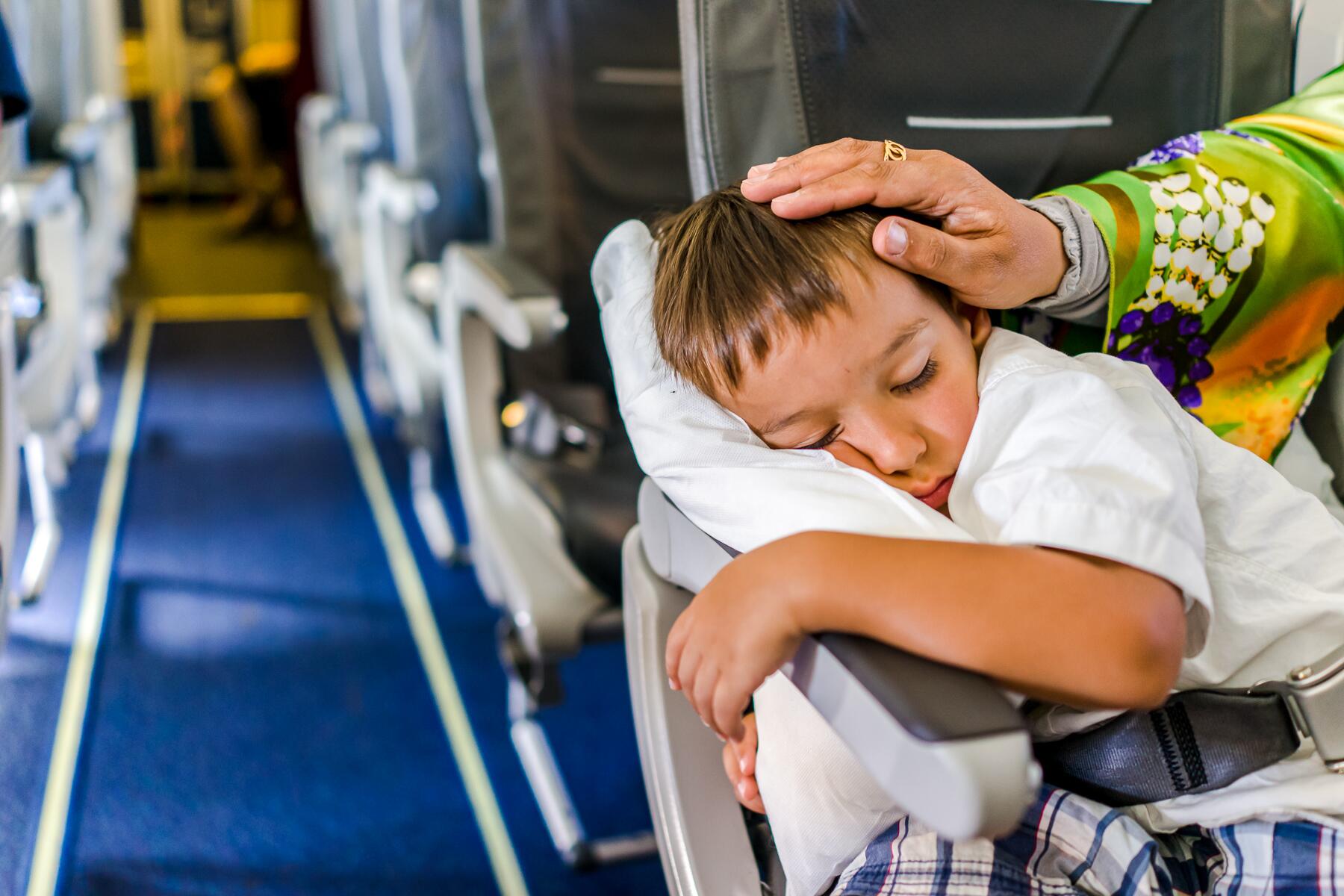 Make the Right Sleep Decision For Your Child

Because red-eyes often leave in the middle of the night, parents have a big decision to make pre-flight: Should you put your child down at their normal bedtime, hoping for at least a few hours sleep before heading to the airport? Or should you keep your little one up, hoping they’ll crash hard as soon as the flight takes off? There is no right answer here, and a lot of it comes down to the individual child. Light sleepers may need those few hours of sleep before the flight, just in case everything is spotty from there. Heavy sleepers can probably wait until the flight takes off. And if you have a child who falls apart if they aren’t in bed right at their usual hour? Well, then you know you should probably put them down on time—even if that means waking them up later.

Transportation Molly O'Brien The 12 Best Spots to Go 'Plane-Spotting' Across the U.S.
Continue Reading Article After Our Video

INSIDER TIPIf you’re really concerned about your child’s sleep, you can discuss options with their pediatrician. In some cases, melatonin or other sleep aids may be warranted. 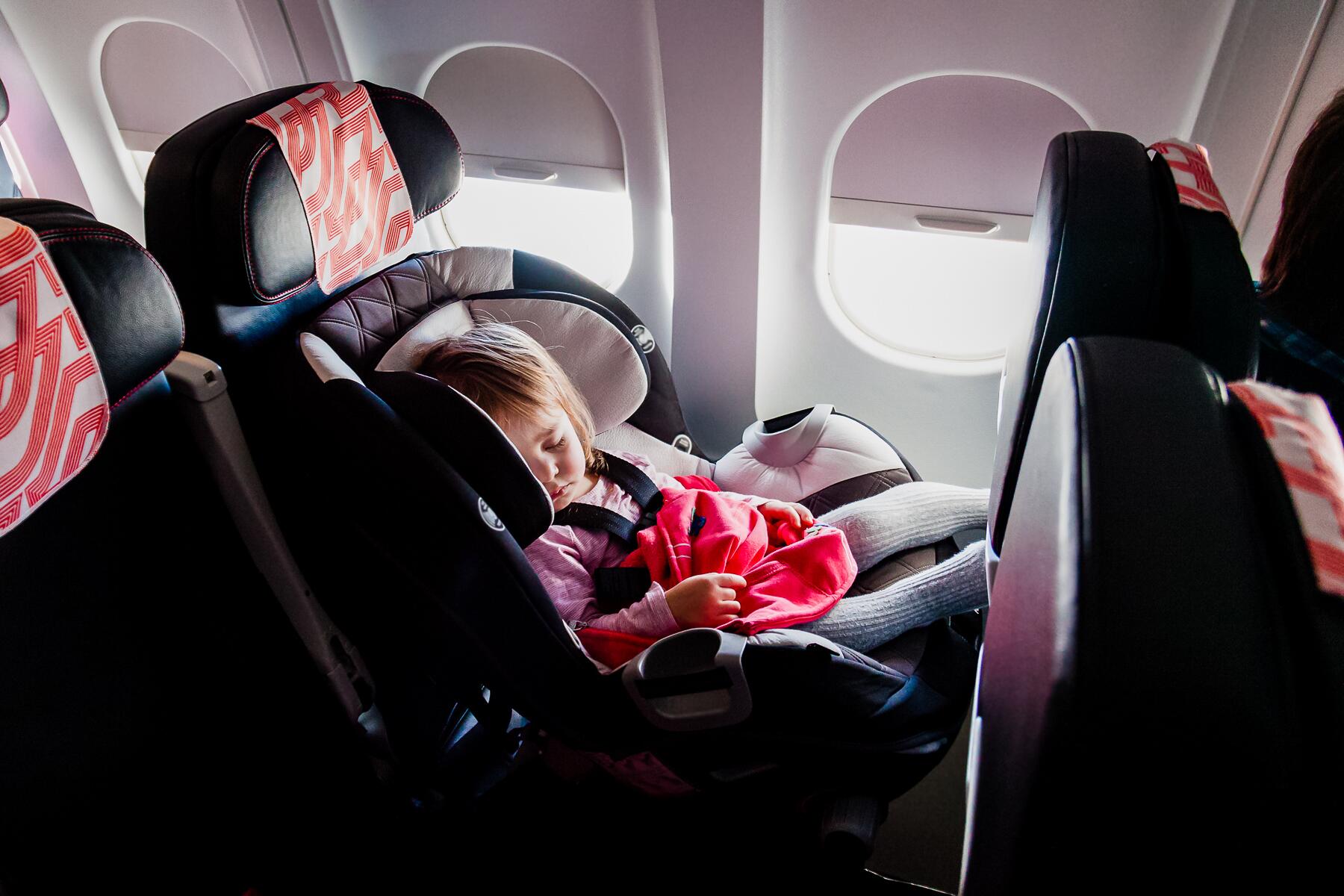 There are a lot of safety reasons to bring your child’s car seat on board. Not only will your little one be more secure in case of turbulence, but the seat itself will also be safer from some of the mishandling that can occasionally occur with baggage. But the benefits of traveling with the car seat on board extend far beyond safety. For most kids, it’s a comfort thing: They know this seat and have slept in it a hundred times before, which means they are far more likely to fall asleep in it while flying than any other configuration you may dream of. Just make sure your seat is FAA approved. There should be a sticker indicating so somewhere on the seat itself, and flight attendants will check for that sticker prior to allowing you to bring the seat on board.

INSIDER TIPIf you are traveling with a lap baby and haven’t purchased an additional ticket, bring the seat anyway. Most airlines will give you a complimentary seat for your little one if there are any available after everyone has checked in. If they can’t, they’ll check your seat for you at the gate. 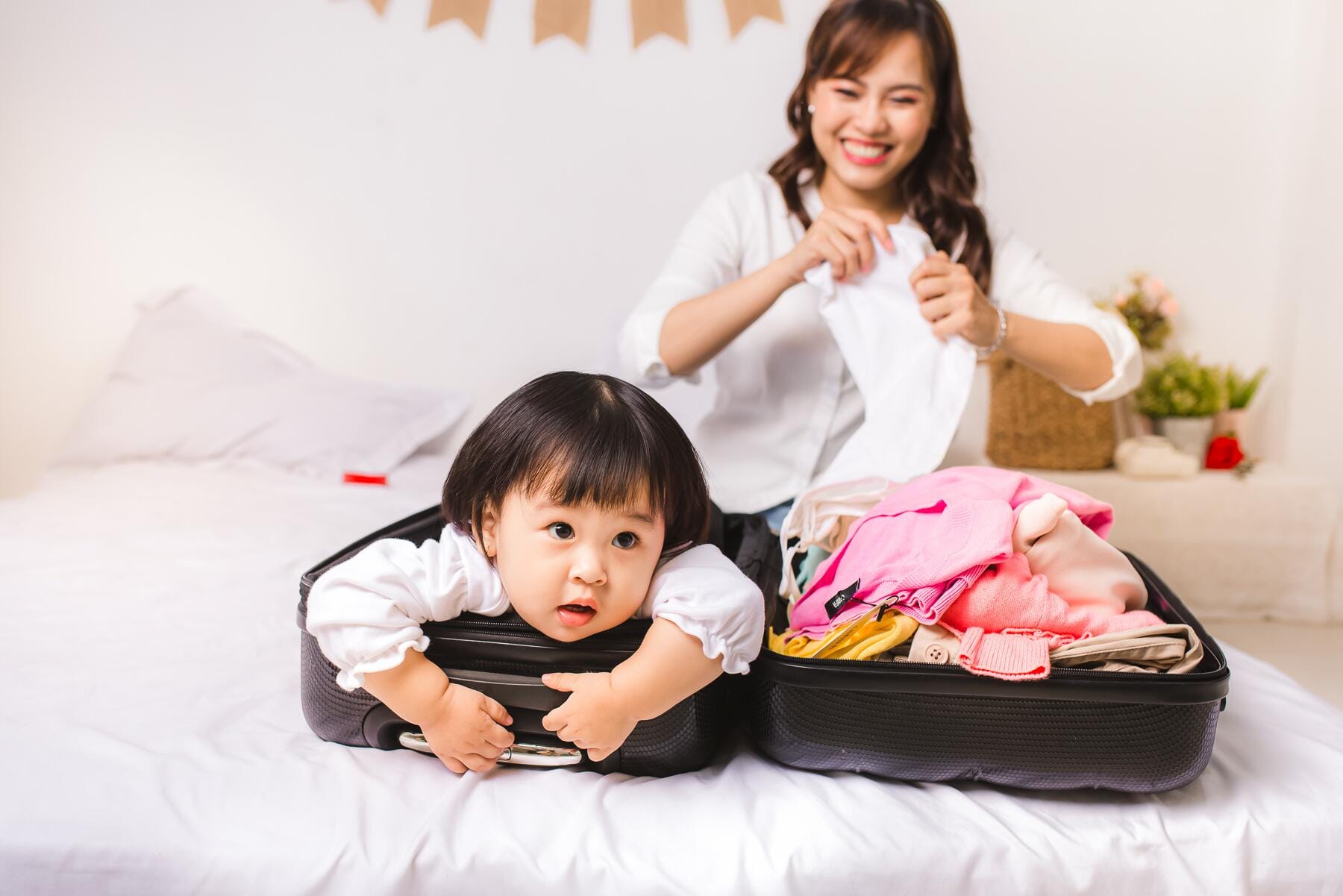 This may seem like common sense, but a lot of parents make the mistake of packing a favorite lovie or blanket in checked baggage, thinking it will more safely get to their destination that way. Some parents even refuse to bring those comfort items at all, for fear they may be lost along the way. Don’t do that to your child. Recognize that traveling is stressful for them and they may need their favorite comfort item now more than ever. Carry it on the plane and protect it like it’s the second-most valuable possession you’re traveling with (next to your kids, of course.) 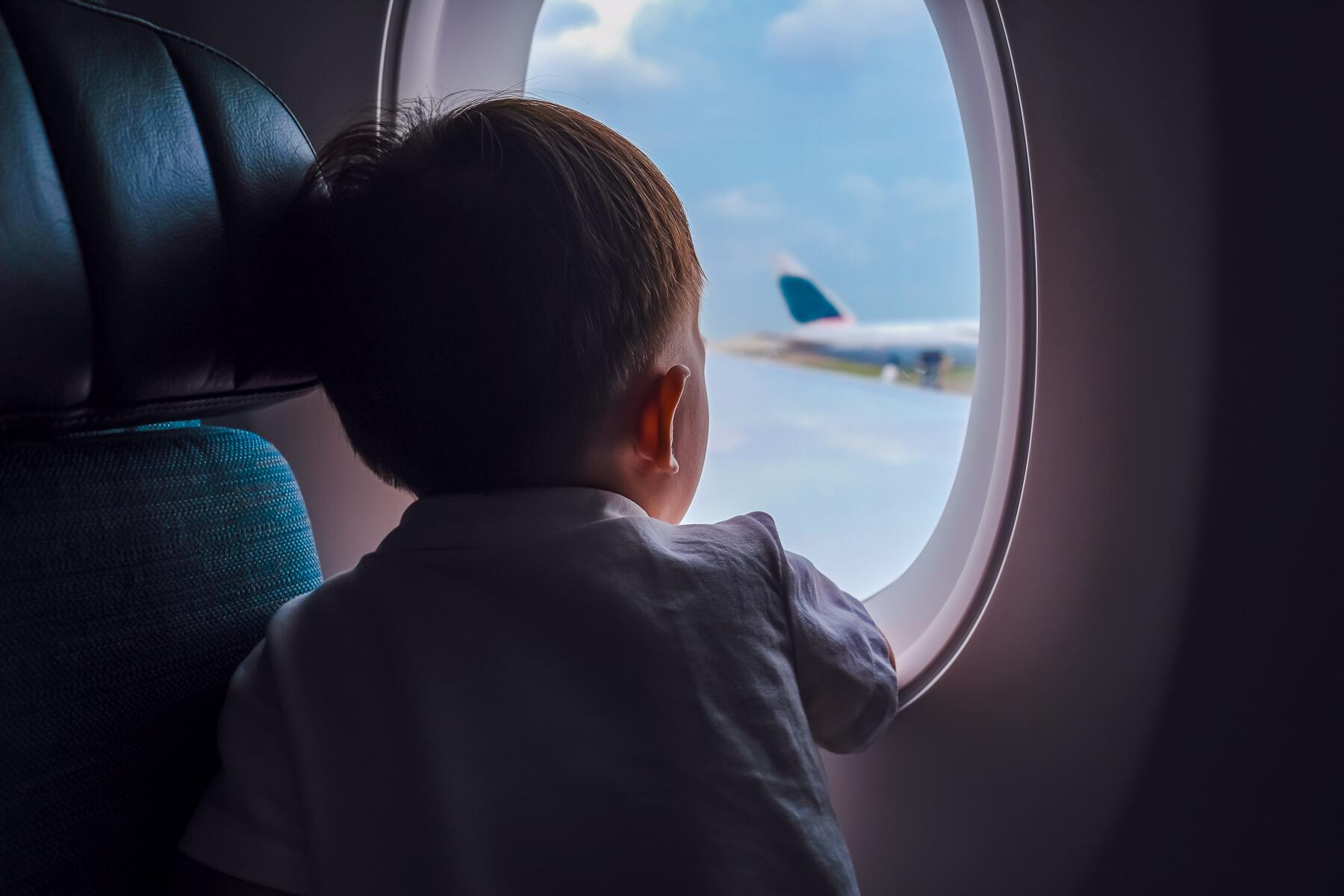 Plenty of parents throw screen time rules out the window during travel and rely on those screens to keep their young children occupied for hours on end. And that is a totally valid, sometimes extremely smart, choice. But during those nighttime hours, it’s a mistake. Not only does it set a precedent of unlimited screen time that will have your kids fighting sleep on red-eyes for years to come, it also exposes them to the blue light that is well documented to interrupt the regular sleep cycle. Save the screens for entertainment during normal waking hours, and treat the midnight plane travel the same as you would midnight at home—screen-free.

INSIDER TIPPack your child’s favorite book and some sensory engaging items (think: a toy with lots of different types of fabrics and snaps). When they’re struggling, use these items instead of screens to distract them. 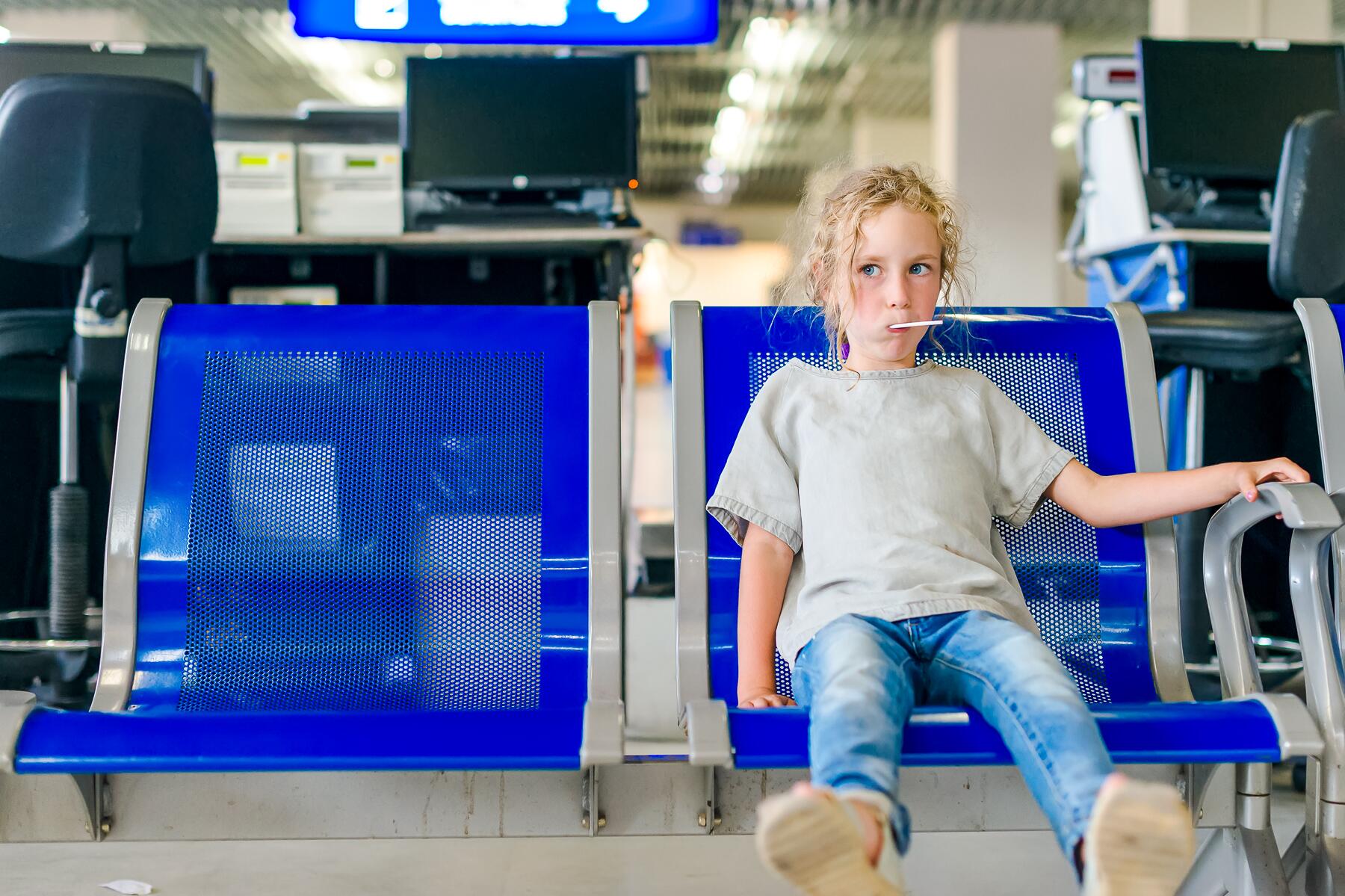 For children under two, the change in air pressure can sometimes be distressing. Especially because it’s near impossible to teach them how to pop their own ears back open, relieving the build-up of pressure, at that age. (Seriously, try to teach a toddler how to genuinely yawn for pressure relief—it won’t go at all how you’ve planned!) But lollipops are the perfect solution for both takeoff and landing. Not only does sucking on one help to keep too much pressure from building up in their ears, the slow repetitiveness of that sucking can also send an already sleepy toddler right off into slumber.

INSIDER TIPBring extras for any other children sitting nearby, and offer them discreetly to their parents if they start to shriek—you’ll be the hero of the plane! 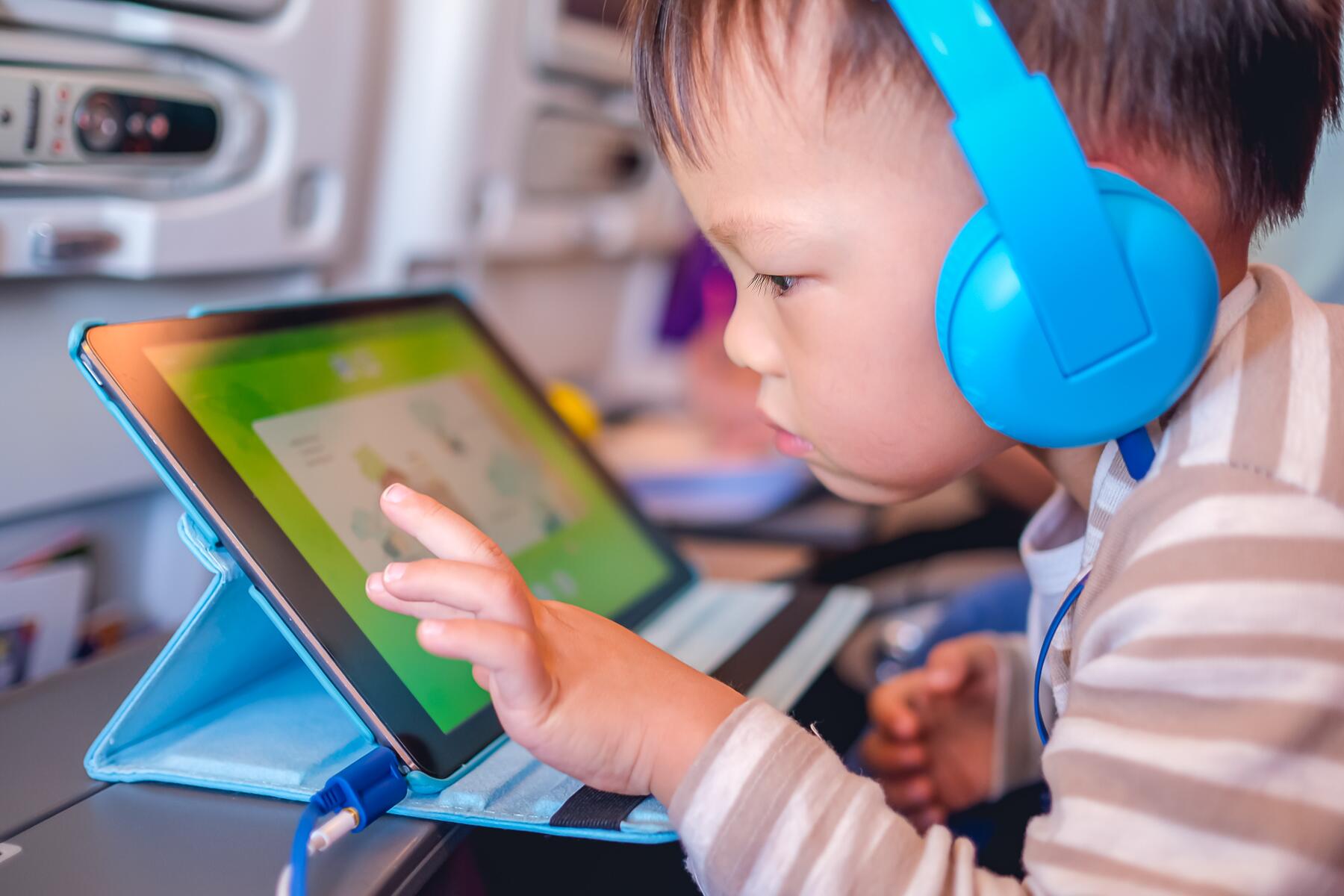 It’s one thing to get your little one to sleep on the plane, but it’s another entirely to keep them asleep. With all the strange sounds, movements, and lights blinking on and off, there are a lot of potential sleep interrupters going on. But if they’re tucked securely in their car seat, snuggling up with their favorite comfort item, a pair of noise-canceling headphones can help to ensure even deeper rest—free from all those noisy distractions that might otherwise result in a startling wakeup.

INSIDER TIPHave your child practice wearing the headphones for a few minutes at a time, at increasing intervals, in the weeks leading up to your travel. Because of how tight they need to be to work, they can be a little difficult to get used to at first. Practicing will help with that. 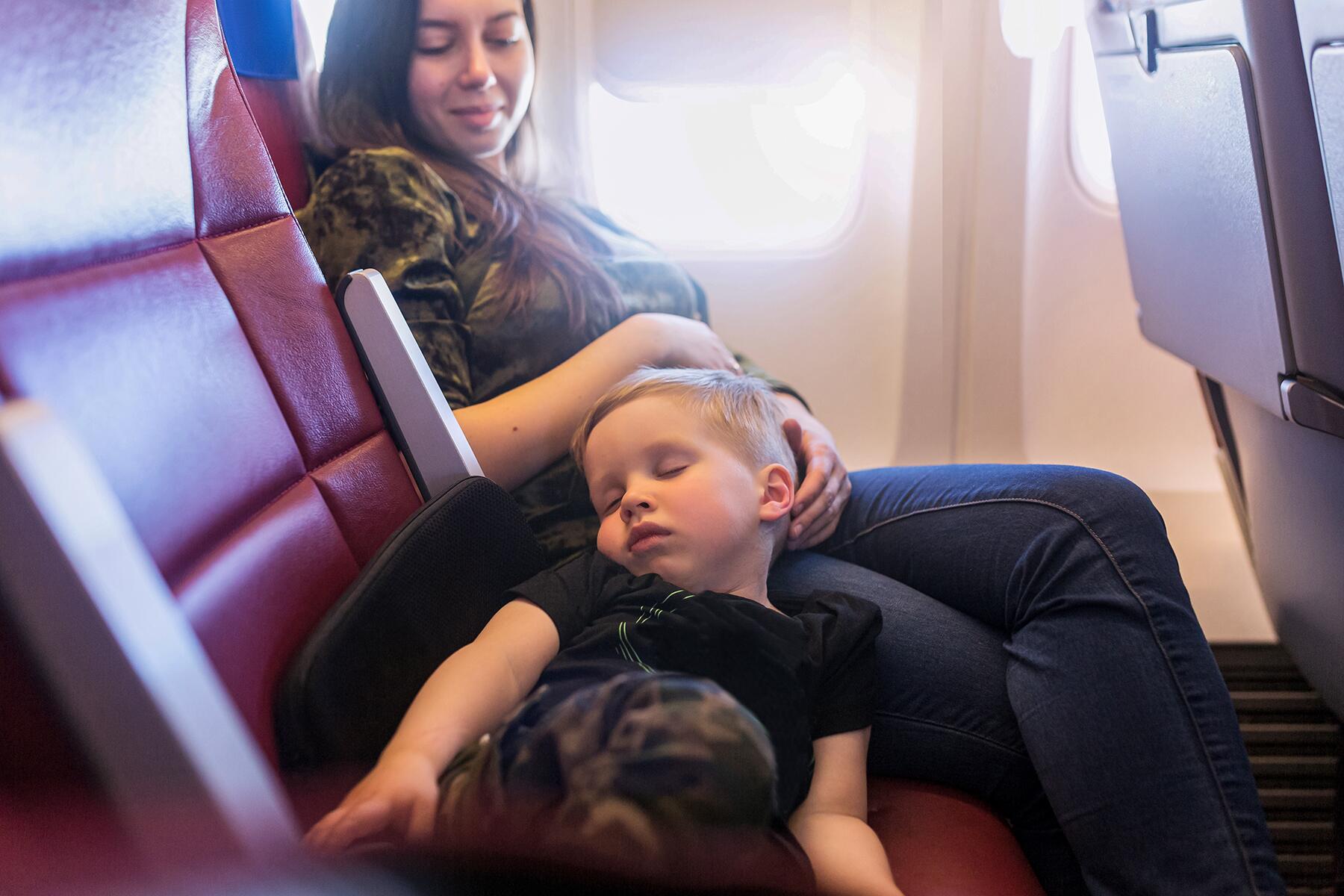 There is a window when it comes to getting a child to sleep on a plane, and your absolute best moment of opportunity is as the plane is taking off. There’s just something about the acceleration and takeoff that rocks them right to sleep. If you’re prepared as the plane is taxying to the runaway, ensuring you employ all your bedtime tricks right at that moment—having them in their car seat, with their comfort items and noise-canceling headphones, sucking away on a lolly—your little one will drift off right before your eyes, hopefully giving you the rest of the flight to rest yourself.