How to Tackle Hawaii’s Big Island Like a Pro 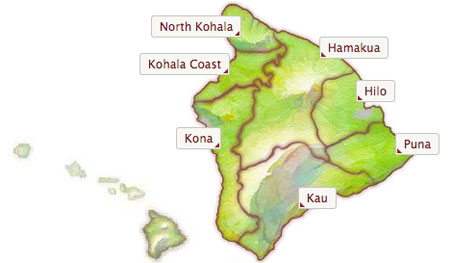 A New World mystique hovers over Hawaii’s vast and varied namesake isle. While “The Big Island” moniker may overwhelm, Hawaii Island can be easily explored in baby steps. Take enough steps—or drive enough miles—and you can circumnavigate the isle in a day (if you’re really keen), or conquer its peaks, cascading creeks, and sea in a one-week trip. Armed with a map and a compass—or an app—here’s how to tackle the tropical island like a regular Captain Cook.

First things first: a lay of the land. While some flights head for Hilo, most major carriers land in Kona—part city, part seaside town, and one of the driest spots on the island. North of Kona along historic lava flows, the Kohala Coast hosts resort-clustered shores. Upcountry, Hawaii Island’s cowboys roam in the shadow of the world’s two tallest mountains, Mauna Kea and Mauna Loa (…if you measure from the sea floor to the peaks). On the East side is Hilo’s lush and foliage-shrouded waterfalls, and as you move down to South Point—the Southernmost point in the USA—you’ll pass Kilauea, one of the world’s most active volcanoes adding over 500 acres of molten magic to the island since 1983. 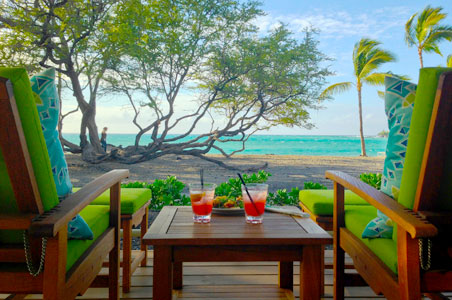 A brood of Big Island hotels hangout in Kona; resort life unfolds along the nearby Kohala Coast; and inns and small bed and breakfast outposts are scattered over Orchid Isle’s side streets. To get a sense of all three, we recommend starting with a bird’s eye view of Western shore at the six-room coffee-estate-slash-barefoot-retreat in Kona coffee country at the Holualoa Inn.

For a taste of the beach life (of the cottage variety), drive 40 minutes North and settle at the bottom of an 1890s flow where lava meets beach at the 2012-built, four-cottage Lava Lava Beach Club. Bonus, every night at 5 pm appetizers and cocktails are delivered to your porch in preparation for sundown. Finally, for a full-featured approach to vacationing, check into the Fodor’s Choice Fairmont Orchid to stay, spa, sip, savor, and swim under one (open-air) roof. 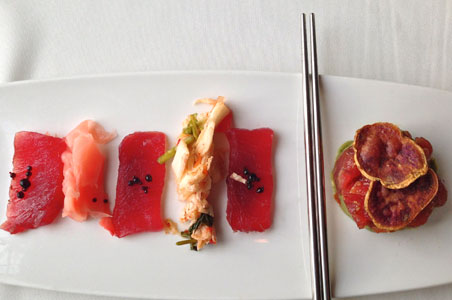 Boasting 4 of the world’s 5 major climate zones, Hawaii Island’s garden-, farm-, and ocean-to-table fare is so fresh, some restaurants even advertise a 15-mile sourcing radius. Reeling in a boat load of fresh, Da Poke Shack quietly chops just-caught ahi seven days a week in a standing room-only lunch market visible only by a neon-colored sign and two picnic tables outside. The $10 poke bowl (we love the dynamite poke with avocados) is so mouth-watering and tender, you’re likely to join the school of regulars.

Another local favorite using the locavore approach (before it was even a thing) is Peter Merriman’s self-named outpost. One of the pioneers of Hawaiian regional cuisine, Merriman now transports his culinary handiwork from Waimea to other restaurants in the Kohala Coast, Maui, and Kauai. Try the wok-charred ahi (seared on the outside, sashimi-like on the inside) or the macadamia nut-crusted ono in a miso wine truffle reduction. 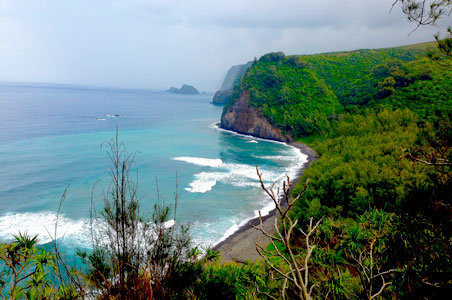 Bubbling lava, black- and white-sand beaches, cascading waterfalls, awe-inspired lookouts, and every other natural wonder under the sun show off Hawaii’s many microclimates.

Plan a heart-pumping hike overlooking Pololu Valley’s steep and palm-packed cliffs, and trek downward to the rocky and wind-swept beach below; or, head to the Waipio Valley Lookout to shimmy on foot down a 25%-grade paved path (used by some locals and tours companies as a road, but beware, it’s not covered in many rental car agreements) to a black sand beach, and the boyhood home of famed Hawaiian King, Kamehameha I.

On the Hilo side, just North of Hawaii’s largest city, drive the 4-mile scenic route along one-lane bridges and Tarzan-tropical foliage—complete with vines that brush the top of your car—toward the Hawaii Botanical Gardens, then visit Akaka Falls, tumbling 442 feet into a steam-eroded gorge in the center of a rainforest.

Finally, the hot-ticket items: volcanoes and lava. An hour from Hilo, Kilauea continues to broil below the earth. An active cauldron of lava still bubbles at the peak, while at its base the Pu’u ‘O’o vent slowly flows, creating more mass, and an opportunity to map new ground like the explorers of old.

Insider Tip: For safety reasons, book a tour to see the Pu’u ‘O’o flow. There are no paved paths, and good physical condition is required to walk over the sometimes-unstable lava. Best viewing happens after sundown, so many tours walk home by flashlight.