News Tina Charisma 'Regenerative Travel' Is the New Buzz Phrase, but What Does It Mean?
Home  >  News   >   The Cheese-Lover’s Guide to France (with Map!)

The Cheese-Lover’s Guide to France (with Map!)

“Each sort of cheese reveals a pasture of a different green, under a different sky,” writes Italo Calvino. I like to think of his words as I curl my fingers around a dusky, mellow rind of French cheese. Whether we are conscious of it or not as we grasp the knife, slicing into such a fromage lays open the world in miniature. Here is the placid scent of chamomile, the chime of cow bells, the sun illuminating the French countryside through wisps of cloud—all the redolent remains of the day when the cheese was born. 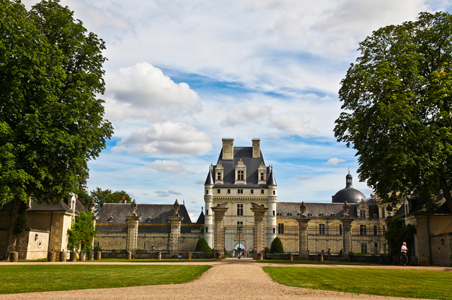 Such days—and such cheeses—are easy to find across France, provided you have a rental car and a sense of adventure (or at least a GPS). Thus equipped, there’s nothing stopping you from setting out for the Loire Valley, land of châteaux and chèvres. Be sure not to miss the Chateau de Valencay, where Napoleon is reputed to have severed the top of the flattened pyramid of goat cheese known as Valençay. From there you can bump along country roads looking for signs promising vente de fromages, to farmhouses offering such tangy, goaty treasures as St. Maure de Touraine, a log-shaped chèvre that comes with a paille or “straw” down its middle.

Insider Tip: Pull the paille to see if it’s imprinted with the name of its maker; it if does you have an official, AOC version of the cheese, not to mention an unusual souvenir. 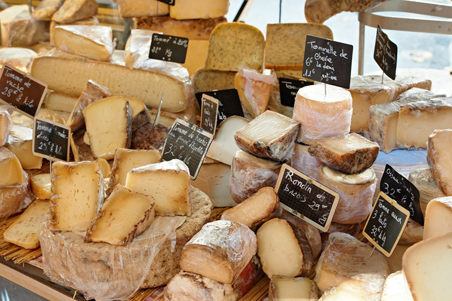 Or head west of Paris into Normandy and the old pays of the Auge. There, the village of Vimoutiers still holds its market, virtually the same marché at which Marie Harel, famed creator of Camembert, once sold her cheeses. Have a gander at the stalls and check out the statue of Harel on one side of the village square, but hold off on buying a Camembert just yet. For that, you want to head up the road past the postage-stamp village of Camembert to the farm of La Héronnière, home of François Durand, the last farmhouse maker of the cheese. Here, you can see unctuous rounds growing furry white mold and buy your egg-y, mushroom-y Camembert from Durand himself. 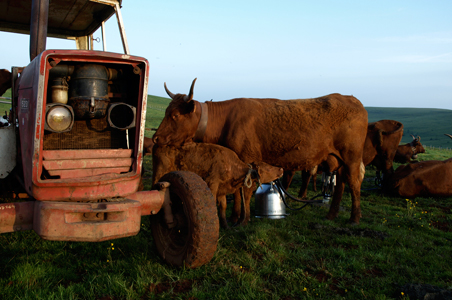 A bit farther afield is the village of Salers, in the Massif Central, one of the “five most charming villages” in France, or so the signs proclaim. They don’t lie. Stay at the Hotel Saluces where you can rusticate after lunch with a book on the patio amongst the climbing roses, then take the short drive down the highway to visit the Buron d’Algour for the evening milking and making of Salers, a cheese so rare even many French people haven’t heard of it. Ask for a well-aged hunk and enjoy the sharp, cheddar-like bite, perhaps after a short hike up the Puy Mary, one of the ancient volcanic peaks that puncture the earth around Salers, and whose once-fiery soils are said to imbue cheeses with their zing. 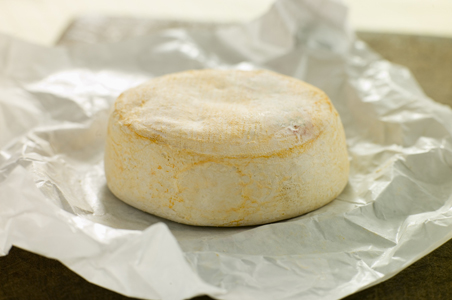 From here you can dip south to the famed Roquefort caves, or head over to the Alps, where the thing to do is wander about the peaks with an itinéraire des fromages—a cheese map—looking for alpages. These little cheesemaking château dot the mountainsides, where they churn out a variety of stunning rounds. Nearly every valley boasts its own variety of tomme, and the truly intrepid can seek out a high elevation alpage to see Beaufort, the cheese Brillat-Savarin dubbed, the “prince of gruyères,” being made much as it has been for centuries. If you’re there in fall, you can catch the Retour des Alpages, held by the city of Annecy, where revelers swill beer and eat as much tartiflette geante—potatoes smothered in the sumptuous Alpine cheese known as Reblochon—as they can hold.

But wherever your French cheese wanderings may take you (even if no farther than rue Cler and the cheese-stuffed, Parisian counters of Fromagerie), one truth will remain. For French cheese is not only a pasture, or a day, it is, in the words of the famous cheese monger Pierre Androuët, “the soul of the soil.” And it’s a soul the French are eager to share. 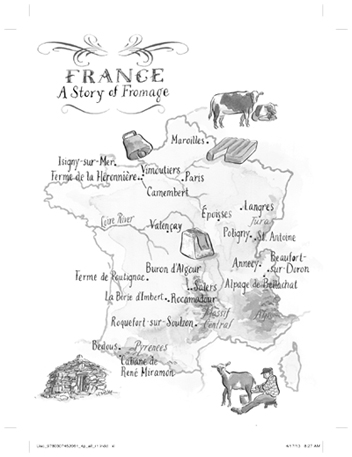 A native of Wisconsin, “America’s Dairyland,” Kathe Lison is an award-winning essayist whose work has appeared in numerous literary journals, and a recipient of an Emerging Artist Grant from the Utah Arts Council. She lives in Arizona and just published her book The Whole Fromage, available now.