The 15 Best Supper Clubs in the Midwest

Ask any supper club owner to describe what a supper club is exactly, and many will say, “They’re difficult to describe but easy to recognize.” Luckily for us, the supper club has its giveaways, including Midwest origins, old-fashioned sweets, relish trays, and rib eyes. Couple those with an atmosphere that conjures nostalgia, brings friends together, and helps guests to feel at home, and you have yourself a place to sit and stay a while. From Iowa to Indiana, here are 15 of the Midwest’s best supper clubs. 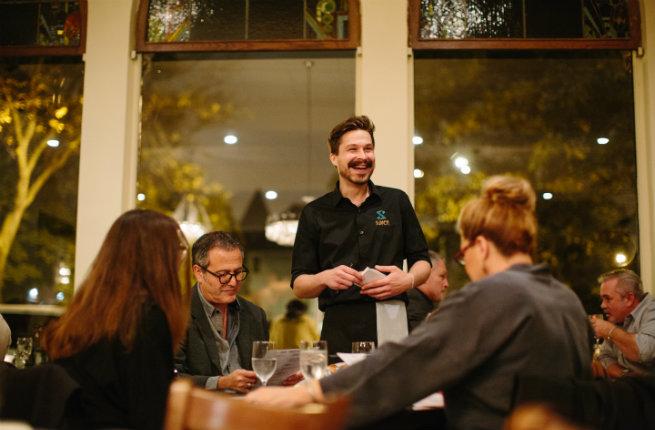 The team at this recently opened venture aimed to infuse the best elements of the standard Midwestern supper club with modern culinary and mixology panache. The results? A menu showcasing contemporary practices mixed with old-school flair, as evidenced in the Lazy Susan, a gussied-up take on the classic with smoked trout mousse and black truffle deviled eggs. Cocktails see some updates, too—an entire section is dedicated to modern drams such as the Shorecrest, with Greenall’s London Dry Gin, coriander-pear syrup, sparkling wine, and a cilantro-pear wafer.

Just minutes from downtown Minneapolis, Crooner’s showcases national and local musical talent in two spaces: a spacious and throwback-inspired lounge that offers shows sans cover charge nightly, and “The Dunsmore Room,” an 85-seat listening parlor that hosts big names on a monthly basis. Once settled in, stay a while; a crooner-themed cocktail menu pays homage to the great singers of the 40s, 50s and 60s, like the “Dirty Dean Martini,” a concoction of Ketel One, dry vermouth, and olives. 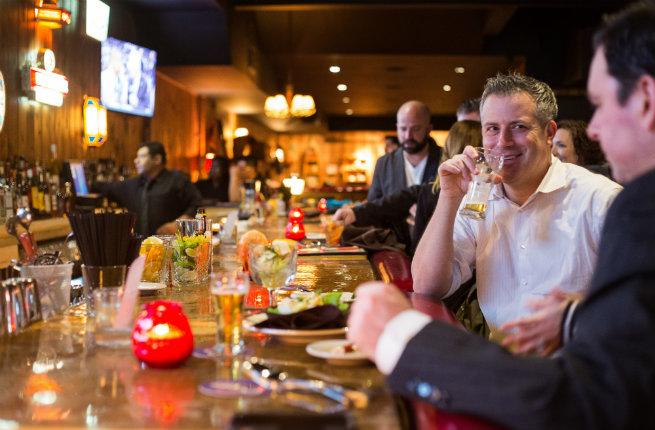 This is the only Wisconsin-style supper club in Chicago, and its April 2016 opening makes it one of the newest in the entire Midwest. Located in the city’s Lincoln Park neighborhood, the restaurant features all of the classic fixings, but on a more accessible rotation (think fish fry and prime rib nightly instead of just Fridays). A backwoods-inspired bar menu featuring cocktails like Grasshoppers, Pink Squirrels, and Brandy Alexanders further transports guests up north.

Tosca Benedetti opened this supper club in 1945 when it was best known by locals for the Friday night fish fry and her homemade coleslaw and tartar sauce. Tosca’s grandson, Elmer, purchased the operation in 1995 and continues to oversee its operations today, including the Friday night—and now Wednesday night—fish fry, which still highlights Tosca’s recipes. Other house favorites range to include prime rib, BBQ ribs, old-fashioned sweets, and the Mile High Grasshopper. 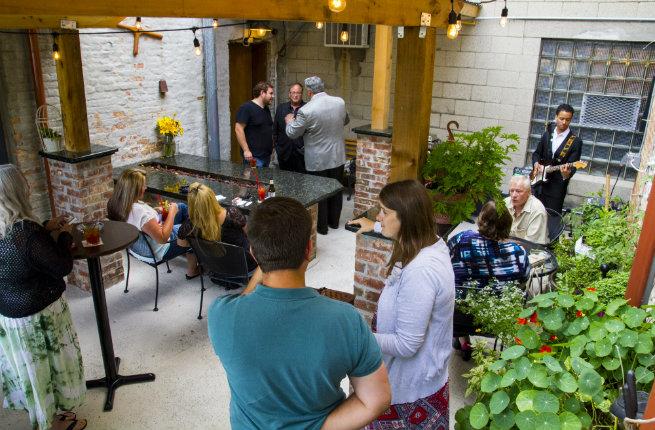 This West Milwaukee steakhouse-meets-supper club prides itself on quality service and fare, such as Brandy Old Fashioneds and barrel-cut steaks. They’ve surely mastered all of the above by now—it’s been 70 years since their March 1946 opening in the city’s Avenues West neighborhood. Between on-point hospitality and plates, they’re also big on bettering their community—the restaurant hosts several fundraisers and special events throughout the year, including a recent car show supporting local veterans.

Opened in 1968 as Ed Sullivan’s, this small-town destination continues to draw visitors for its consistent quality and impressive views of the Mississippi River. Their best seller may be the Tips & Shrimp (a surf-and-turf variant of grilled tenderloin tips), but the restaurant’s Irish origins influence the menu just the same: a corned beef and cabbage dinner is served on Sundays and Mondays from January until St. Patrick’s Day. 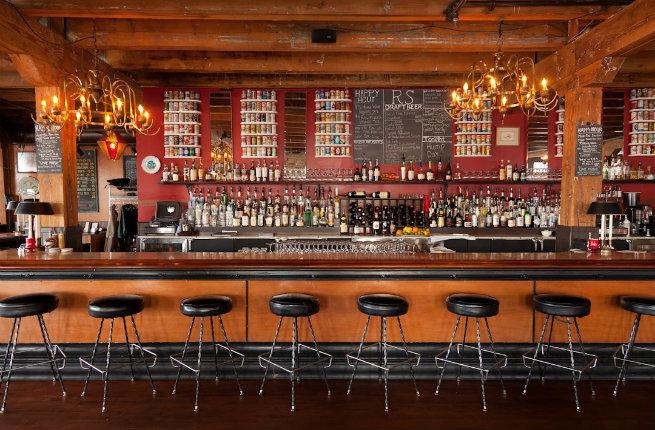 You might not recognize this spot during brunch hours when pancakes and benedicts reign, but that all changes come dinnertime. Located in the Old St. Anthony business district of northeast Minneapolis, the restaurant is best known for its seasonally driven and modernized menu items, which accounts for 20-ounce rib eyes and raw kale salads alike. Even the beef Stroganoff—a house favorite of seared elk with house-made noodles, crème fraîche, and preserved yellow tomatoes—showcases a contemporary approach.

There’s something on almost every night of the week at this 1940s-era supper club, which is located in the heart of Oshkosh. While Friday is reserved for fish fry, old world German standards hit the menu on Tuesday, and every Wednesday sees a “mounds of batter-fried shrimp” special. The weekends get even better, when the kitchen turns out slow-roasted prime rib served with au jus. 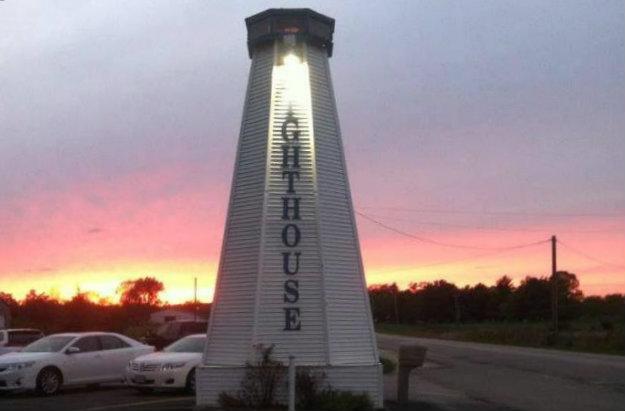 Lighthouse Inn Supper Club celebrates its 104th year in business this year. This cozy spot was originally built as a small hotel for guests to visit for drinks, dinner, and an overnight stay at one of the property’s former cabins (travelers beware—on many occasions those visitors included Chicagoland mobsters, such as Al Capone and John Dillinger). Be sure to spring for the BBQ ribs—fall-off-the-bone pork ribs that come covered in a housemade secret sauce.

It doesn’t get any more Midwest than Timmerman’s, located on the border of Iowa, Illinois, and Wisconsin. Come early for one of their specialty Old Fashioneds, Manhattans, or vodka martinis, and to ensure a seat for the sunset. Floor-to-ceiling windows on three sides of the restaurant overlook the Mississippi River Valley, equipping the restaurant with dinnertime crowds and its tagline: “Where the food and beverages are as spectacular as the view.” 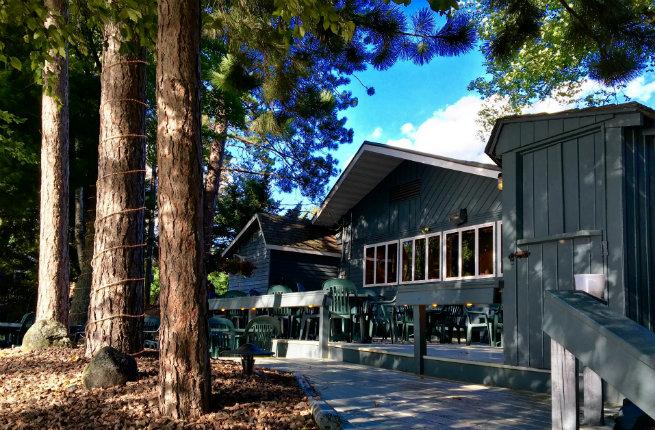 Situated on Maiden Lake, this supper club has no shortage of stellar views of crystal-clear waters (290 acres of them, to be exact). As such, local seafood is their specialty. The team goes through more than 4,000 pounds of walleye each year, an especially staggering number once you realize that each piece was pin-boned by hand and lightly breaded before serving. In terms of turf, it’s all about the porterhouse and slow-roasted Hudson Valley duck, served over rice alongside raspberry lime citron sauce.

The location of this eatery—inside a converted turn-of-the-century home in downtown Beloit, Wisconsin—may not have changed since the 1940s, but history can’t say the same of its name.  Over the years it’s been dubbed everything from Quinn’s 615, Danbie’s 615, and Billy’s 615, and when Greg and RayAnn Hatley reopened the venue in 2007, they kept only what stuck: 615. Opt for the brandy Old Fashioned, relish tray with pickled herring, and cinnamon roll-bedecked bread basket. 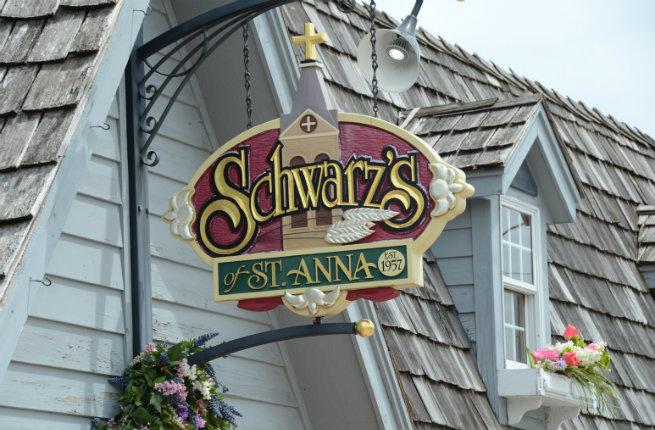 What started as a one-room eatery in 1957 has now been remodeled into Schwarz Supper Club, a space capable of accommodating the demand that has grown right along with it. Still, some things never change—second and third generations of the Schwarz family continue to helm the operation. Located appropriately in Calumet County, the Supper Club Capital of the Midwest, the venture is best known for its hearty serving sizes, in-house cut steaks, and secret steak seasonings.

The Otter Supper Club and Lodge

If you’re committed to making the trek to this Route 78-situated supper club, you may as well spend the night. Fifteen rooms round out the lodge portion of the 1968 property, which also features a liquor store. Make sure you arrive with ample time for dinner, when live music scores an evening full of surf-and-turf favorites like lobster tails, baby back ribs, and Parmesan-fried walleye.

Before housing Heston Supper Club, this building was home to a dairy, general store, and tavern that served its small community. It wasn’t until 2000 that “supper club” joined its title—a move by owners Tim and Jackie Ohlund to showcase to guests their commitment to hospitality and tried and true offerings, from pork chops with fire-roasted apple chutney to hand-cut and dry-aged steaks. Cocktails may be the draw at other supper clubs around, but here it’s all about the wine list, an impressive collection that garnered an Award of Excellence from Wine Spectator.