News Apeksha Bhateja What Are the Chances You'll Get Monkeypox at a Hotel?
NewsStarter Kit to Ethiopia

Boldly emerging on the tourism scene, Ethiopia (aka the "cradle of humanity") claims wonders like the purported site of the Ark of the Covenant; "Lucy," one of the earliest skeletons of mankind; and no fewer than nine UNESCO World Heritage Sites. The country’s delectable cuisine and coffee are rightly world-famous, while its deeply engrained culture is positively alluring. Add in majestic scenes of the soaring Simien Mountains and wild lakes laden with hidden monasteries for a tempting travel landscape where culture, nature, and history converge.

Ultimately, though, it’s the people that breathe life into this primal land, like the ancient nomadic jungle tribes that fiercely protect Southern territories—encountering them offers a peek of the last bastions of primeval African heritage. Despite some unsettled borders, the country is safe for visitors. Small escorted group tours are a good way to enjoy the full experience with a safety net of like-minded people. Ready for a journey of a lifetime? Here, we set out to demystify Ethiopia. 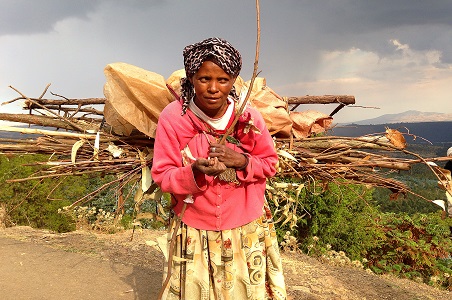 Why Go? The capital is a surprising paradox. Tradition meets modernity, as Ethiopian women order macchiatos in coffee shops, while just outside, robed rural cattle-herders wander by. Gleaming shopping malls intersect with muddy unpaved roads lined by tiny tattered tents selling cheap goods. A kaleidoscope of color, Merkato marks the largest open-air market in Africa—hire a guide to explore it in safety and comfort, as a walk-through is a cultural assault of the senses. For grand city views, head up Entoto Hills, passing by scenes that are telling of city hardships (i.e., elderly women doubled over carrying firewood). Only in Addis Ababa will you find multinational chain hotels; Radisson Blu, Sheraton, and Hilton hotels are synonymous with luxury in Ethiopia.

Axum to Gondar, via the Simien Mountains 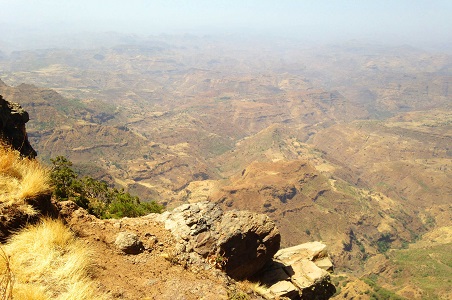 Why Go? Axum was once the capital of Africa’s oldest empire, dating back to 400 BC. Here, UNESCO-protected stelae jut into the sky, defying architectural gravity. Axum also claims to house the most fabled biblical relic of history: the Ark of the Covenant, said to inhabit the Chapel of the Tablet (though, to further fuel the mystery, no one is allowed to see it). From here, a rugged three-hour uphill walk along a bumpy track leads into the majestic Simien Mountains, a series of undulating amethyst peaks. Scale the "Roof of Africa" across plummeting canyons, amidst a gamut of wildlife. The regal city of Gondar, a short drive away, offers contrast, with well-preserved grand palaces lining the former empire. Most impressive is the Fasilidas fortress at the UNESCO site at Fasil Ghebbi, where the annual Timkat religious festival is a highlight on Ethiopia’s cultural calendar.

Insider Tip: Don’t be alarmed if you’re accompanied through the Simien Mountains by Kalashnikov-armed guards. They’re there to ward off over-friendly animals; the mountains are now free from bandits of earlier decades. 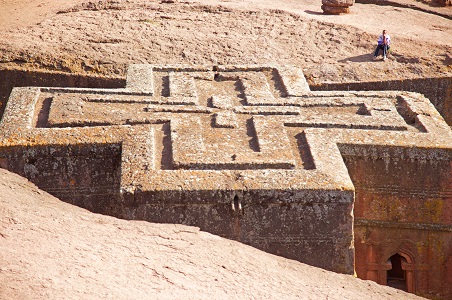 Insider Tip: The churches are set in two clusters: North and East. You can easily spend half a day browsing each, but don’t miss the nearby market, especially eye-catching for unique local culture. 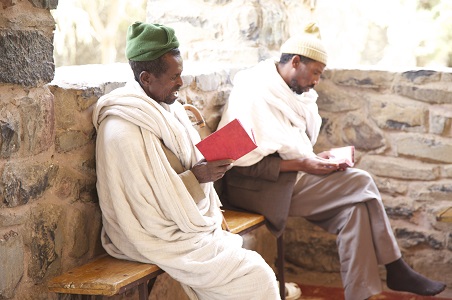 Why Go? Slicing through the serene still waters of Lake Tana, gliding along on an old boat is remarkably pacifying. The lake, which ultimately feeds the River Nile, is a flight and short drive from Gondar. Hidden within, 30-plus island monasteries are filled with vivid 12th-century frescoes. 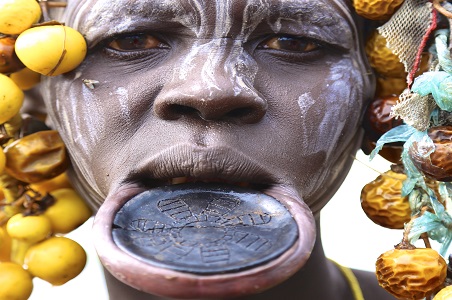 Why Go? Southern Ethiopia contradicts and complements the historical north of the country, separated by the dramatic Rift Valley (it’s the only geographical feature visible from the moon). Murky sodden lakes, deep-red earth, and ocher-gushing rivers vie for attention against lush tropical vegetation. Monsoon rains make travel challenging, turning dirt tracks into mud pools, but make it through and you’ll be rewarded by encounters with some of the oldest tribes on the planet. A few days’ drive leads to the Lower Omo Valley, a prehistoric site touting unearthed fossils fundamental in the study of human evolution. It’s also home to the starkly beautiful Mursi tribe, whose women insert five-inch decorative plates into split lower lips, for beauty. Mursi men feature subcutaneous markings, depicting their clan. Machetes and Kalashnikovs are a common sight, used to protect their cattle-herding livelihoods. Market mornings are surreal sights, where entire communities convene (the Turmi or Key Afer markets are best). Hamer tribeswomen, meanwhile, feature tightly-knit braided hair covered in red earth and butter, and their breasts and backs are exposed, which bear deep scars from pre-wedding ritual slashings.

Why Go? A sanctuary of serenity, Yirgalem, near the Kenyan border, features endless coffee plantations. A relaxing way to end a busy itinerary, walks can be arranged through coffee, banana, and avocado plantations and nearby villages.

Having traveled to 80-plus countries, Anisha Shah intrinsically uses her BBC TV & Radio News journalism background, connecting with and documenting people in all corners of the globe. Traveling extensively through Ethiopia, and choosing to go alone, was a successful challenge. She’s now planning trips to South Sudan, Iraq, and Senegal.