News Apeksha Bhateja What Are the Chances You'll Get Monkeypox at a Hotel?
NewsStarter Kit to Chile

Chile is full of surprises. I should know. I was one of the hosts of "Confessions of a Travel Writer" on the Travel Channel, and we filmed in Chile for the show. Unfamiliar with the country, I had sheep and wine in mind, but was introduced to buzzing cities like Santiago, Valparaiso, and Patagonia and, since filming, I return frequently to explore old and new.

Unlike most of its South American neighbors, Chile boasts regional destinations that differ starkly from each other. Visitors feel like they get bang for their buck when they can have diverse experiences in just one trip. From the sublime, dry deserts of San Pedro de Atacama and the grungy city of Valparaiso to the visually commanding landscapes of Patagonia, and mysterious Easter Island, Chile has so much to offer you’ll want to take weeks to see all of its highlights. Here’s a starter kit to Chile’s most popular regions to help you build the perfect itinerary.

Of course, our summer is their winter, but a trip like this deserves heaps of planning and anticipation, so these are also our best reasons for starting now. 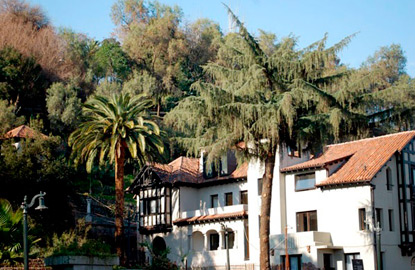 Most visitors only spend a day or two in Santiago thinking there’s not much to see in the sprawling city but Santiago has recently been growing as a cosmopolitan destination. A facelift to the infrastructure was mainly due to 2010’s bicentennial (which included new cultural and shopping centers, bike lanes, and a general citywide overhaul), and the city hosted the first international Lollapalooza festival last year.

While it still feels a little industrial and moody, Santiago is constantly reinventing itself, having emerged from Pinochet’s last rule in 1989. The Metro system is clean and cheap, and stations are adorned with colorful murals and art. Barrio Bella Vista is the choice stomping ground for culture vultures. It’s home to shops, galleries, theaters, cafes, and buzzing restaurants. Check into the Aubrey Hotel (rates from $240/night) a 15-suite restored mansion right in the heart of the action.

Don’t Miss: The historic Central Market (inaugurated in 1872), touted as having some of the freshest conger eel (a local dish) in the city. 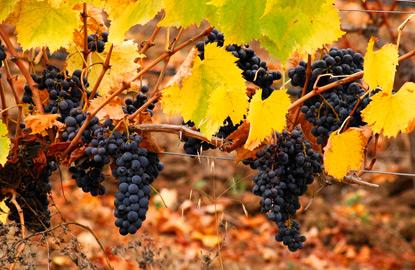 The grungy, artist-filled city of "Val-po" may be only a two-hour drive from Santiago but it’s a world away. The port town is raw and edgy and beautiful, set on 42 hills that roll down to the sea. The UNESCO-appointed city is drenched in vibrant colors—on concrete walls to wooden doors to barren gates—as it’s one of only two cities in the world where street art is legal and blatantly ubiquitous (murals are often commissioned by the government). Check out the open-air museum and La Sebastiana, Pablo Neruda’s House and Museum.

Additionally, Valparaiso is a launching point to some great vineyards in popular Maipo, San Antonio, and Casablanca wine regions. Indomita is one of the most popular in the country, set on 1,230 acres in Casablanca Valley. Appreciate biodynamic wine at Emiliana, an eco-friendly winery that produces its own olive oil and honey. The 25,000-acre Matetic on a 19th-century farm offers seven rooms in their rustic hotel. Finally, wine enthusiasts can make their own wine at Undurraga in the Maipo Valley. Visitors blend their own wines, cork the bottle, label it and give it a name. Best gift ever?

Check into Casa Higueras (rates from $285/night), a 20-room historic home that has sublime views of the port with chic and modern rooms and claw-foot tubs in the spacious bathrooms. It’s also home to Montealegre Restaurant, known as one of the best in the city, serving fine Mediterranean cuisine. Sun-seekers head a short drive north to Vina Del Mar for the coast’s most popular beaches. 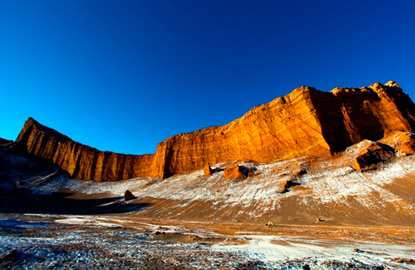 Lovers of all things sky will not be disappointed with San Pedro De Atacama: scientists have appointed it as having the clearest skies in the world, thanks to the location, little light pollution and high altitude. In fact, the world’s largest telescope is here, if that gives you any idea of what the stars at night might look like (very, very clear).

Astro-tourism aside, the Atacama Desert is a relatively off-the-radar getaway with many natural phenomenon and attractions, including sizzling geysers, salt flats and hiking through millions-year old valleys. The small village of San Pedro is lively with a mix of backpackers, outdoor enthusiasts, and big spenders.

More recently, all-inclusive luxury resorts have popped all over the desert. The slightly removed, 32-room Tierra Atacama (all-inclusive rates from $1,050/two nights/double) has some of the best views of the Andes and iconic Licancabur Volcano, with expert desert guides to boot. Within the village is Casa Atacama (all-inclusive rates from $690/two nights /double), a swanky, modern boutique with tons of local flavor (from design to cuisine).

Don’t Miss: Take a dip in one of the natural pools at the Puritama hot springs. 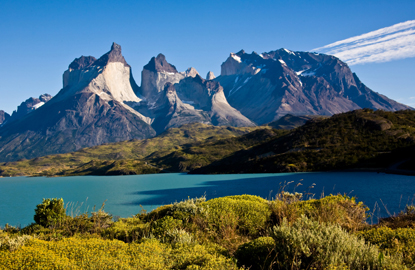 The rumors are true: Patagonia is one of the most beautiful places in the world. With a flat landscape marked by real gauchos and au naturale camps and estancias and a whole lot of sky, the southern region of Chile is a must when visiting.

Its home to Torres del Paine National Park, which inspires travel experts, writers, and visitors alike, and its commanding centerpiece, Cordillera del Paine, is the punch that takes their breath away. Visitors kayak in iceberg-laden Lago Gray (they don’t forget to sip the pure water in which you buoy), hike through natural preserves, and try a local beer or Pisco sour in Puerto Natales or Puntas Arenas.

In Isla Magdalena, just 45 minutes from the coast and surrounded by the Strait of Magellan, you can march with tens of thousands of Magellan penguins waddling in their natural habitat. The newest hotel is Singular Patagonia (all-inclusive rates from $580/night) a 57-room, eco-friendly, luxury resort inside a former cold-storage plant.

Don’t Miss: Any of the lakes for kayaking, where you can drink straight from the natural glacial water. 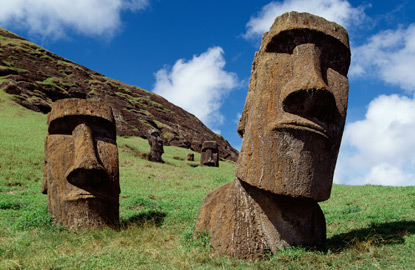 While Chile’s Juan Fernandez islands (the inspiration for Robinson Crusoe) is emerging as a popular destination, Easter Island—five hours flight from Santiago—is still the country’s iconic island. Experts have been stumped as to how natives designed massive, mysterious tiki sculptures from volcanic rock and moved them from inland quarries to the coast. But there’s more than statues. Visitors check out the volcano crater Rano Kau, Orongo rock carvings and even a museum.

Set up camp at Explora Rapa Nui (all-inclusive rates from $2,385/3 nights) in the center of the island for excursions with guides that have encyclopedic knowledge of the culture and attractions. All 30 rooms have ocean views.

Don’t Miss: Take a stroll along the sublime Anakena Beach.