News Apeksha Bhateja Have $340,000 and Want to Vacation in a Survivalist's Paradise?
NewsStarter Kit to Argentina

Bookended by the Andes and the Atlantic, Argentina dominates the bottom half of South America. More than just large, the country is long and you can encounter everything from sub-tropical rainforests to sub-Antarctic tundra by traversing it tip-to-tip. Such variety gives Argentina broad appeal—especially when you add one of the world’s most vibrant cities into the mix. Of course, the wealth of choices also makes drafting an itinerary difficult, so we’re here to help you prioritize. 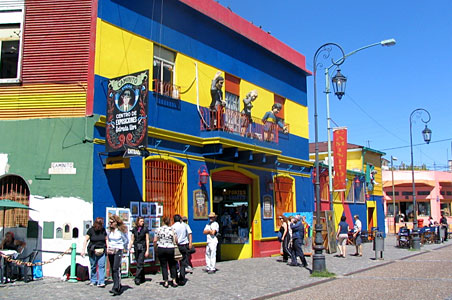 Because its boulevards and belle époque edifices evoke the French capital, Buenos Aires has been dubbed the "Paris of South America." But if you need reminders that you’re in an entirely different hemisphere, they’re easy enough to find. Simply pop into a milonga crowded with tango aficionados; ogle the colorful buildings (and equally colorful football fans) in La Boca; peruse stalls overflowing with crafts and collectibles at an open-air feria; or stroll into the Reserva Ecologica for an eye full of exotic flora. Like Evita Peron, the former first lady now synonymous with the city, Buenos Aires sometimes seems ultra-sophisticated, and sometimes pleasingly unpolished. In either case, it is never boring. Sitting near the Atlantic on the Río de la Plata, it is also the best starting point for any Argentine adventure.

Bonus Points: Iguazu Falls, recently named one of the "New Seven Wonders of Nature," ranks high on must-see lists; however, a remote location on the Argentine-Brazilian border means it’s hard to reach. Buy a round-trip plane ticket from Buenos Aires and consider Iguazú a vacation within your vacation. 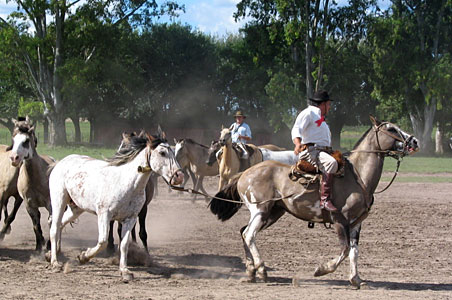 Tango dancers aside, gauchos may well be Argentina’s most archetypal residents. Being the southern equivalent of our cowboys, these fiercely independent characters symbolize a romanticized, rough-and-tumble past—and the Pampas is their traditional home turf. Rub shoulders with them by spending a few days at one of the vintage estancias (cattle or sheep ranches, some still working operations) that punctuate this vast plain. They’re ideal places to ride, bone up on gaucho lore, and eat copious quantities of that fabled Argentine beef. While the Pampas encompasses much of the country’s mid-section, its unofficial capital is San Antonio de Areco: a colonial town only 90 minutes north of Buenos Aires. So you can go as a side trip from the city. Even day-trippers can experience it by signing on for a Tangol tour.

Bonus Points: Near Buenos Aires, Estancia La Margarita and similar lodgings let you make yourself at home on the range. Alternately, access the Pampas via Cordoba, Argentina’s second largest city. The province of the same name boasts luxe ranches as well. Estancias Argentinas has listings region-wide. 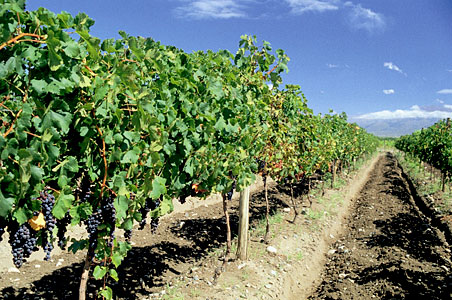 There’s good reason why Mendoza is nicknamed "Tierra del Sol y del Buen Vino:" the sunshine is bright (in July, the coldest month, average daytime highs are 59°F) and the wine is indeed delicious. Together with neighboring San Juan, this western province produces 80 per cent of the nation’s wine; and the growing reputation of the Wine Regions translates into growing choices for oenophiles. Whether on self-guided or organized tours, you can enjoy vineyard visits, wine-making tutorials, and themed festivals. "Bed and bodega" accommodations are popular. Ditto for top restaurants—including 1884 Restaurante Francis Mallmann, the creation of a star chef and master vintner housed in an old bodega. Keep in mind that local vino tinto made from Malbecs, the preferred grape in these parts, pairs perfectly with beef a la parrilla.

Bonus Points: Imbibing isn’t the only activity here. The mountains rising behind those pretty vineyards beckon sporty types. You can hike, bike, or ride horses in the foothills; ski at Las Leñas; or climb Cerro Aconcagua, the continent’s tallest peak. White-water rafting on Río Mendoza is available too. 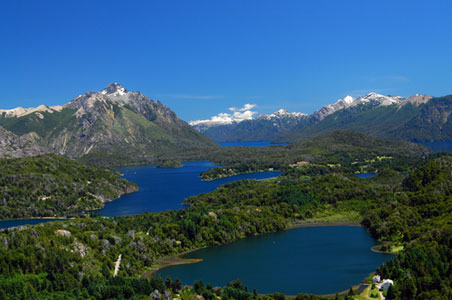 Patagonia’s premier tourist area, situated in the northwest by the Chilean border, is largely overlooked by us yet beloved by Argentines and vacationing Europeans. You’ll understand the latter’s affinity for it once you see Bariloche. Mountains fringed with forests and dotted with glacier-fed lakes made Swiss settlers feel right at home in the early 1900s—and their influence endures. Just witness all of the Heidi-esque chalets, chocolate shops, and fondue spots. Although development has diminished its charm, Bariloche is the best base for exploring signature sites like Parque Nacional Nahuel Huapi. Covering two-million acres, the park offers fishing, mountaineering, hiking, plus a raft of water- and snow-sports. The district’s largest lake (Lago Nahuel Huapi) and ski resort (Cerro Catedral) both lie inside it.

Bonus Points: From Bariloche you can leapfrog onward by plane to a pair of other inspiring—but isolated—Patagonian attractions: first Glaciar Perito Moreno (an ethereal wall of ice); then the PenÃ­nsula Valdes (a magnet for whale watchers). They can also be reached by overnight bus. 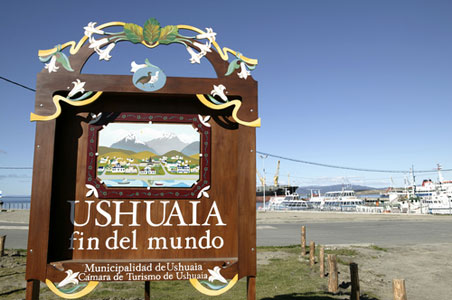 In some respects, little has changed in the "Land of Fire" since Magellan sailed by in 1520. Cut off from the rest of the continent by a strait named in his honor, South America’s tip still feels like the end of the earth—and for most people who come that is precisely the point. Tierra del Fuego is the sort of place where you’re awed by emptiness. Nevertheless, it has surprisingly diverse scenery: think mountain peaks, peat bogs, grassy steppes, and glacier fields, with forests and fjords thrown in for good measure. There’s ample wildlife, too. Sea lions, snow geese, dive-bombing cormorants, and Magellanic penguins may, for example, be seen on boat tours that thread through Canal Beagle. The water delivers superb seafood as well. Catch your own trophy trout or order king crab (the speciality) at almost any restaurant.

Bonus Points: Because Argentina shares Tierra del Fuego with Chile, passport stamp junkies have an opportunity to increase their country count. Want to add another continent? Ushuaia, Tierra del Fuego’s largest center and the southernmost city in the world, serves as the launch pad for Antarctica.

When to Go: The timing really depends on what you hope to do. The key thing to remember is that the seasons are flipped in the Southern Hemisphere, making our winter their summer and vice versa.

An Evita pilgrimage first took frequent fodors.com contributor Susan MacCallum to Argentina. Bargain-priced street markets, abundant beef and a surplus of red wine gave her incentive to stay. When not on the road, she lives in Halifax, Nova Scotia with her husband and two children.