Isabella of Castile is one of history’s most famous monarchs: the queen who sent Columbus to America. Since her death over 500 years ago, Spain has evolved significantly, but its unique cultural and physical landscapes remain. From rugged northern vales to arid central plateaus and brine-steeped southern shores, Spain is rich in historical diversity, home of native Iberians, Celts, Phoenicians, Romans, Visigoths, and Moors.

Isabella of Castile embodied her land’s complexity in her bloodlines, yet no one thought she was destined for greatness until tragedy thrust her into the succession. Her marriage to Fernando of Aragón united Spain’s rival kingdoms but when she took the throne in 1474, her country was rife with dissension. By her premature death in 1501, she left a coalesced realm, poised to become one of the world’s most enduring, and feared, powers.

Nevertheless, it’s not easy to find Isabella in today’s Spain. She dwells in tomes and museum displays, her crown and scepter visible in Granada, as is her tomb. A savvy traveler, however, can re-discover the trajectory of her life through several castles, all of which echo with her footsteps. 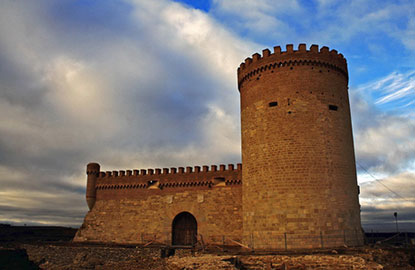 We start in the center of Spain, in Castile and the castle of Arévalo, about 2 hours from Madrid. A desolate fortress that saw a medieval queen poisoned, here is where Isabella began her career as neglected princess, her childhood spent under its dun-colored towers and in the neighboring city of Avila, with its massive serpentine walls. 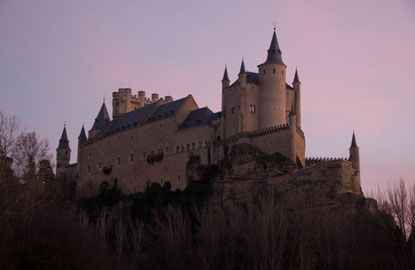 From Arévalo, we travel about two hours to Segovia, site of the world-famous alcazar perched on its aerie. At first glance, it’s every girl’s fantasy palace, with its peaked turrets and curving fortifications— ironic, given how dangerous life within its vaulted halls became for young Isabella, who was held captive here, suspected of treason. It is also here, or so legend has it, where she was first swayed by the prophetic Torquemada, founder of her new Inquisition.

From Segovia, it’s a 7-hour drive south to humid Seville, and well worth taking. Once an emblem of convivencia, where Christians, Muslims and Jews found harmony, Seville’s alcazar was built by the Moors and expanded by subsequent rulers, its sinuous arcades a refuge for troubled Isabella, who arrived shortly after her coronation to find a cauldron of anarchy and beauty that captured her heart.

It’s only 2 hours from Sevilla to Cordoba, capital of the Moors until the 13th century. Here stands the exquisite red-columned mezquita, or mosque, and Palace of the Catholic Kings on the edge of the Guadalquivir River, its Gothic tracery and swaying palms the launching ground for Isabella’s crusade. 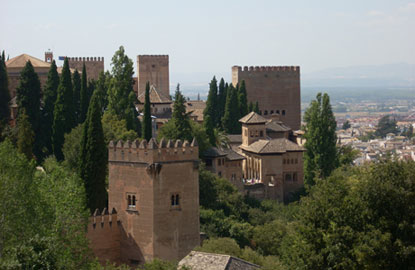 Lastly, we drive 3 hours to the mountain-city of Granada, site of that most renowned of places associated with Isabella: the Alhambra— a leonine splendor that embodies the Iberian Moors’ utopia. Isabella herself was so taken by its perfection she refused to alter it, the toadstool of a Roman-inspired arena on its grounds the handiwork of her imperial grandson, Charles V. In the Alhambra, the modern world fades away; we strain to find Isabella amongst its vermillion passages and lily-flecked pools, so strong is the echo of the palace’s evicted denizens, but she is here, too—pensive and fulfilled, gazing out into the exquisite Court of the Lions as Columbus sets sail for a new world.

Thinking of a trip to Spain?

For up-to-the-minute hotel and restaurant recommendations, as well as the best planning advice, check out our Spain Travel Guide.

C.W. Gortner, half-Spanish by birth, holds an M.F.A. in writing, with an emphasis on historical studies, from the New College of California and has taught university courses on women of power in the Renaissance. He was raised in Málaga, Spain, and now lives in California. He is the internationally acclaimed author of three historical novels, including THE QUEEN’S VOW: A Novel of Isabella of Castile. He travels extensively to research his books. Visit him at CWGortner.com