What to Do in Rome with Kids

Visiting fashionable and eternally beautiful Rome tops many a traveler’s wishlist. But what if you’ve got kids? Alas, soaking up ancient Roman ruins is usually far from a child’s list of priorities. Check out our cheat sheet to making your trip to Rome memorable for everyone in your party… even the ones who could use a nap. 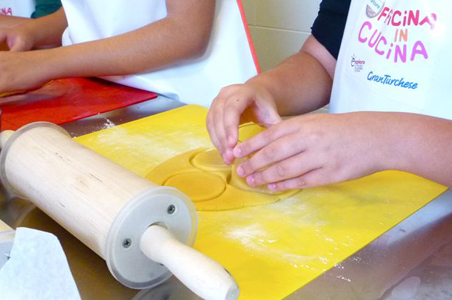 If you’ve decided to bring your children to Rome, you’re probably hoping they learn something along the way. Compromise: the Vatican Museums for you and these absorbing museums for them.

Technotown: Great for older kids or your budding techie, Technotown features a variety of interactive technology and science-based adventures, like a time machine that takes visitors back to Ancient Rome. Technotown’s hot ticket for spring 2013? FlipBall: ping pong reconceived. 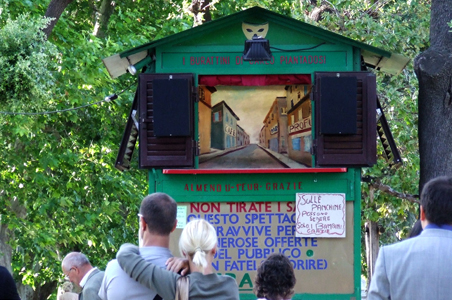 I Burattini del Gianicolo (Puppet Theater): Rome is home to a number of children’s theaters and cinemas that host terrific shows… in Italian. Try taking them to see I Burattini del Gianicolo: a puppet theater on Janiculum Hill that will capture their attention even if they can’t understand the dialogue. The traditional hand-crafted puppets—burattini—are beautiful, and their slapstick antics transcend language barriers. Best of all, every day at noon, the theater shoots off a cannon. Cover your ears! 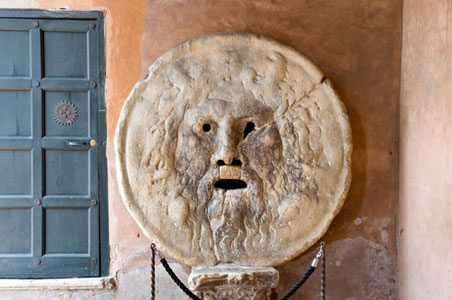 Look, kids—it’s the Colosseum! Even if your little ones aren’t as awed by Rome’s majestic ruins as you are, there are enough architectural treasures in Rome that will leave an impression long after you’ve left the city behind. To name just a precious few:

La Bocca della Verità: Your kids probably don’t know who Audrey Hepburn and Gregory Peck were, but that won’t stop them from getting chills when they play the ultimate game of truth during their own Roman holiday. La bocca della verità—”the mouth of truth”—is a giant marble face found at the Church of Santa Maria in Cosmedin. Legend has it that if someone tells a lie and then slips their hand into the mouth, their hand will be bitten off. Don’t worry. The mouth won’t bite your child’s hand off… or will it?

Largo di Torre Argentina Cat Sanctuary: There’s just something about Roman ruins that cats can’t seem to get enough of. Is it the hidden nooks and crannies? Is it the warmth of the sun-baked bricks? Whatever it is, the Largo di Torre Argentina—former home of four Roman temples and Pompey’s Theater—must have it in spades; hordes of Rome’s stray cats have been living there since the site was uncovered by archaeologists in 1929. Your kitty lover’s Graceland.

La Fontana di Trevi: There are so many tourists (…and pickpockets) swarming this monument during the day that a visit might seem less than ideal for a young brood. But tossing a coin into the massive Trevi fountain is something your child will remember for the rest of their life. Keep an eye on your belongings and make a game out of trying to get a photo without a stranger’s elbow in the frame.

I Nasoni: The public water fountains in Rome are free (and safe) to drink from… if you can figure out how to do it without getting wet! The cast iron fountains’ nose-shaped spouts point downward, making getting a simple drink a fun challenge. 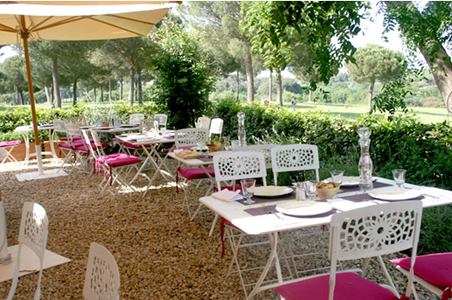 Finicky eaters won’t have a problem in Rome—gelato and pizza for everyone! But if you’re keen on making sure your kids also get their vegetables, have no fear: sauteed and grilled vegetable side dishes (or contorni) are an important part of Italian meals. Restaurants pride themselves on serving seasonal, fresh produce (previously frozen items will be denoted on a menu with an asterisk).

In Italy, it’s common to find restaurants that don’t have menus. Instead, they serve just a handful of dishes chosen by the chef that morning (you’ll eat it… and like it!). It’s also standard in Italy to eat dinner after 8 pm; if you head to a restaurant prior to eight, you can beat the crowd.

ViVi Bistrot: A fashionable yet relaxed bistro inside Villa Doria Pamphili. After the kids enjoy an organic lunch from the children’s menu, they can work off their energy in the nearby public park. ViVi Bistrot also hosts regular children’s events, English breakfasts, and daily “tea time.”

Pizzeria Il Secchio e l’Olivaro: This pizzeria is particularly fun for little ones because the soft, tasty pizza is served on giant wooden boards and specially sized to be eaten with your hands. There’s also an outdoor game space just for kids, while the ample menu of draft, imported, and craft beer is fun for the grown-ups.

They followed you quietly through the Catacombs and ate all of their fried artichokes…now it’s time for a treat.

Pascucci: You could head to the most famous artisan gelato shops in Rome—San Crispino with its famous honey gelato; Alberto Pica with its Italian-style rice pudding. And you certainly should try them. But Pascucci near Largo di Torre Argentina is where you’ll find frullati—Italian-style milkshakes! Whipping up fantastical, inventive flavors with fresh ingredients since 1937.