Where to Eat in Orlando Now 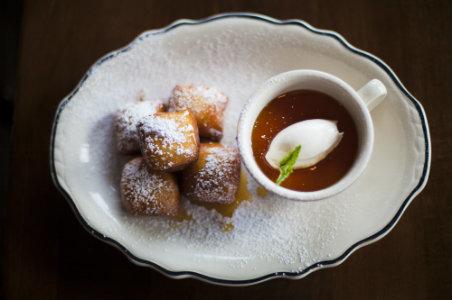 Move over, Mickey, because Orlando’s artisanal food scene is miles away from Walt Disney World, not just in distance, but also in sophistication. Here, farm-to-table fare bumps up against big-city cuisine, yielding everything from a taco joint run by a former Nobu chef to a slew of James Beard Award nominees proud to call Orlando home.

If you don't have time to explore the dining scene in depth, plan a brief stop at East End Market, a mini version of Seattle’s Pike Place Market or San Francisco’s Ferry Building. This culinary hub is loaded with Orlando’s best and edgiest food and drink purveyors, from Skyebird Juice Bar and Experimental Kitchen’s smoothies and coffees served in glass Mason jars to Houndstooth Sauce Company’s firey glazes, rubs, and sauces.

If you're ready to book a table, here are five of Orlando’s hottest restaurants this spring. 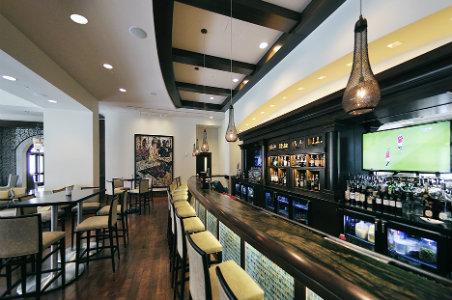 Located in the upscale enclave of Winter Park, Hamilton’s Kitchen is inside the suburb’s first luxury boutique hotel, The Alfond Inn. Owned by Rollins College and open since last fall, the 112-room hotel’s décor is Hollywood-glam-meets-beach-chic, and the style extends to the food. Gulf Coast seafood features Sarasota sturgeon paired with cheesy-herb fries, and the wine list’s depth spans quite a few continents. If faced with a busy itinerary in Orlando, schedule a lunch date at the restaurant—the hotel’s daytime lighting is perfect for viewing its outstanding contemporary art collection, numbering around 100 pieces. Pair your midday meal with a bottle of Moet & Chandon Champagne from France.

Insider Tip: Order the mac ’n’ cheese with local smoked ham, white cheddar, and caramelized onions. It will set the bar high for all future macs. 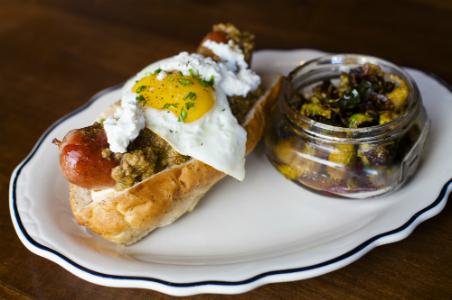 A repeat James Beard Award nominee, Cask & Larder is a home-sweet-home story for owner-couple Julie and James Petrakis. After meeting at the Culinary Institute of America, they returned to Orlando to open The Ravenous Pig six years ago. Cask & Larder, their wildly successful follow-up, opened during the fall of 2012 in Winter Park and features a gastropub menu with upscale, Southern-inspired accents. Corn dogs are made with lobster, snapper crudo is paired with sorghum popcorn, and a side of charred-corn spoon bread comes with a redeye hanger steak. Sides such as charred kale, beans and rice, lobster hush-puppies, and pimento cheese with ham jam on toasted collard bread round out this veritable jaunt to the South. Wash it all down with one of nine craft beers brewed on-site.

Insider Tip: The “scratch fries” are a must. Served in a mini deep-fry basket, the fries are doused with fresh oregano and come with a side of saffron aioli. 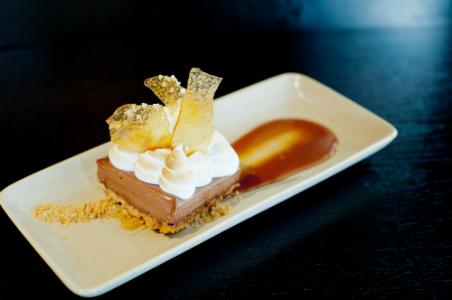 Chef-owner Kathleen Blake’s trademark overalls are the talk of the town, and so is her food at downtown Orlando’s The Rusty Spoon, which takes its inspiration from London’s gastropubs. The Iowa native embraces sustainability in her sourcing, and her menu features Jamison Farm slow-roasted lamb shank and fried local green tomatoes. Also look for one of the “handhelds,” a collection of sandwiches including a half-pound, grass-fed burger stuffed with bacon and Gruyere.

Insider’s Tip: Don’t dismiss the starters, as they can be a meal on their own. Try the “haystack” (shoestring potatoes with a trio of sauces), the butcher’s plate (created at the chef's whim), or charred local squid.

Orlando’s little-known Vietnamese and Chinese community—dubbed The Mills 50 District—hosts a no-fuss taco joint where East meets West. Tako Cheena owner Pom Moongauklang, a former pastry chef at Nobu in New York City, designed quick eats such as empanadas, house tacos, Asian hot dogs, and burritos with a multitude of sauces. Innovative recipes include an Indian butter chicken burrito and a taco stuffed with Latin and Asian marinades, shrimp, and slaw. It's open until 4 a.m. Friday and Saturday, and midnight every night but Monday.

Insider’s Tip: To bite into the day’s inspiration, spring for a specialty taco, such as “Mary Had a Little Tako.” Offerings change daily.

Kristine Hansen is a freelance writer based in Milwaukee where she reports on food, wine, and travel topics around the globe for Fodors.com, along with new-hotel openings. She also writes for Wine Enthusiast, TIME, Whole Living and American Way. In 2006 she co-authored, The Complete Idiot's Guide to Coffee and Tea (Alpha Books/Penguin). You can follow her on Twitter @kristineahansen or through her web site.