Bites Jeff Bogle The Meal You've Got to Have When You Visit Wisconsin
Home  >  Bites
PHOTO: Meg Butler

When you’re 2,000 miles away from the nearest state, it can take a lot to get the attention of the mainland. So Hawaii is pulling out all the stops to get the rest of America to one of the newest and most unique food scenes in the world.

Most people come to Hawaii for the beach. After all, Maui does have some of the best beach real estate around. The Grand Wailea, Hawaii’s biggest resort, sits on 1500 acres of it, a sprawling property with shops, private gardens, three restaurants, a grocery store, a theater for kids, scuba lessons, and even more amenities that make it fairly unnecessary to ever leave. But rent a car (you can do that there too), leave the driveway, and head up Highway 31, and the island spreads out flat and verdant in front of you against the backdrop of the west Maui mountains. Hawaii is one of the most fertile regions in the hemisphere, with 11 of the world’s 13 climate zones, a year-round growing season, and rich, prolific soil. For nearly 200 years, that soil grew sugar—at one time, over 10% of the world’s supply. 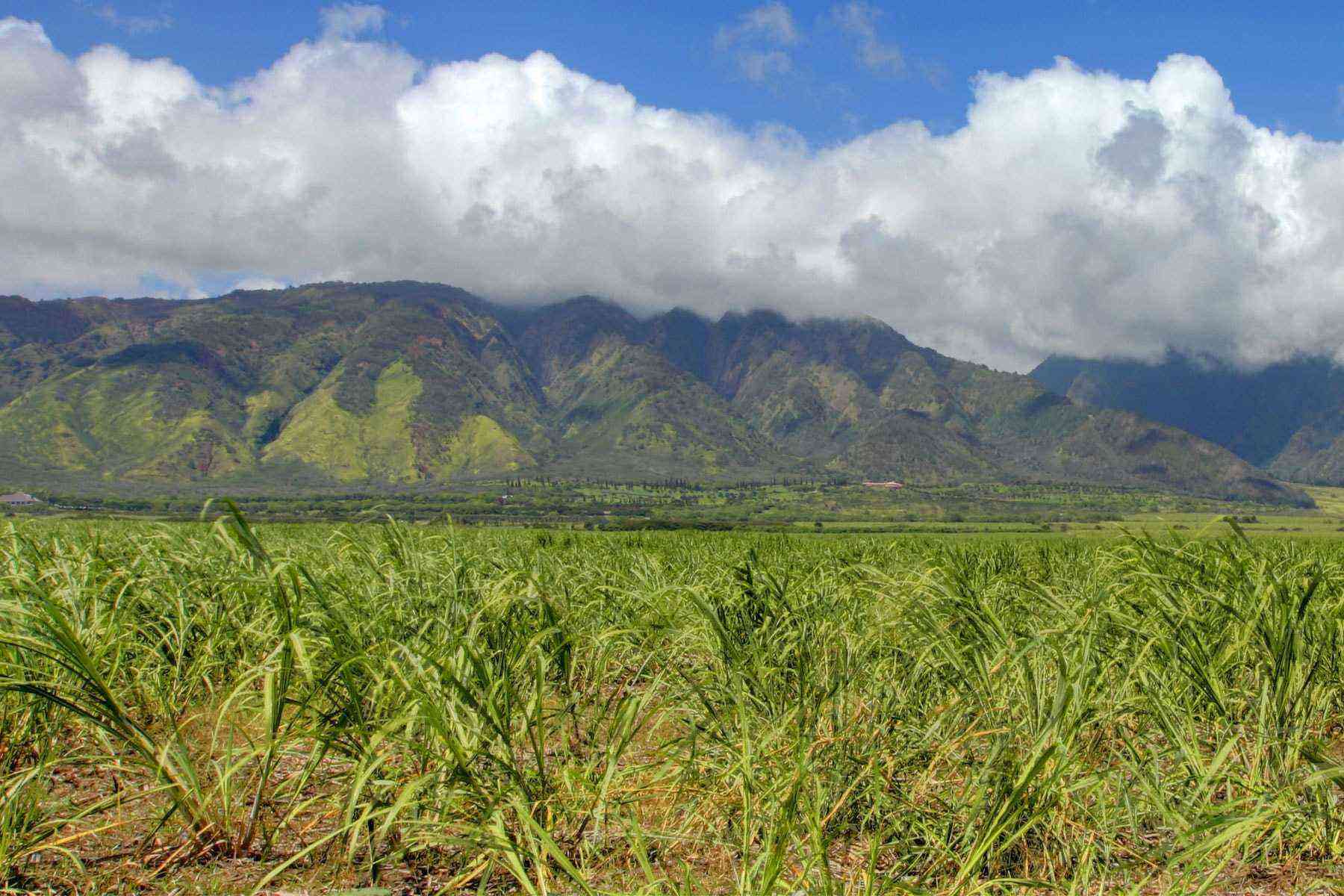 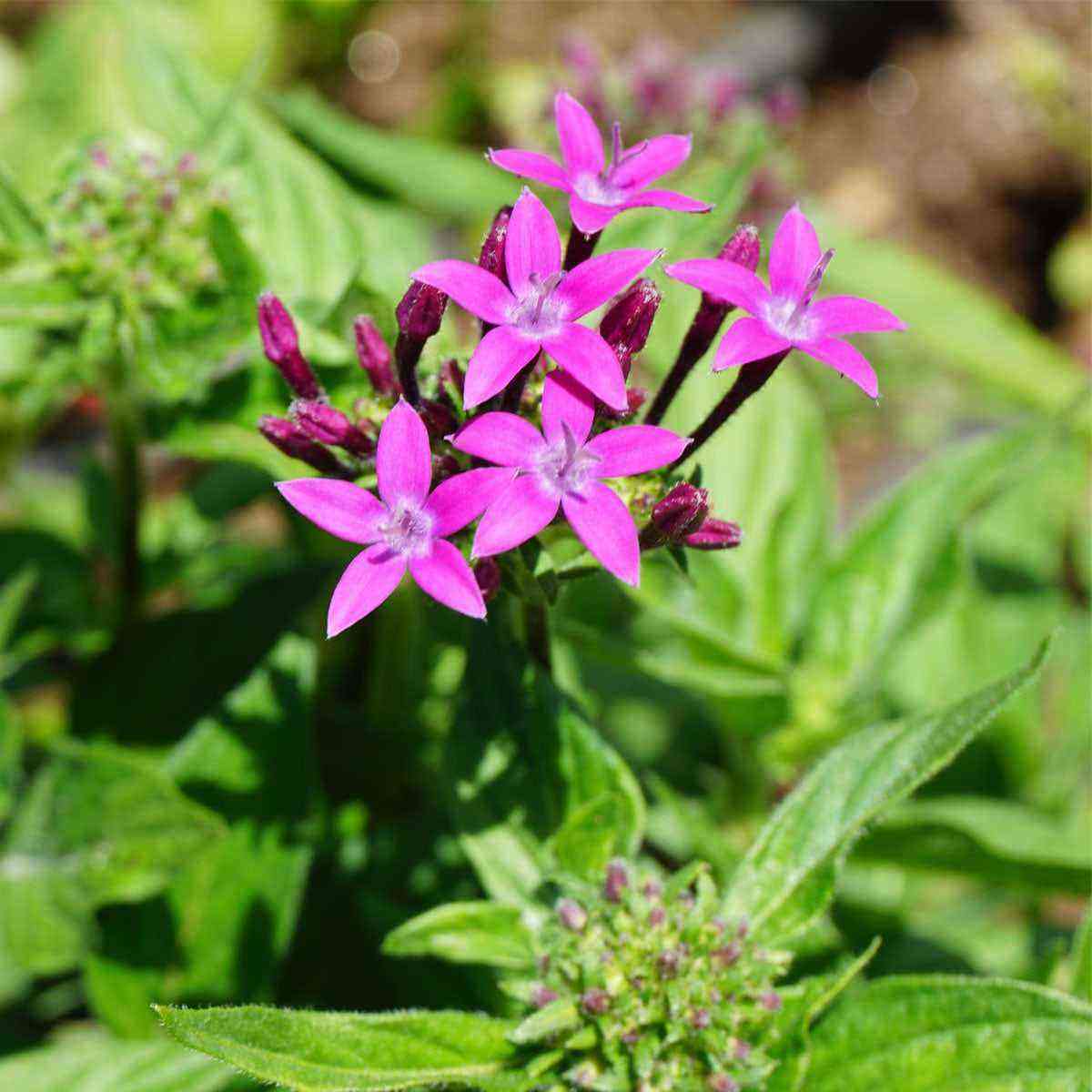 This is plantation country, or at least it used to be. This summer, the Hawaii Commercial & Sugar Company, the state’s last sugar plantation, closed, taking the last 675 jobs in the sugar industry. But as Big Ag leaves the island, the close community of food producers have turned to Small Ag as a way to support each other and create new hyperlocal cuisine that is exploring the boundaries of what some of the world’s best-growing country can do.

Fresh Island Herbs is a small farm just 40 minutes away from The Grand Wailea. There, plants bushily overflow their rows, microgreens teem in boxes, and baby chameleons hang out among the vines providing adorable, organic pest control. When Mike McCoy opened it several decades ago, they used to grow herbs. Then chefs started dropping by to make recommendations and taste what was growing.

Karen, Mike’s partner, leads tours of the farm with a knife in hand for slicing off a taste calamondin, figs, finger limes, white sapote, obscure varieties of avocado, and several fruits and vegetables whose names I’ve never heard of, all juicy and warm from the Maui sun. If there is a flavor profile that can be assigned to produce grown in Maui’s year-round growing season, it’s an exclamation mark. The flavors are familiar but better than you knew that they could be: beets sweeter than apples, cilantro with a startling amount of spice.

Here, they’re always growing something different, for chefs like Michael Lofaro of Humuhumunukunukuapua’a (you may find it easier to call it “Humu”) who like to drop by and be inspired by something new on the vine. Currently, they’re experimenting with edible flowers: cilantro, radish and mustard blossoms, marigolds, Egyptian star flower, and begonias with citrus crunch. 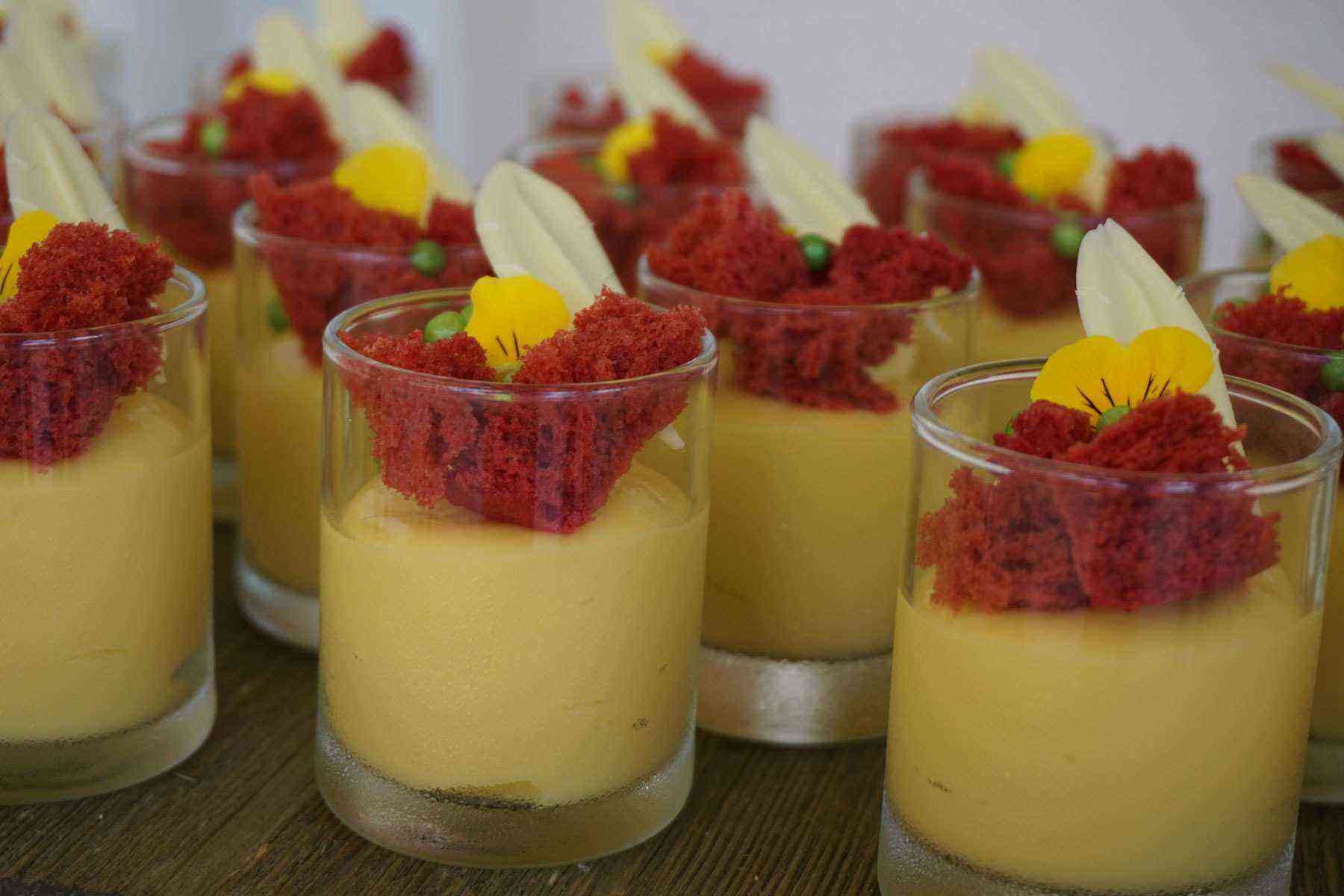 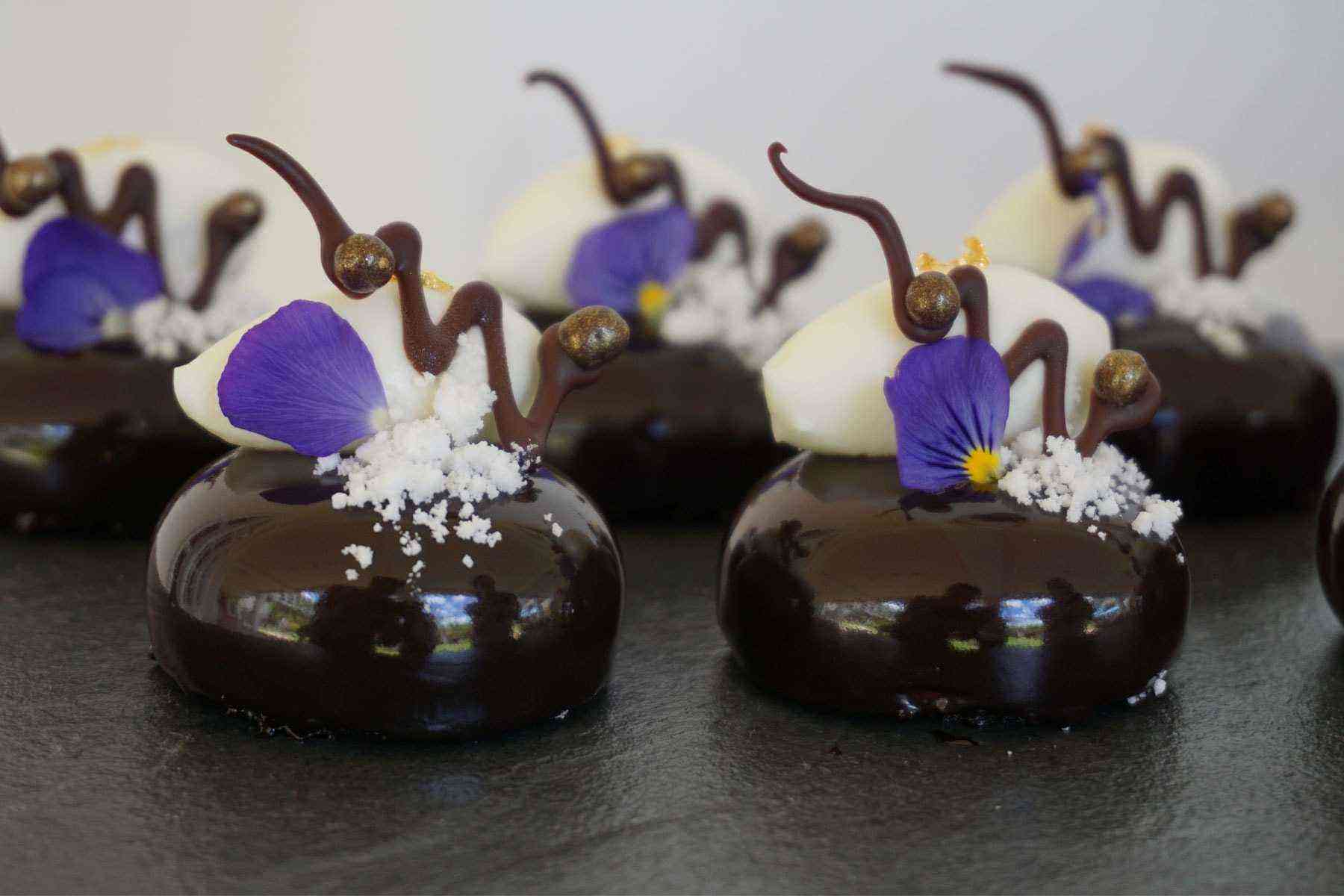 “If they grow it, we’ll buy it,” says Christian Brassfield, Executive Pastry Chef at The Grand Wailea. With free reign over the menu, the chefs can support small farms in whatever they grow and let creativity be the only guideline for a hyperlocal cuisine that “gives the guests an experience they wouldn’t get somewhere else.”

For lunch later at Bistro Molokini, we have a delicate roasted beet salad made with beets, watermelon radish, and pea tendrils, singing with honey-whipped chevre and fresh horseradish; Japanese Amberjack garnished with orange segments and pea shoots and grilled Australian lamb chops on a bed of sunchokes roasted with Hawaii’s Kona coffee, with much of the meal coming from just up the road. It’s the kind of creative menu creation that, in LA, would require a Chef’s Table reservation a week in advance. But here, there’s still plenty of room in the dining room that looks out over onto the busy beach outside.

But if anything can help cement Hawaii’s reputation as a culinary destination, it’s the vacation-highlight word-of-mouth from the families in matching Hawaiian-print outfits and 9-to-5 wayfarers double-fisting bacon-garnished cocktails as they watch Top Chef contestant John Tesar grill octopus on a cowboy cauldron, discover Bill Durney’s eclectic Brooklyn BBQ for the first time at the Fire It Up Fest. I’m here for Chef Hubert Keller’s famous $5,000 truffle burger. 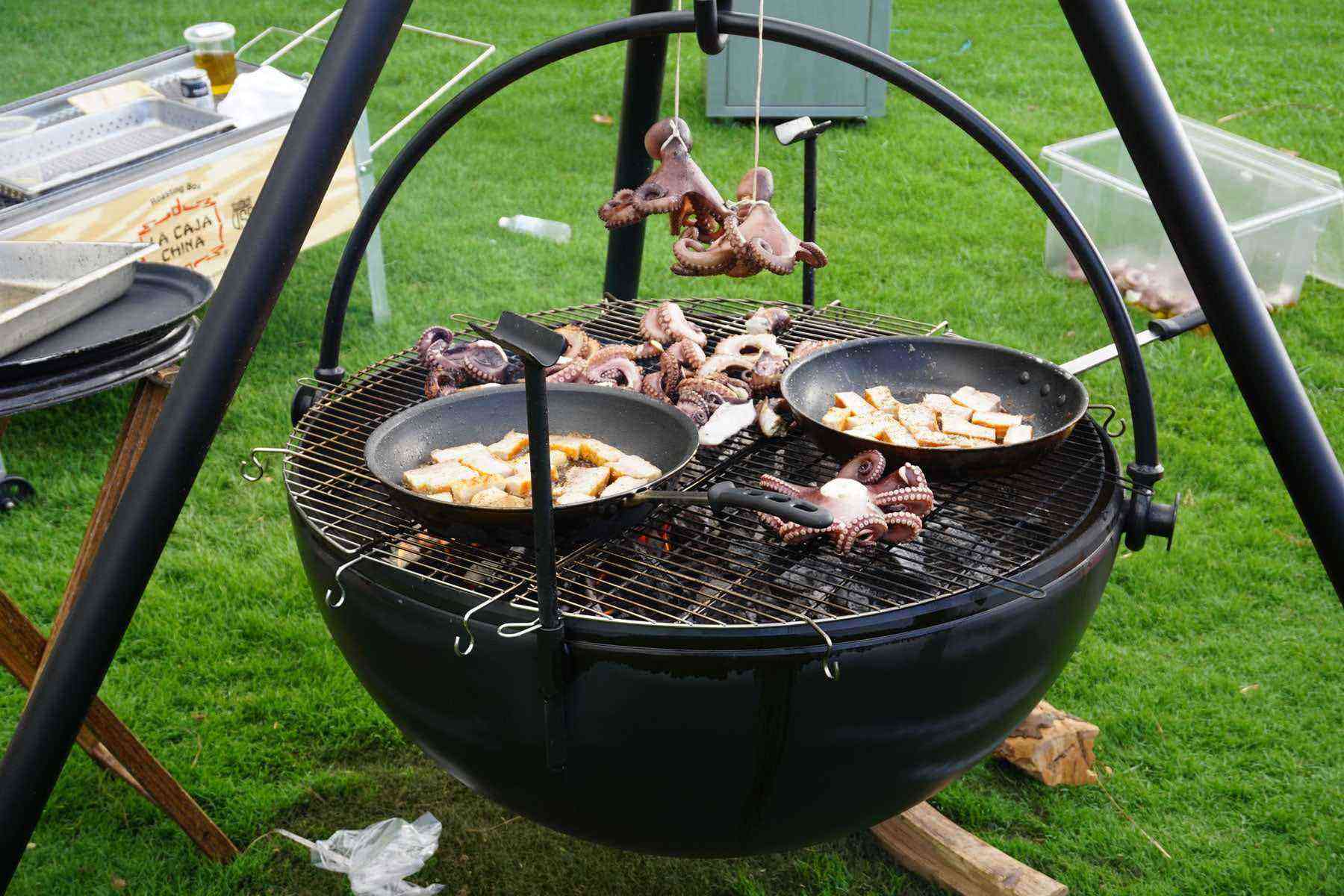 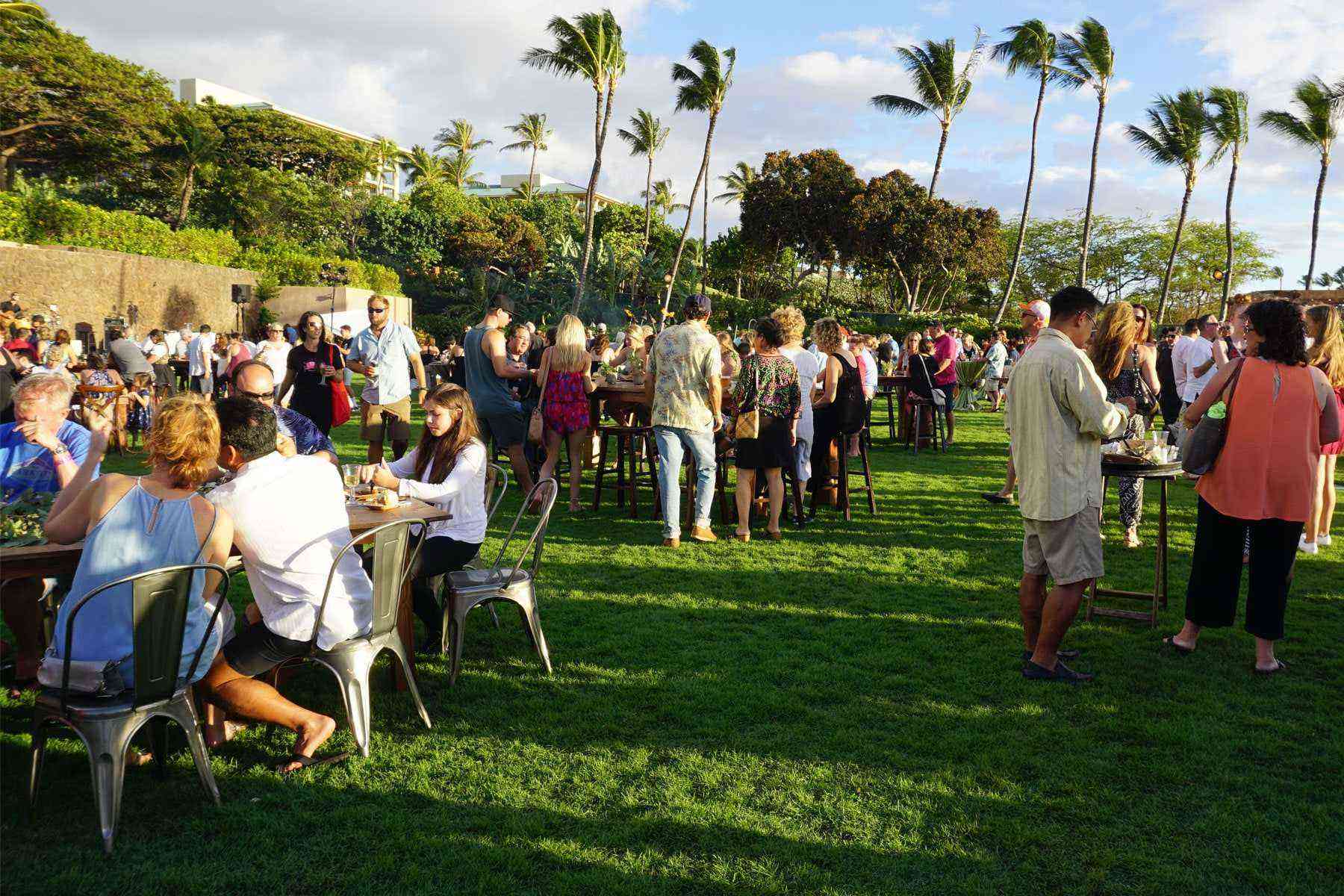 The blueprint for the burger so extravagant that only 28 people have indulged since its debut at Hubert Keller’s Las Vegas restaurant Fleur, is as follows: a patty of Wagyu beef ($100/lb), seared; a slab of prime foie gras ($45 a pound), seared; a mound of sliced black truffles ($1,500/lb), sautéed in duck fat and butter; a brioche bun; a bottle of 1995 Petrus (~$2,000/bottle) which is missing from the Fire It Up Fest, but, in place of that omission, you can have as many as it takes to make up the price difference in your heart. 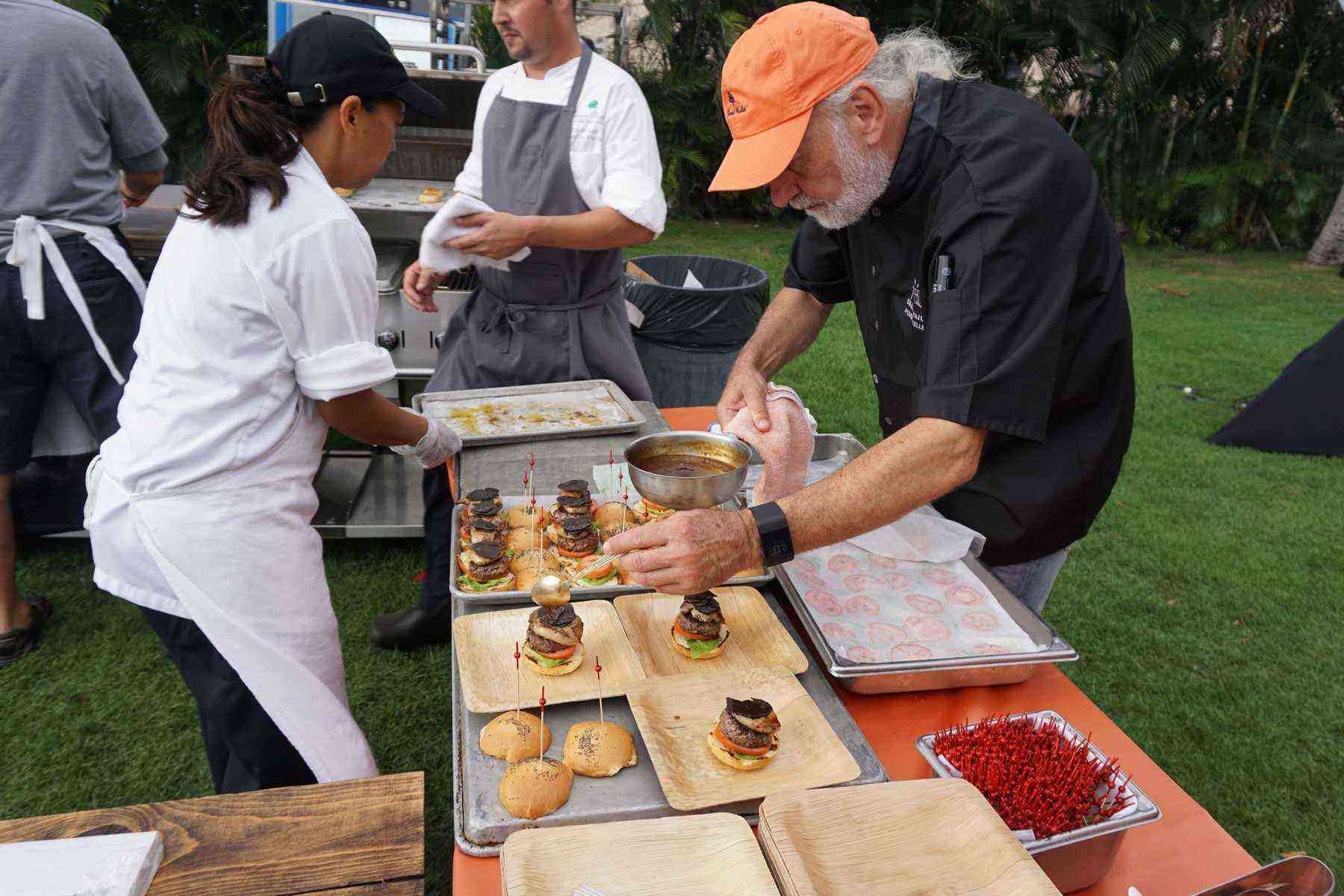 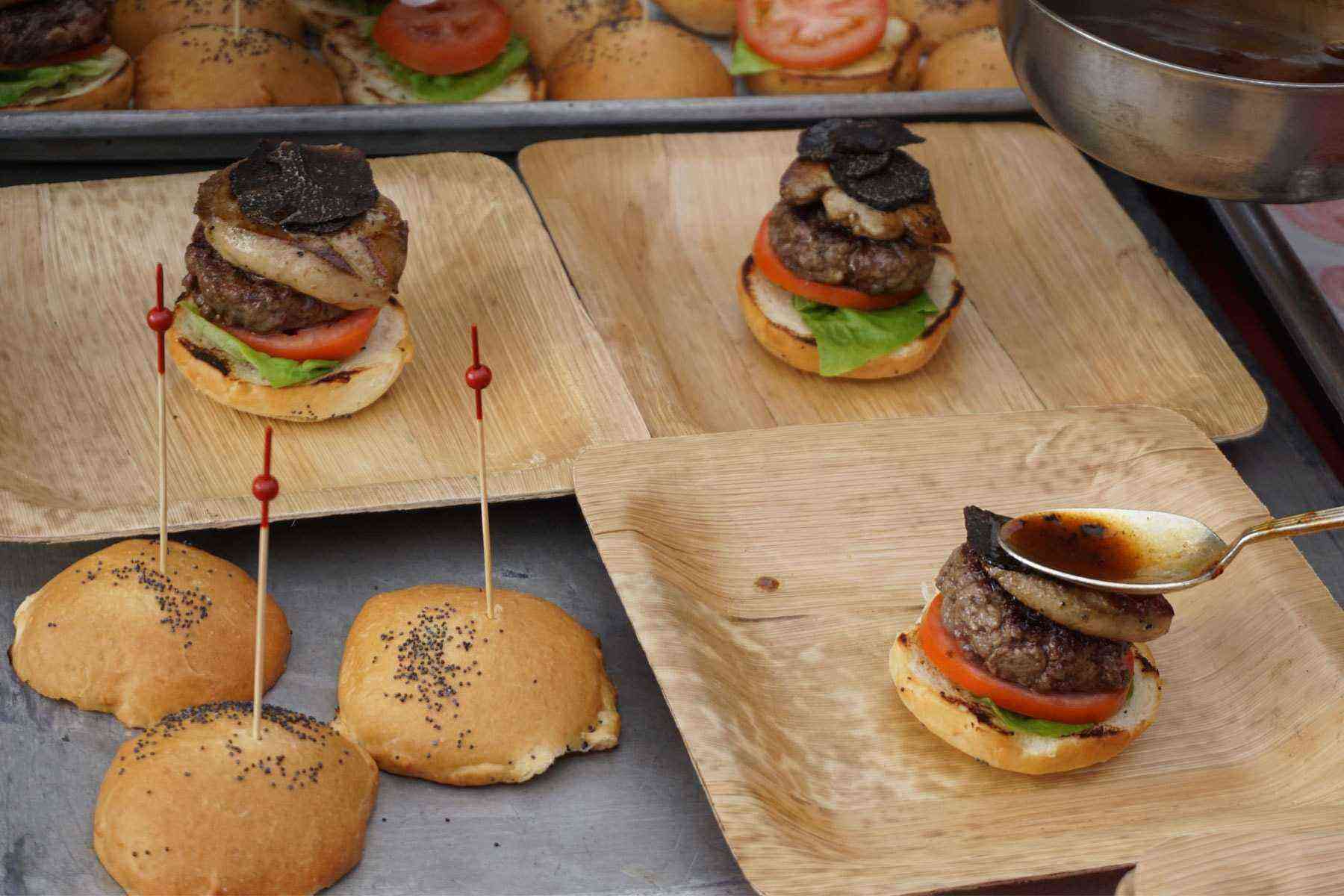 There are no official minders on the expansive beach-side lawn at The Grand Wailea to stop you, and a surprisingly short line for a meal from a James Beard chef with a Michelin star. I grab three burgers (two could be for a friend) and make my way back to my table through the throng of Fire It Up Fest-ers holding plates in one hand and phones in the other, trying to get a shot of hometown hero and Season 10 Top Chef alum Sheldon Simeon.

For now, his Maui restaurant, Tin Roof (opened after he came in third on Season 10 of Top Chef), can hold the long line of people that crowd the restaurant for the Filipino homestyle Hawaii cuisine like Mochiko chicken. But as chefs like him put Hawaii cuisine–food influenced by the people who came to harvest the sugar cane: Filipino, Portuguese, Korean, Chinese, Japanese–on the map, opening hours get busier and busier and he’ll have to open a new location soon.

“We’ve got some crazy talent right now, as far as young chefs,” says Simeon. “And there’s a lot of media buzz. Who doesn’t want to come to Hawaii?”

And, as the tiki torches light, and the Maui sun sets behind the smoke from the cowboy cauldron’s, the lawn fills and everyone’s line fills up, making it difficult for anyone to get thirds. The last of my $5,000 burgers has the same umami explosion of flavor as the first, and it’s not hard to imagine a time when everyone here is telling a story about the Maui that was, when some of the world’s best food was cheap and available, before the lines and the waitlists.