El Salvador’s national dish, the humble pupusa, is not only super cheesy and delicious, it is also so revered it has its own special day!

Forget surf breaks, amazing coffee, breathtaking volcanoes, and colonial architecture, El Salvador’s most famous national treasure is much more cheesy and delicious. The humble pupusa–made with ground cornmeal and stuffed with everything from beans, cheese, and pork to edible flowers, jalapenos, and squash–is so much more than just a simple breakfast staple; it is a cultural touchstone dating back almost 2,000 years. 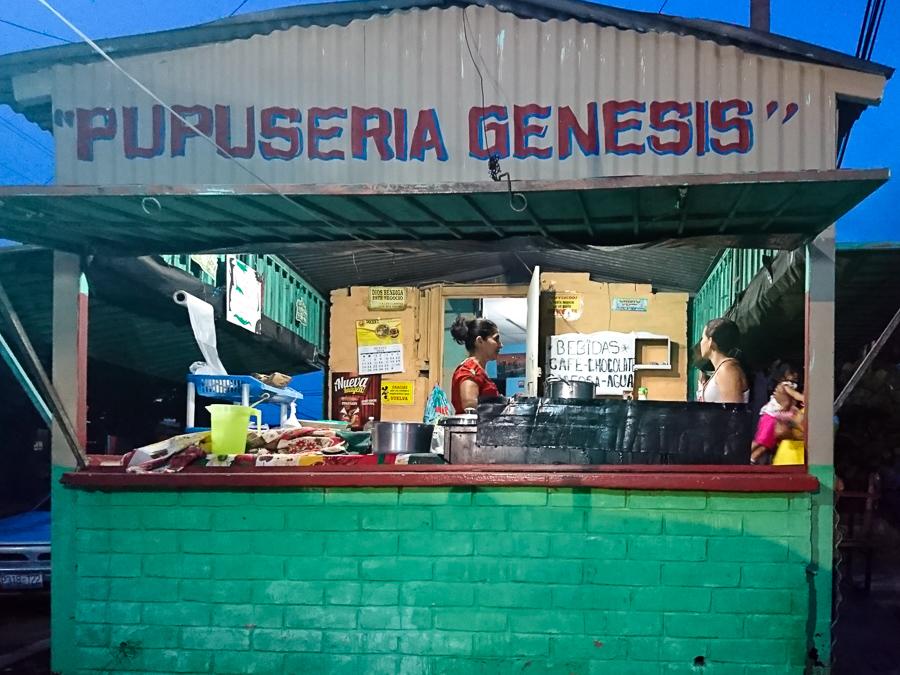 Served steaming hot, with a side of curtido, a vinegary slaw made of cabbage, onions, carrot, and oregano, and salsa roja, a tomato-based sauce, pupusas are best enjoyed sat on a plastic stool with a coffee or a Coke, and eaten with your hands. Cheap and cheerful–at less than a dollar apiece–these days, they are as popular for dinner as they are for breakfast, with pupuserias found at every street corner, bus stop, and market food hall across the country, and even as far afield as New York, San Francisco, Toronto, and Sydney.

Often family-run businesses, these neighborhood pupuserias are a way of empowering women, passing down skills from generation to generation, and embodying the traditions of the past. Made in much the same way now as they were centuries ago by the Mesoamerican Pipil tribe, one starts by mixing masa de harina with water until it forms a paste, rolling it into a ball, stuffing it with filling, flattening it out, and throwing it onto a griddle until perfectly browned. 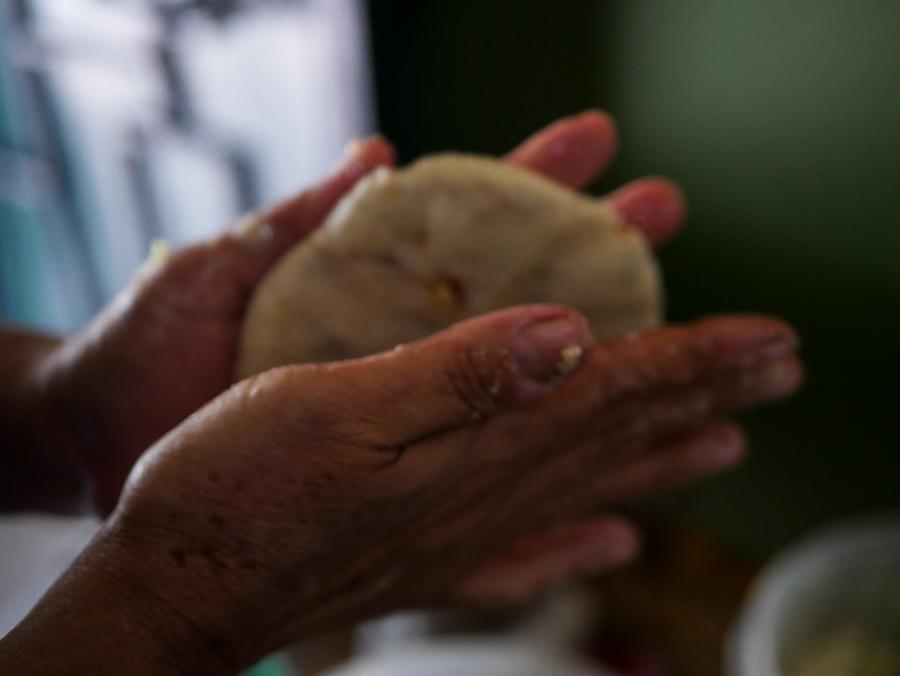 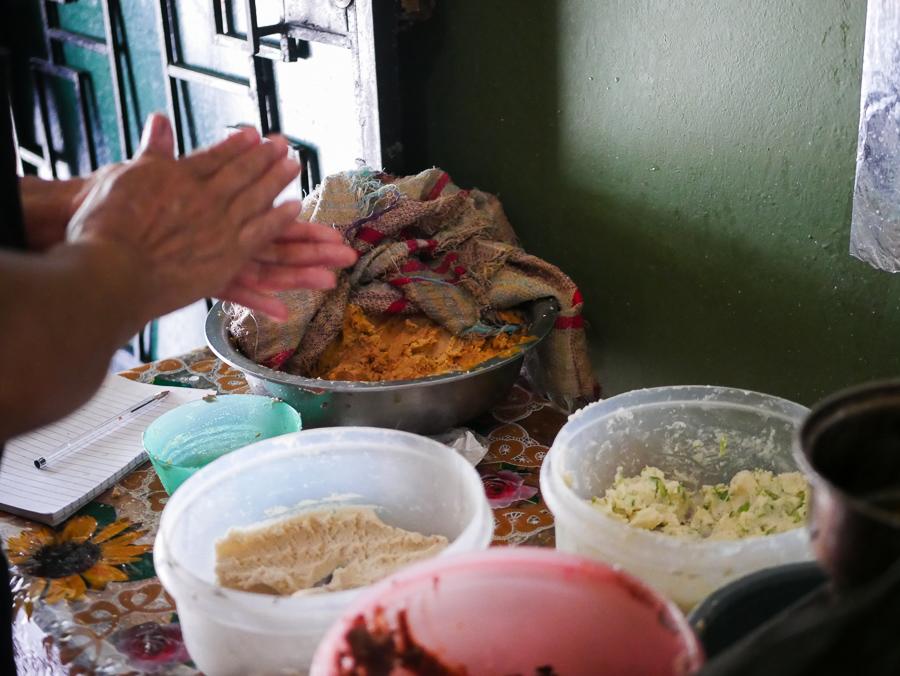 Easier said than done, making pupusas requires deft hands and perfect timing, but to most Salvadorans, there isn’t much better than a perfect pupusa revuelta–with frijoles, quesillo, (Salvadoran cheese), and chicharrón (cooked ground pork)–or a pupusa loroco–filled with soft cheese and flowers of the loroco vine, the flavor of which is said to resemble that of young asparagus and fresh greens–topped with the spicy crunch of curtido and a fresh tomato sauce.

In fact, pupusas are so revered amongst the Salvadorans that they were even sparked an international incident back in 2013 when Honduras tried to claim them as their own and trademark them for export. After just two days of arguing, experts were brought in to settle the case. Fortunately for the Salvadorians, archeology was on their side, with some of the first pupusas found in Joya de Cerén, “the Pompeii of Central America”, an ancient Mayan village in modern-day El Salvador, frozen in time by ash from a volcanic eruption over 1,400 years ago. 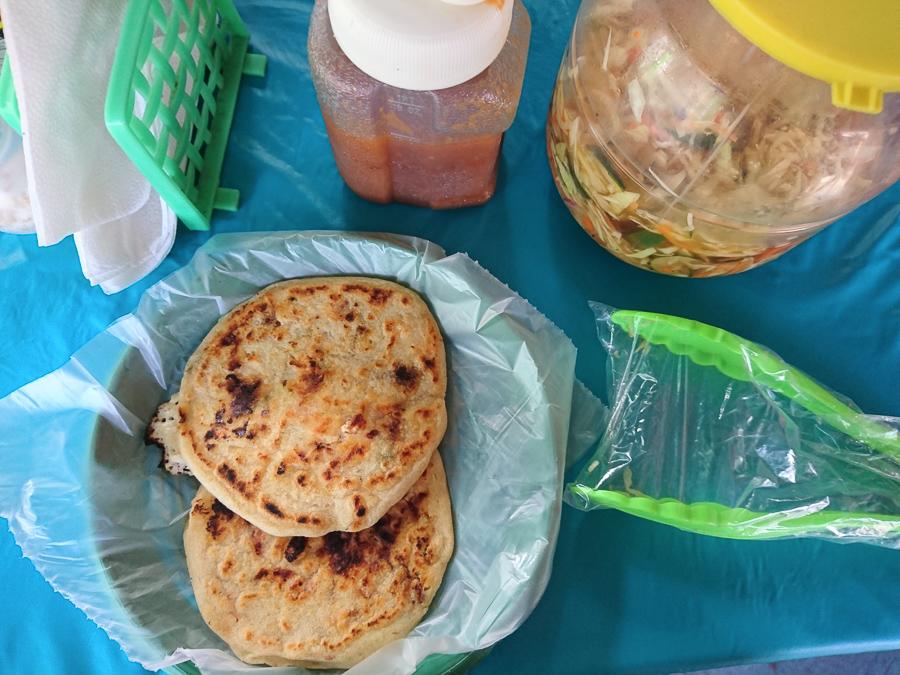 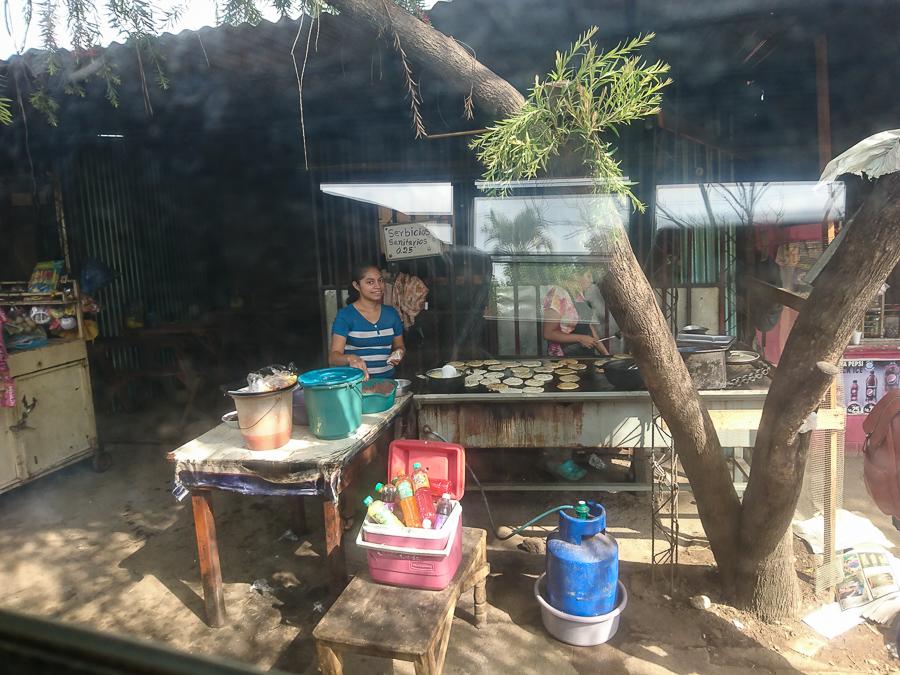 Despite their popularity across the country, pupusas weren’t actually named El Salvador’s national dish until 2005, when it was also decided that every second Sunday in November would be National Day of the Pupusas. Since then, Pupusa Day has become quite the thing, with people from miles around flocking to San Salvador and Olocuilta for celebrations that include a pupusa eating contest and a competition to make the world’s largest pupusa. The current record of 4.5 meters–about the same length as a Honda Civic–has been held by Olocuilta since 2015. Close to what is widely determined as the birthplace of the pupusa, this small town north of San Salvador has become the de-facto capital in recent years, with over 50 pupuserias serving up their local rice flour variety as well as the traditional corn ones. So, even if you don’t make it down to enjoy the November spectacle, with Olocuilta and every other town and city across El Salvador offering their own take on this humble dish, every day can be pupusa day!