From a bunker designed to house the whole U.S. Congress to a Bosnian shelter-turned-art space, here are 12 former bunkers and shelters you can tour.

They say that those who don’t learn history are doomed to repeat it, and these days in the realm of nuclear threats, who knows which way we’ll go. But luckily history left us a few presents: former nuclear bunkers—both subterranean and hidden in plain sight—which are now spaces for tourists to explore, learn from, and, possibly put to use if need be. From a bunker designed to house the whole U.S. Congress to a shelter in a Bosnian mountain converted to a  popular art exhibition space, here are 12 formerly off-limits bunkers and shelters you can tour and pick up some tips from should you need to build yourself one someday. 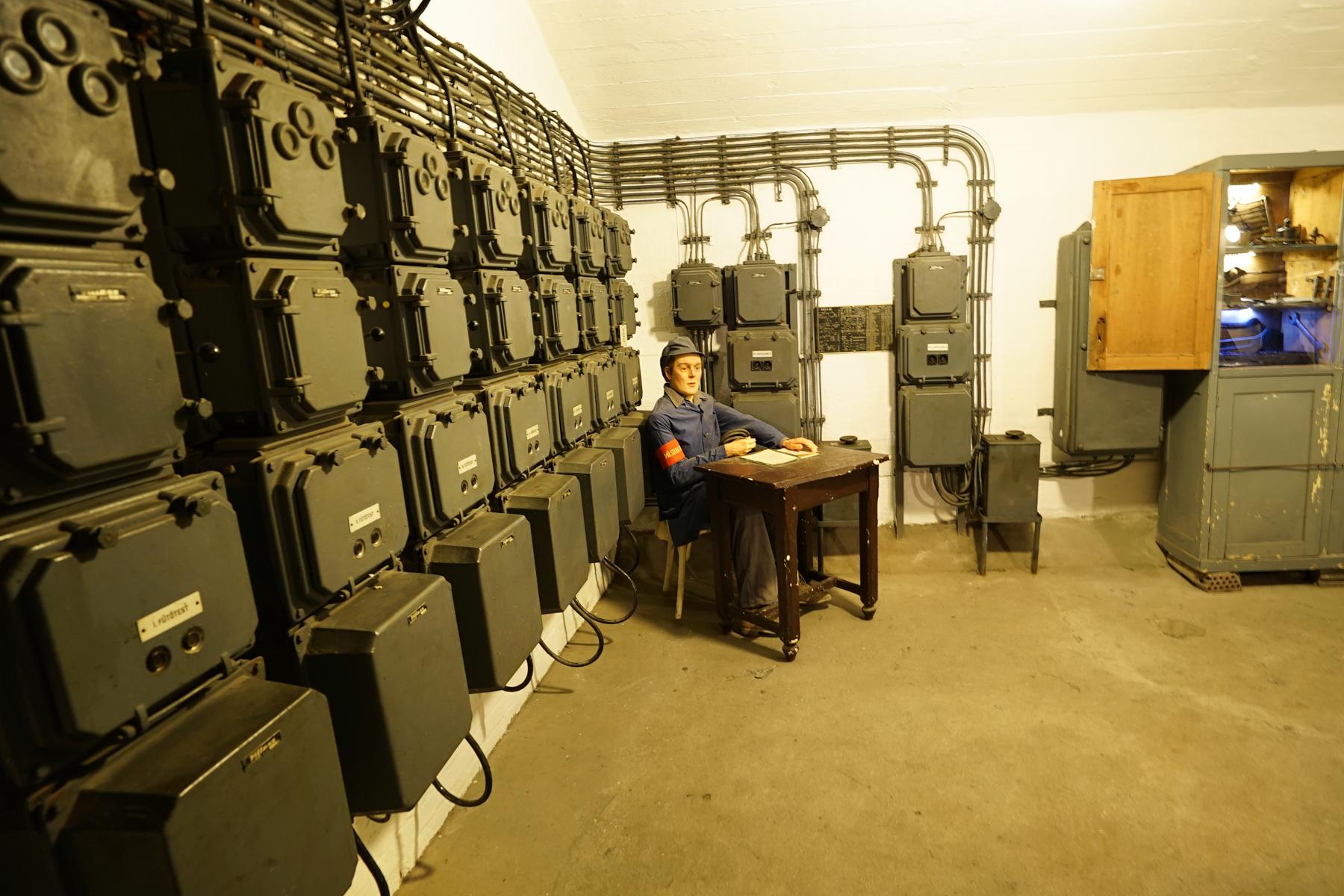 PHOTO: Hospital in the Rock 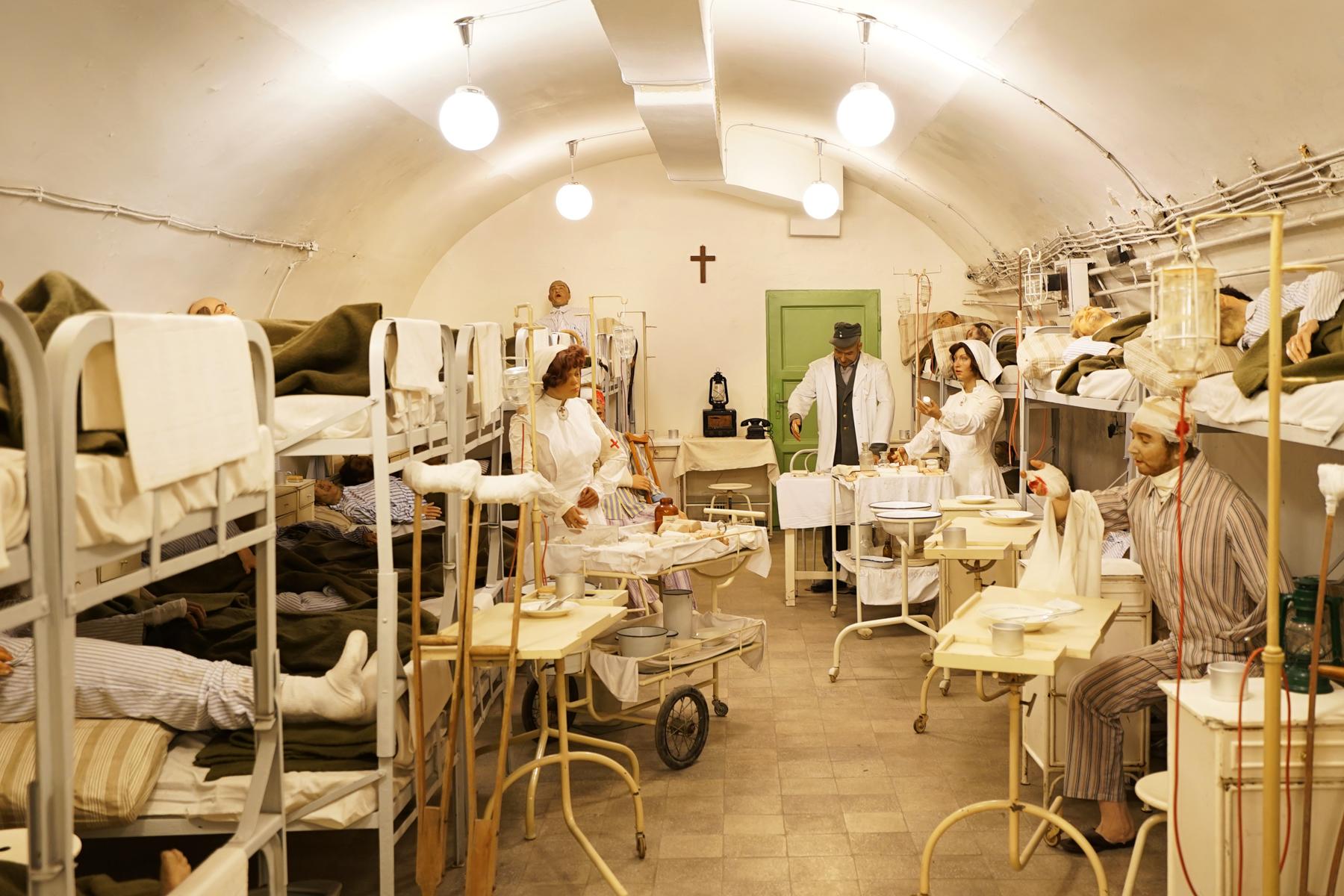 PHOTO: Hospital in the Rock
Previous Next
1 OF 12

Hospital in the Rock

Set up in miles of natural caves and tunnels under the historic Buda Castle is this quirky museum, dedicated to the space’s former life as a military hospital during World War II (it later expanded during the cold Cold War to include nuclear bunkers). In 2008, the museum opened to the public, complete with borderline-creepy wax mannequins set up in re-created situations: doctors in the middle of surgery, a room of full hospital beds, military personnel. Visitors wander through winding hallways, accessible only through an informative tour, (tip: stick with the group, it’s very easy to get lost)  take part in a nuclear readiness drill, view a small exhibit of the nuclear weaponry available today, and witness actual items melted in Hiroshima. 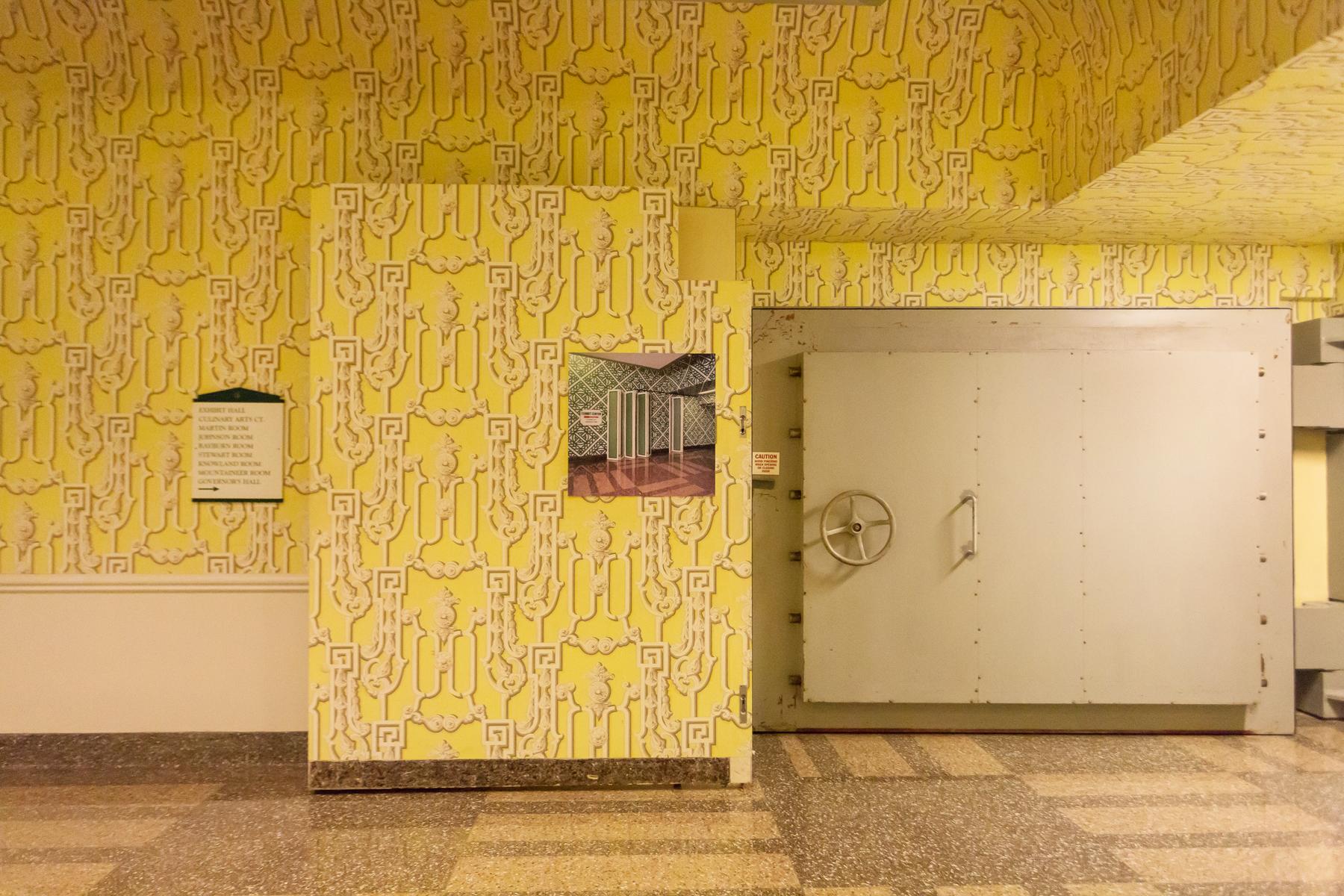 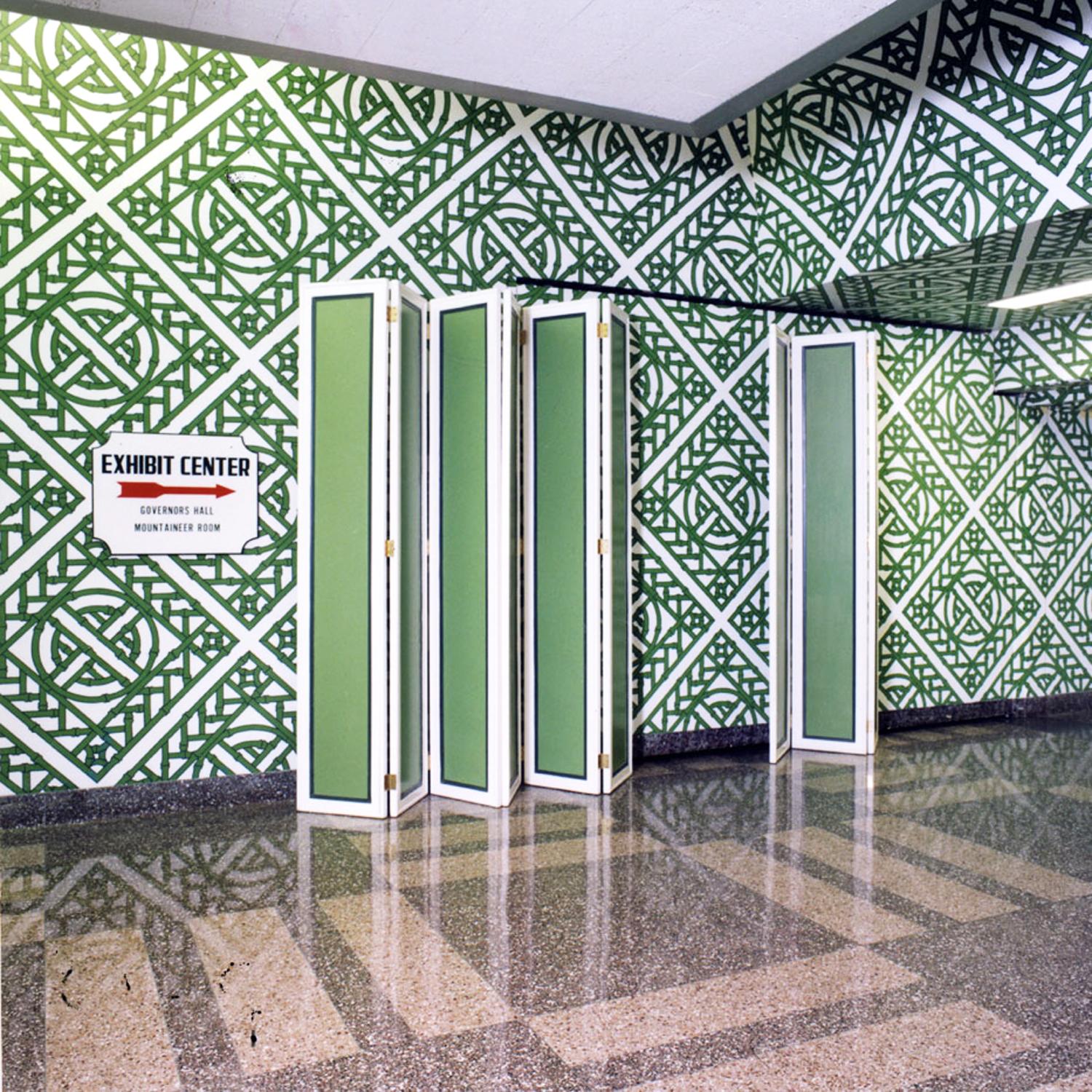 PHOTO: The Greenbrier
Previous Next
2 OF 12

Twenty-six presidents have spent the night in this historic luxury resort in the Allegheny Mountains of West Virginia, which dates back to 1778. During WWII, the State Department leased the hotel for relocated German, Japanese, and Italian diplomats, and it was later purchased by the U.S. Army and converted to a hospital for the treatment and rehabilitation of soldiers. In the 1950s, the government once again tapped the hotel, this time to build a bunker/bomb shelter in the case of an apocalyptic emergency. Called the “Emergency Relocation Center,” it was to be occupied by the U.S. Congress in time of war. The shelter was decommissioned in 1992 after exposure by the press, and today, hotel guests and the public alike can tour the impressive space carved into the hillside. 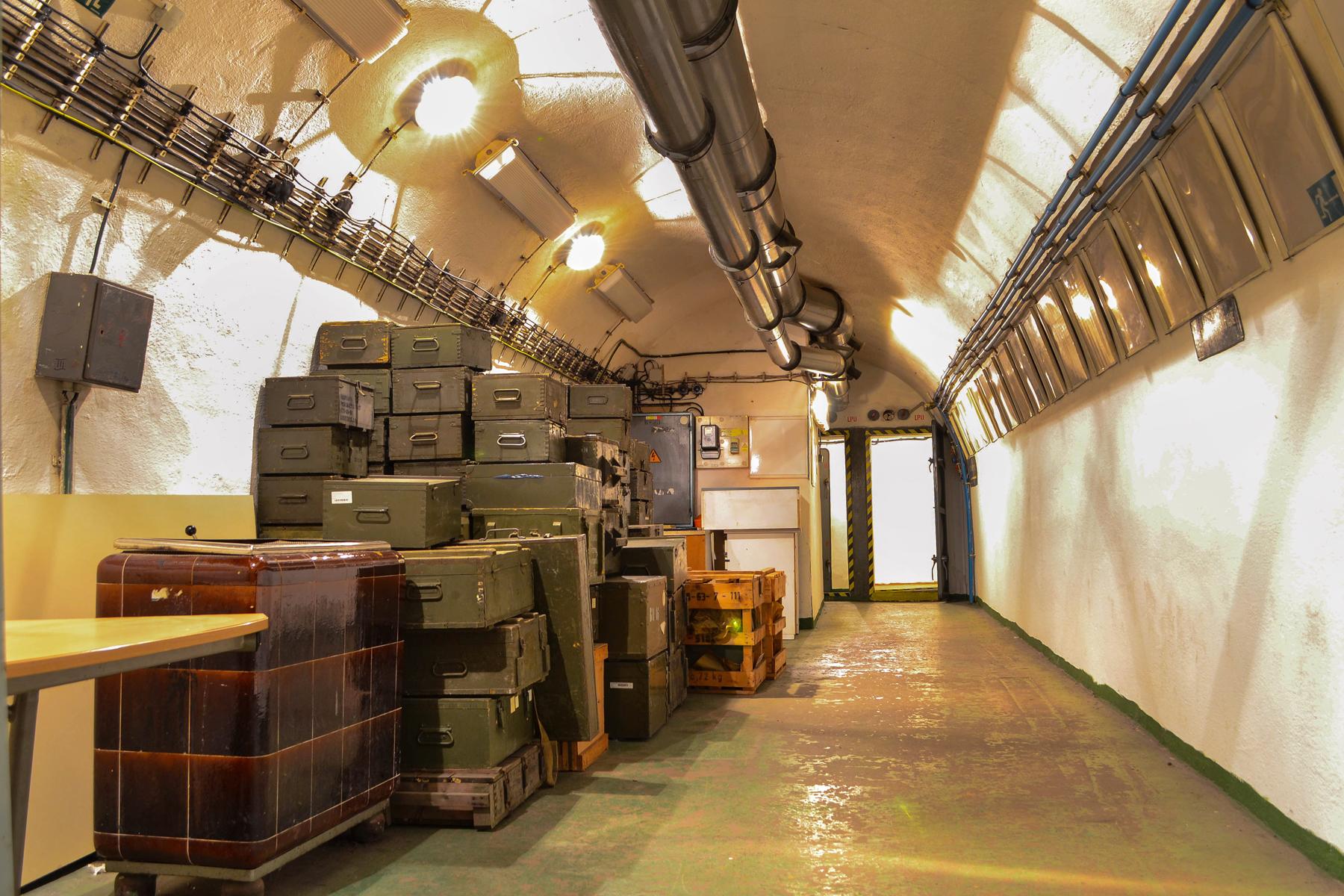 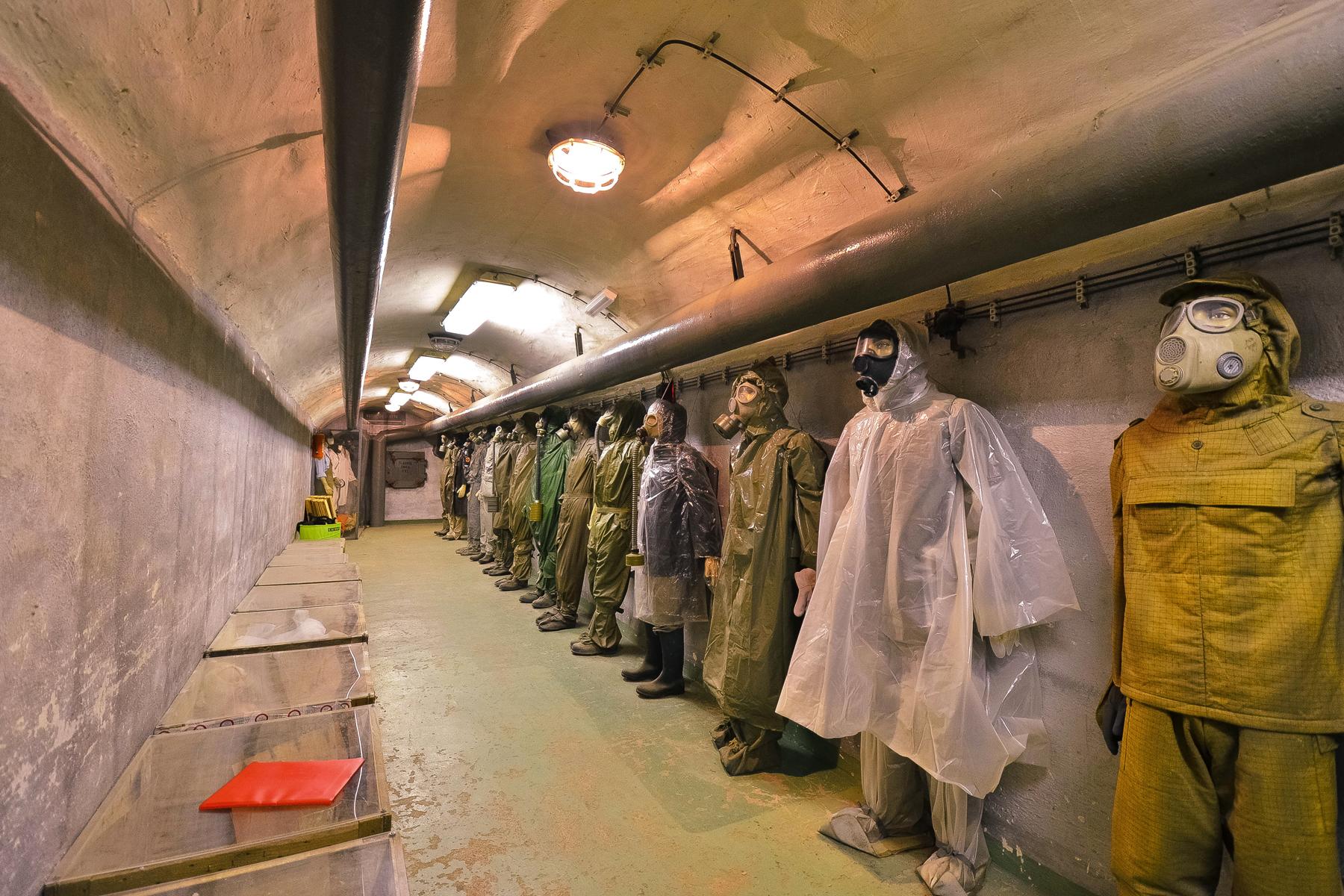 You might get confused when visiting this bunker: Sitting above it is a popular beer bar, hangout of musicians and artists who come for the cheap refreshments and the fresh air on the top of the hill. But below the bar is a bunker, accessible only with a guide, which now serves as a museum of equipment and gear used in WWII and the Cold War. Learn about living in a communist country as you explore abandoned tunnels and relics of the past: gas masks, helmets, books, uniforms, and more. When you’re done hearing dark stories of paranoia, pop back outside and wash it all away with a cold brew. 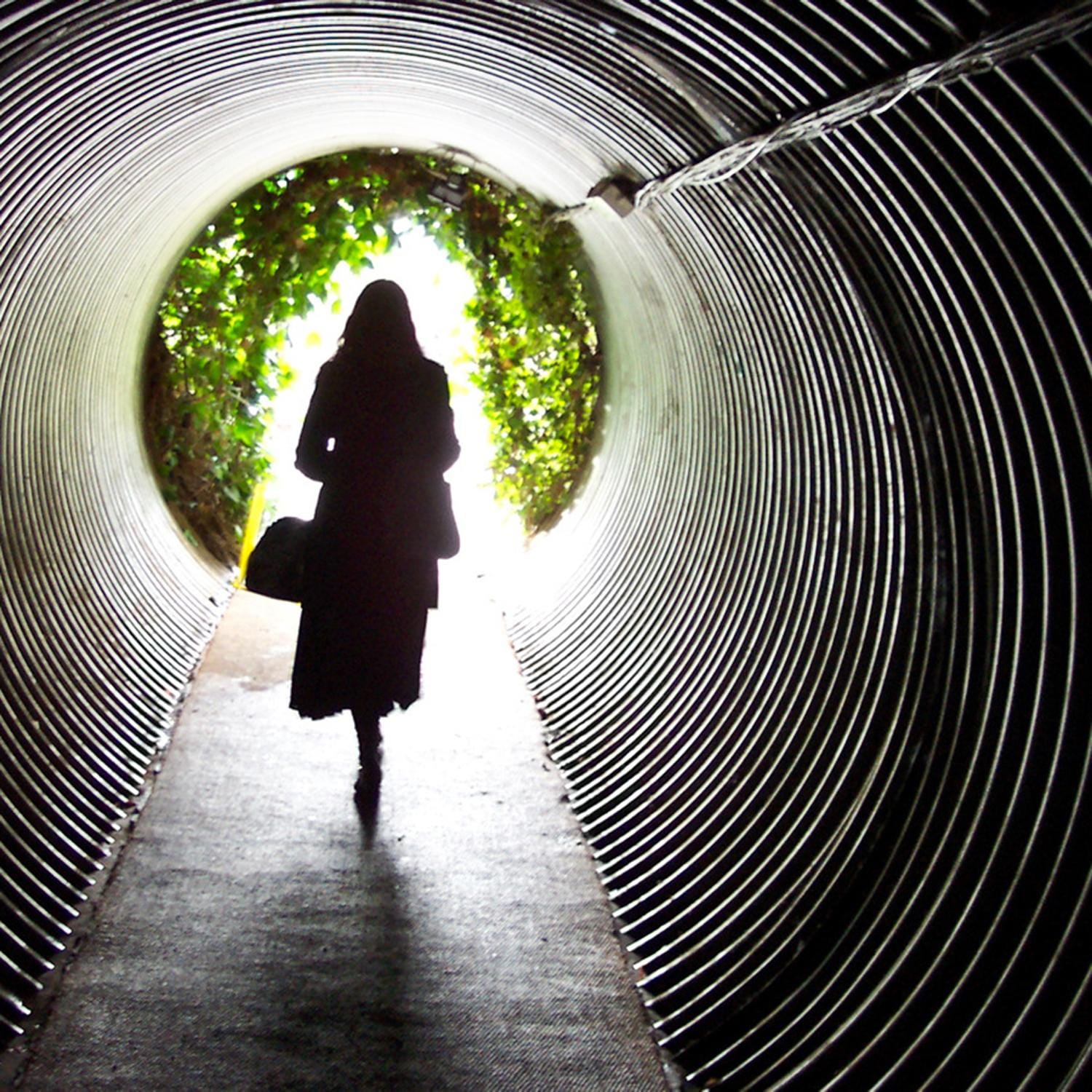 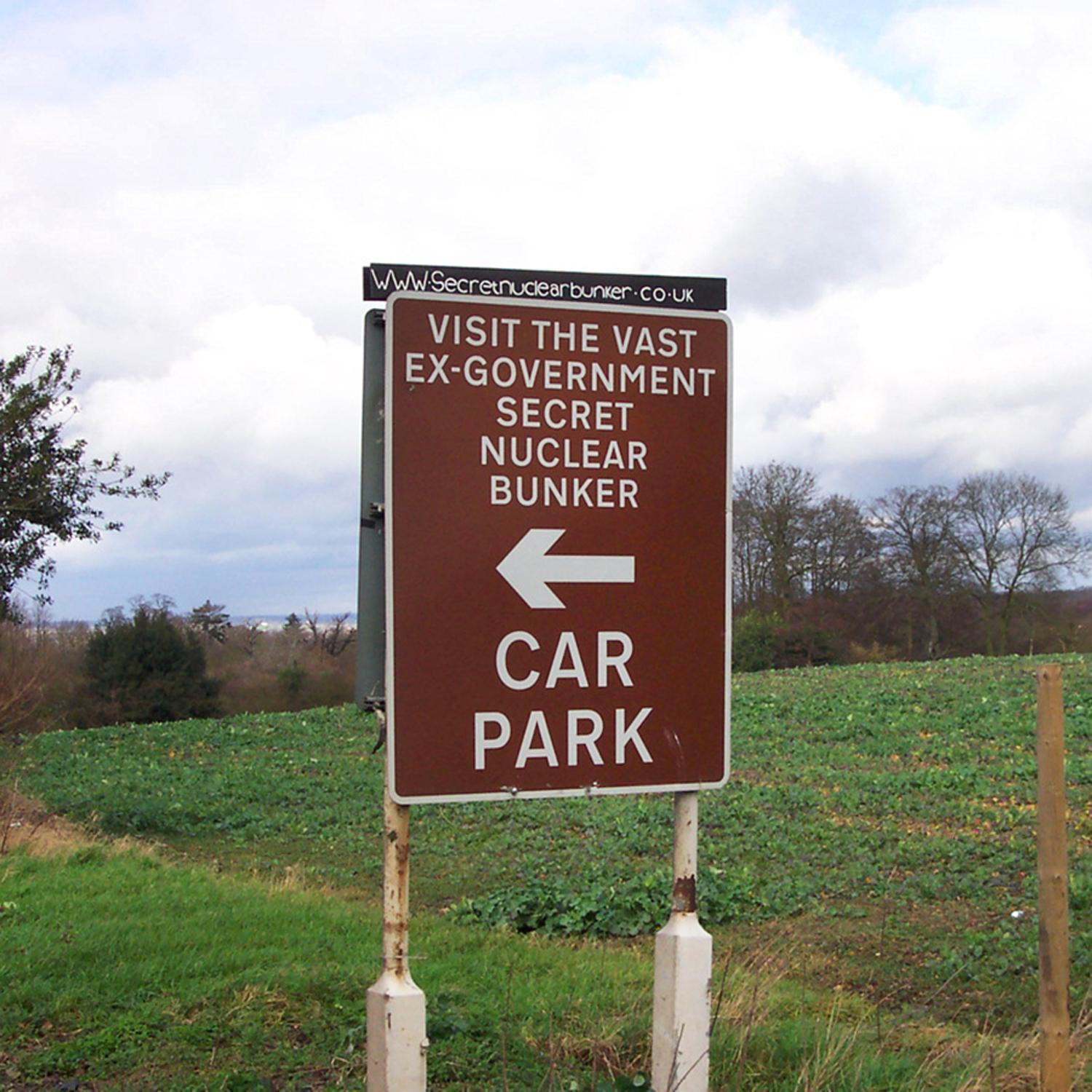 PHOTO: Kelvedon Hatch
Previous Next
4 OF 12

To find the Kelvedon Hatch in Essex, just follow the unironic signs to the “Secret Nuclear Bunker.” The refuge was first built as part of the U.K.’s air defense network in the 1950s, then later maintained as an emergency regional government headquarters designed to house up to 600 military personnel. After being decommissioned in 1992, it was transformed into a museum with a self-guided tour and is also occasionally used for various filming projects, including the video game The Bunker. Outdoor enthusiasts should come ready to play—the 25-acre property also houses a ropes course and adventure park. 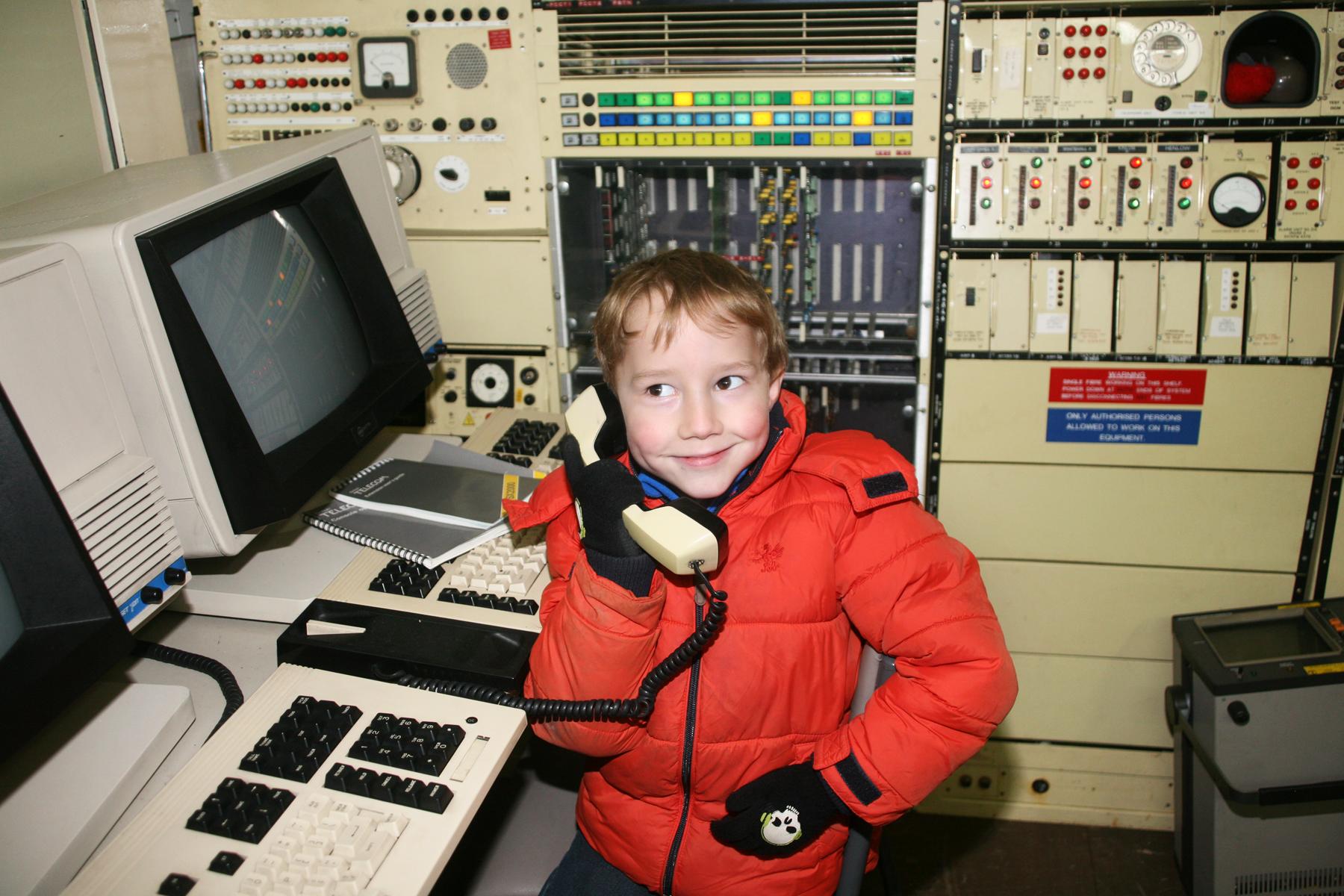 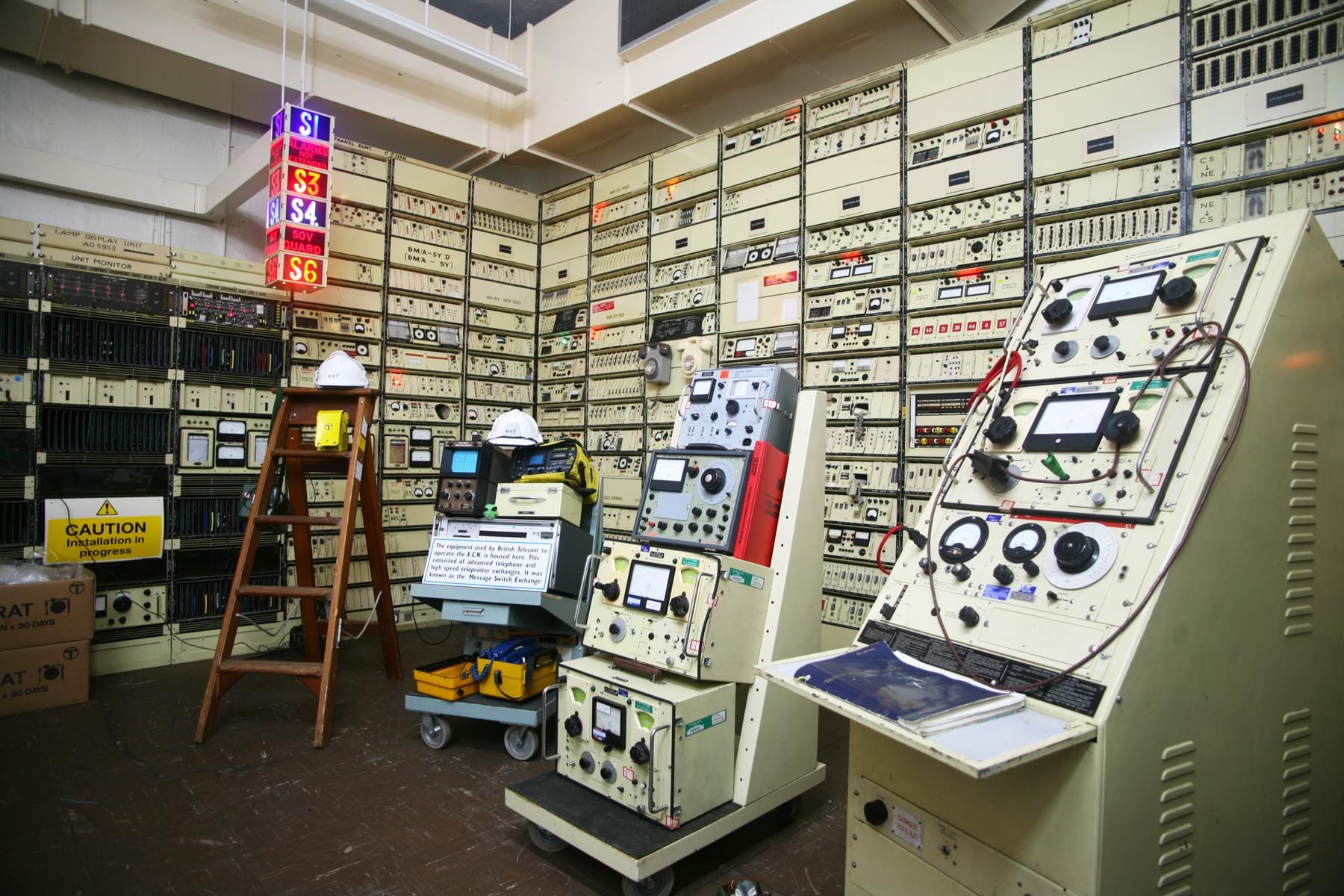 Just outside of a rural town in Cheshire, the site of the 35,000-square-foot underground complex was originally used for military operations in World War II. In the 1950s, the bunker structure was built, then later rebuilt in the 1980s at a hefty price to make it blast-proof. It was one of 18 such sites meant to be the center of the regional government in the case of nuclear war. In 1998, it was fully declassified, and now the public can stroll through and envision the preparations scenario: communication centers, decontamination facilities, original broadcasts (produced to be shown on all televisions should there be an attack), and more, including and the largest curated public display of nuclear weapons in Europe. For the extra-curious, there’s a simulator to recreate sights and sounds–and possibly even smells–of the bunker under strike. 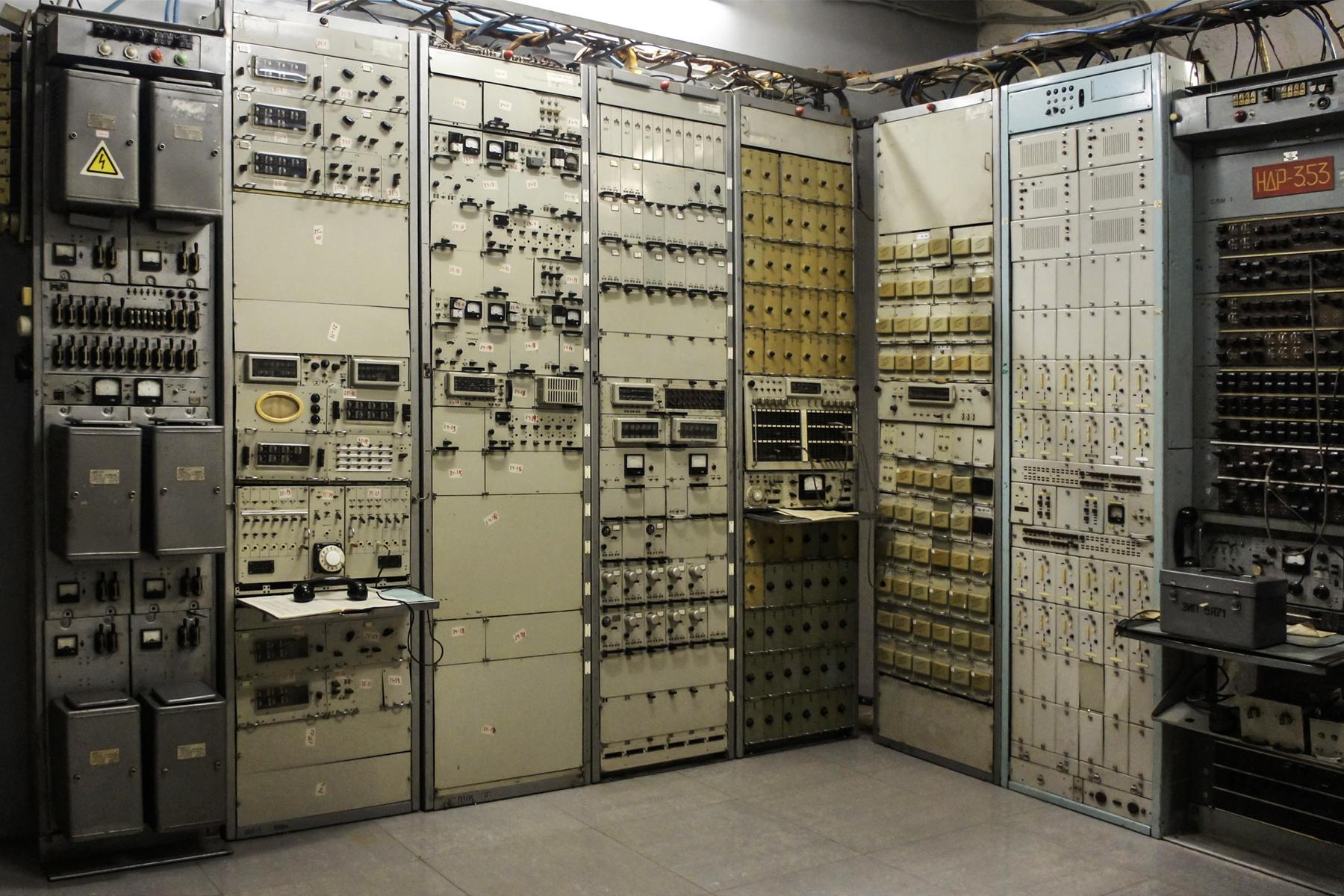 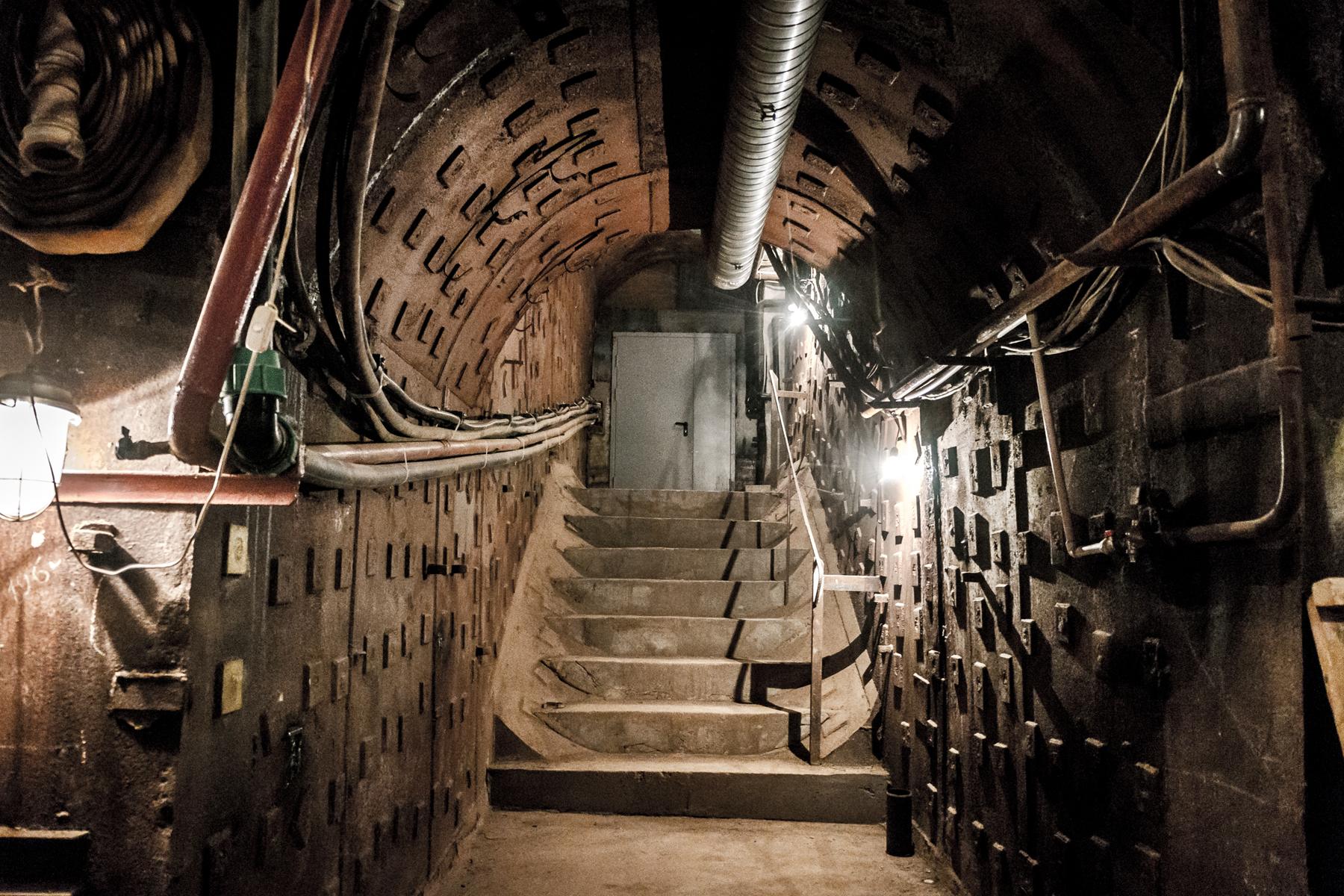 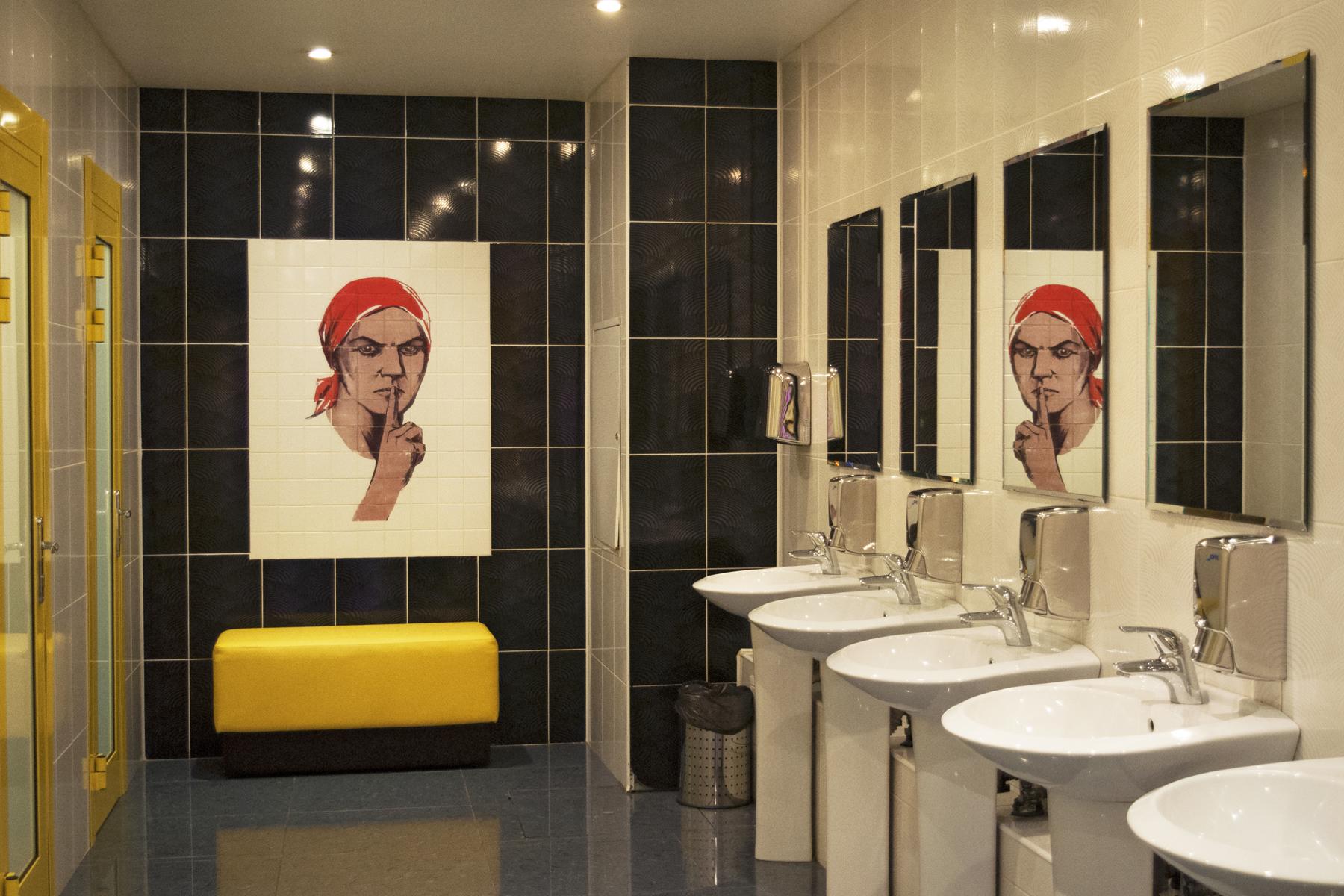 Moscow’s Bunker 42 was built in proximity to the Kremlin specifically as the fallout shelter for Joseph Stalin and the USSR government in the event of nuclear attack. For its last three decades it was used as a communication center for strategic bombers, but in later years was deemed unfit for modern weaponry and declassified. Today it houses a museum, banquet halls, conference rooms, a restaurant and bar, and in stark contrast to the gravity of its former purpose, hosts children’s parties and weddings. Several tours are offered–some focus on Cold War artifacts, some aim to show what life was like during the Soviet era. You’ll see chemical protective suits, masks, Geiger counters, Soviet posters, and a special effects-imitation of a nuclear missile launch (probably not for the faint of heart). 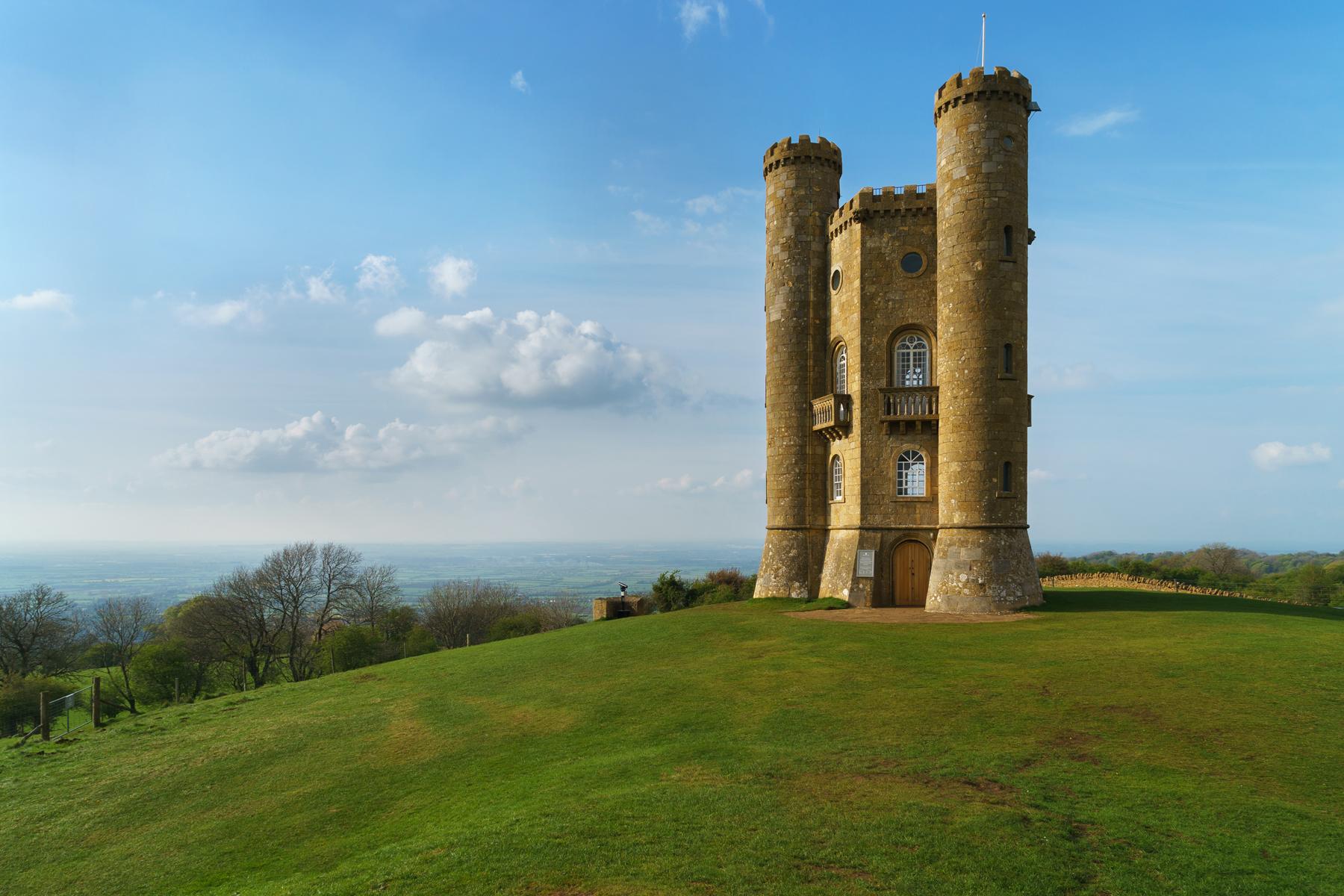 Perhaps the most picturesque and with the most storied history on this list, the Broadway Tower was completed in 1798 for George William, 6th Earl of Coventry, and used as a lookout for trade. Later it was home to the printing press of Sir Thomas Phillips, perhaps the greatest collector of manuscripts and books in history, and still later, used as a holiday retreat by members of the Arts and Crafts movement in the late 1800s. The Royal Observer Corps occupied the unique vantage point to track enemy planes over England during the World Wars and constructed a bunker 15 feet below a field to report nuclear attacks during the Cold War. The bunker was closed in 1991 but has since been fully restored. A visit is a step back in time, and most weekends there is an opportunity to meet retired members of the Royal Observer Corps on site and discover first-hand how life in the secret bunker worked. 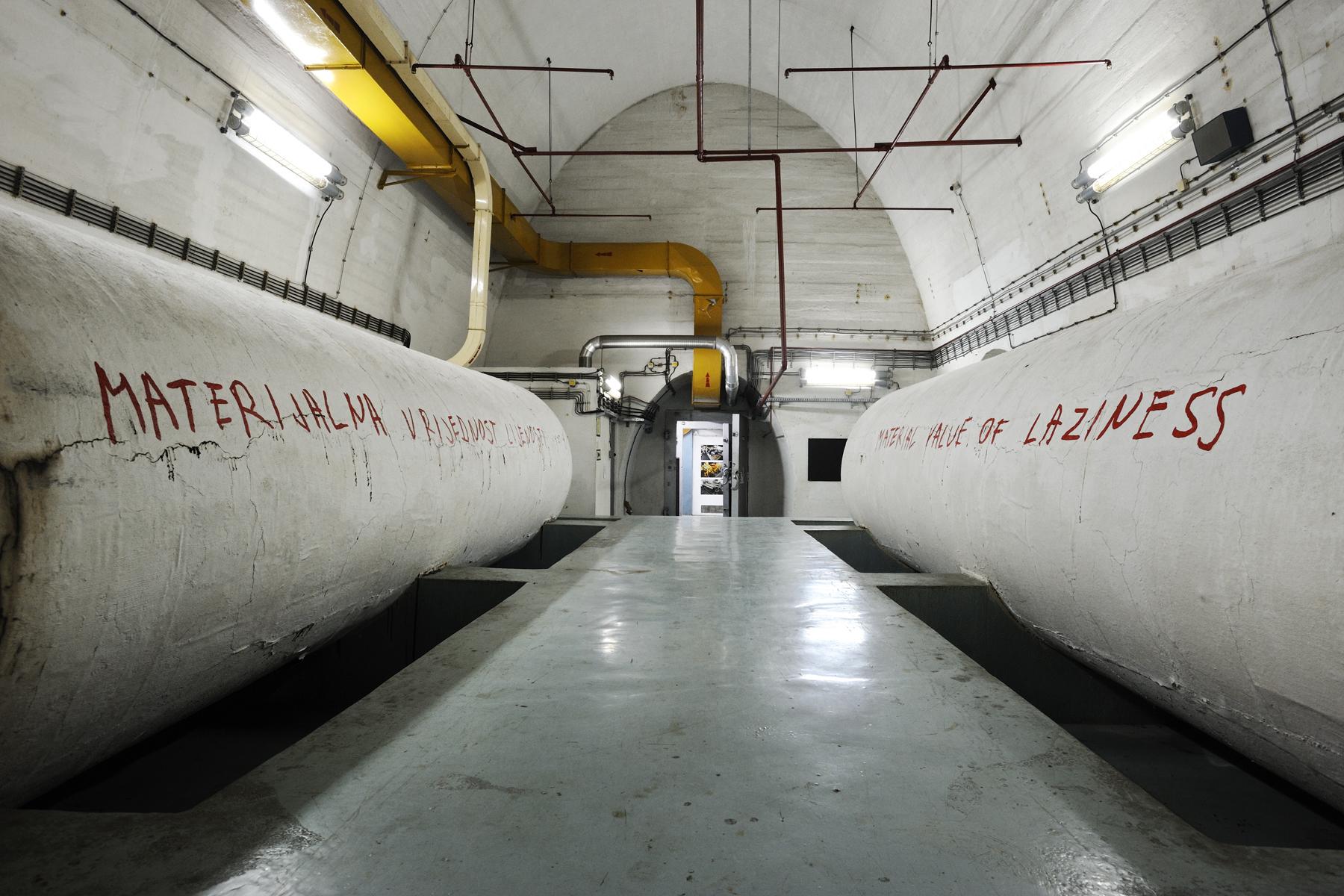 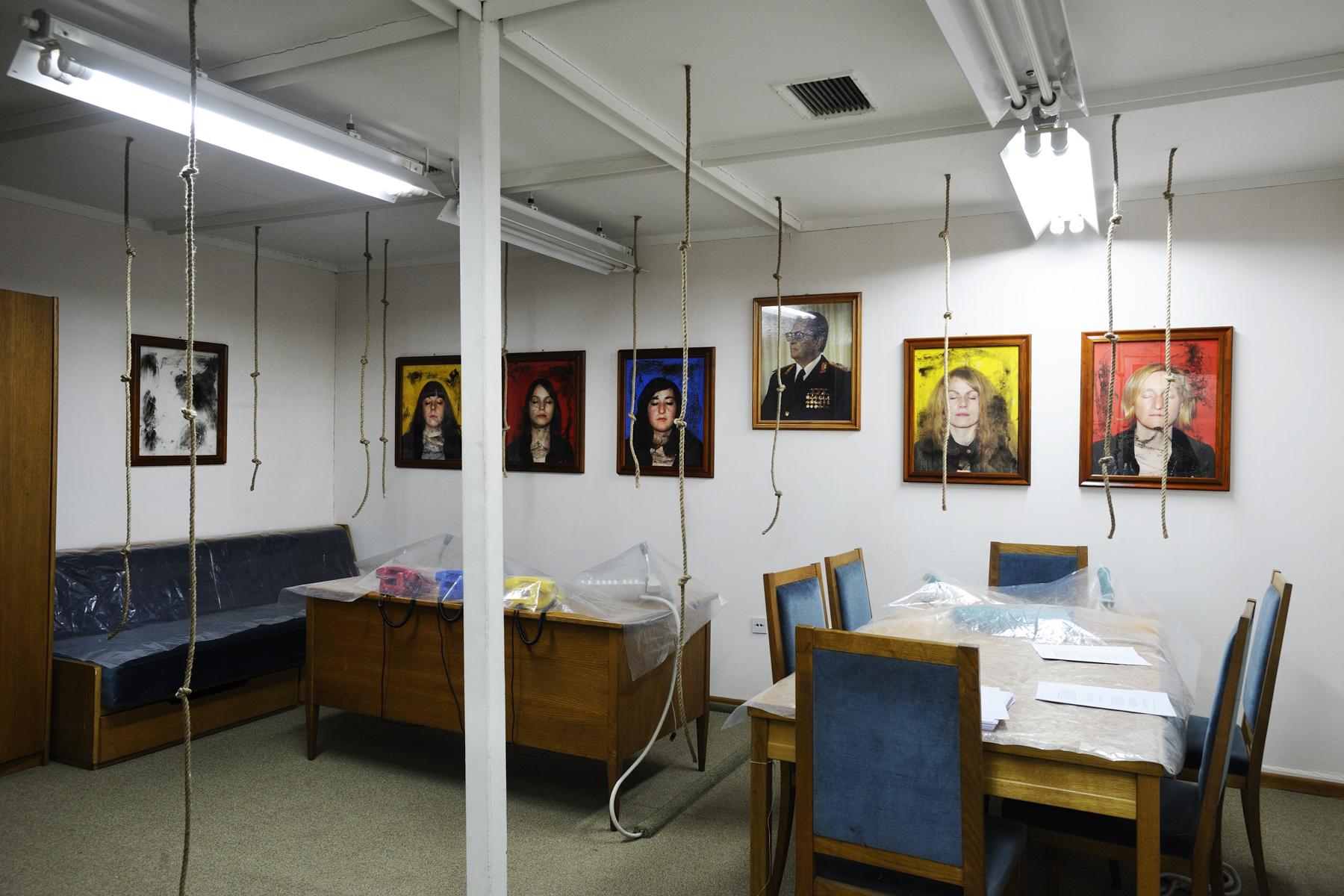 PHOTO: Anna McCarthy
Previous Next
8 OF 12

No, this bunker isn’t stocked with vodka. It is, however, one of the most unique art exhibition spaces you’ll ever find yourself in. Built by former Yugoslavian leader Josip Broz Tito as a safehouse for 350 members of the ruling class in the case of a nuclear attack, the project took 26 years and was completed in 1979, shortly before Tito’s death. The seemingly unassuming exterior near the Bosnian town of Konjic extends over 600 feet into  Zlatar Mountain, with close to 1,000 feet of rock above it. It was to be demolished in 1992 by order of the Serbian high command in Belgrade but the Bosnian military guard refused, and today it is still as intact as it was during the Yugoslavia era. To see the preserved bunker, make a reservation through a local tour company or visit during the Biennial of Contemporary Arts, a Cultural Event of Europe which enjoys UNESCO support and preserves cultural heritage. 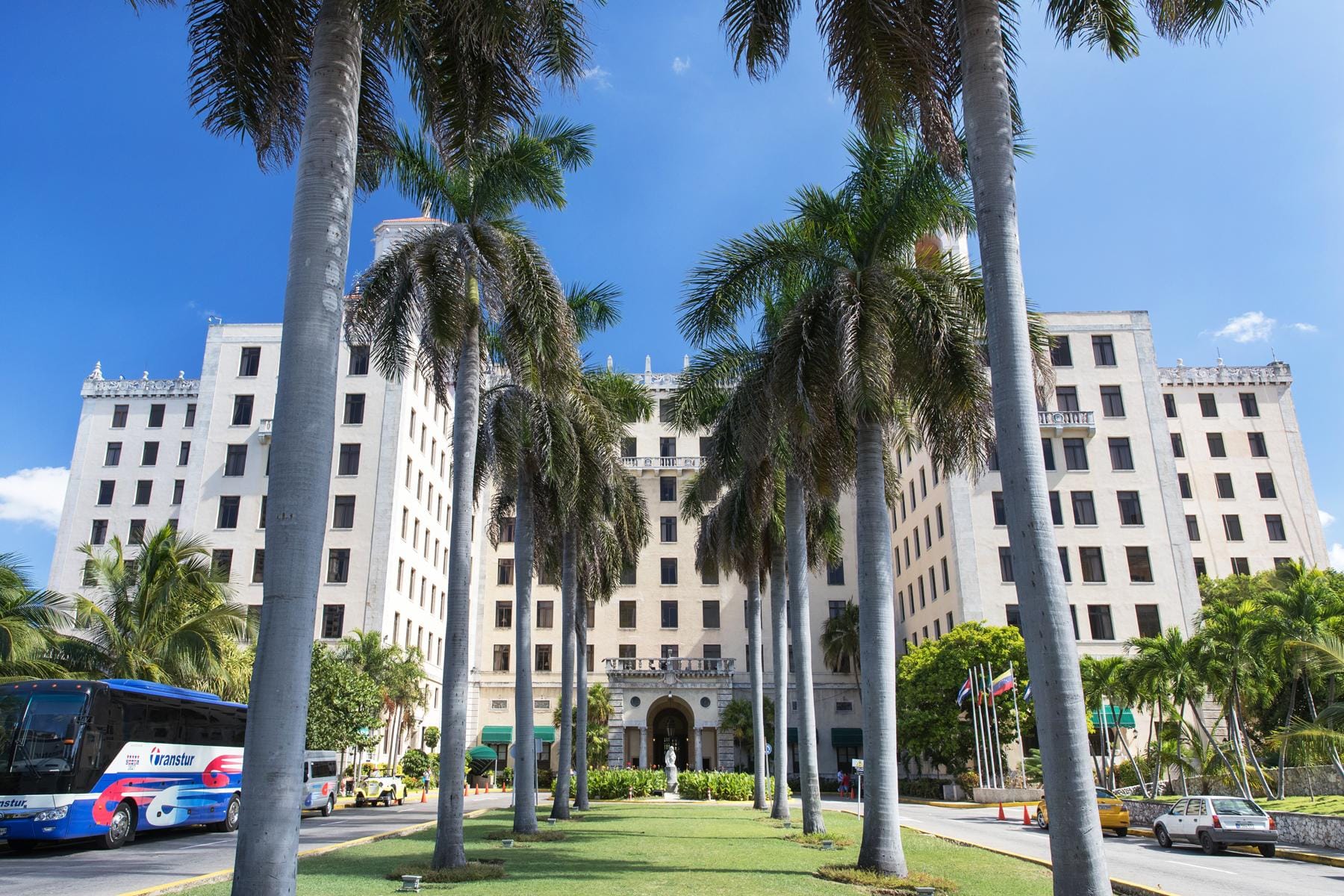 The stately Hotel Nacional in Cuba has a storied history: Overlooking the seawall, it’s been the destination of a who’s-who of flashy guests from Winston Churchill to Frank Sinatra to Naomi Campbell. It was also a favorite of mobsters, once serving as a venue for the infamous Mafia summit later depicted in The Godfather Part II. During the Cuban Missile Crisis, Fidel Castro and Che Guevara used the hotel as headquarters to prepare against an aerial attack and today, trenches and tunnels on the grounds built by the Cuban Army to serve as a bunker now house an exhibition on the crisis, serving as an immersive history lesson. 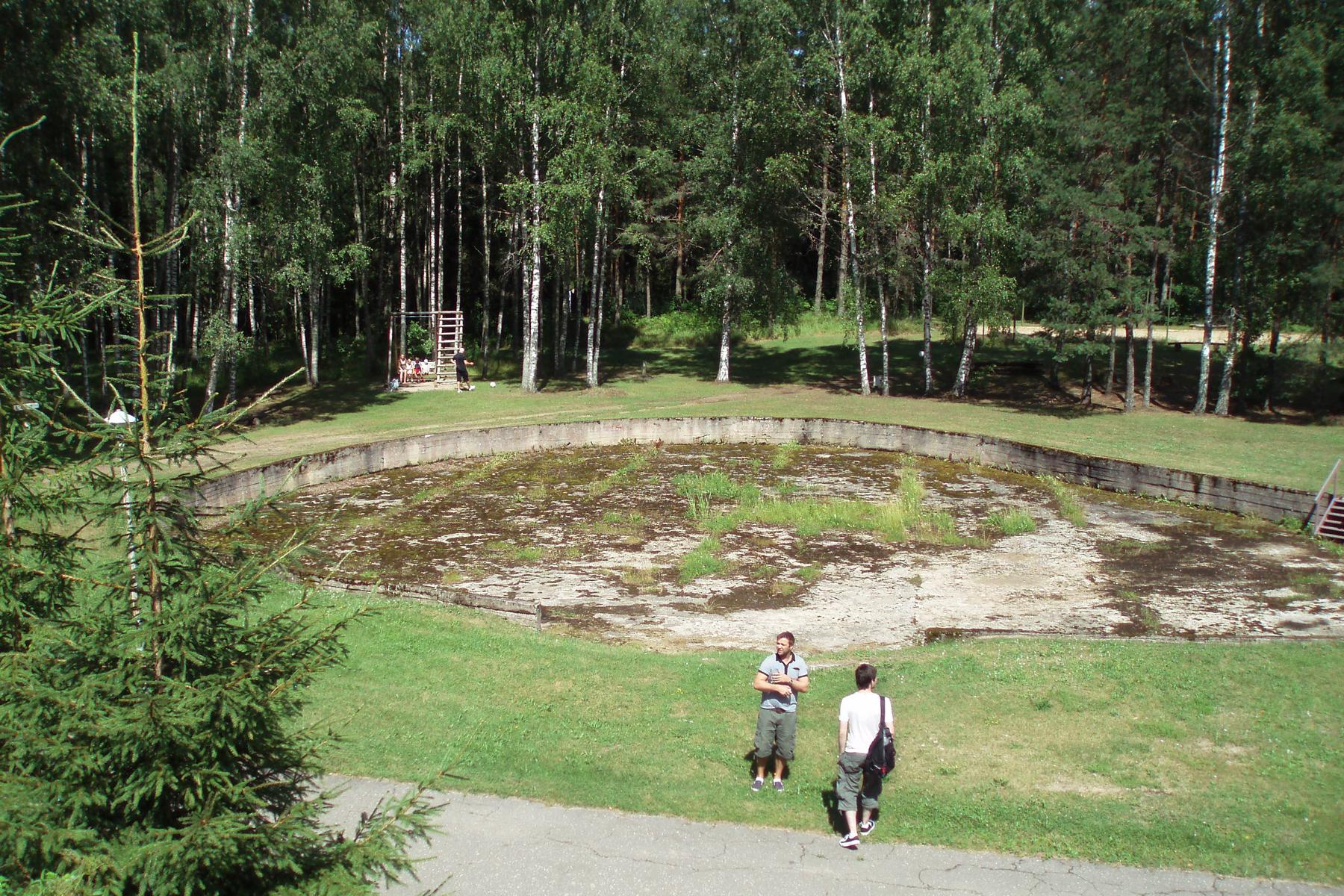 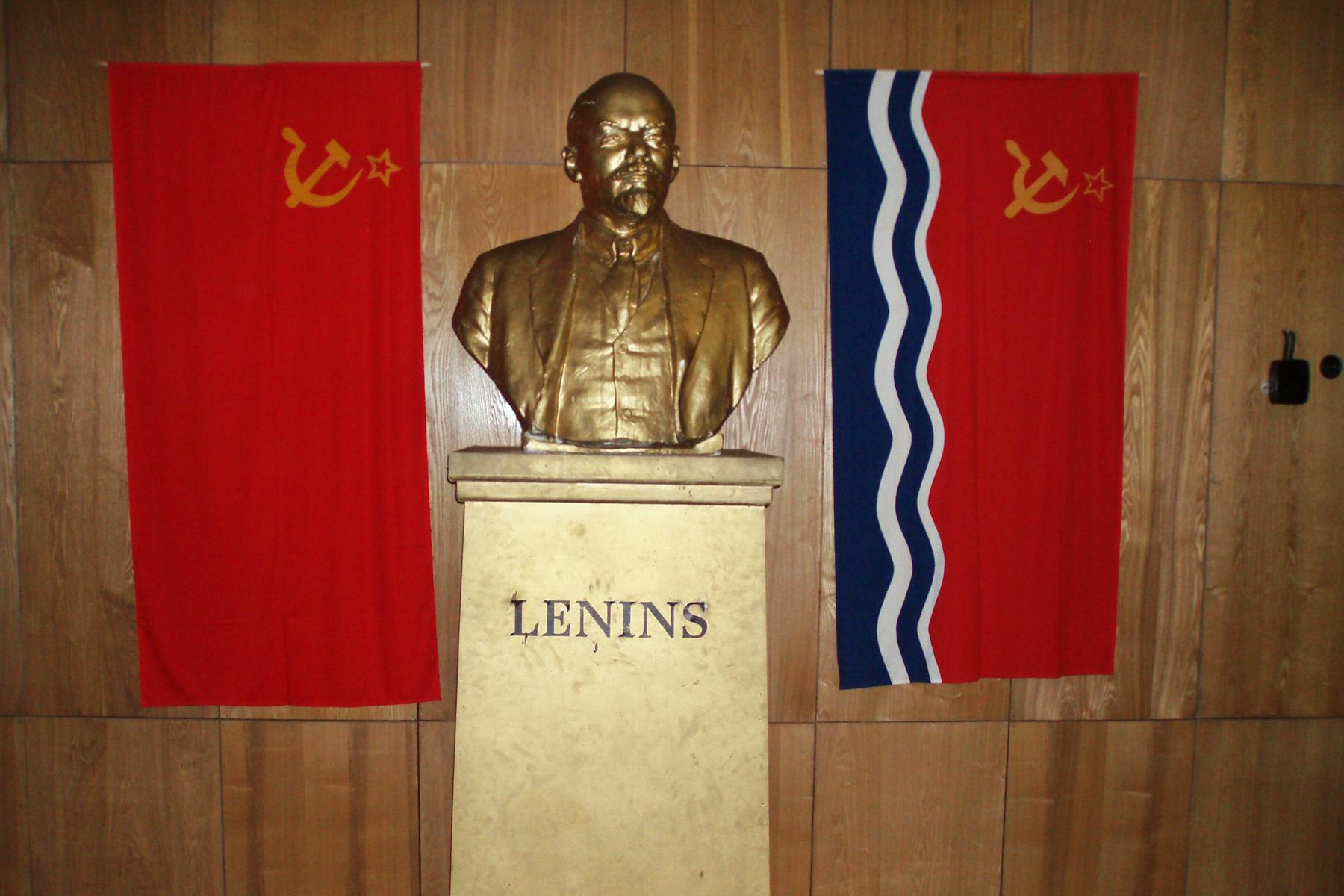 Thirty feet and just a staircase below a spa-filled rehab center is this bunker, nicknamed “The Pension House,” designed to hold the Latvian communist elite in the event of a nuclear attack. Declassified in 2003, the 6,500-square-foot shelter could house up to 250 people for three months in a self-sustaining space with its own sewage system, water well, and electricity. Today visitors can see a time capsule of the past, complete with contingency plans in case of war, books by Marx and Lenin, and a telecommunications center. And to feel just like you’re there,  tourists can even have a 1980’s Soviet-style meal at the canteen. Meals must be booked in advance. 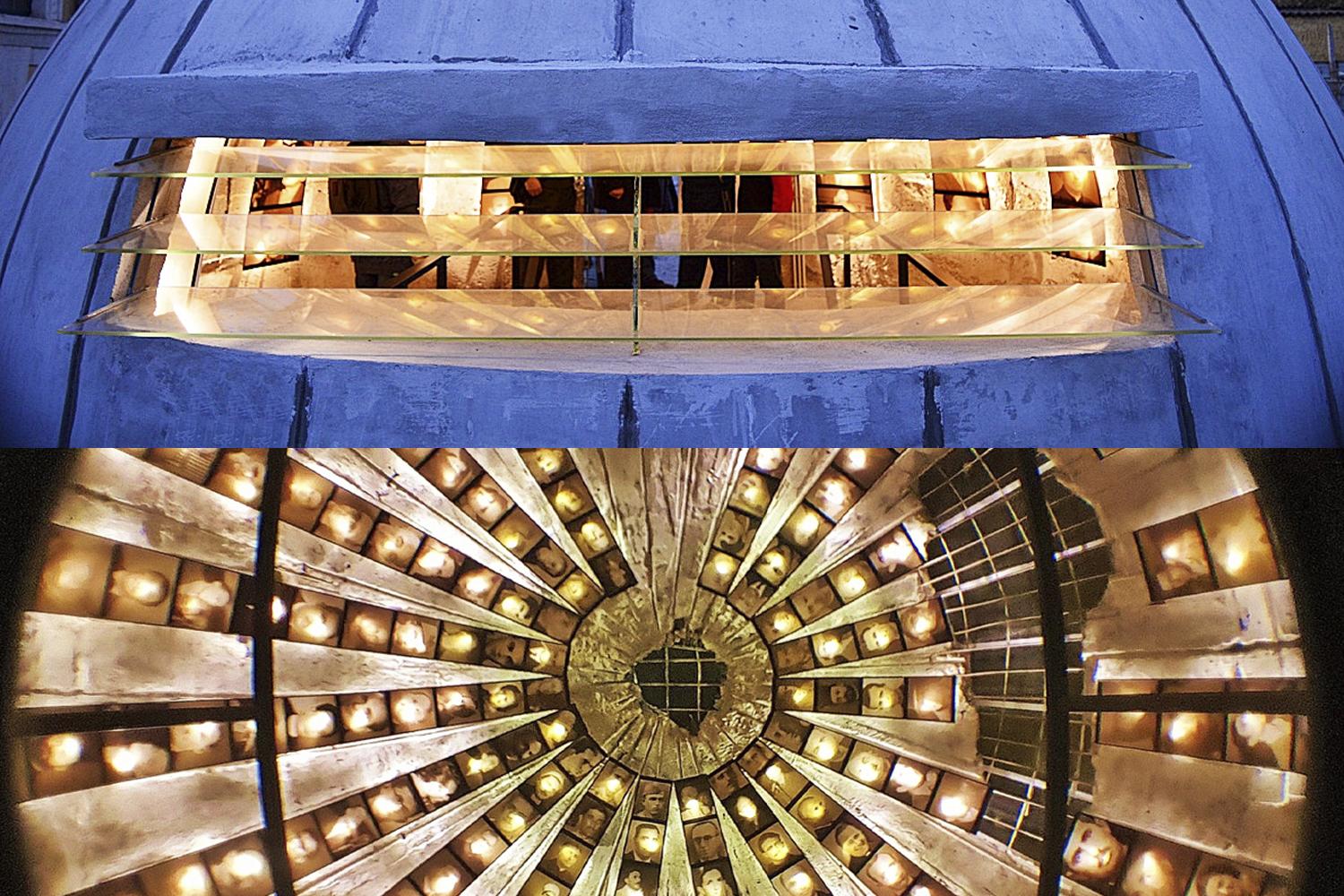 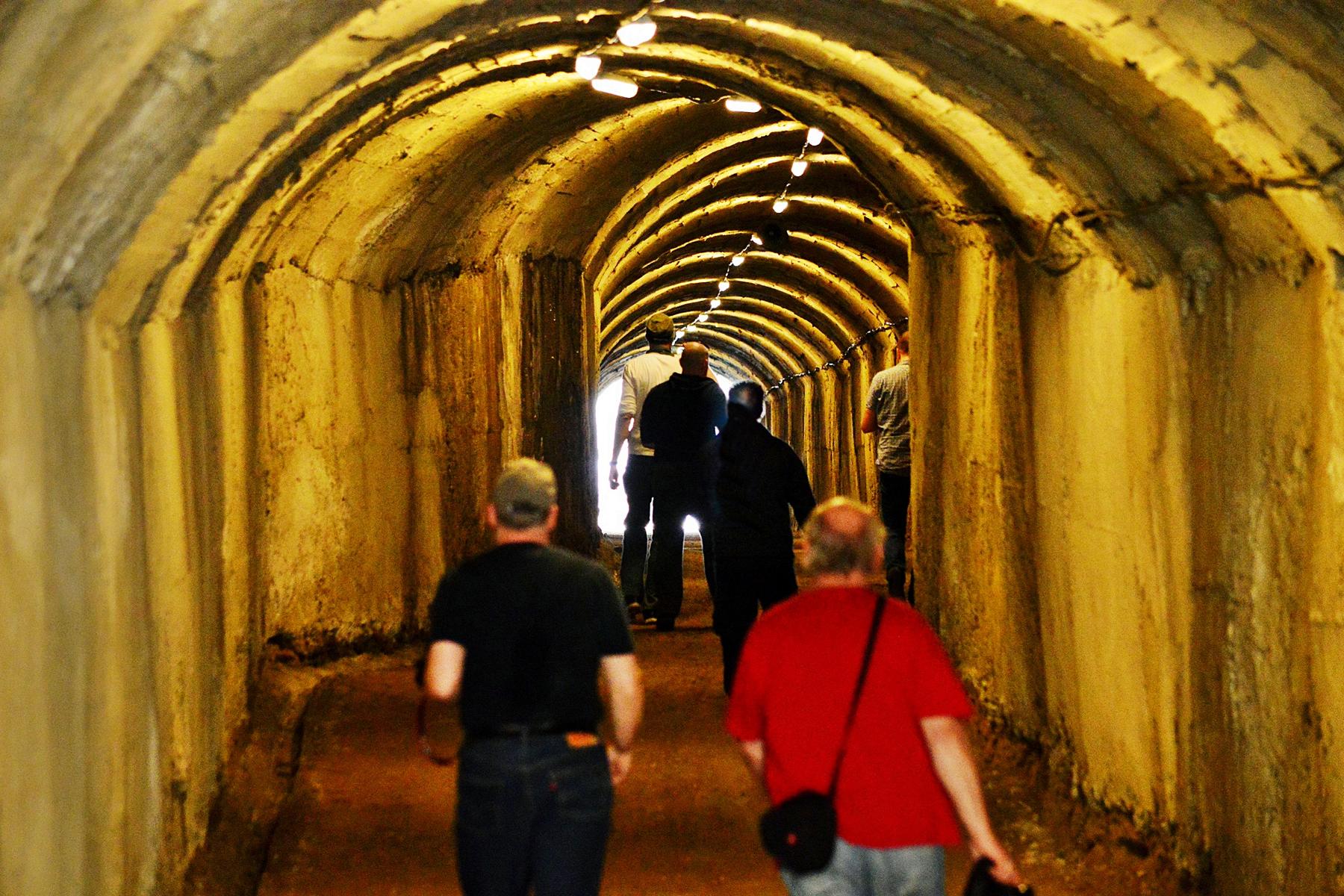 Creative re-purposing happened at Bunk’Art, an escape bunker originally built for Albania’s long-term communist dictator Enver Hoxha (1941-1985) and his government. A portion of the original five-floor, 106-room underground palace now houses a historical museum and contemporary art gallery, showcasing recreations of how the space would have functioned, with furniture dating back to the original era. Historical exhibitions on the Albanian communist army and daily lives of Albanians during the regime alternate with art installations, while the former assembly hall has been turned into a concert hall. 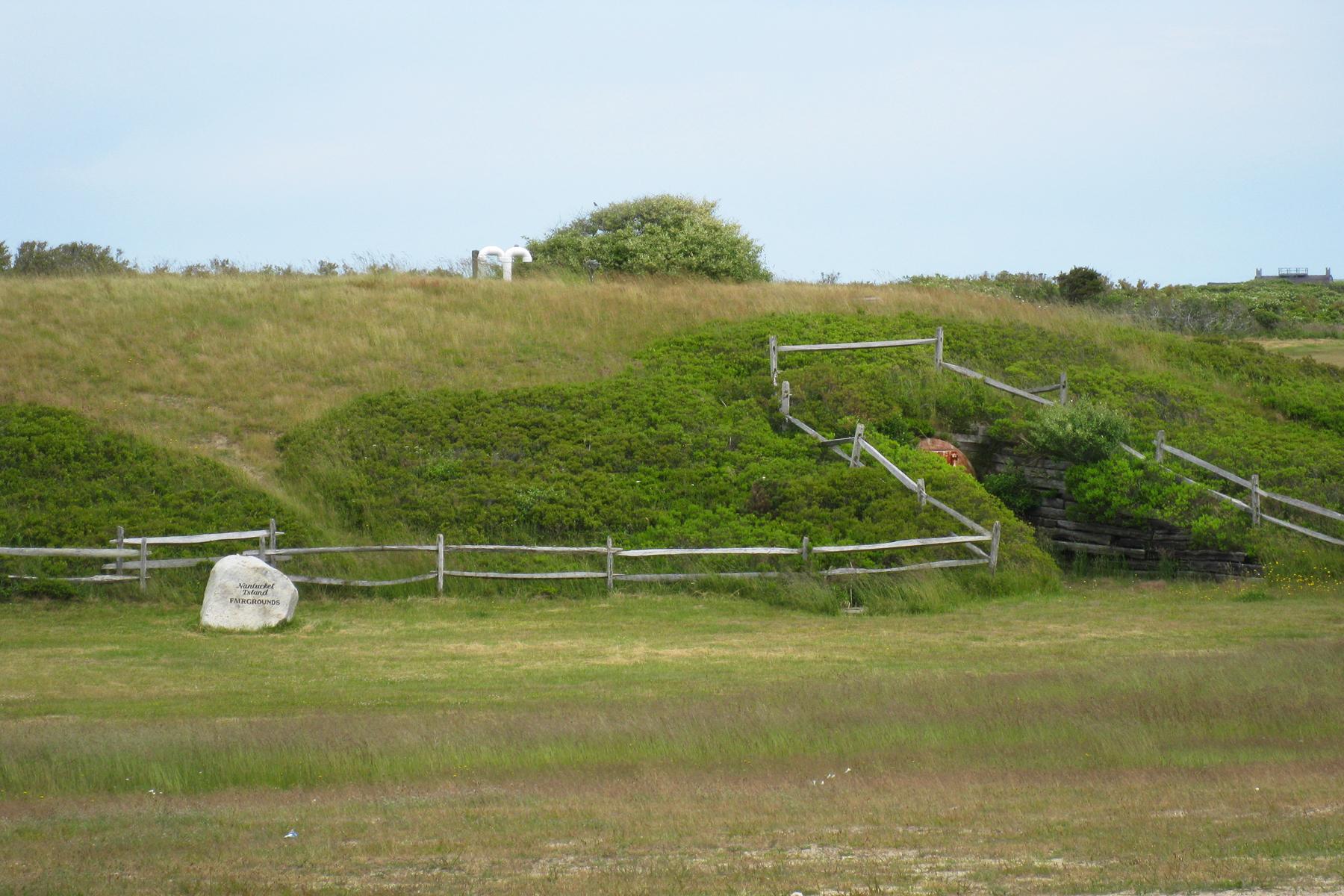 JFK was the Commander in Chief during the outbreak of the Cuban Missile Crisis. So as to ensure that he was never far from shelter, the SeaBees (the nickname for the United States Naval Construction Forces) built this bunker under Peanut Island, 10 minutes away from his resort home in Palm Springs. After the threat of nuclear Armageddon was forgotten, so was the structure, and it fell into disrepair. In the mid-1990s, the site was leased for restoration, and in 1999 opened up for tours. It closed in late 2017 and it’s not known when it will reopen, but you can see artifacts from the bunker and learn about its history at the Palm Beach Maritime Museum.