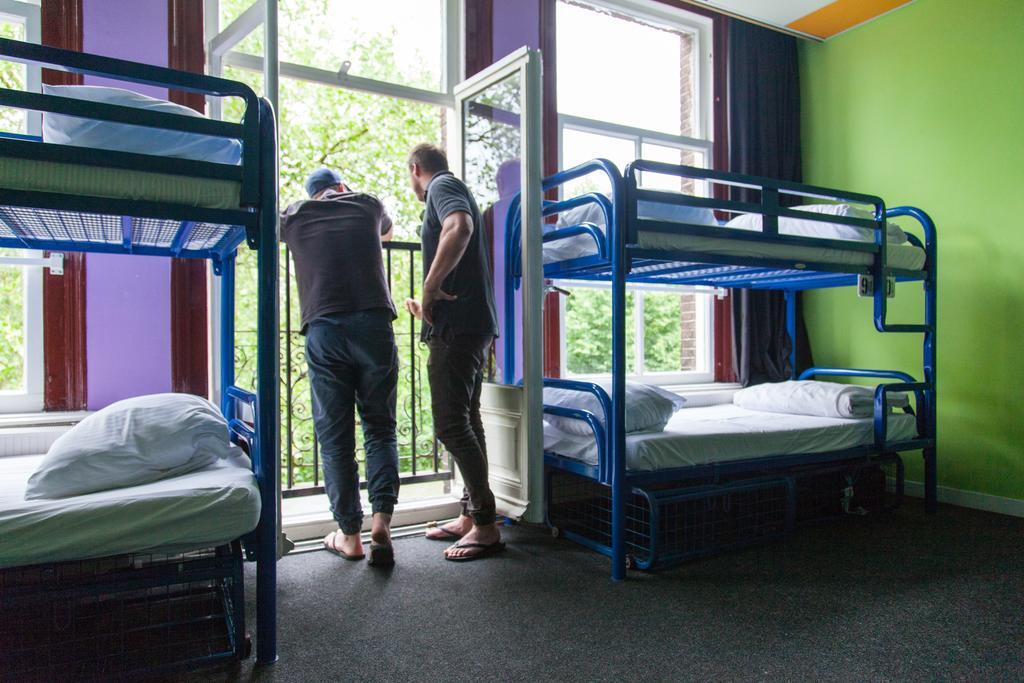 A longer cruise for less money? Get on board!

Cruise lines carry a lot of secrets: One is that they can’t afford to sail an empty ship between regions to kick off a new itinerary each season. For example, ships that sail Europe’s oceans and the Mediterranean Sea during the blissful summer months will, each fall, move the ship to a sunnier climate. That might be Florida, the Caribbean or South America. This means a transatlantic crossing is necessary between seasons. These moves are all intentional, designed to capture the best weather patterns in each region.

If you’re looking for an affordable cruise, these repositioning cruises—also called transatlantic cruises—are a deal if you don’t mind more sea days (cruise lingo for when you’re at sea and not docking) and a longer trip. This only means more time to enjoy the ship’s amenities, such as live music, musicals, cooking classes, the spa, pools, adventure sports (yes, really, like waterslides, rock climbing, and zip-lining), the fitness center and jogging track, or simply sunning on the Lido deck. Most ships of this size (2,000 to 4,000 passengers) also feature an art gallery and casino. And because some cruise-ship passengers are drawn to a frenetic pace of port stops, which this is not, you’ll find fewer people on board.

Although it may not be a port-heavy itinerary, it’s a cheap way to hop on and experience #cruiselife and your “floating hotel” to the fullest. This extended time at sea might also be a chance to blow through a stack of books or dabble in creative pursuits, maybe make new friends. And, remember, all meals and lodging are included on a cruise—and some even throw in free drinks.

Here are 10 examples of affordable cruises. Note that these are based on double-occupancy prices. And you’ll need to buy a one-way plane ticket as departure and arrival ports are not the same. 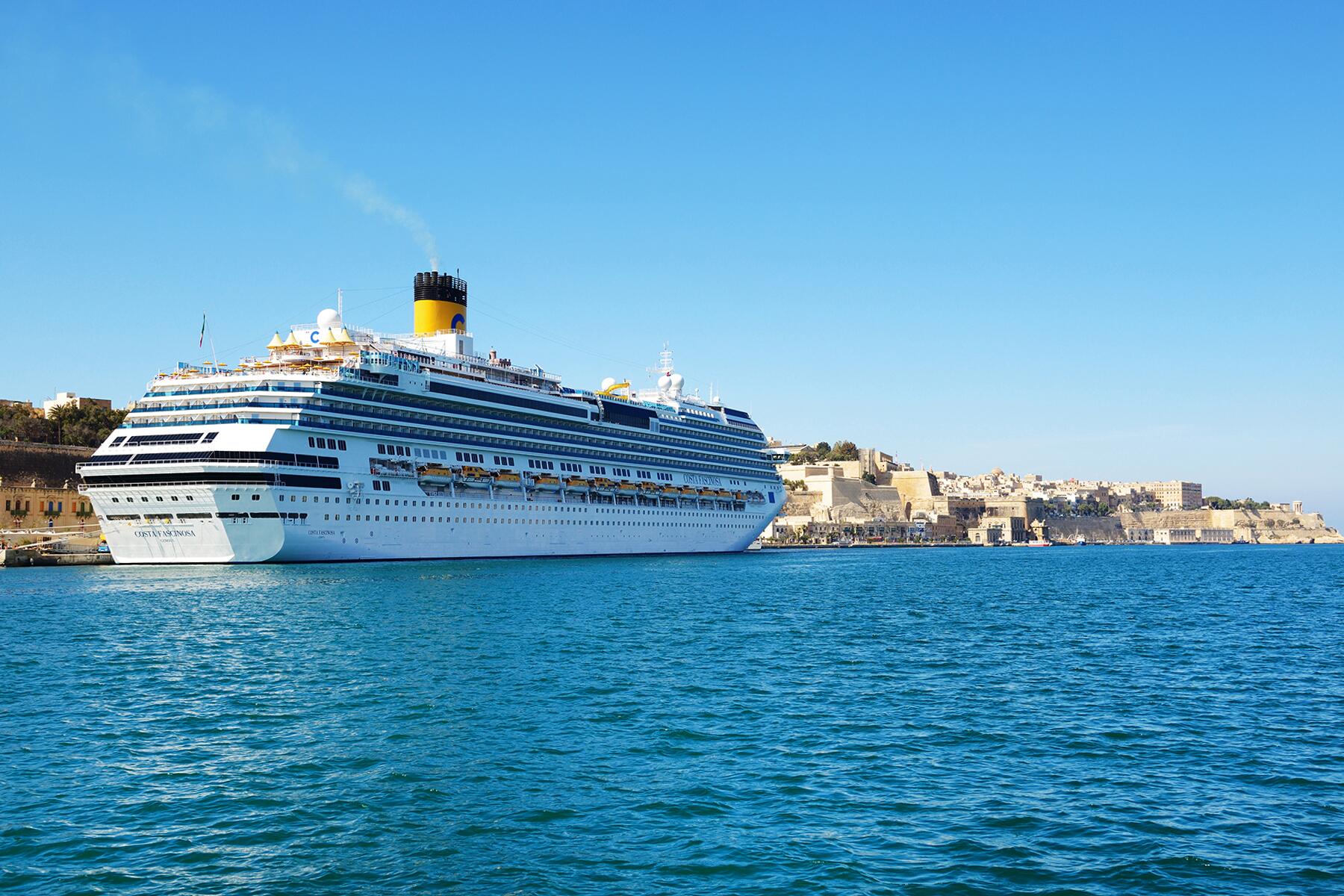 WHERE: From Savona, Italy to Guadeloupe

This Italy-based cruise line falls under the radar for most American travelers, and it also visits lesser-traveled-to French Caribbean ports. Onboard Costa Favolosa, this sail departs Northwest Italy (Savona) on Dec. 6, 2020, and winds through Marseille, France; Barcelona, Spain; and St. Cruz de Tenerife in Spain’s Canary Islands, before arriving in the Caribbean (Antigua, Barbados, Martinique, and Guadeloupe), beginning Caribbean itineraries the following winter. 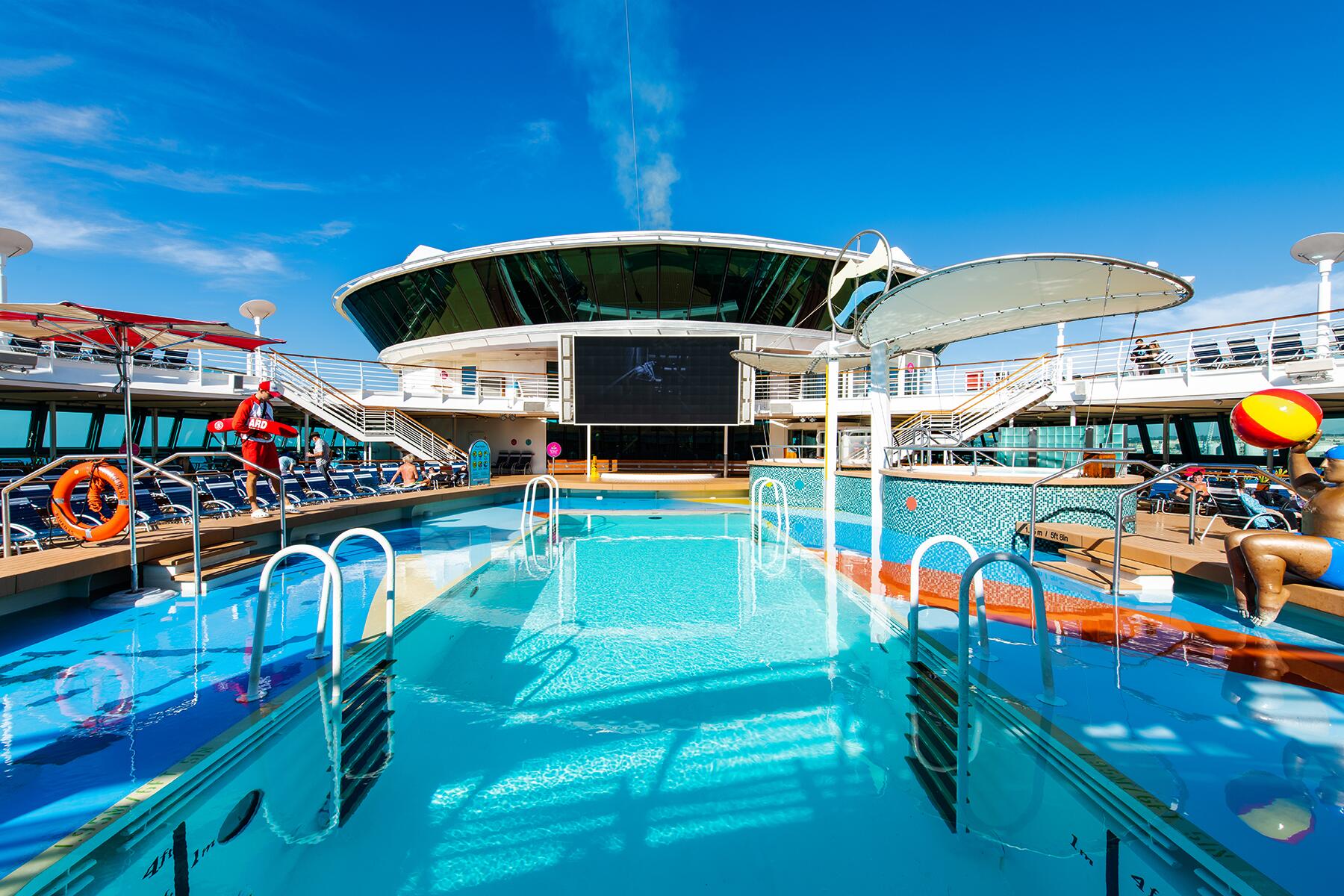 WHERE: From Dubai to Civitavecchia, Italy

This itinerary on board “Jewel of the Seas” seems almost too good to be true—transportation for less than $550 between the United Arab Emirates and Europe, passing through the storied Suez Canal in Egypt. Departing on March 23, 2020, from Dubai, you’ll dock in Oman (Muscat and Khasab); Jordan (Aqaba); Greece (Athens and Rhodes); Naples/Capri, Italy; and finally, Civitavecchia, near Rome. Keep yourself busy on sea days with the rock-climbing wall, dive-in movies, or Latin dance classes, plus culinary concepts from dry-aged steaks to sushi. 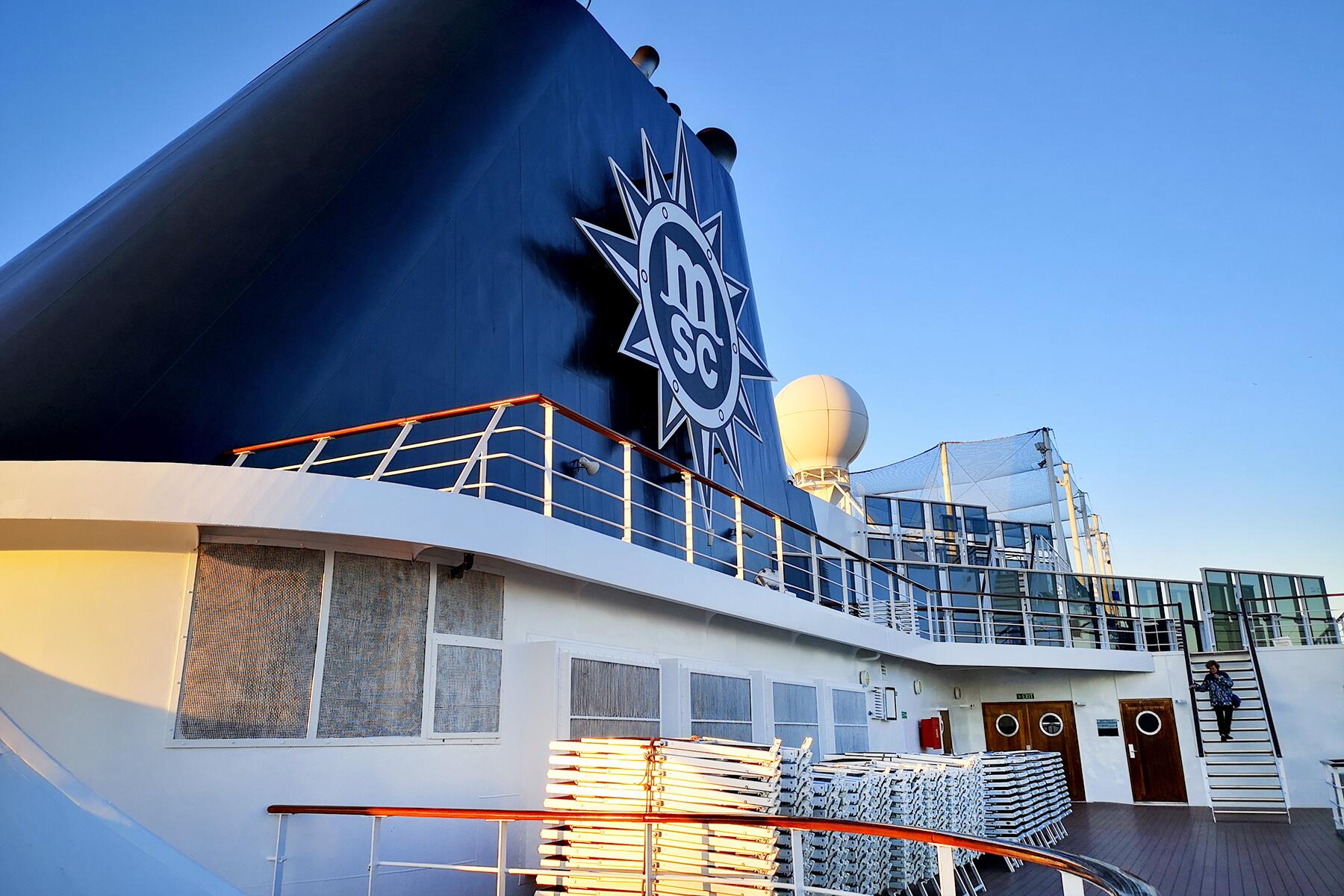 WHERE: From Itajai, Brazil to Venice, Italy

If you can’t decide between South America and Europe for your next vacay, this itinerary on board MSC Sinfonia makes the decision for you: you’ll visit both continents. The catch is that you need a whole month free. But you can also visit nine countries for less than $2,000 (don’t forget, this includes lodging and food). Departing Itajai, Brazil on March 7, 2020, you’ll visit Montevideo, Uruguay; Buenos Aires, Argentina; and three Brazil ports (Santos, Rio de Janeiro, and Salvador) before heading off to Europe. Those ports in Europe are in Spain (Santa Cruz de Tenerife, Malaga and Barcelona); Portugal (Funchal); France (Ajaccio); Italy (Messina and Civitavecchia); Greece (Corfu); and Croatia (Dubrovnik). The ship disembarks in Venice, Italy, on March 21, 2020. One wow factor is the overnight in Rio, which not every ship does, allowing you to explore the nightlife or retire to a hotel. 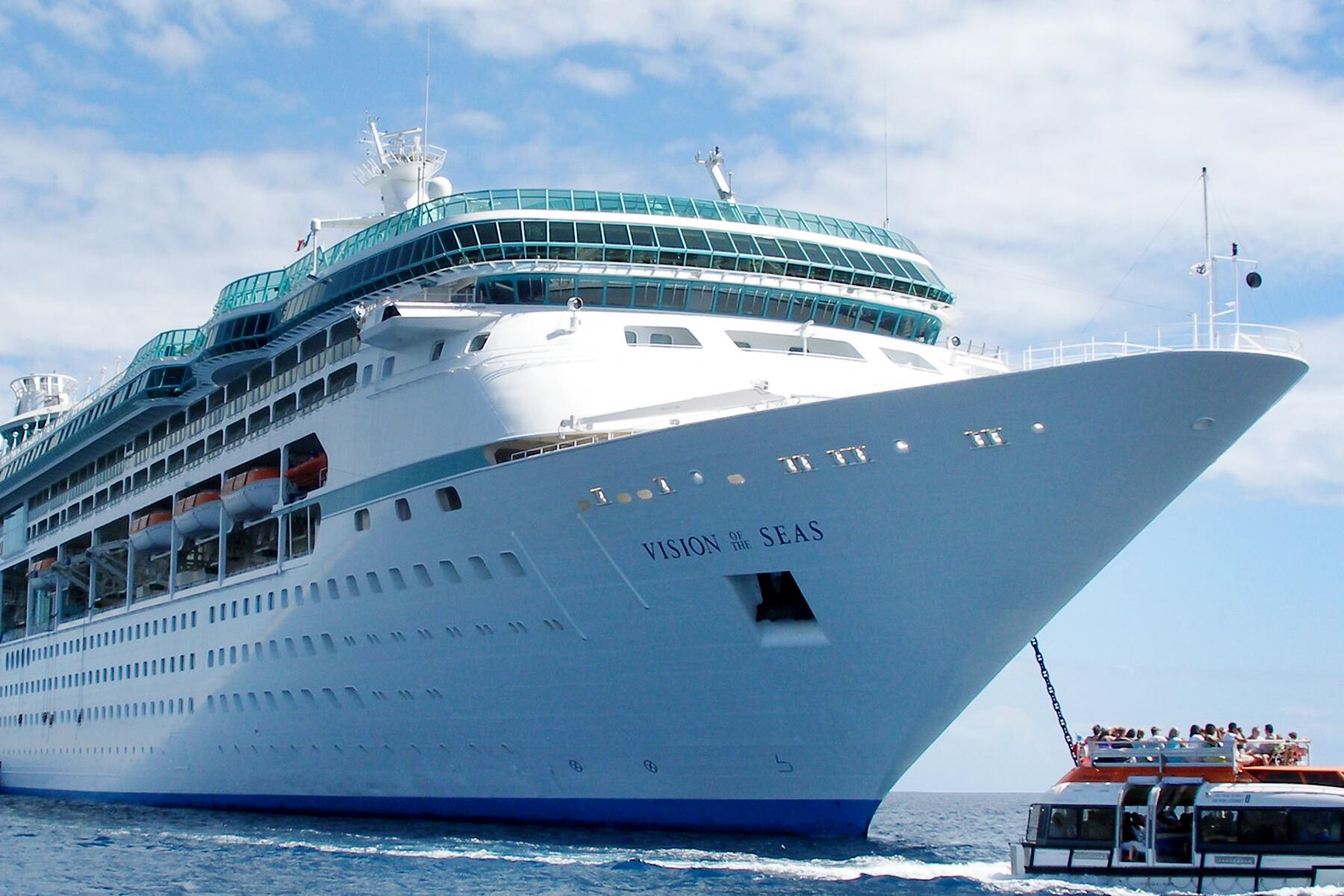 WHERE: From San Juan, Puerto Rico to Barcelona, Spain

Departing April 25, 2020, from San Juan, this sail onboard “Vision of the Seas” features port stops on the Dutch side of St. Maarten (Philipsburg) and Spain’s Canary Islands and Mallorca before disembarking in Barcelona (a city you should really spend an extra night or two in before flying home). Tenerife and La Palma are both in the Canary Islands while Palma de Mallorca is on the Spanish island of Mallorca. This sail only includes eight sea days over 13 nights, which is just slightly more you might normally find on a nearly two-week cruise. 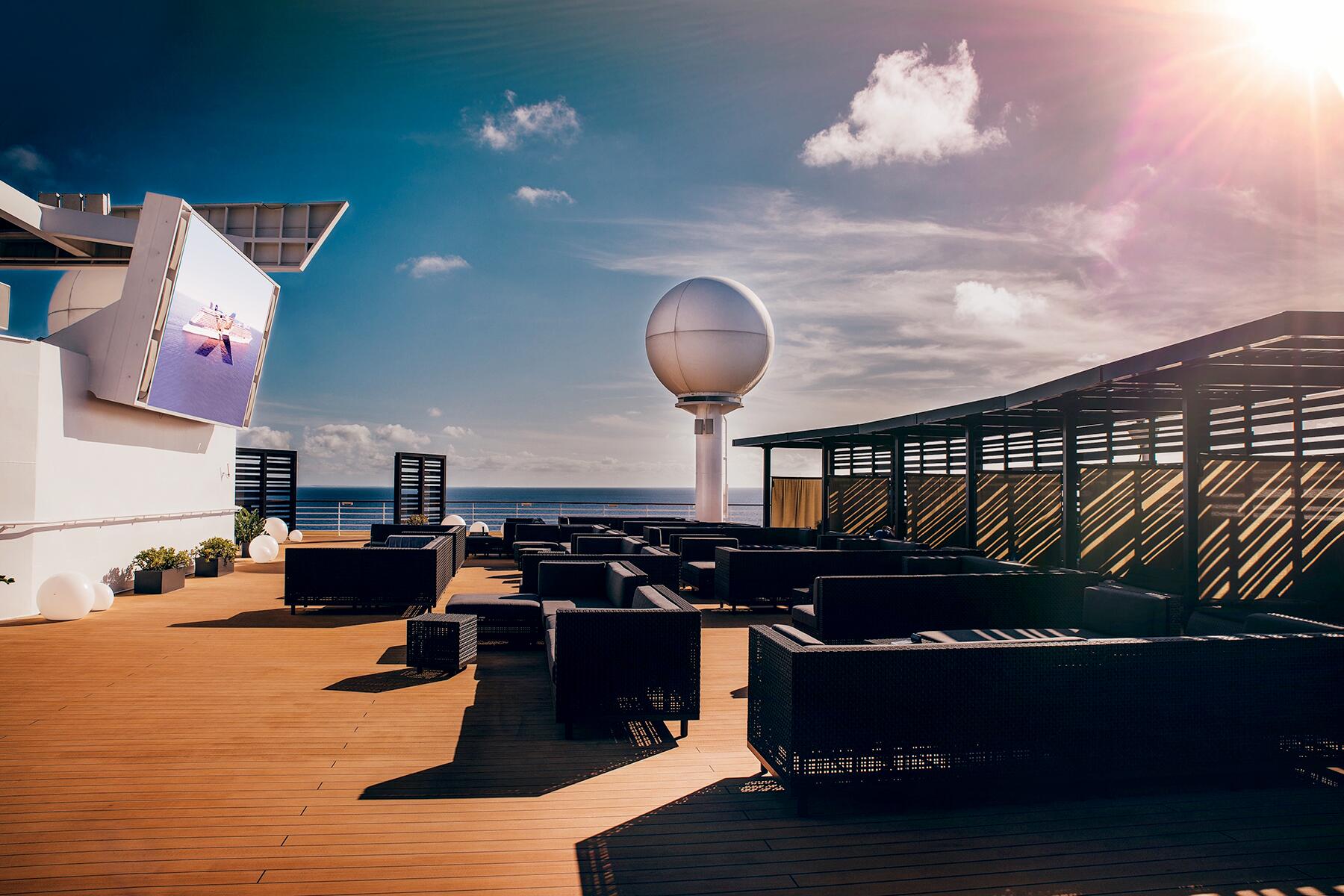 PHOTO: Courtesy of Celebrity Cruises
5 OF 10

WHERE: From Miami, Florida to Barcelona, Spain

Sailing on Celebrity Cruises’ Infinity ship and departing Miami on April 25, 2020, what’s cool about this itinerary is that—despite nine sea days—you visit three countries: Portugal (the gorgeous Azores islands), Spain (the lesser-discovered cities of Malaga and Alicante); and Morocco (Agadir). With Miami and Barcelona, this adds up to six ports. Another reason this is a sweet deal: in November 2020, the ship will undergo a renovation, adding new staterooms and redesigning the spa, but retaining all other amenities. 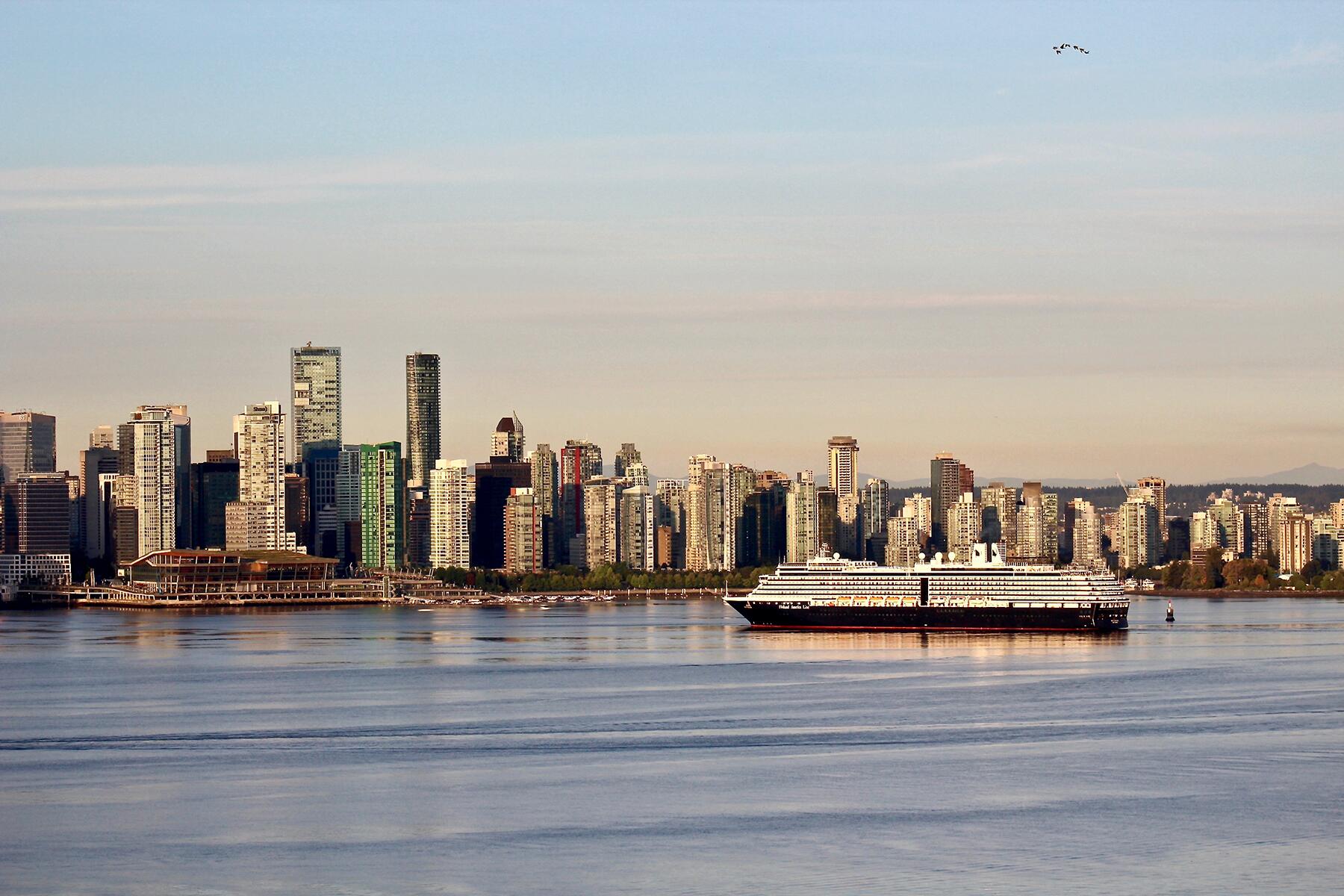 WHERE: From Barcelona, Spain to New York City

During the summer you’ll probably pay close to $800 to fly round-trip between the East Coast and Spain, so why not use that money instead for a cruise with drinks and food included? Bonus: this itinerary, departing Barcelona on June 11, 2020, and arriving in New York City at the Manhattan Cruise Terminal (West 55th Street along the Hudson River) includes stops in Spain (Cartagena and Malaga); Portugal (Madeira and the Azores islands); and Nova Scotia, Canada (Halifax). There are only seven sea days, too. 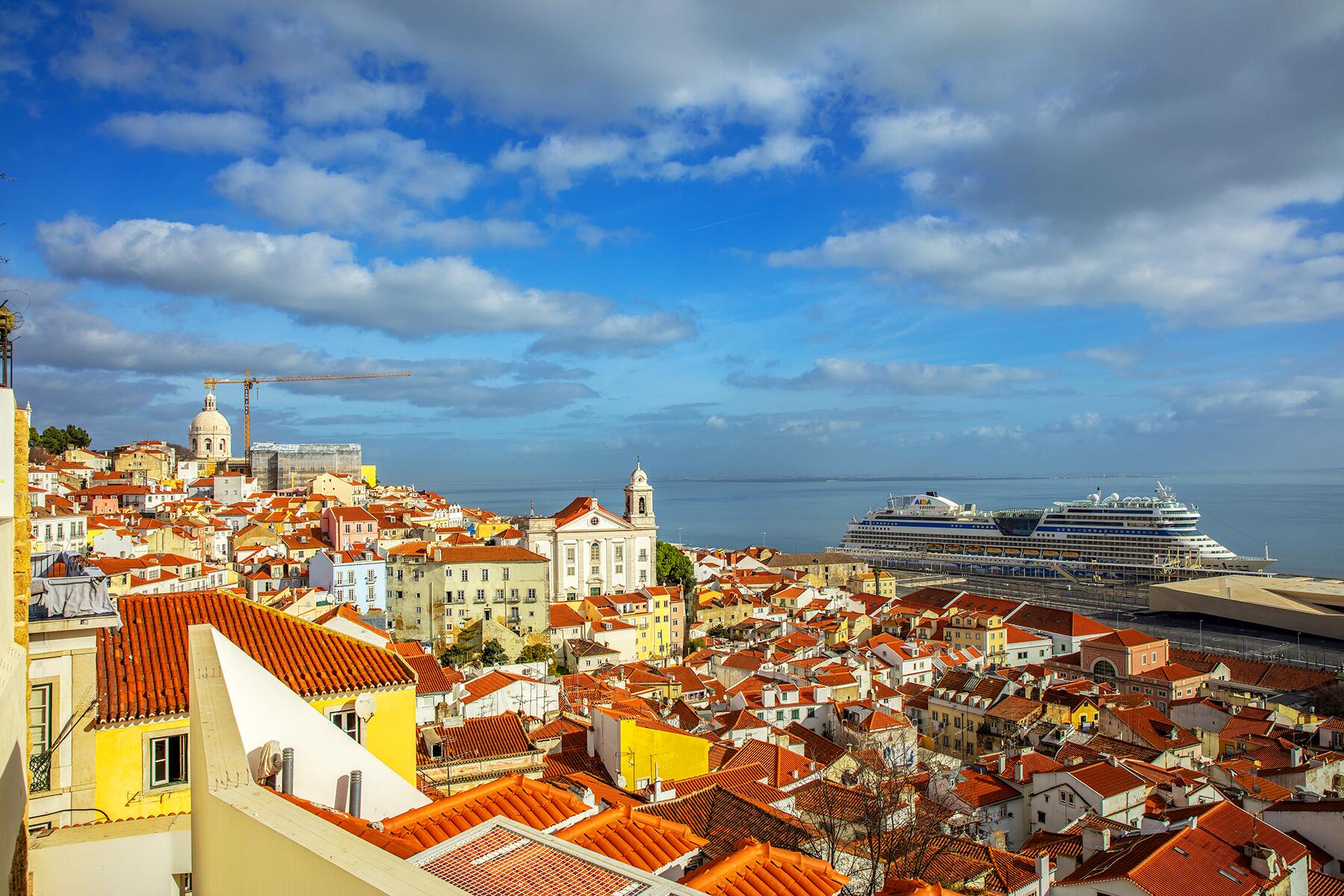 WHERE: From Lisbon, Portugal to Miami, Florida

What better way to spend the month of December than at sea, stopping only in warm climates? Leaving Lisbon on Dec. 3, 2020, this sail on Viking Sun, one of Viking’s ocean-class ships, runs about half of what you’d normally pay for a Viking sail of this length. Don’t be fooled by the higher price, though, because per all Viking sails, this includes free drinks, an included excursion at each port, and a cabin with a veranda. Eight of the days are at sea but you also get to spend time in Portugal’s Azores islands, Bermuda and—upon arrival—Miami. 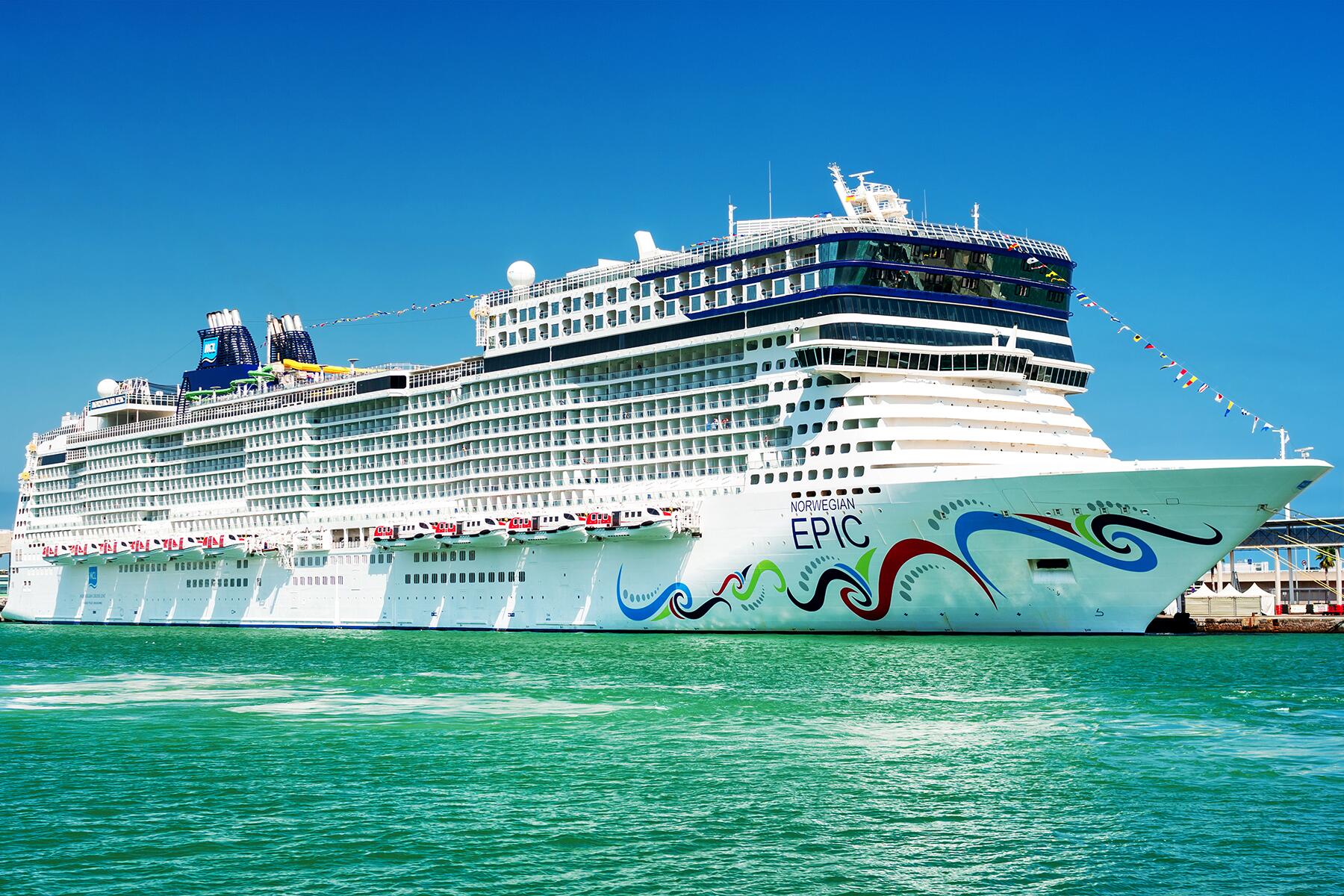 WHERE: From Miami, Florida to Barcelona, Spain

With 22 restaurants onboard the Norwegian Epic ship (renovated in 2015), there’s no way you’ll go hungry—or bored. Departing April 18, 2020, from Miami, this sail ends on May 3, 2020, in Barcelona, Spain. Of the eight sea days, six are bunched together in the beginning—in order to cross the Atlantic—but then the ship docks in Portugal’s Azores islands before hitting up Lisbon, Portugal; and five ports in Spain (in addition to Barcelona, there’s Palma, Majorca; Cartagena; Seville; and Grenada). Consider this a cultural intensive to Spain! 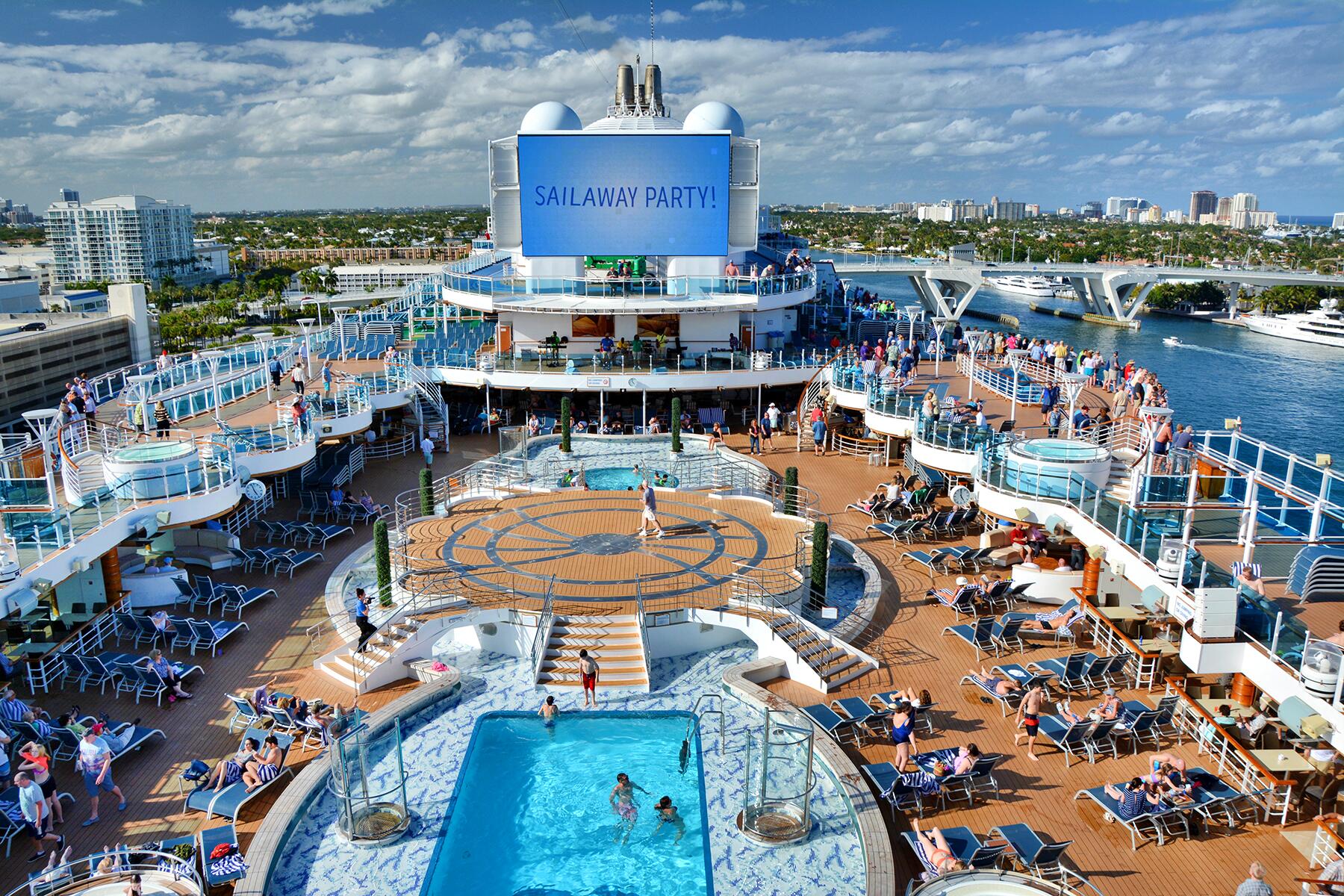 WHERE: From Ft. Lauderdale, Florida to Copenhagen, Denmark

Spring is the perfect time to visit Northern Europe before, come June, crowds swarm into the region. Departing April 11, 2020, from Fort Lauderdale, Florida, this sail is on board Sky Princess, a ship that debuted in October of this year as part of the line’s Royal-class ships, which is a cool aspect. A restaurant concept by Curtis Stone and World Fresh Marketplace satisfies the pickiest of eaters, plus there’s a Norman Love chocolate boutique. While there are only five ports (the rest of the time is sea days) they are really good ones—Portugal’s Azores islands; Brest, France; Paris, France; Skagen, Denmark; and Copenhagen, Denmark, where the ship disembarks. 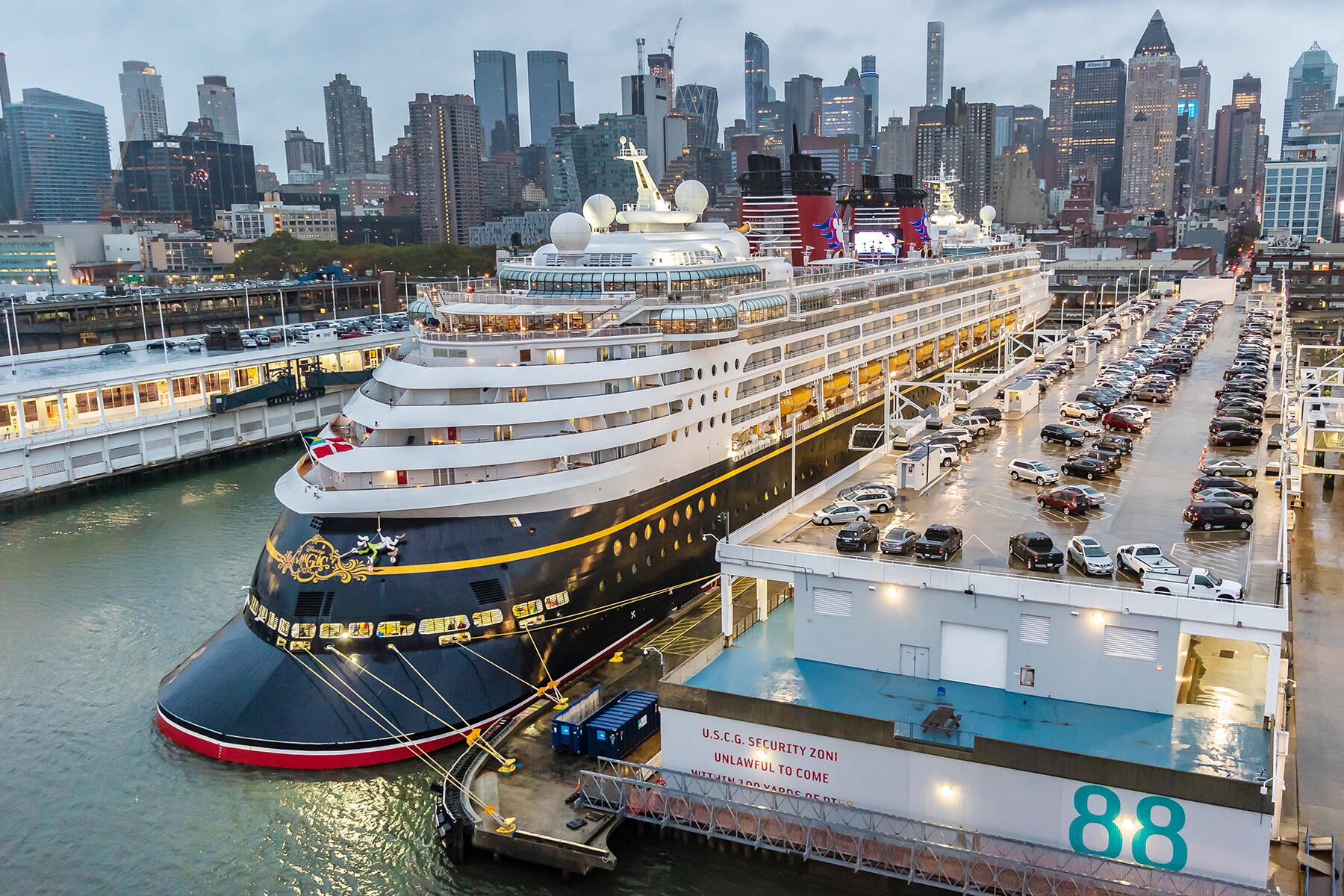 WHERE: From Dover, England to New York City

Disney Cruise Line has as much of a cult following as its Orlando, Florida, big sister, which is why this price on a sail onboard “Disney Magic” is a sweet one. (A seven-night cruise a month earlier, round-trip from Dover, England, includes many of the same ports, but for $4,285.) Departing from Dover, England; and wrapping up in New York City, between Oct. 2 and Oct. 12, 2020, you’ll visit lesser-trodden ports like Plymouth, England; Cork, Ireland; St. John’s, Newfoundland; and Halifax, Nova Scotia. Bonus: you’ll spend fewer days at sea than in port (just five days are at sea).