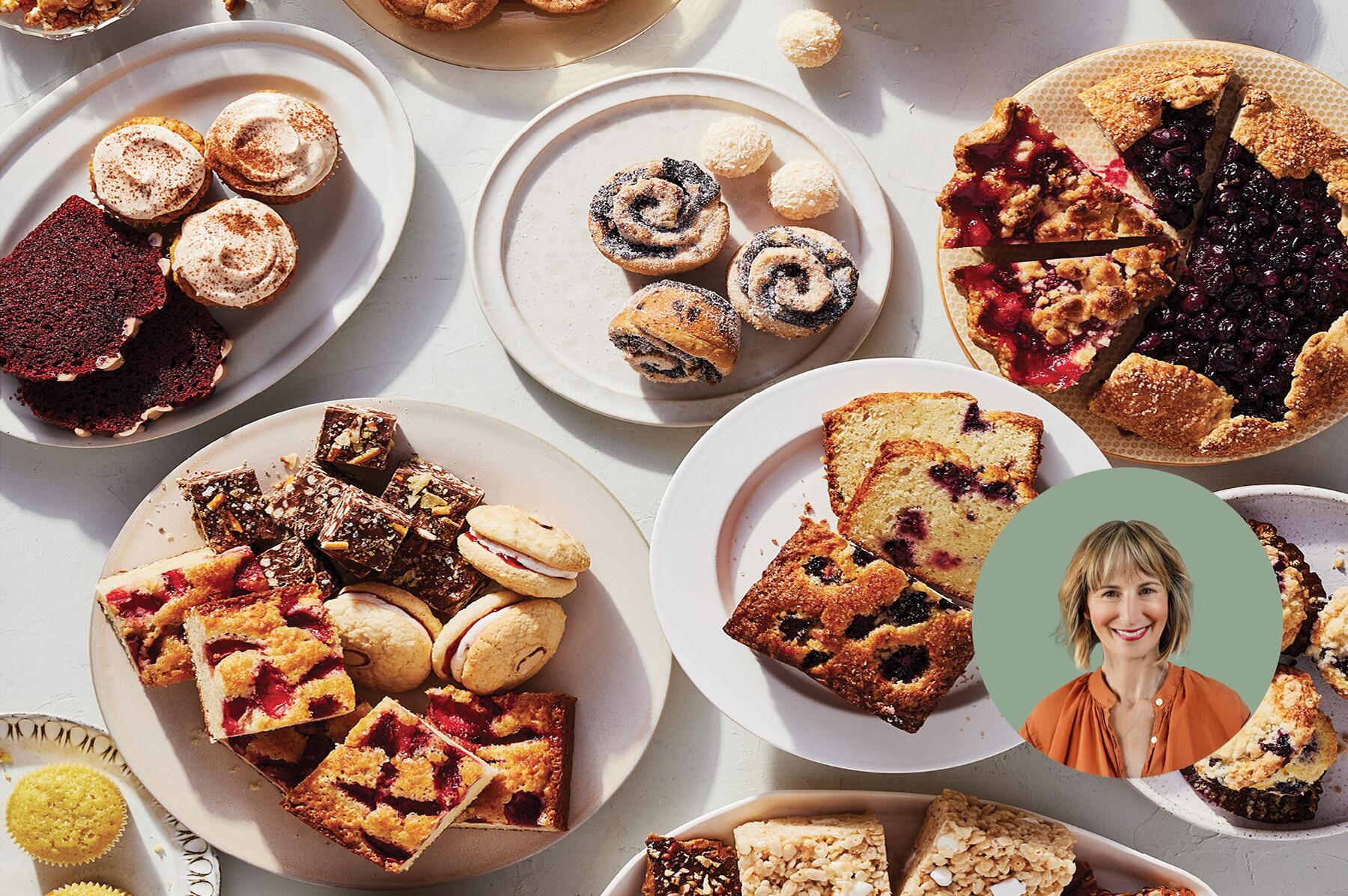 Chilling true accounts of survival in the wilderness—from the jungle to the ocean to the mountains.

Most people hope never to have a near-death experience while traveling (or indeed at all!), but there is something undeniably fascinating about reading other people’s accounts of such experiences. Non-fiction survival stories offer heart-racing thrills in combination with heart-wrenching introspection. Going into these books, you know that at least one person survives to tell the tale—in all its scary detail—but these accounts are still can’t-stop-reading suspenseful. The books on this list will transport you from the depths of the Amazon Rainforest to the top of Mount Everest, but you won’t be yearning to follow in the footsteps of the authors. So sit back in the safety of your own home and get ready to feel second-hand terror as you read about these brushes with death in the wild.

If you’re the kind of traveler who goes off on their own without leaving details of their trip with anyone, then a read of Aron Ralston’s autobiography 127 Hours will set you right. Ralston went canyoneering in Utah but failed to tell anyone the specifics of his plan, which turned out to be a nearly fatal error. While exploring Bluejohn Canyon, a boulder dislodged and trapped his right hand against the wall, pinning him in place with limited food and water. In his book, Ralston relates his declining physical and psychological state over the 127 hours that he was trapped. The popularity of the 2010 Danny Boyle adaptation starring James Franco means that you probably know how this story ends (spoilers ahead if you don’t), but Ralston’s own description of severing his arm comes complete with pictures—is worthy of a Stephen King horror novel.

‘Lost in the Jungle: A Harrowing True Story of Adventure and Survival’

In 1981 four men walked into the Amazon jungle hoping for the adventure of a lifetime; only two of them made it out. Lost in the Jungle is survivor Yossi Ghinsberg’s description of the disastrous expedition. When the trip started to go wrong, the group decided to split into two: Karl Ruprechter and Marcus Stamm attempted to retrace their steps and walk out but were never seen again; Ghinsberg and Kevin Gale used a river raft to forge onwards, and somehow both survived, despite becoming separated. Ghinsberg spent three lonely weeks lost in an uncharted area of the jungle. Amongst a host of other challenges, he developed a nasty fungal foot infection, was nearly sucked into a bog (twice!), and came out of the ordeal with worms embedded under his skin. His journey through the Amazon rainforest was certainly no picnic with Winnie-the-Pooh in the Hundred Acre Wood.

‘Into Thin Air: A Personal Account of the Everest Disaster’

The siren call of Everest’s 29,000-foot summit never seems to let up, with decades-old debates about overcrowding continuing to this day. Back in the ‘90s, Outside magazine writer and climber Jon Krakauer was assigned a story about the commercialization of Everest, which saw him joining an organized tour to climb the peak. Krakauer reached the summit and made it back down, but a blizzard led to the deaths of eight fellow climbers. His insightful and harrowing account of the tragedy in Into Thin Air is told in the fluid style of a seasoned journalist.

He’s also not the only survivor of that day to write a memoir about the disaster: guide Anatoli Boukreev tells a slightly different story in The Climb; while Beck Weathers’s Left For Dead, Lene Gammelgaard’s Climbing High, and Lou Kasischke’s After the Wind offer three more versions from the client perspective.

You might think that Everest, being the tallest mountain in the world, is the deadliest peak to climb, but that title actually goes to Annapurna. Recent data puts Everest’s fatality rate at 14.1%, but Annapurna has it beat at a grim 29.5%. That should put into context not only how terrifying it is to attempt to summit Annapurna but also the immense amount of pressure on Arlene Blum—the leader of the first American ascent of the mountain, which also happened to be an all-woman ascent.

Blum’s Annapurna: A Woman’s Place details not only the dangers of the mountain—including avalanches, crevasses, frostbite, hypothermia, and altitude sickness—that her team had to deal with but also the sexism they encountered in the male-dominated world of climbing. Two women died on the climb, and Blum’s account is both fear-inducing and awe-inspiring.

In Touching the Void, Joe Simpson recounts the traumatic events of his near-deadly descent from the peak of Siula Grande in the Andes. While climbing down the mountain with Simon Yates, Simpson fell and badly broke his leg. Refusing to leave his friend behind, Yates roped himself to Simpson so that he could arduously lower him down the dangerous slopes. A storm moved in, causing poor visibility and preventing the duo from communicating, which led to Yates unintentionally lowering Simpson off a cliff. Unable to pull him back up and being dragged off the cliff himself, Yates cut the rope, saving his own life but plunging Simpson into the crevasse—seemingly to his death. Shockingly, Simpson survived the fall and slowly crawled back to base camp. Touching the Void is a testament to the human will to survive regardless of the hopeless situation.

‘Miracle in the Andes: 72 Days on the Mountain and My Long Trek Home’

There’s a good chance you’ve seen the 1993 film Alive, which is based on Piers Paul Read’s book of the same name and tells the true story of a plane crashing in the Andes and the survivors eventually resorting to cannibalism to survive. Nando Parrado, one of the two men who hiked out of mountains in search of help, co-authored Miracle in the Andes with Vince Rause to chronicle his nightmarish experience. The book is a must-read, even for people who think they are familiar with the story.

Parrado’s first-person account starkly paints the chilling realities of being trapped in the mountains for two months—both in terms of temperature and in terms of what it took to survive. His book offers more than just that, though; it is also a fascinating psychological deep-dive into the mind of someone who had to endure overwhelming horrors to survive.

‘The Twenty-Ninth Day: Surviving a Grizzly Attack in the Canadian Tundra’

If watching Leonardo DiCaprio being mauled by a bear in The Revenant (2015) had you hiding behind a pillow in fear, then Alex Messenger’s The Twenty-Ninth Day is sure to give you nightmares for a month. When he was 17, Messenger embarked on a 42-day canoe trip in the Canadian wilderness with a group of friends. What started as a challenging but fun journey took a turn on day 29 when a grizzly bear mauled Messenger. His vivid description of the attack, which left him severely injured, is all the more terrifying, knowing that the group are hundreds of miles away from proper medical care. His tale of survival—which is full of blood, pain, and pus—might make you reconsider trekking into the wild and camping far away from civilization.

‘Red Sky in Mourning: The True Story of a Woman’s Courage and Survival at Sea’

Many things can go wrong at sea, and Tami Oldham Ashcraft has first-hand experience with that. Ashcraft and her fiancé, Richard Sharp, were hired to sail a yacht from Tahiti to San Diego, but instead of the expected smooth sailing, the vessel was hit by a hurricane. Sharp was lost overboard, and Ashcraft was left alone on the damaged yacht. Co-authored by Susea McGearhart, Red Sky in Mourning details the events of Ashcraft’s 41-day nautical nightmare. She had little time to grieve the loss of her fiancé, having to immediately launch herself into survival mode to patch the boat and then manually navigate 1,500 miles to the shores of Hawaii.

Taking the lost at sea narrative a step further is Steven Callahan’s memoir Adrift, which chronicles his experience of drifting at sea for 76 days in an inflatable life raft. While sailing solo from the Canary Islands to Antigua, his boat was struck by an unknown object and began to sink. He managed to get himself and some supplies into the life raft that then became his home for the next 11 weeks. Callahan’s immersive writing will make you feel like you’re right there in the boat next to him, collecting meager amounts of drinkable water and eating raw fish whole. The hope from seeing passing ships punctuated his hellish existence, but the nine (yes, nine!) ships that he saw failed to see him. He eventually drifted from the Atlantic Ocean to the Caribbean, where he was rescued offshore from Marie Galante island.

‘438 Days: An Extraordinary True Story of Survival at Sea’

Being stranded at sea for any length of time is scary, but what José Salvador Alvarenga went through is in a league of its own. On November 17, 2012, Alvarenga and Ezequiel Córdoba set sail from the coast of Mexico for a short fishing trip; 438 days later, Alvarenga washed up on the shore of the Marshall Islands, having survived at sea for the longest time in recorded history.

Alvarenga spoke about his experience to journalist Jonathan Franklin, who tells his story in 438 Days. Alvarenga and Córdoba encountered an unexpected storm that damaged their boats engine and caused it to drift out into the open ocean. A few months into the ordeal, Córdoba starved to death after the diet of raw seafood made him sick. Alvarenga managed to struggle on. By the time he reached land, he was mentally and physically destroyed but astonishingly still alive.