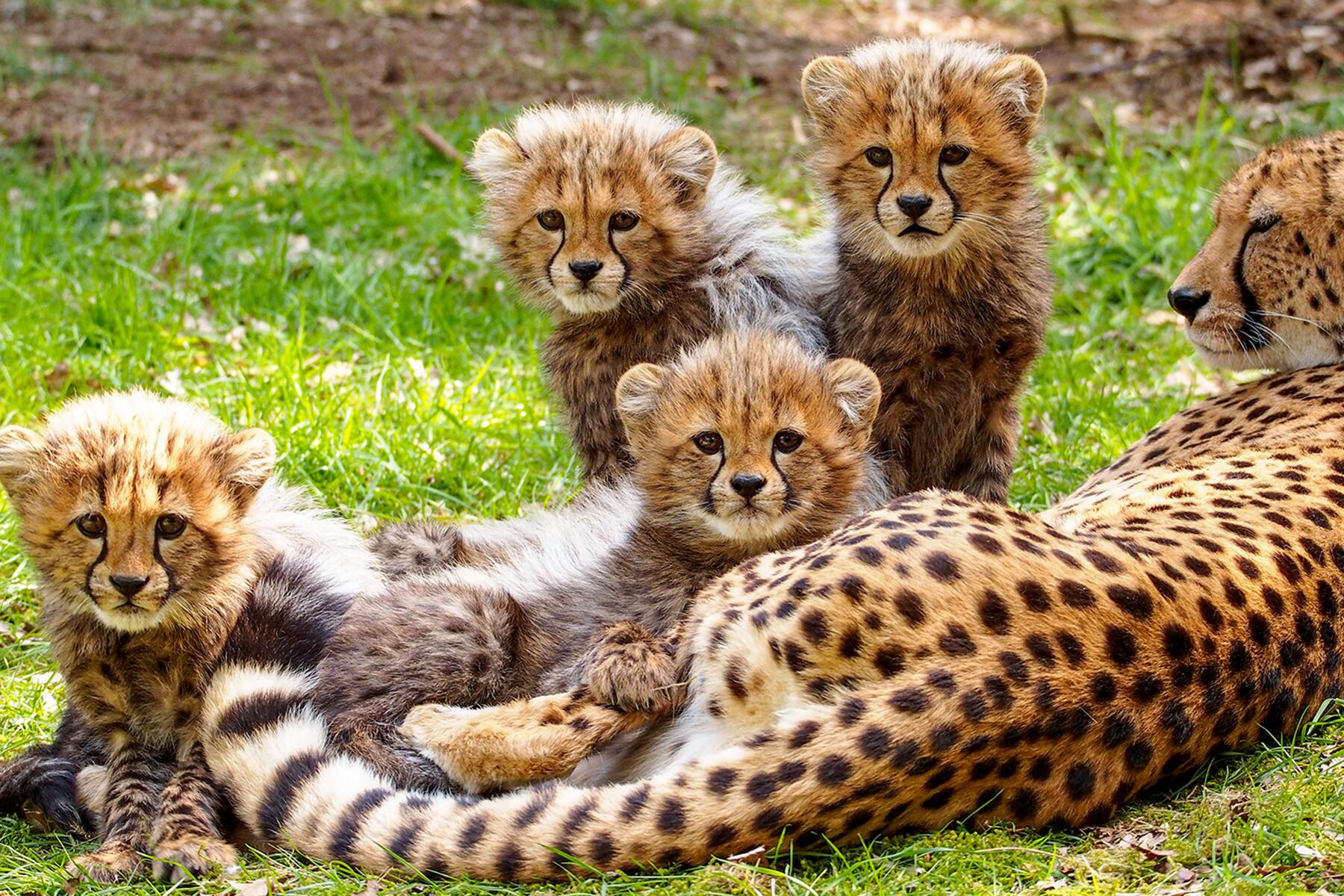 Outdoors Kaelin Dodge The 9 Cutest Kittens Around the World Will Make You Scream "I Can't I Just Can't!" 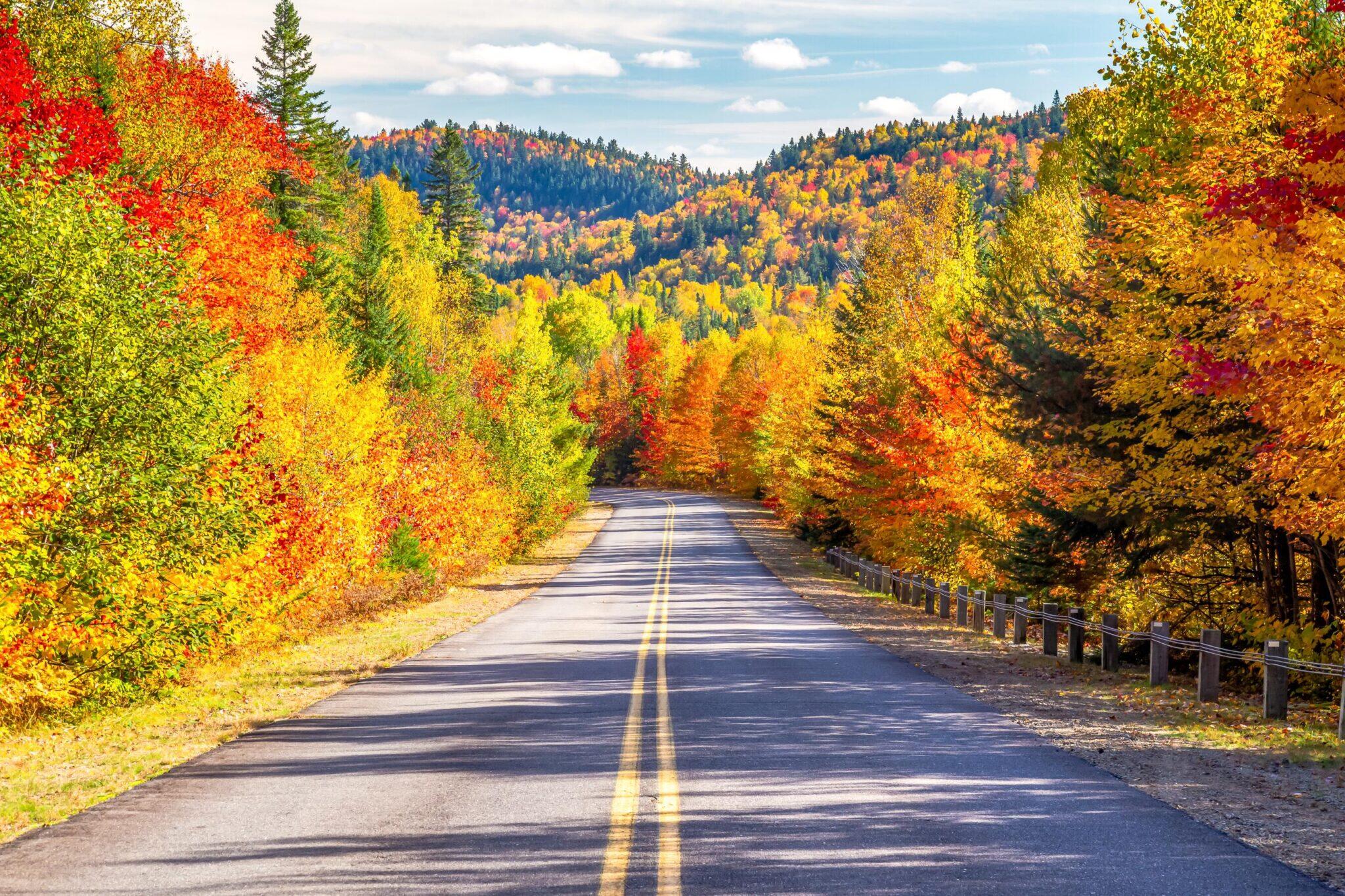 Life, the questions of why we’re on this planet, and of course death and all of the mysteries surrounding the great beyond, have captivated the imagination of humankind for as long as we’ve been around.

And with such profound thoughts swirling around our brains for millennia on end, we’ve come up with a lot of interesting ways of dealing with and commemorating death. Here’s a somewhat macabre tourist guide of the most intriguing ways our inevitable corporeal demise is celebrated on planet Earth. 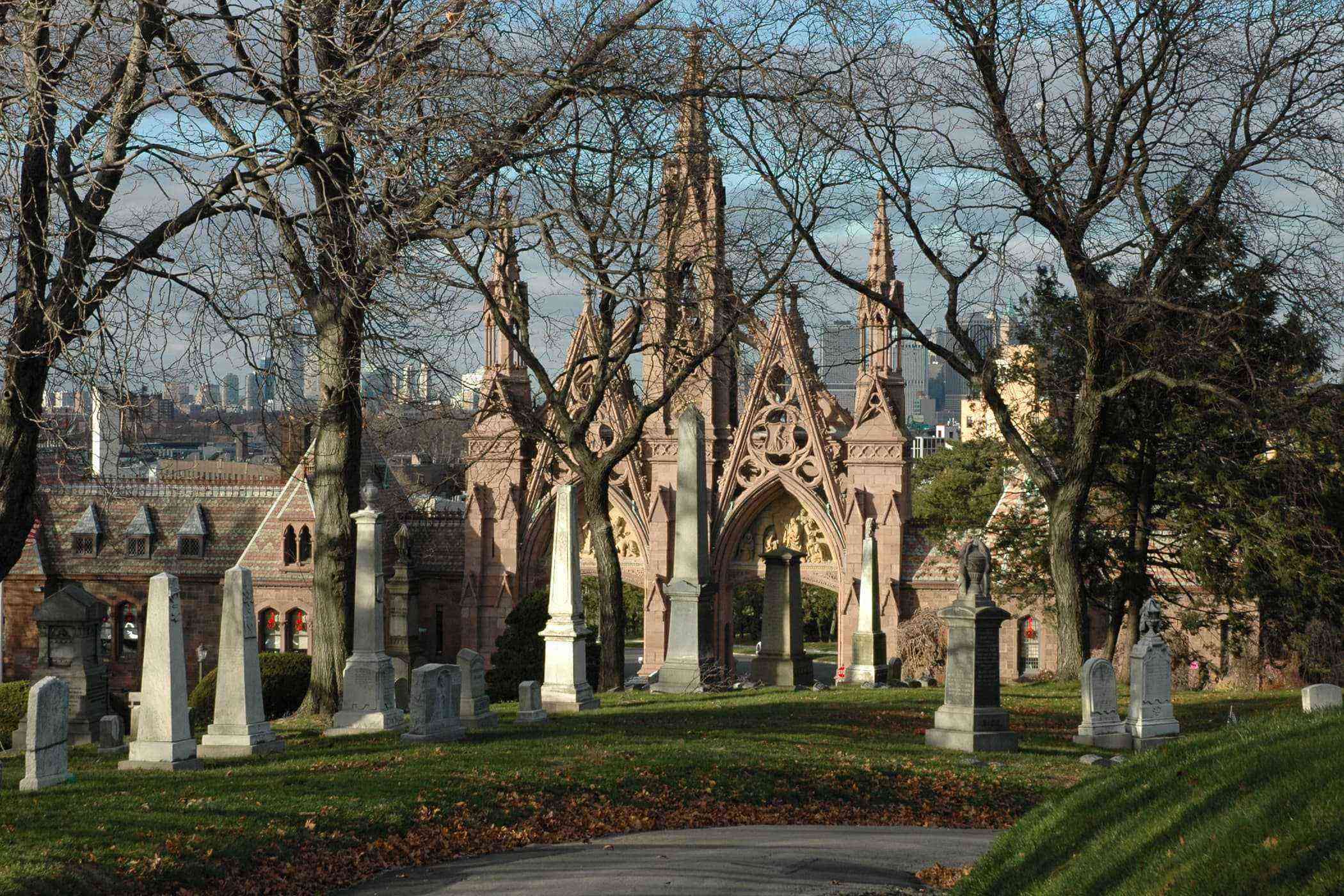 Fancy sitting around with like-minded individuals and discussing the big questions about life—especially those related to the morgue? If you happen to be in New York City, you’re in luck. Brooklyn’s historic Green-Wood Cemetery has recently revised the age-old concept of “death cafés,” where folks can gather together and have a good ol’ chat about our mortality over some lovely coffee and snacks. It’s an exceedingly pleasant way to talk about a subject many of us don’t find pleasant at all.

INSIDER TIPGreen-Wood’s death cafés are held once a month and are free to attend, although it’s recommended you RSVP. 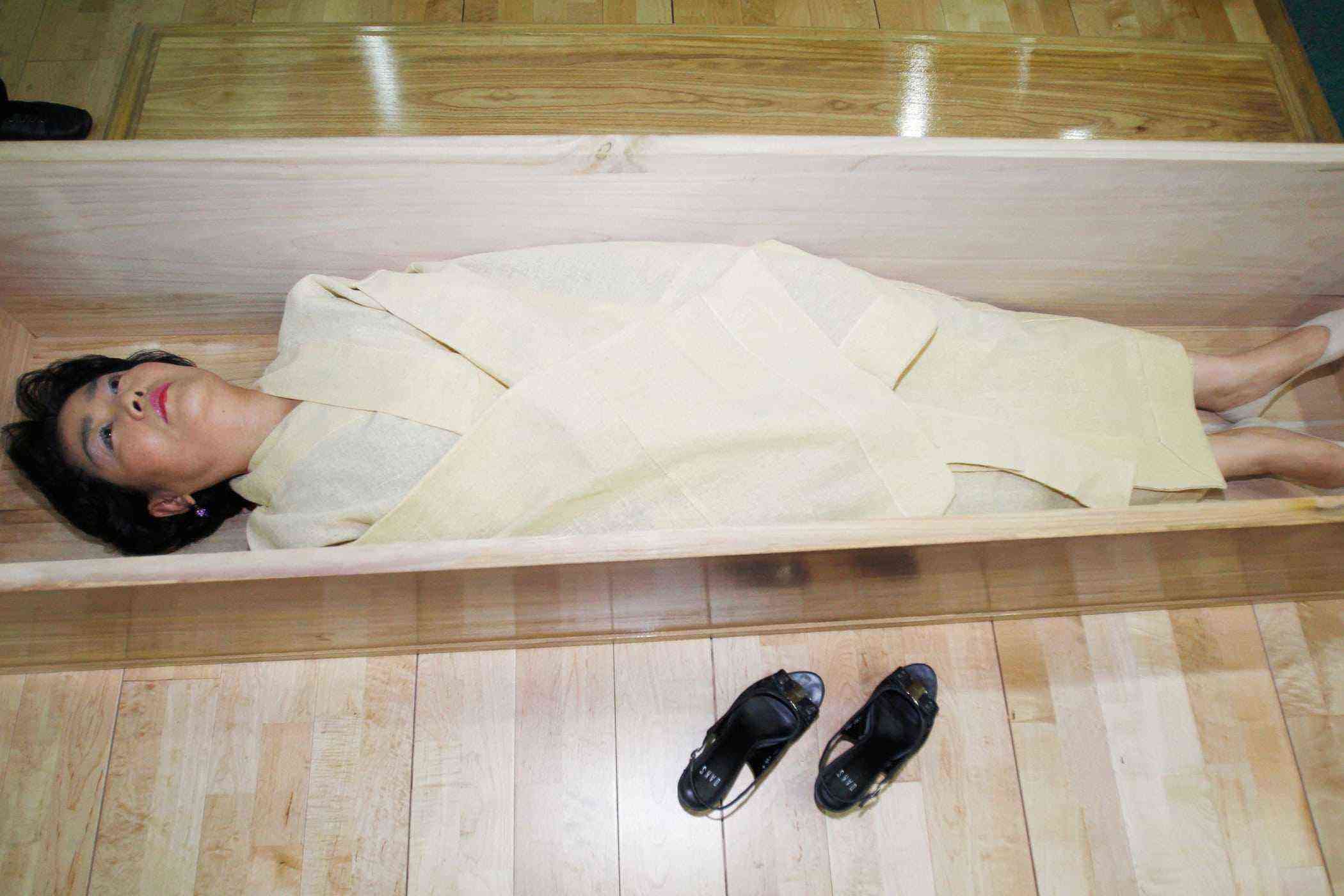 “Practice” Funerals for the Living

Ever wonder what it’d be like to be a corpse? People living in or visiting South Korea can now get a taste of cadaver life without going all in (i.e. actually dying). Special services, often called “death experience schools,” let the darkly curious act out their own funerals, which includes writing out their final testaments and spending some serious alone time in a funeral casket. While some participants might take this exercise lightly, for others it’s a great way to relieve stress and reaffirm their zeal for living. And for those with suicidal thoughts, the experience can help them realize that a continued existence is much better than the alternative. 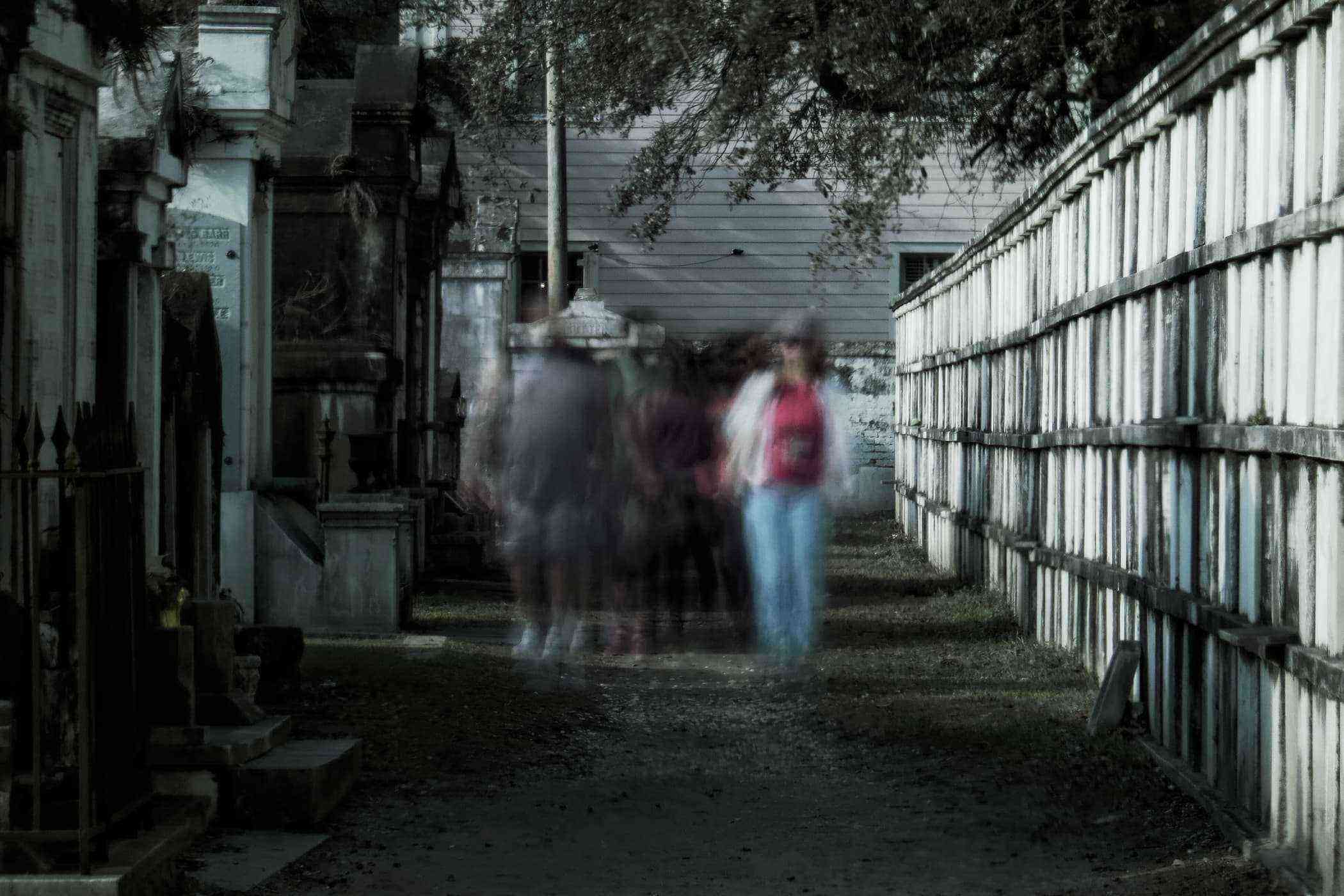 The dead love New Orleans. And why wouldn’t they? It’s a great city. Fans of the afterlife keen on opening up a direct conduit to the phantom world have a wide array of tour operators to choose from. Agencies plying their ghoulish trade offer cemetery, ghost, séance, and voodoo tours through the French Quarter, famous graveyards, and other haunted hot spots scattered around The Big Easy. Spend part of your time in the city drinking and dancing with the living, and another part hanging out with the dead. 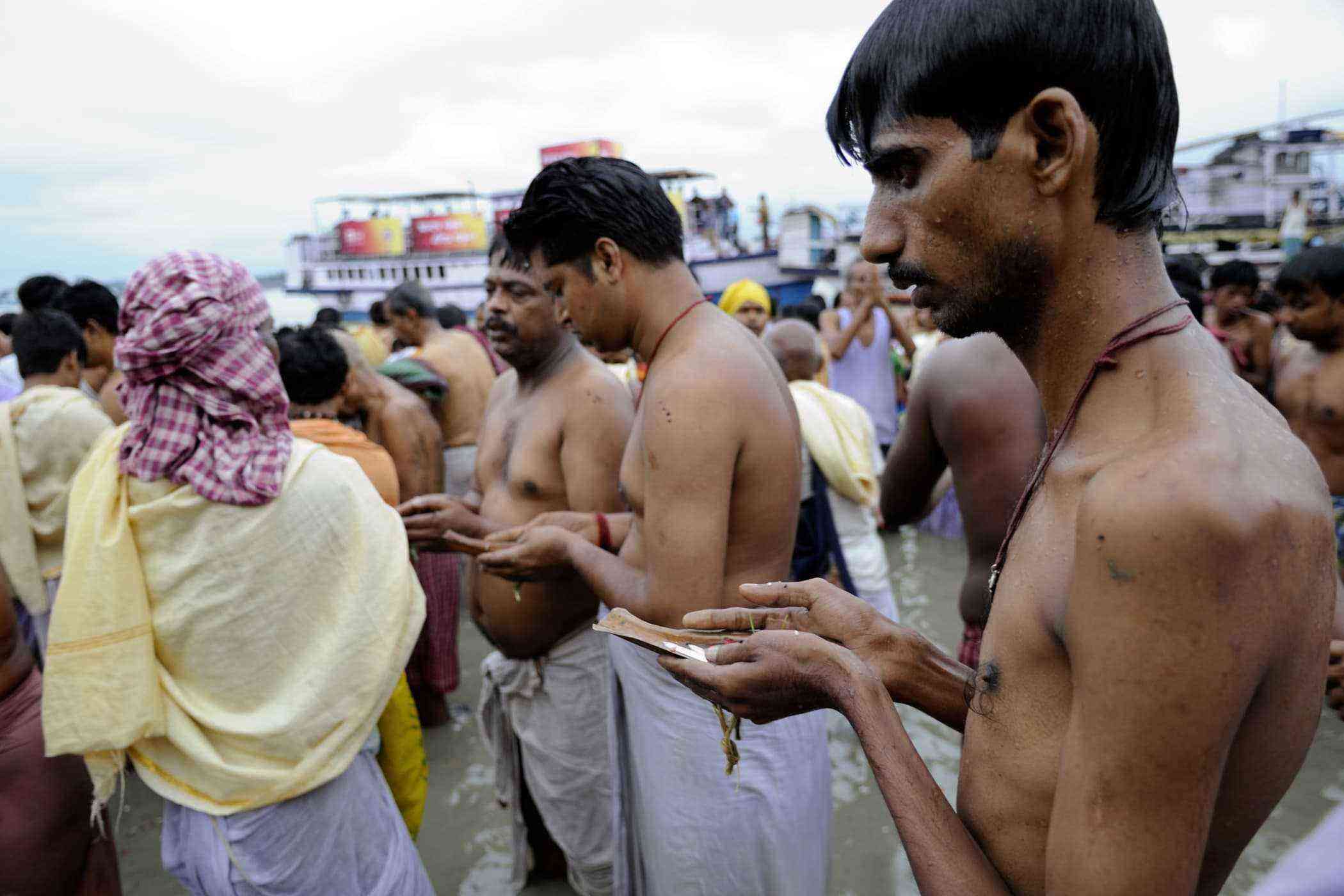 Pitru Paksha is a Hindu funeral rite that’s about nourishment and the afterlife. People offer their ancestors food and water during a 16-day timeframe, which usually rolls around in the autumn. By appeasing one’s ancestors with offerings, the burdens of existence can lessen some, and life can even begin to flourish. Pitru Paksha, which is intertwined with the story of King Karna, as told in the Hindu epic the Mahabharata, can also help ensure a peaceful transition when it comes time for folks to pass from this world on to the next. 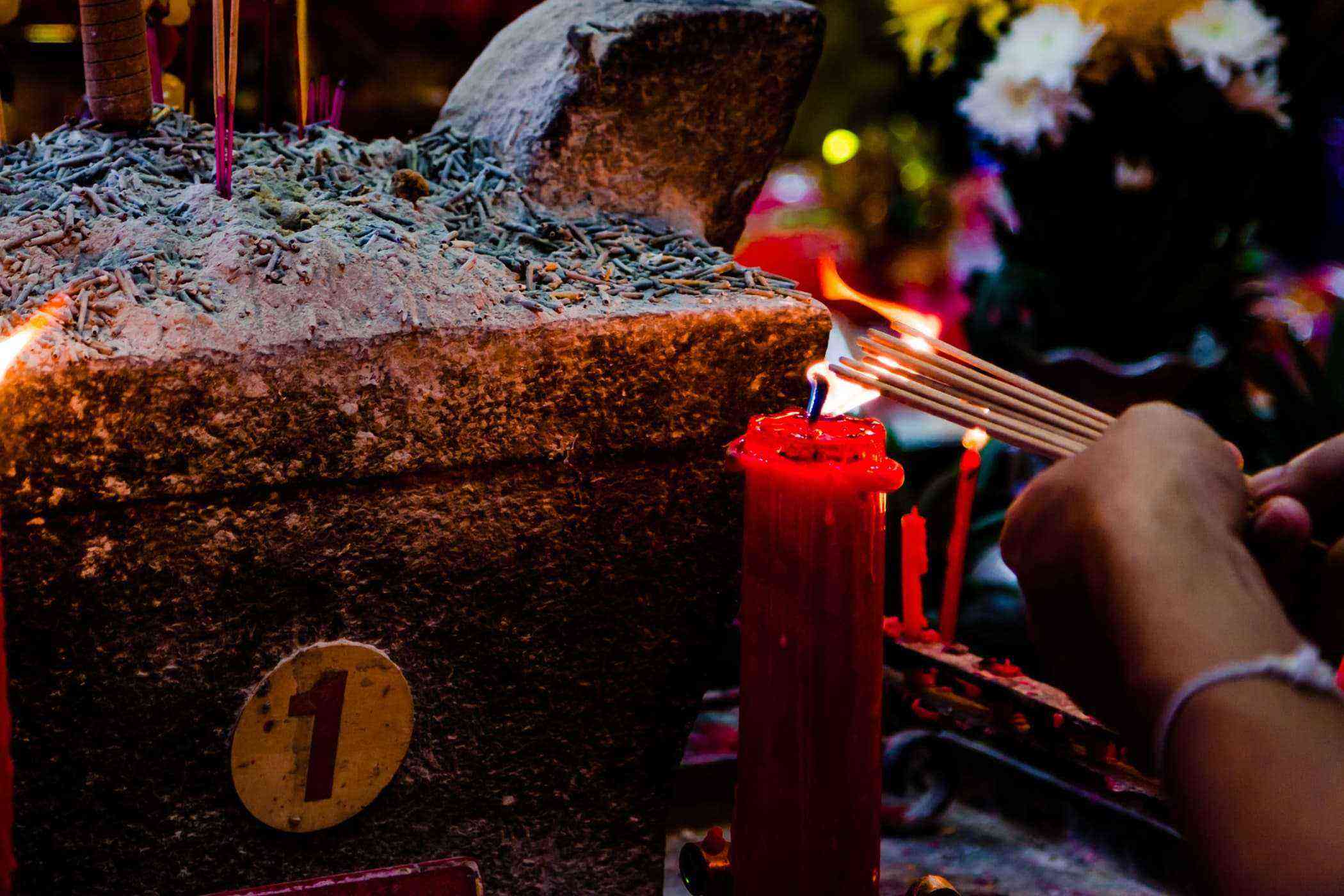 Hungry ghosts have got to chow down too, right? In China, come the seventh month (the “ghost” month) on the Chinese lunar calendar, tasty grub is left out for wandering ghosts in search of a meal. Incense is burned, fake paper money is burned, river lanterns are set afloat, and offerings of food are made to the dead—all with the aim of appeasing one’s ancestral kin. The Hungry Ghost Festival is an important time in China for families to come together and reflect on their collective past.

INSIDER TIPThe Chinese lunar calendar can be a little tricky for those unaccustomed to it to figure out. Just know that the Hungry Ghost Festival usually takes place mid-to-late summer, and plan your visit to China accordingly. 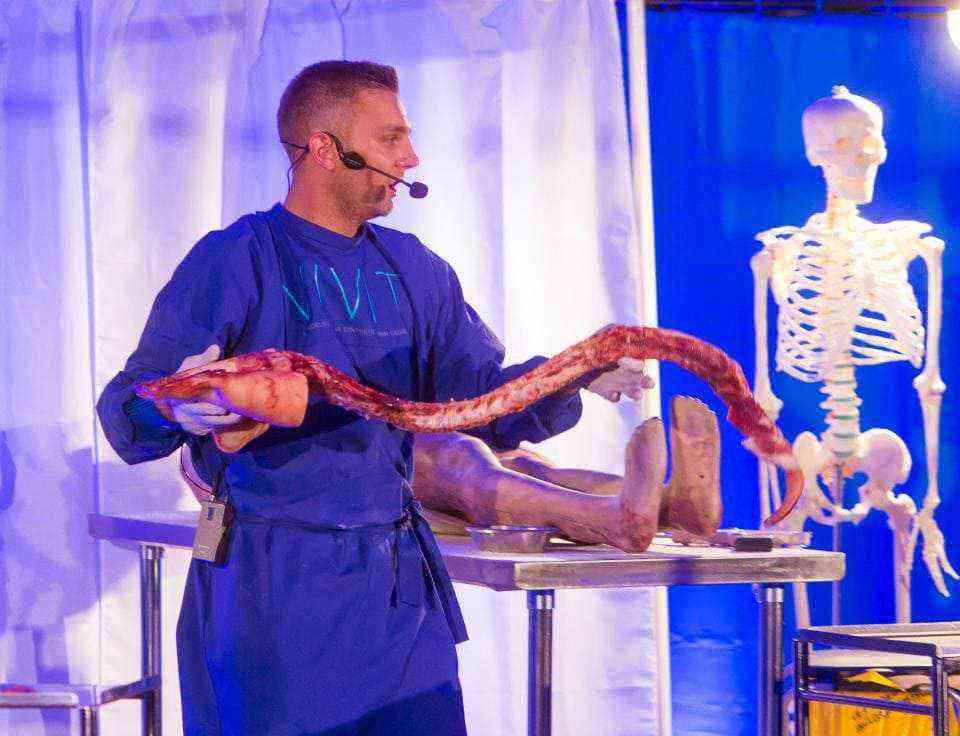 PHOTO: Courtesy of Anatomy Labs
6 OF 10

Want a meal while taking in an autopsy? Well, if that’s your cup of tea and you’re in Great Britain, Anatomy Lab Live is the perfect dinner theater for you. This traveling spectacle (roaming across the U.K. and Ireland) lets dinner guests witness the dissection of a semi-synthetic human cadaver firsthand. The lifelike corpse employed is synthetic on the outside, but filled with real swine organs and brains on the inside. And while it’s a dinner occasion not recommended for the squeamish, it’s definitely a great way to learn about anatomy for those who are curious—and have strong stomachs.

INSIDER TIPCheck the touring schedule and book in advance (tickets go quickly). If you have specific anatomy questions you want answered, submit those ahead of time as well. 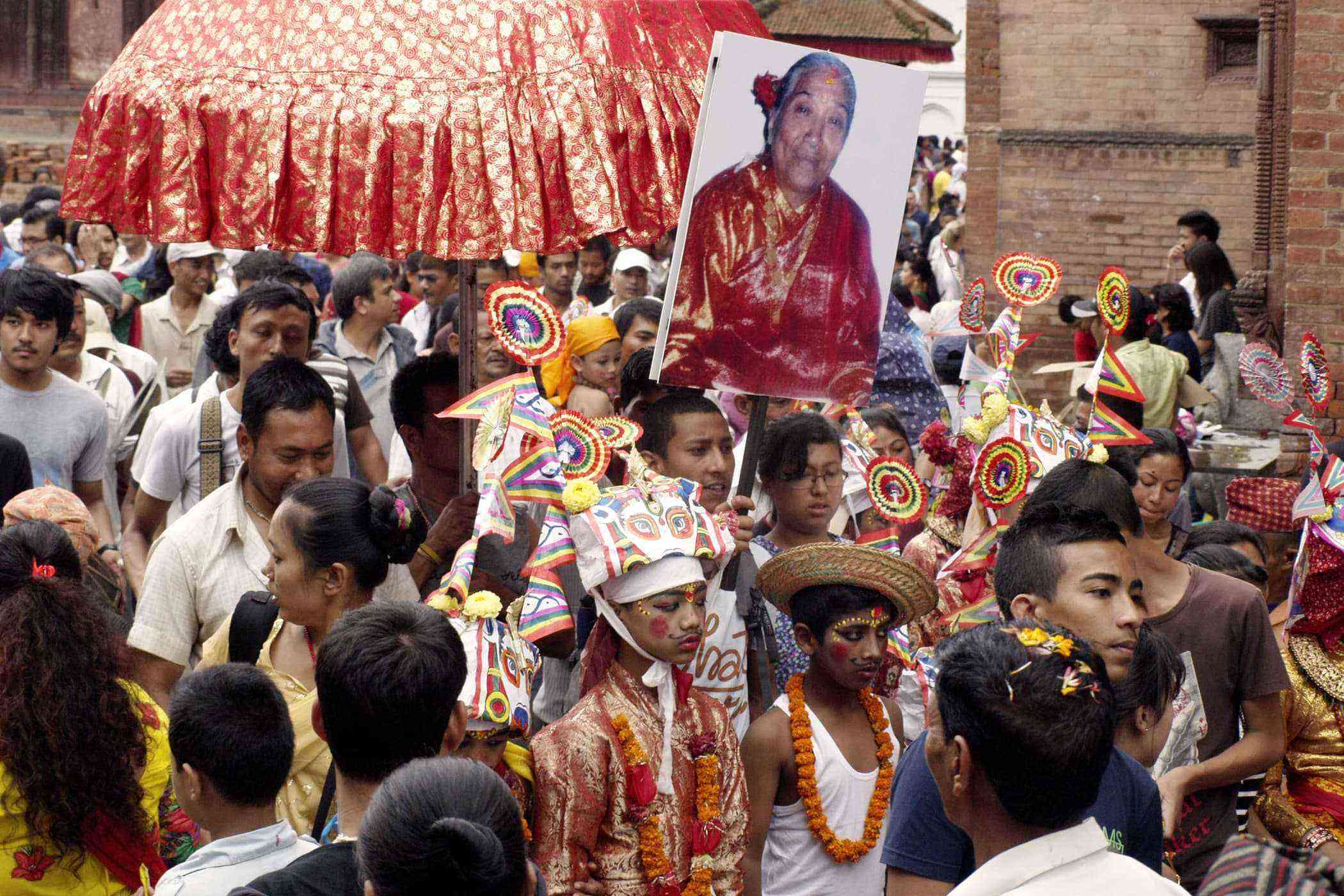 Gai Jatra—roughly translated as the “festive march” (jatra) of the “sacred cow” (gai) from the Nepali—is a descriptive name that you should take to heart. Every summer during the month of Bhadra, Nepalese hold a procession of cows (or people dressed up as cows) parading down the streets. This colorful display commemorates the deaths of loved ones who have passed over the course of the last year. Cows, which are holy to many in Nepal, act as guides for the deceased during their journey to heaven.

INSIDER TIPKatmandu is the best spot to enjoy the revelry of Gai Jatra, although nearby cities like Kirtipur and Patan (both located in the Katmandu Valley) put on a pretty good show too. 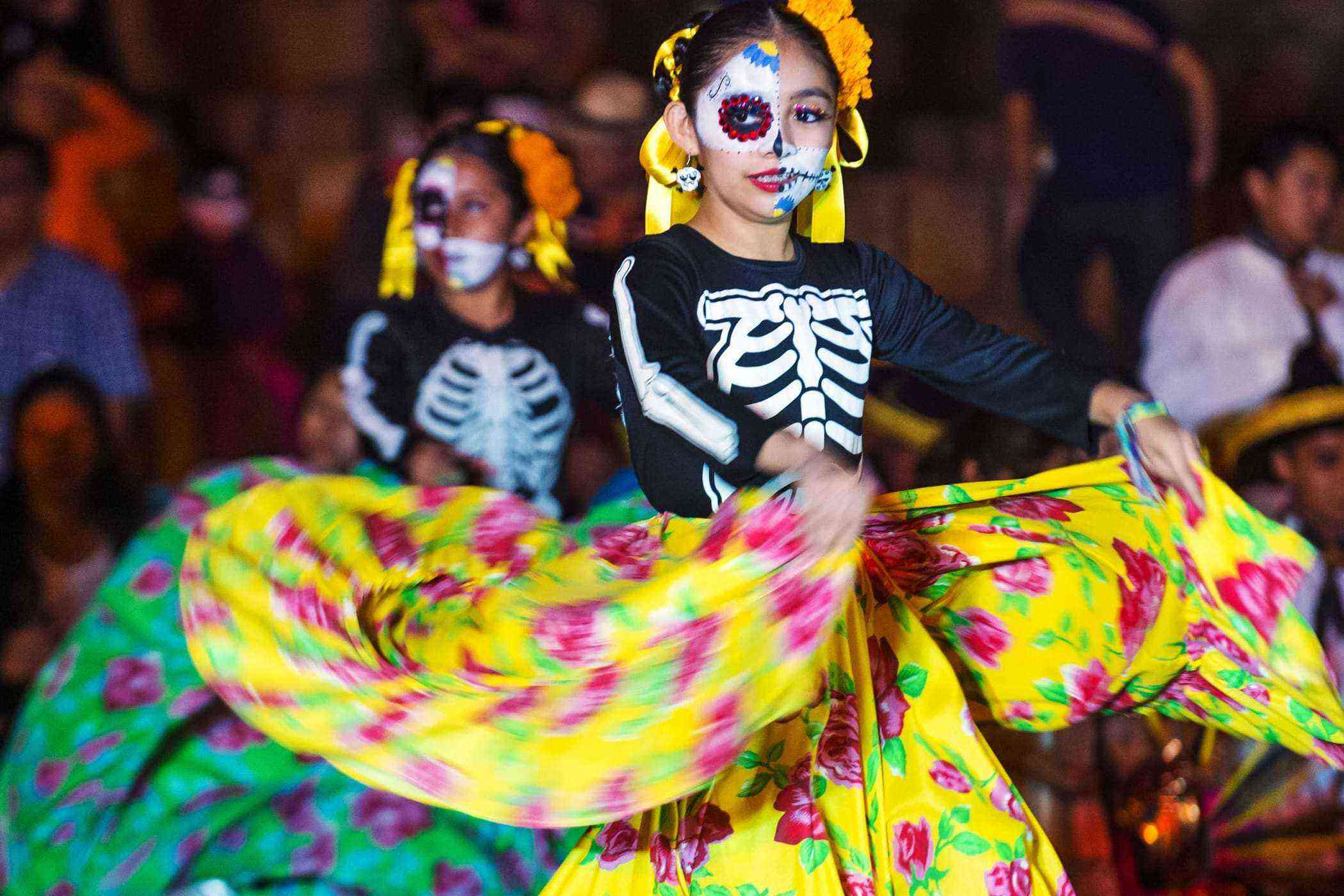 Everyone loves the Day of the Dead, or as it’s known in Spanish, el Día de los Muertos. This vibrant national holiday tumbles through Mexico ever year, starting at the beginning of November. Ghoulish yet playful costumes abound and parties take place in the streets and cemeteries, all in the name of celebrating the dead. And while many participants paint their faces up like human skulls, often adorning their grisly getups with flowers and other embellishments, these are the happiest bunch of pseudo-corpses (many possibly inebriated) you’ll likely ever come across. It’s a day that mixes indigenous traditions with Roman Catholicism, allowing people to explore ideas about community, family, and death—and sometimes even social change—in a festive atmosphere.

INSIDER TIPWhile the Day of the Dead parade in the James Bond flick Spectre was a work of fiction (it wasn’t a real tradition) staged for the film, it proved so popular that Mexican officials have now set it up as annual event in Mexico City. 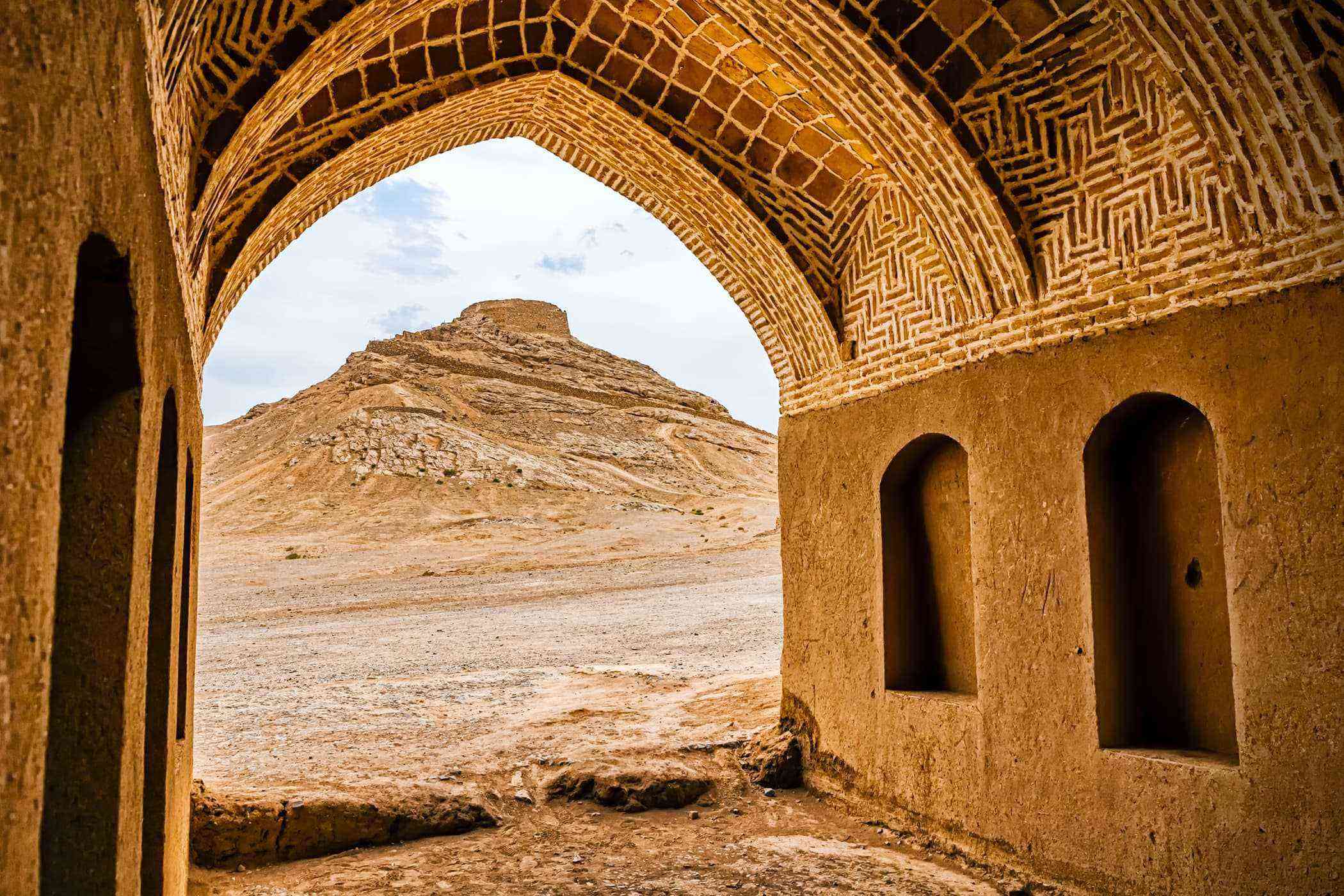 The Towers of Silence

In the past, practitioners of the ancient religion of Zoroastrianism, living in what is now modern Iran, left their dead outside for extended periods of time as part of their funeral rites. The goal here was putrefaction: allowing carrion-eating vultures and Mother Nature to cleanse the body of impure spirits until all that was left were bleach-white bones. The practice is now banned, but some of the Towers of Silence still stand on barren hills in Yazd, Iran, where corpses were once laid out in circles to let the ravenous birds and the elements do their cleansing.

INSIDER TIPThe Towers of Silence are open to tourism, but as Iran’s complicated relationship with the West is often in flux, check with relevant officials from your own country about the current political situation before planning a visit. 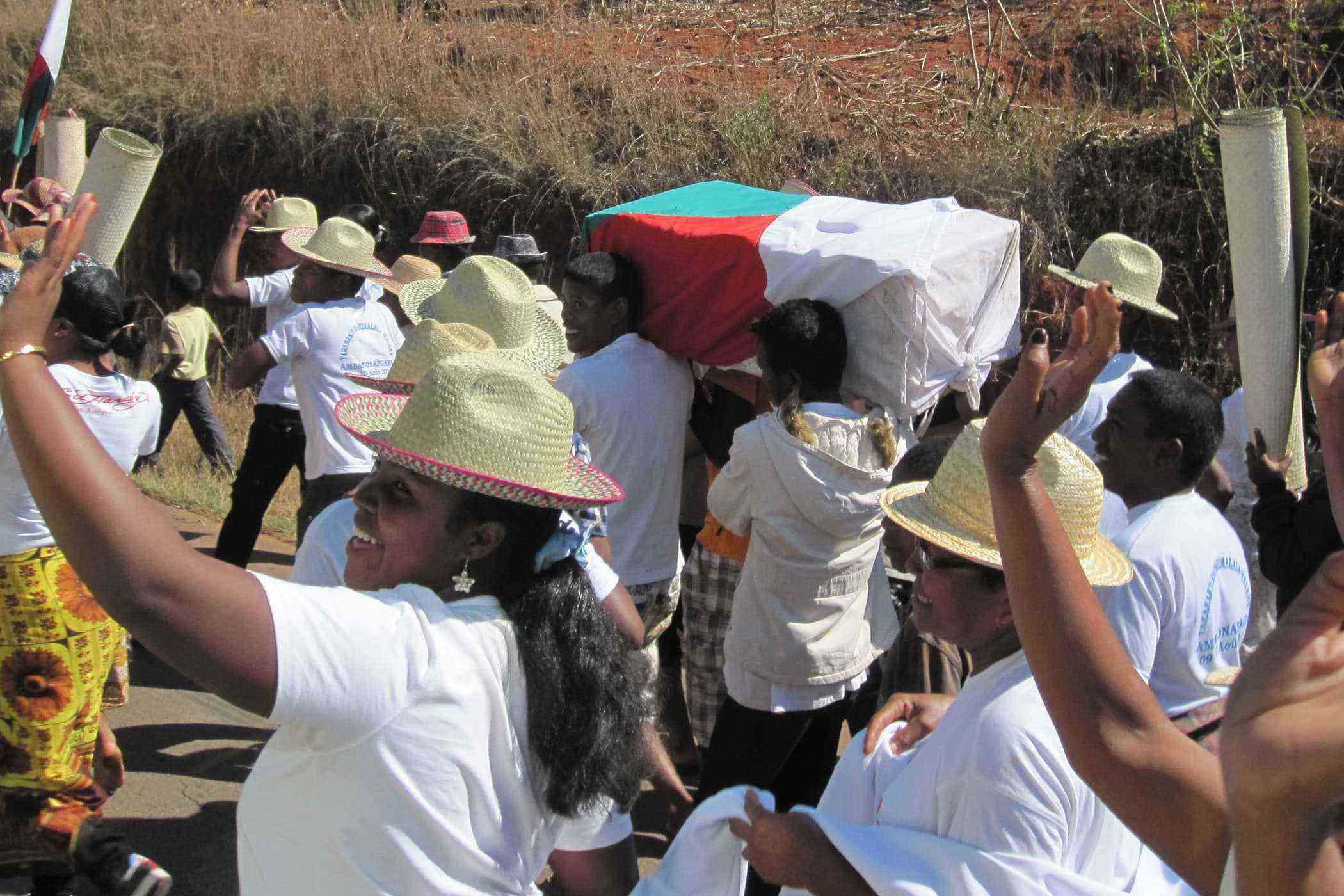 Sometimes it’s a good idea to dig up your ancestors’ bones and parade them around the village. At least that’s what some people in Madagascar believe. Famadihana, also known as the “turning of the bones,” is a Malagasy funeral tradition in which families crack open ancestral crypts, wrap the bones of the departed up in new cloth, and then dance with the bones held aloft in an attempt to commune with the dead.

INSIDER TIPFamadihana only happens once every seven years, which means you might have to do a bit of sleuthing to see which villages in the country’s highlands still practice this rite, and when they plan on exhuming their dead.