“Your move.” – me to Expedia while searching for flight prices.

At this point, it’s no secret: The Queen’s Gambit on Netflix has been in the streaming platform’s “Top 10” since it debuted October 23. Based on a novel of the same name by Walter Tevis, the show chronicles the life of chess prodigy Beth Harmon (portrayed by Anya Taylor-Joy), from her time growing up in a Kentucky orphanage to her tournament experiences in places like Paris and St. Petersburg, as she strives to become a world champion. The limited series is simply stunning and utterly compelling, even if you haven’t the faintest idea of how to play the game (I’m personally still not confident that I can define Beth’s signature move, “The Queen’s Gambit”). Here are a few locations around the world to consider adding to your bucket list if the show inspired you to buy a chess set and/or travel. 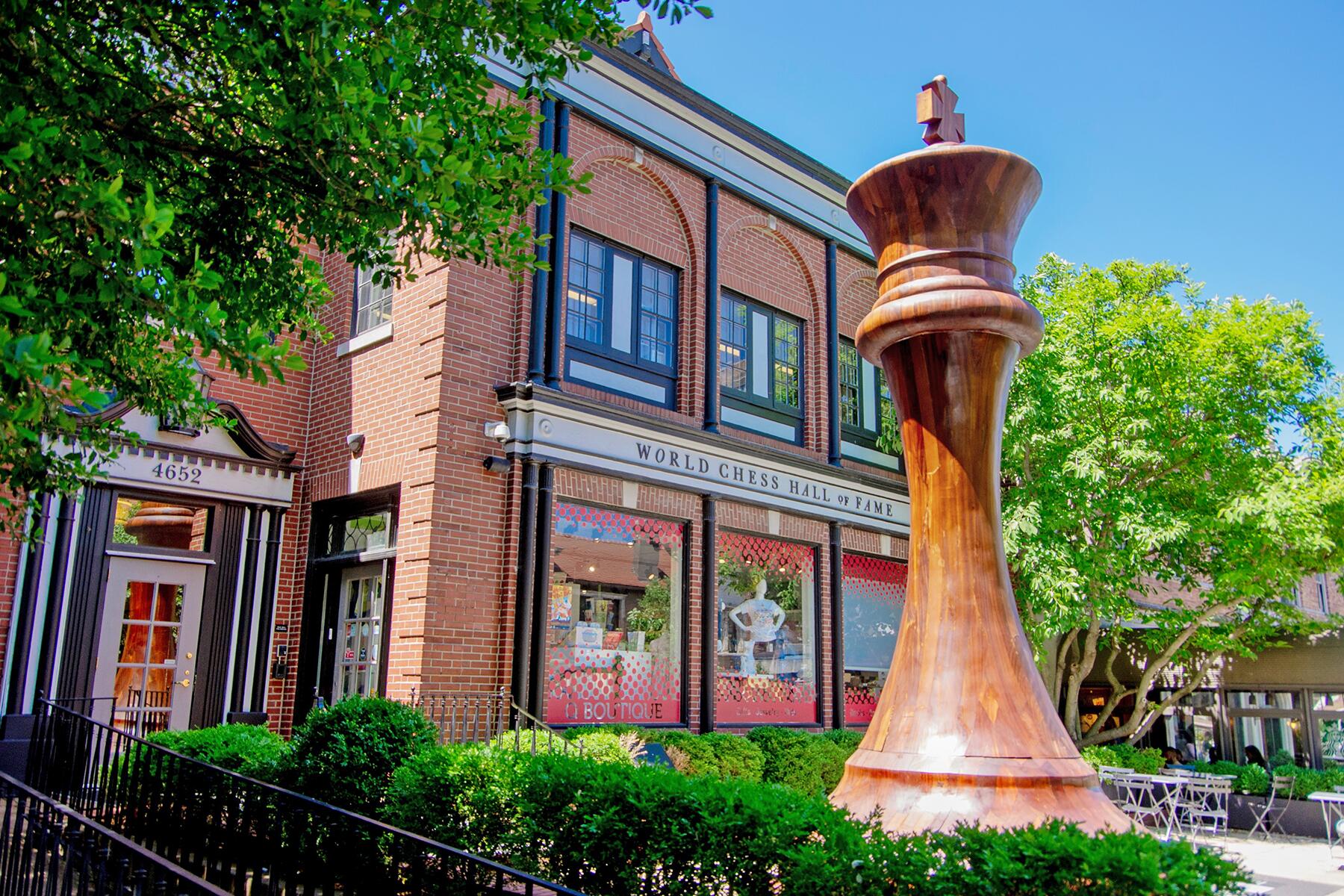 The World Chess Hall of Fame (WCHOF) is a nonprofit establishment—previously located in Miami, Florida—that strives to showcase chess as an art form. In addition to displaying quite a few chess sets previously owned by world champions, the museum’s current exhibits include “Power in Check,” which examines chess as seen through the eyes of American Presidents, and “Keith Haring: Radiant Gambit,” where you’ll be able to get eyes on a collection of bespoke street art chess sets, as well as works by the late pop art artist.

Fun Fact: Across the street from the WCHOF, you’ll find the Chess Club and Scholastic Center of St. Louis, which has held U.S. championships since 2009. 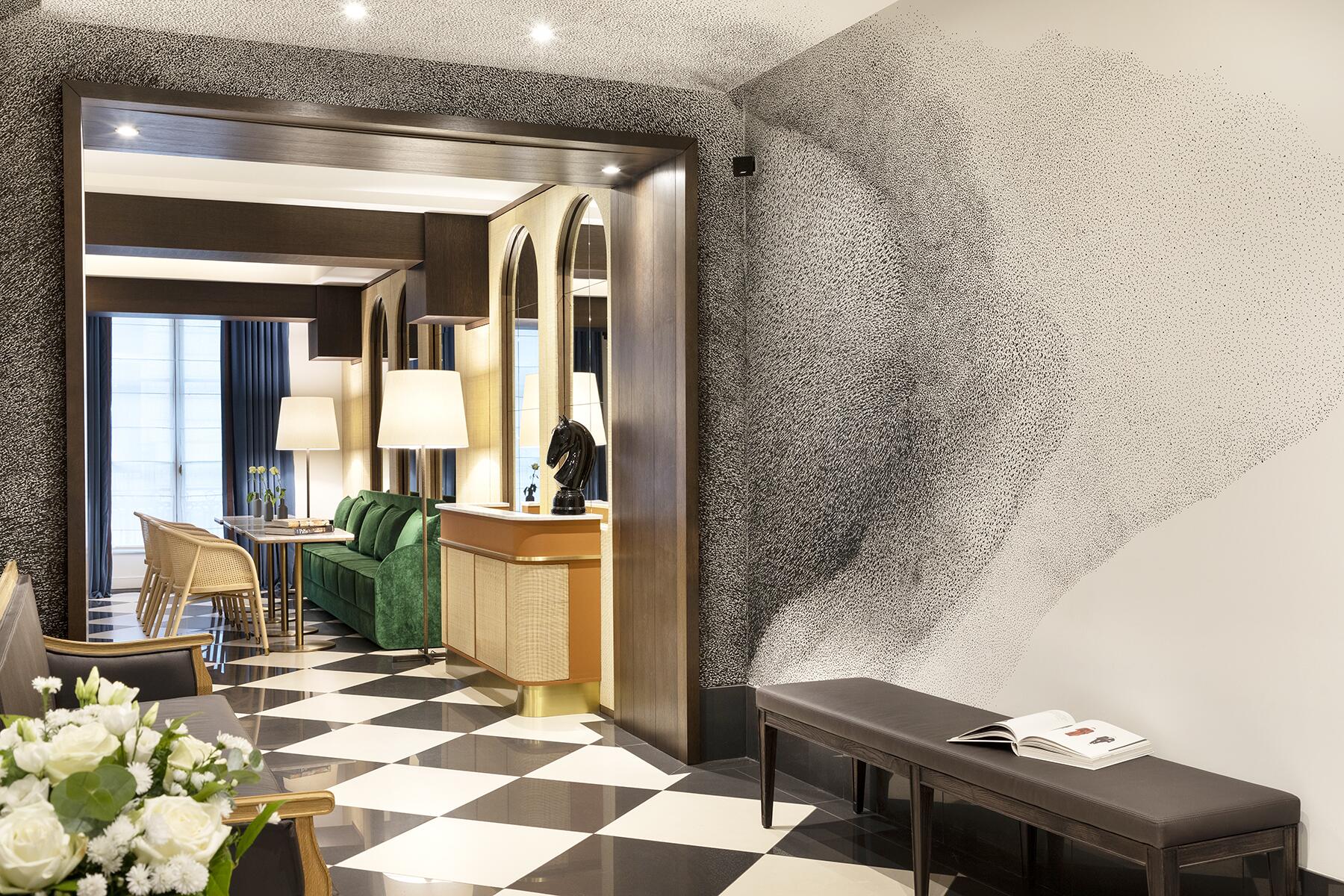 PHOTO: Courtesy of the Chess Hotel
2 OF 7

If Beth Harmon could pick one hotel (in the world) to post up at for a long weekend, my bet is that The Chess Hotel in Paris would be in her top 10 list. Located near the Paris stock exchange, oak and marble is the hotel’s bread and butter (aesthetically speaking)—it touts a warm environment that, per the property’s website, invites guests to enjoy a game of chess by the fire. Also sporting a lobby floor with a checkerboard design (that’s carried over to many of the rooms’ bathroom tiles), there are details throughout The Chess Hotel that make it a one-of-kind stay for fans of the board game.

PHOTO: Courtesy of Swiss Museum of Games
3 OF 7

The Swiss Museum of Games

The castle of La Tour-de-Peilz in which the museum is housed was built in the 13th century (as a fortress!) and purchased in 1979 by the city of La Tour-de-Peilz; a trip here will no doubt be a treat for fans of architecture, as well. Aside from its permanent exhibitions that explore the complete histories of such games as playing cards, and, ahem, chess, The Swiss Museum of Games offers hour-long guided tours that will take you through “5,000 years of game history,” and also offers such pleasantries as team buildings exercises (for you and your coworkers!) and “Pub Evenings,” which come complete with a whiskey tasting and British games. 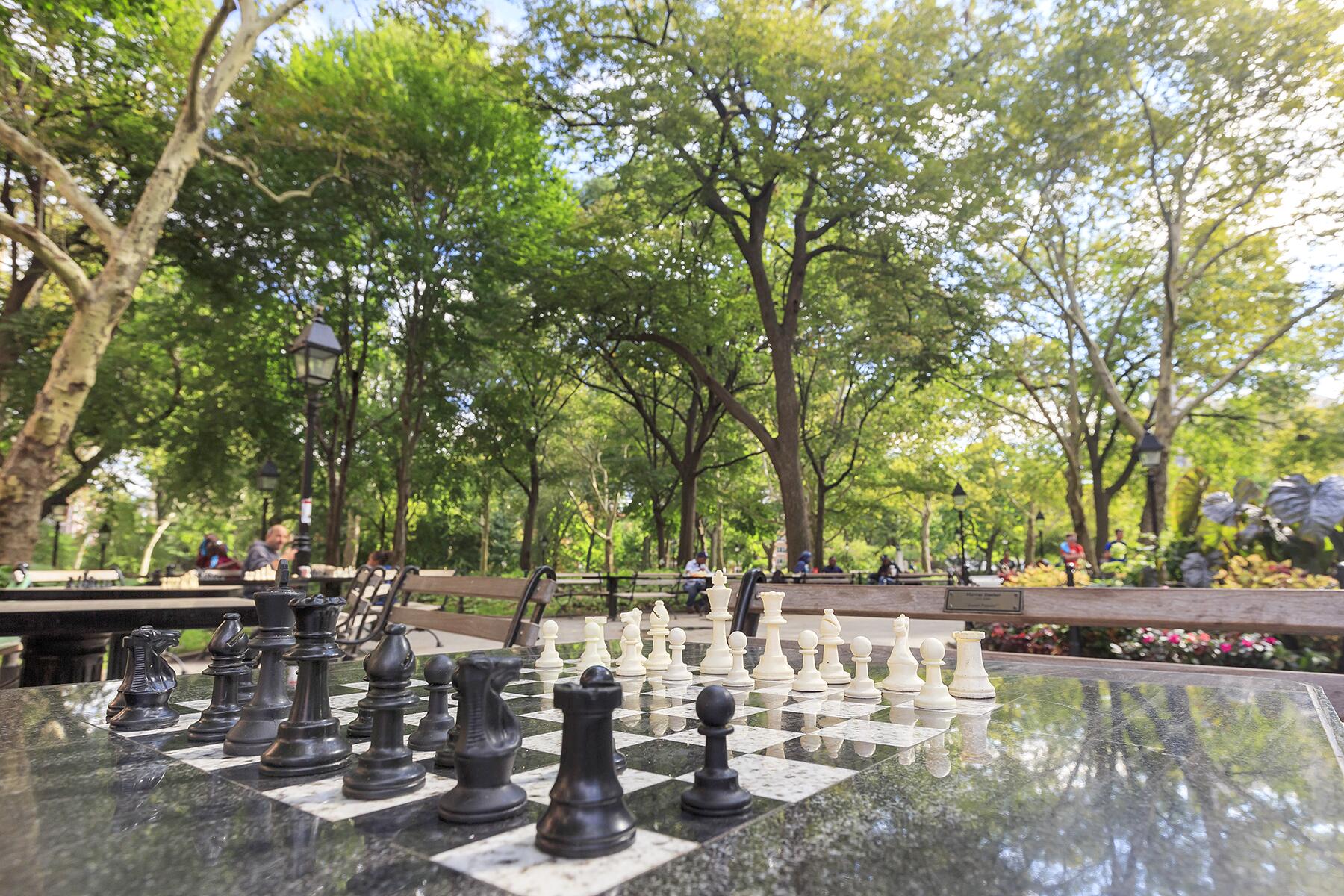 It’s pretty tough to think of a more iconic chess-playing location than Washington Square Park, a vital part of Manhattan’s “chess district.” At the Park’s west end is an area called the Chess Plaza, which contains a multitude of game tables where players have been gathering to duel it out for decades; it’s even reported that chess prodigy Josh Waitzkin—the real-life hero behind the film Searching for Bobby Fischer—discovered the game here. For those looking to play, there’s typically a $5 buy-in; this will get you two games. After checking out a game head to the nearby Chess Forum, which sells a variety of boards, books, and other games. 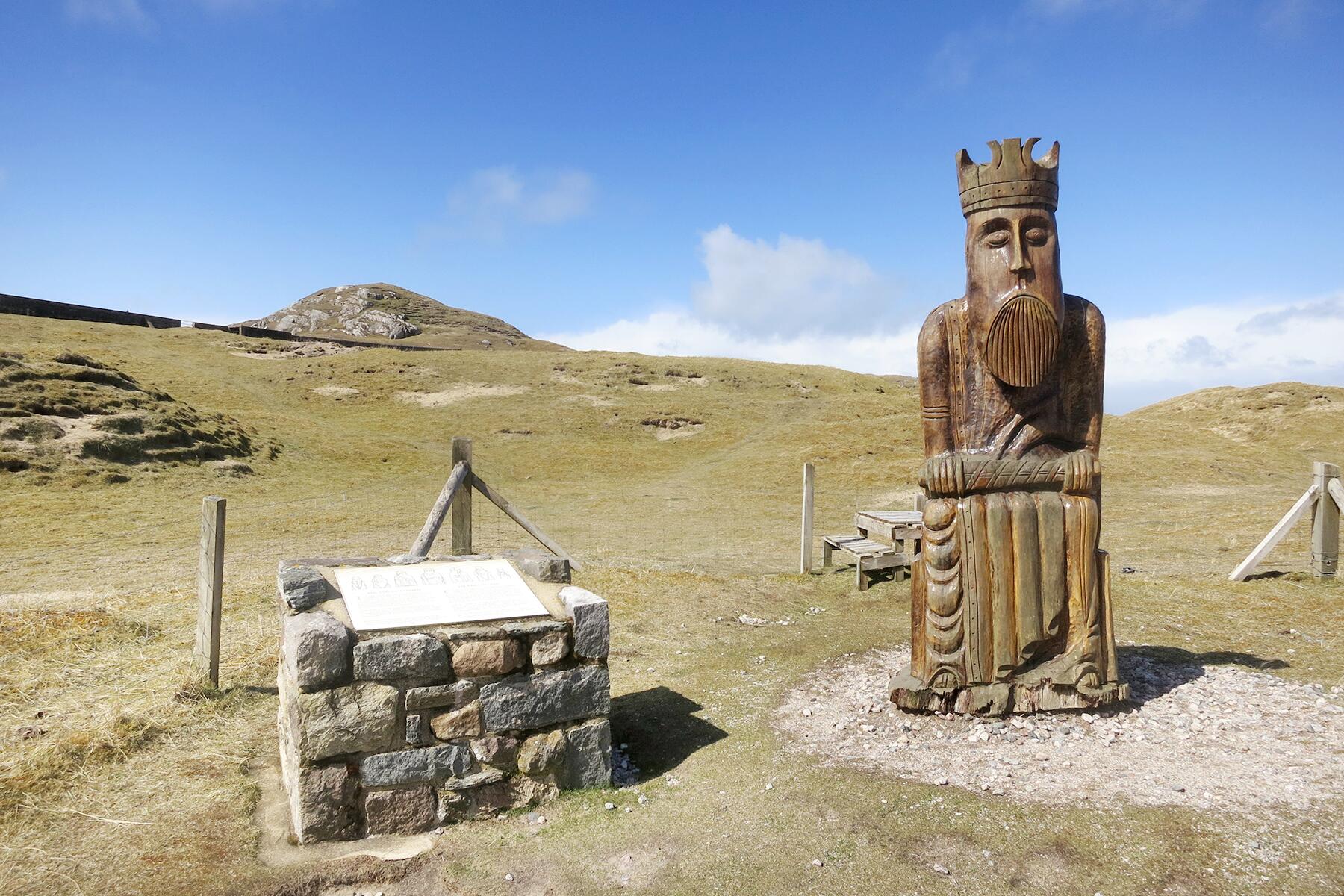 Scotland’s Isle of Lewis is breathtaking and full of historically-important sites. One of them is the beach Uig, where the oldest known chess set—made of walrus ivory—in the world was discovered in 1831. Buried mysteriously in a dune in a small stone chamber, historians have determined that the set, which features pieces that resemble humans, was likely made at some point in the 12th century in Norway. So, yes: Vikings played chess. Upon visiting, you’ll also find that several local shops, like Cornet’s Craft, have made sure to pay homage to the island’s famous set, which is now known around the world.

Fun Fact: The Isle of Lewis pieces are now on display at the British Museum. 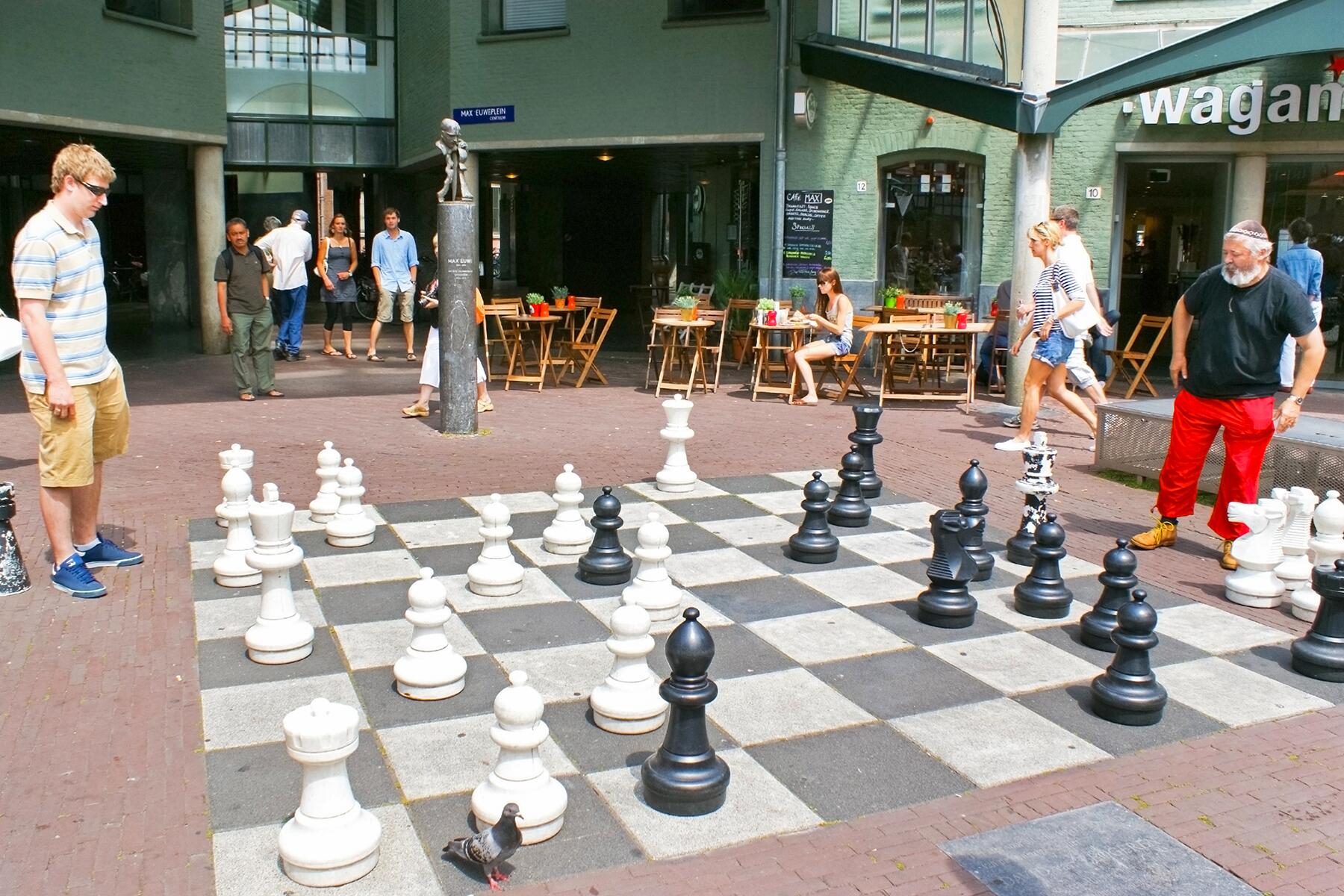 Positioned near the constantly-bustling Leidseplein, Amsterdam’s chess museum—or, the Max Euew Centrum—documents both the history of chess and tells the story of Amsterdam-native Max Euew, the fifth World Chess Champion (1935-1937). While the building does have a disturbing history—it was at one point a prison where Nazis tortured members of the Dutch resistance—it has since been transformed (and features a remembrance plaque honoring the former prisoners) into an establishment honoring the timeless strategy game, with the prison yard now containing a giant chessboard; individual and guided group tours are both available. 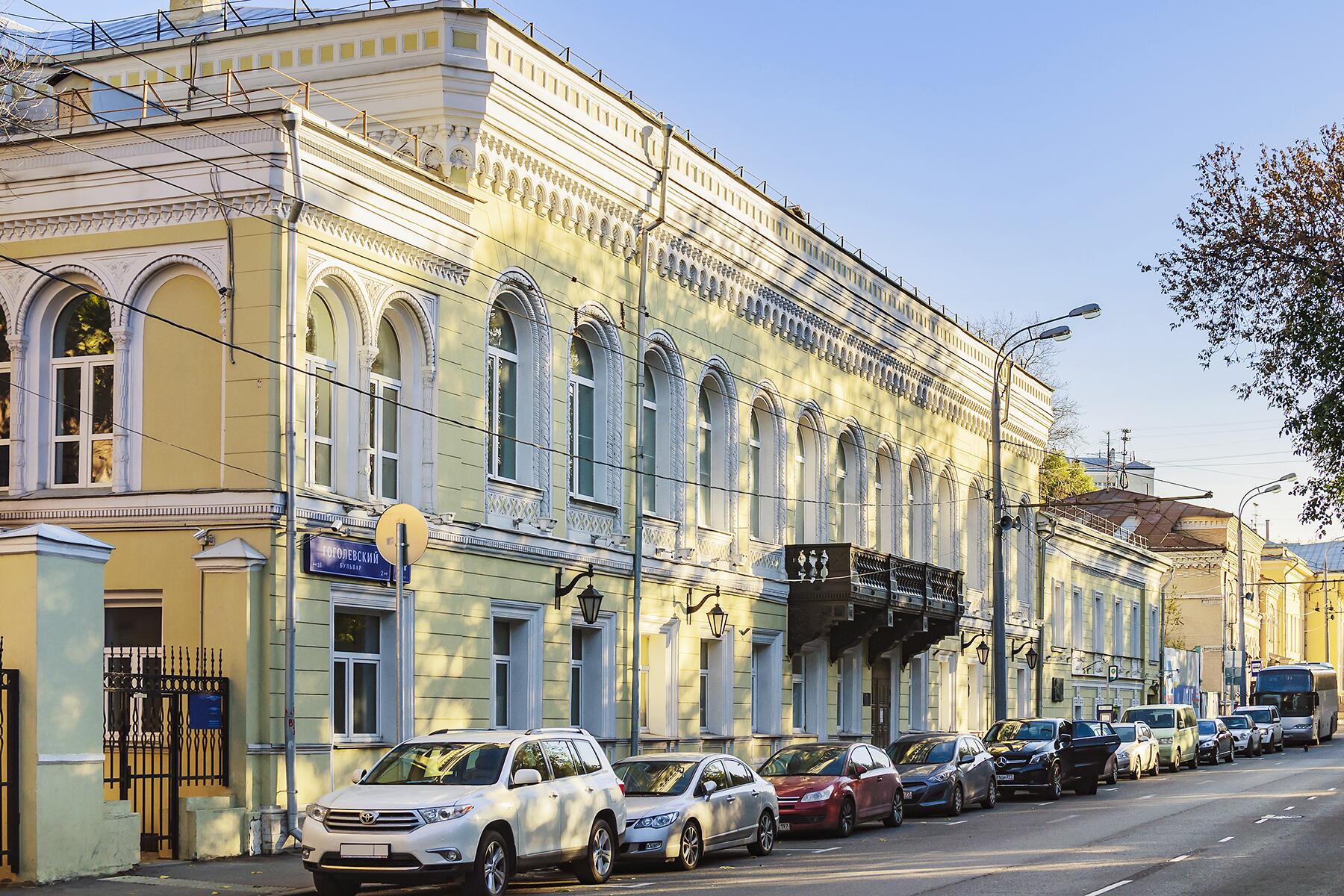 The Russian Chess Museum (a.k.a. the Central Chess House)

Previously the Soviet Supreme Court and a dormitory for political refugees before that, the property in which the Central Chess House sits—on Gogolevsky Boulevard—is a find in and of itself. Inside, you’ll discover one-of-a-kind chess sets from all over the planet, unique paintings that depict players mid-game, and a bevy of trophies. The establishment also offers a chess school for children and it holds weekly competitions for players who are looking to stay on their toes.