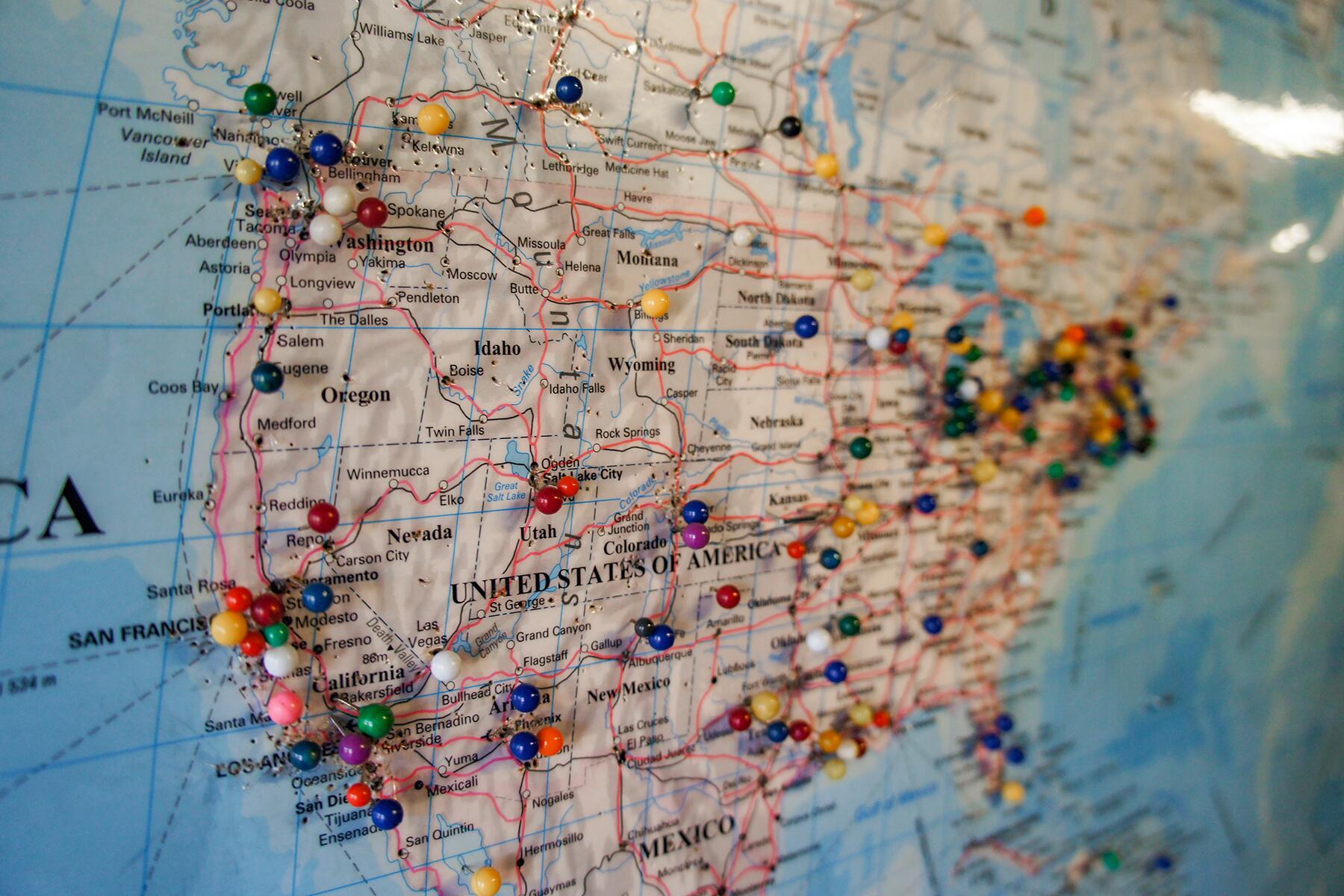 Some towns kick it up a notch (or three) when it comes to heralding the Christmas season.

Plenty of towns across America deck the halls for Christmas, but what do you do when strings of fairy lights, candy canes, and Christmas trees just aren’t enough? How about bringing in the tubas, illuminated boat parades, and a rappelling Santa Claus, for starters? Here are some of the country’s most festive towns offering a little bit more than your standard holly jolly. Scrooges, you’ve been warned.

Events Kaelin Dodge The Craziest Mini-Golf Courses in the U.S.
1 OF 16

Santa’s Village has nothing on Leavenworth, a Bavarian-inspired town in the snow-covered Cascade Mountains. The Christmas season kicks off with the town’s half-timbered buildings and fences exploding with more than half a million sparkly LED lights, best admired while sipping hot chocolate or Gluhwein. Festivities include a week-long Christkindlmarkt, hand-bell concerts, roving carolers, and, of course, an enormous decorated outdoor tree towering above many other decorated trees. And if all that still doesn’t have you humming Jingle Bells, hop aboard a horse-drawn sleigh and swoosh through the surrounding woods.

INSIDER TIPLeavenworth is also home to the one-and-only Nutcracker Museum, containing more than 6,000 nutcrackers of all shapes and sizes, some nearly 500 years old.

Annapolis is always stunning, and the historic district clustered around City Dock has been renovated to perfection. But it takes on a whole new charm at Christmastime, when the colonial abodes and shops are draped with lights, evergreens, and ribbons. Take a candlelit stroll and wander down the cobbled streets and into festooned historic manses, with guides revealing the legends behind evergreens, yule logs, and Christmas trees. The high point of the season is the Eastport Yacht Club Lights Parade, typically the second weekend of December, when yachts and fishing boats glimmering with thousands of tiny lights parade around Ego Alley.

A scene straight out of Currier & Ives, Woodstock looks every bit like the surfeit of Christmas cards that depict Vermont’s idyllic steepled churches, covered bridges, and ice-skating rinks. That scene comes alive during the Woodstock Wassail Weekend, when carolers take to the snowy streets, trees are lit, boutiques serve Wassail punch, and decorated horses parade downtown with riders dressed in Victorian attire. And, of course, the air fills with fa-la-la-la-la la-la-la-la.

Dickensian characters from Tiny Tim to the Ghost of Christmas Past roam the streets during this picturesque town’s Dickens Festival. The World’s Smallest Christmas Parade Ever kicks off the event, featuring Dickens and friends. Free roasted chestnuts, carriage rides, caroling, bagpipers, and a mini-performance of A Christmas Carol add a super festive flair.

The Biltmore is the sugar-plum fairy of this Blue Ridge mountain town, and the historic, sprawling Vanderbilt mansion dresses up with ribbons, garlands, sparkly lights—and more than 55 Christmas trees. Holiday flowers bloom in the Conservatory, a commemorative Christmas wine is poured at the winery, and the menus in the estate’s restaurants serve up special Christmas fare. But in this artsy town, the spirit of the season doesn’t stop there. Artisan shops and art galleries open their doors for last-minute shopping, gingerbread houses are decorated at the Grove Park Inn, and—perhaps the most fun tradition of all—Santa (a surprisingly slim version, anyway) rappels down Chimney Rock to warm up for his Christmas Eve obligations.

One of the first known mentions of a Christmas tree in America was recorded in the 1821 journal of Matthew Zahn, from Lancaster. So you know this city in the heart of Pennsylvania Dutch Country has one (turkey) leg up on the holiday. Carriage rides, singing carolers at Lancaster Central Market (one of the country’s best places for gifts, by the way), and the mayor’s official tree-lighting ceremony complete with tuba accompaniment are some of its allures. Nearby, you can hop aboard a train at Strasburg Rail Road, enjoying cookies and milk as a Victorian-dressed actor reads Clement Clarke Moore’s classic poem, The Night Before Christmas.

The diverse, unique traditions that create Taos’ holiday season are summed up as Yuletide in Taos. We’re talking glimmering farolitos lining snowy adobe streets, baroque holiday concerts, and the performance of Las Posadas, a traditional miracle play. But the true magic occurs after Mass on Christmas Eve, as a crowd gathers at the Taos Pueblo, warming themselves by pitch-wood bonfires in an age-old tradition. At long last, Pueblo men parade around the statue of Mary from the nearby church, returning it amid the burst of rifles shooting in the air. The celebration is rounded out the next day with sacred dances performed by Pueblo peoples at the Taos Pueblo.

(If you’re longing for Christmas the rest of the year, don’t despair. Bronner’s is open year-round, decorated Christmas trees and all.)

With a name like Santa Claus, how could this not be on the list? Funny enough, back in the 1850s the town wanted to be called Santa Fe, but that name was taken. So Santa Claus it was. No big deal, until kids started sending letters here to Santa. And in 1910, the town postmaster, James Martin, began answering them. Long story short, this Indiana town is now the self-proclaimed official Christmas hometown, with volunteers answering children’s letters to Santa that arrive from around the world—some 400,000 of them, each hand-canceled with a special Santa Claus Holiday Postmark. Its three-weekend festivities have expanded far and beyond letter-writing, including a parade, a candy castle, a Christmas store, a Christmas museum, and nine miles of themed residential light displays in Christmas Lake Village.

There’s no waiting to clear off the Thanksgiving table before the Christmas season kicks off in the Midwest’s country music capital. Here, the Ozark Mountain Christmas begins November 1 with drive-thru light displays (including one through the Branson zoo), a theme park festival, an old-fashioned parade, and an illuminated nativity scene atop Mount Branson. But this being Branson, the heart of the season is truly the live music extravaganzas, with nearly every theater in town incorporating the holiday in creative ways. Among the many, Christmas Wonderland at the legendary King’s Castle is a perennial favorite, with its dazzling cast of singers and dancers belting out all the holiday classics.

It may not snow much in Georgia, but this little town in the state’s northern mountains is about as serious about Christmas as you can get. Charmed by its southern hospitality and quaint architecture, several Hallmark Christmas movies even have been filmed here. Festivities begin the last weekend in November with an over-the-top tree lighting ceremony of the town square, with storefronts draped in sparkling lights. Santa arrives the first Saturday in December at the hometown parade, and he stays, of course, through the holidays. You’ve got carolers in period costumes, carriage rides, wine tastings, and holiday performances. And hey, the chance to be an extra in a Hallmark movie.

More than 300,000 lights and 100 set pieces illuminate downtown Natchitoches and the banks of Cane River Lake, celebrating Christmas in full-out Creole style over the course of six weeks. One of the nation’s oldest holiday celebrations, the Natchitoches Christmas Festival started in 1927 as a one-day event, when the city’s chief electrician thought stringing Christmas lights along Front Street might be a nice Christmas touch. Among its current-day traditions: carriage rides through the historic district, home tours (including the house that starred in the movie Steel Magnolias), carolers, fireworks, a variety of parades (including a barge parade on the Cane River), craft vendors, and live performances that take the stage until New Year’s. And don’t forget to try those traditional Christmas goodies: gator on a stick, hot gumbo, crawfish pie, and world-famous Natchitoches meat pie. 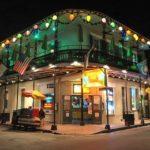 In the heart of Texas Hill Country, Old World German traditions and warm Texas hospitality intermingle in one of the nation’s largest Christmas celebrations. There are parades, concerts, Nutcracker performances, craft shows, gift shopping in 150 boutiques and shops, a 30-foot Christmas tree in the middle of Fredericksburg’s Marktplatz, and lots and lots of lights. But it’s the influences of the German immigrants who settled here in the mid-1800s that add the final sparkle: notably the 26-foot, hand-carved wooden Christmas pyramid, gingerbread and mulled wine to snack on, and the elegant Tannenbaum Ball, where you can two-step to “O Tannenbaum.” Fröhliche Weihnachten, as they say.

You’re virtually guaranteed a white Christmas in Jackson, where skiers and snowboarders sashay through bountiful powder on the slopes. The famous elk antlers on town square’s four corners light up with thousands of LED lights, along with surrounding trees and shops throughout the picturesque town. You can take a real-life horse-drawn sleigh ride at the nearby National Elk Refuge, enjoy the annual showing of “Snowed in for Christmas” at the Jackson Hole Playhouse, and anticipate Santa’s arrival as he rappels out of a tram at Jackson Hole Mountain Resort.

Ogunquit is the Native American word for “beautiful place by the sea,” and there’s no doubt this charming seaside village is at its most beautiful decked out in all its Christmas trimmings. The annual Christmas By the Sea takes place in early December, featuring old-fashioned hayrides, bonfires, caroling, tree lighting, and a live manger scene. There’s the polar plunge on Ogunquit Beach, followed by a parade that kicks off in Perkins Cove and heads toward Main Beach. And don’t forget to sample some of the season’s best clam chowder, because what would Christmas be without chowder?

Most of the year, this suburban Brooklyn neighborhood is just another suburban neighborhood. But come the holidays, countless homes explode in lights and decorations in what many claim to be the best Christmas display in America. It started in 1984 with a single house (belonging to Lucy and Angelo Spata on 84th Street), soon turning into a friendly competition that exploded. And boy, did it explode. Today, thousands of gawkers flock to the neighborhood to take in the dazzling displays. Police even cordon off streets to make viewing easier. Some houses are stately and elegant, other runs amok with an entire village of Santas, Rudolph, snowmen, nutcrackers, even Elsa and Olaf from the movie Frozen. Carousels whirl, animatronic carolers sing, statuesque dancers twirl to piped-in Christmas carols. You never know what to expect, though they all surely have one thing in common: Crazy electric bills.

INSIDER TIPMost of the best displays are found between 11th and 13th Avenues and around 81st through 86th Streets. 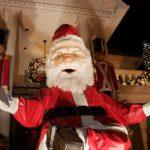