These strange, funny, and downright odd collections will break up that long stretch of driving.

The beauty of a road trip is that you can do anything that strikes your fancy, whether that’s sitting down at all of the best barbecue spots in Texas or taking the time to hit the waves at the best surfing spots up and down California’s Pacific Coast Highway. The most intrepid explorers of America’s byways, though, will opt for destinations slightly less mainstream. From strange collections to macabre displays to downright odd odes to quintessentially American foods, here are 16 bizarre and entertaining museums to add to your next road trip. 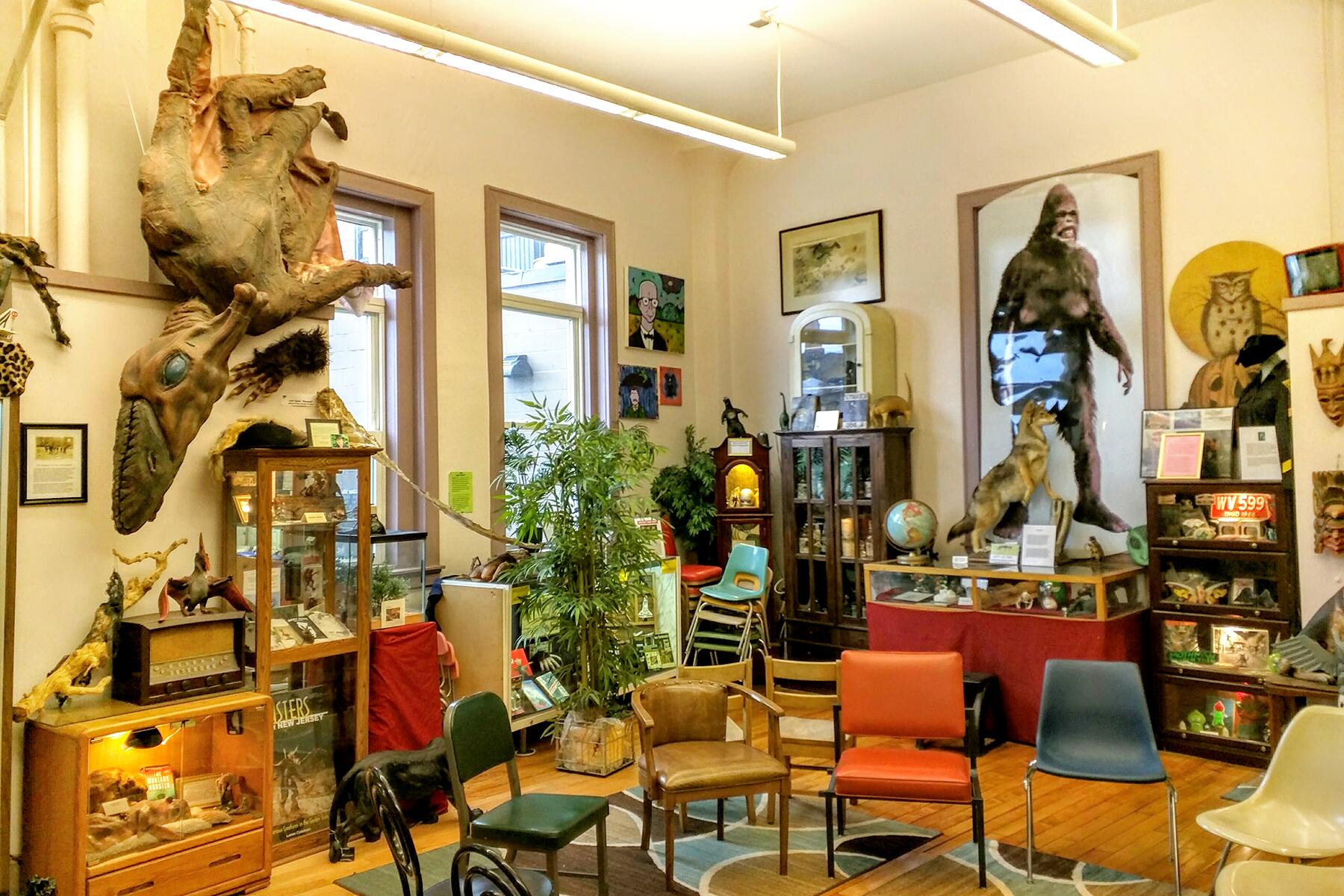 If you’ve always harbored the fantasy that Bigfoot and the Loch Ness Monster are real, then the International Cryptozoology Museum is a must-stop on your next trip. Cryptozoology is the study of undiscovered or hidden animals, and the museum claims to have rare evidence and zoological specimens from some of the most mythic creatures, like hair from a Yowie (Australia’s version of Bigfoot) and fecal matter—you read that right—from a Yeti. 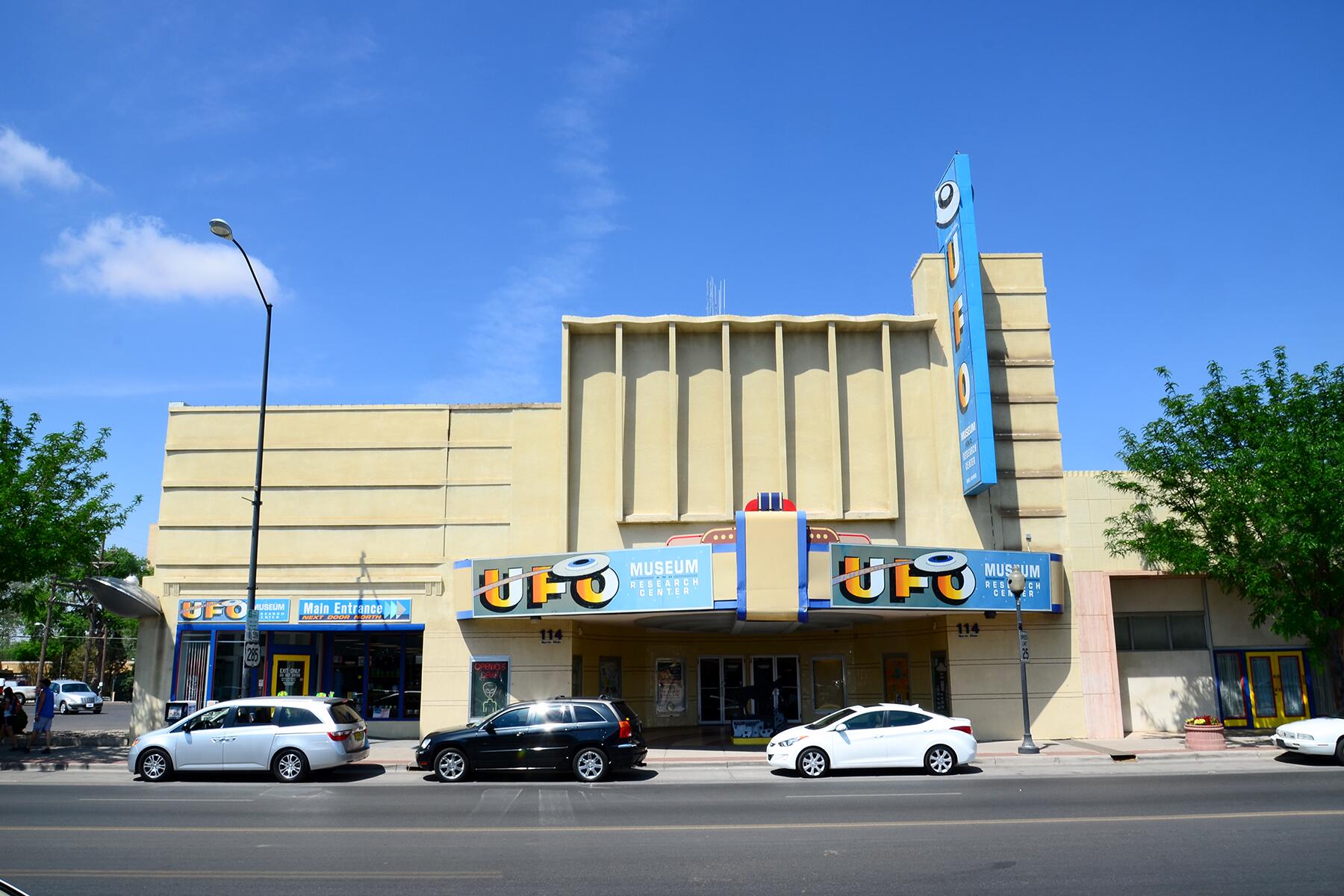 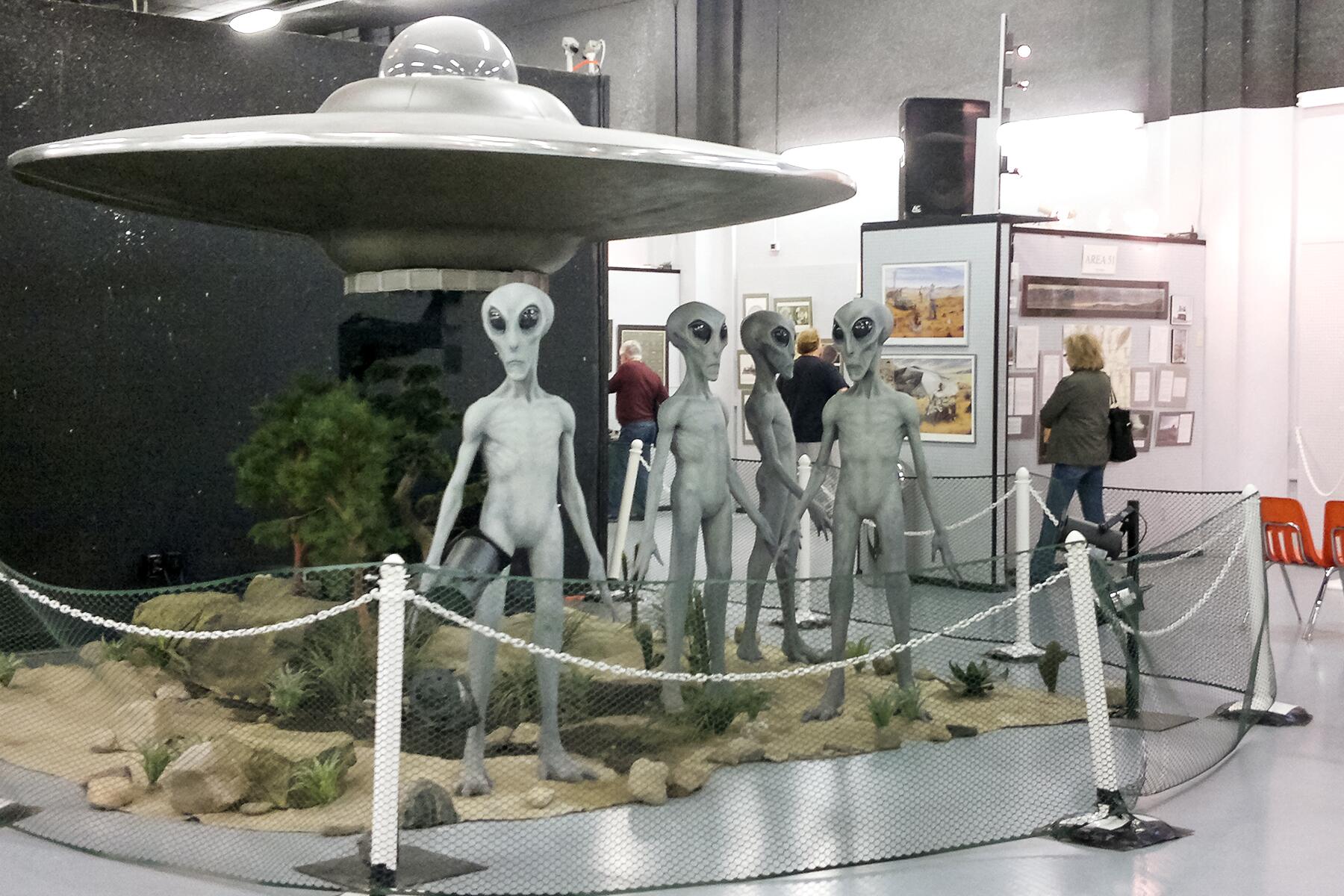 Answer the call of your inner Mulder at this iconic roadside destination, which focuses primarily on the crash at Area 51, just outside Roswell. While most of the International UFO Museum’s collection is photographs and written evidence that let you learn and draw your own conclusions about what really happened in that desert in 1947, there are some genuinely fun—and undeniably kitschy—elements to the experience, like a recreated alien autopsy and a huge spaceship that comes to life at the push of a button. 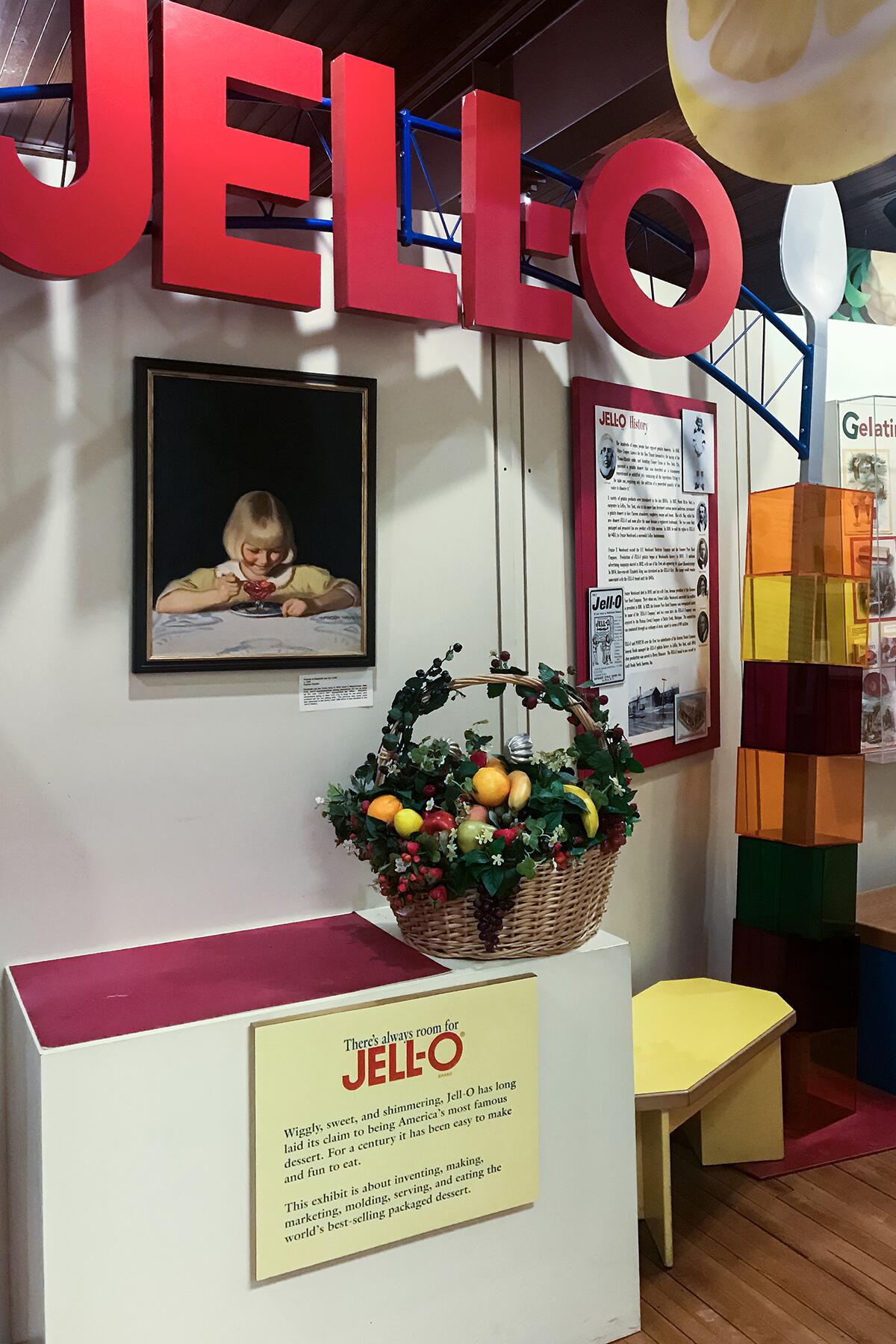 When you’re invited to follow the “Jell-O brick road,” how can you not make a stop at the Jell-O Gallery Museum? America’s favorite wiggly dessert was invented in 1897 in the small town of Le Roy, just outside of Rochester, New York. The museum celebrating that culinary achievement has original advertisements, collectible spoons and toys, and a way to vote for your favorite flavor. 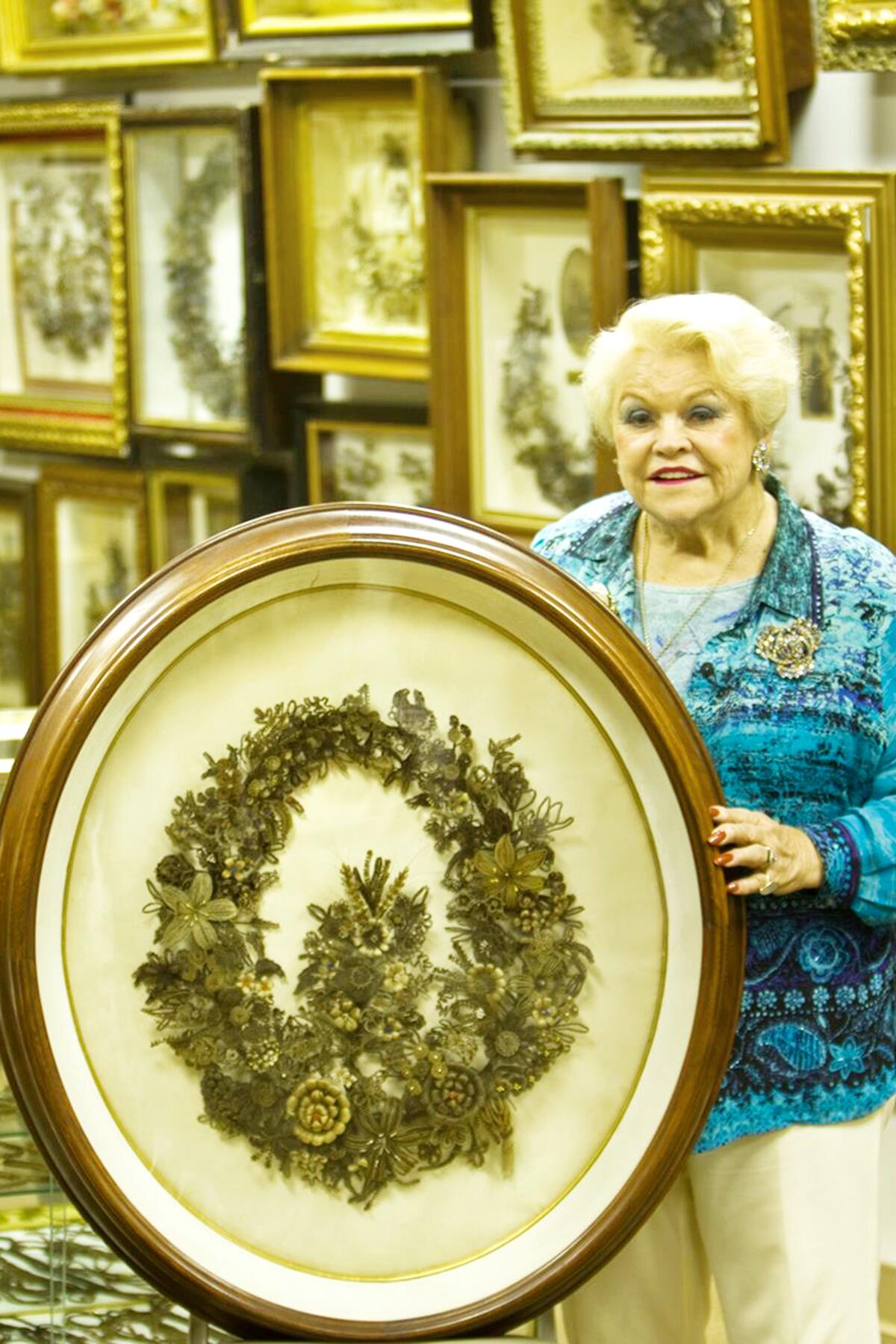 You might think that Leila’s Hair Museum is a tribute to the most outlandish hairstyles ever invented—but you would be wrong. This unusual museum is home to a collection of over 2,000 pieces of art made from hair, like Victorian hair jewelry worn by loved ones mourning a death, and hair wreaths woven out of the hair of all members of a family as an ever-evolving family tree. 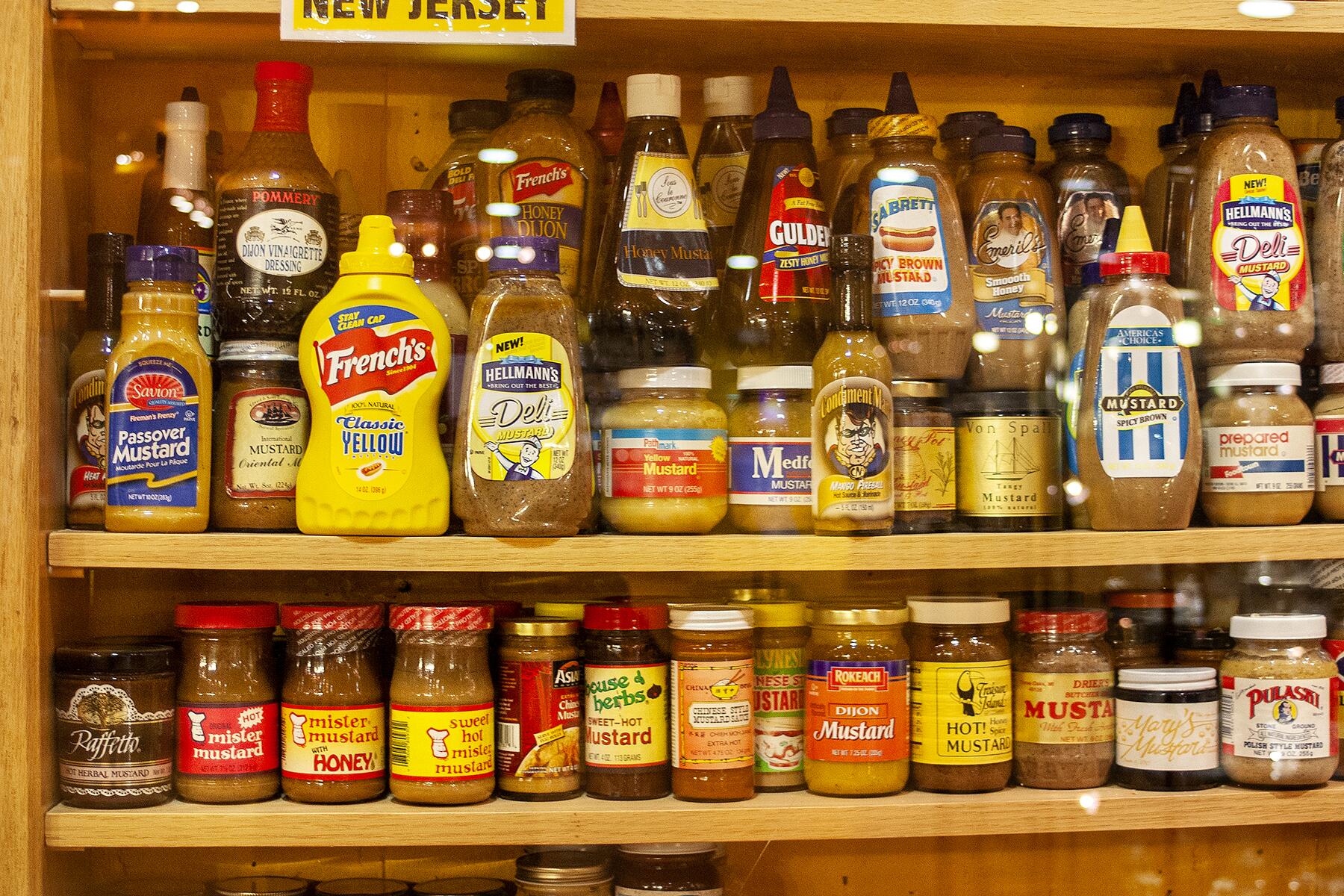 There are two kinds of people in this world: those who love mustard, and those who are wrong. Celebrate your love of this divisive condiment at the National Mustard Museum, which is home to over 6,000 kinds of mustard from over 70 countries. You can’t taste them all, but you can sample everything from wasabi mustard to fruit-based variations at the museum’s tasting bar. 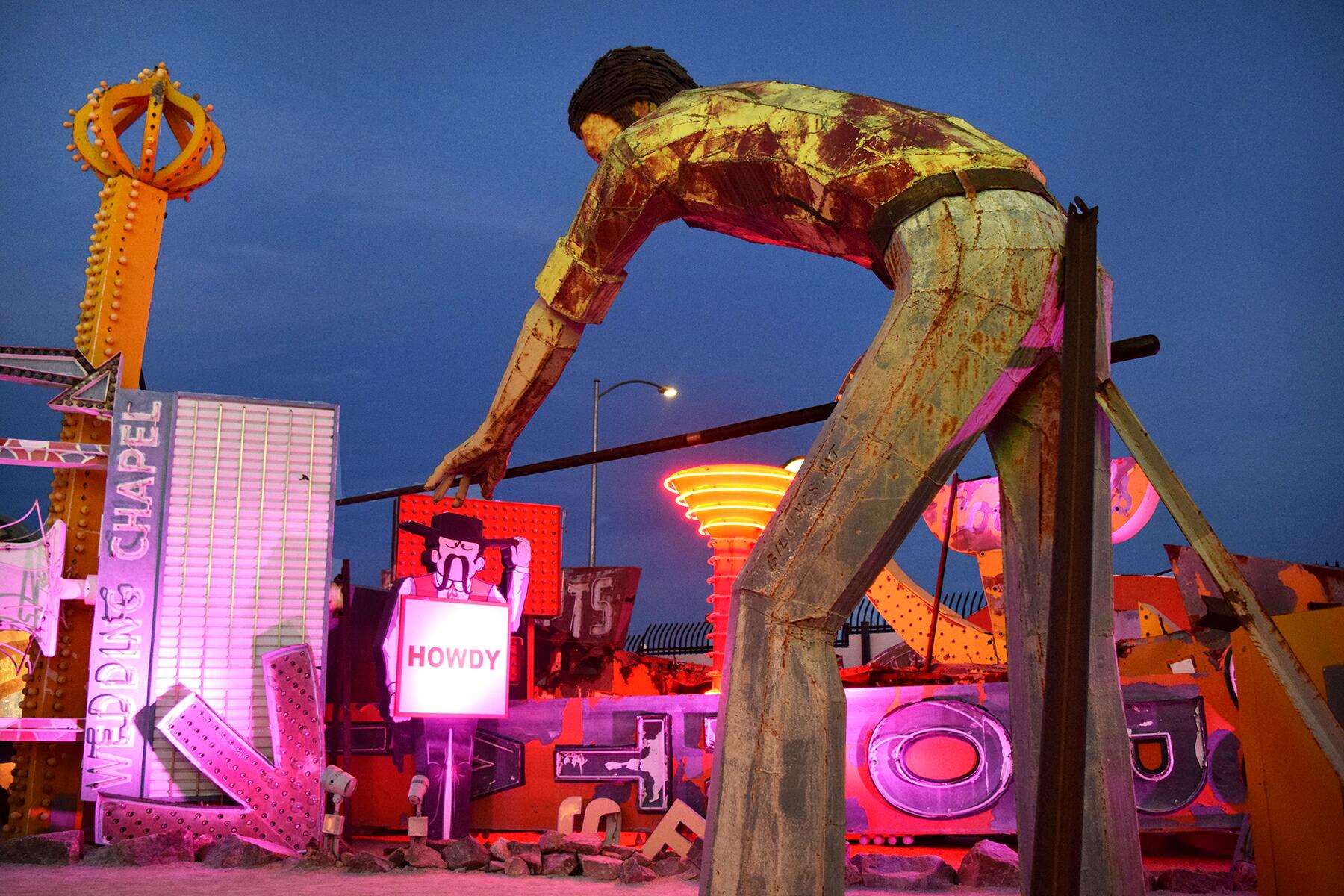 Las Vegas is a city where success means building the biggest, shiniest, most expensive attractions. But what happens to the places that get torn down to make room for the new? The signs, at least, go to The Neon Museum, an outdoor attraction that tells the history of Sin City through its neon signs, starting in the 1930s. While the museum itself is worth a visit—especially at night when the signs are illuminated and there’s a special light show—you can see the Neon Museum’s restoration work throughout the city on this self-guided tour. 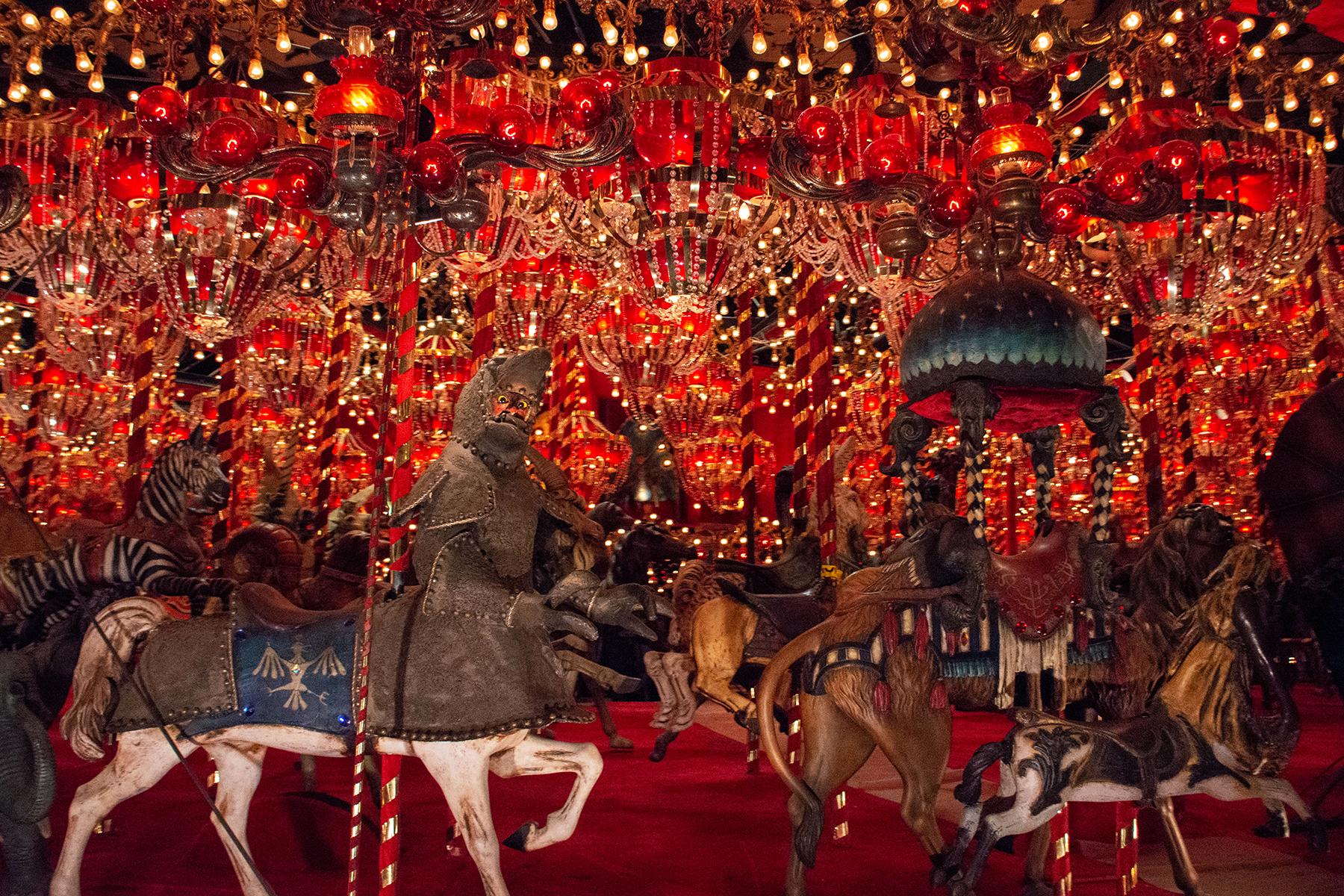 House on the Rock

Part museum, part roadside attraction, and all tribute to the unusual, The House on the Rock defies description. It’s home to the world’s largest indoor carousel (which was made famous in Neil Gaiman’s novel American Gods and the TV adaptation of the book). It’s also home to a 200-foot sea monster sculpture, a walkable recreation of a 19th-century street, an organ room with three enormous theater organs set up inside and surrounded by spiral staircases perfect for viewing, and rooms upon rooms of collections of antique weaponry, dollhouses, crown jewels, and historic aviation memorabilia. 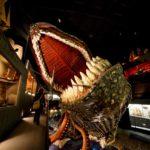 RELATED STORY
15 Reasons to Visit the Weirdest House in Wisconsin 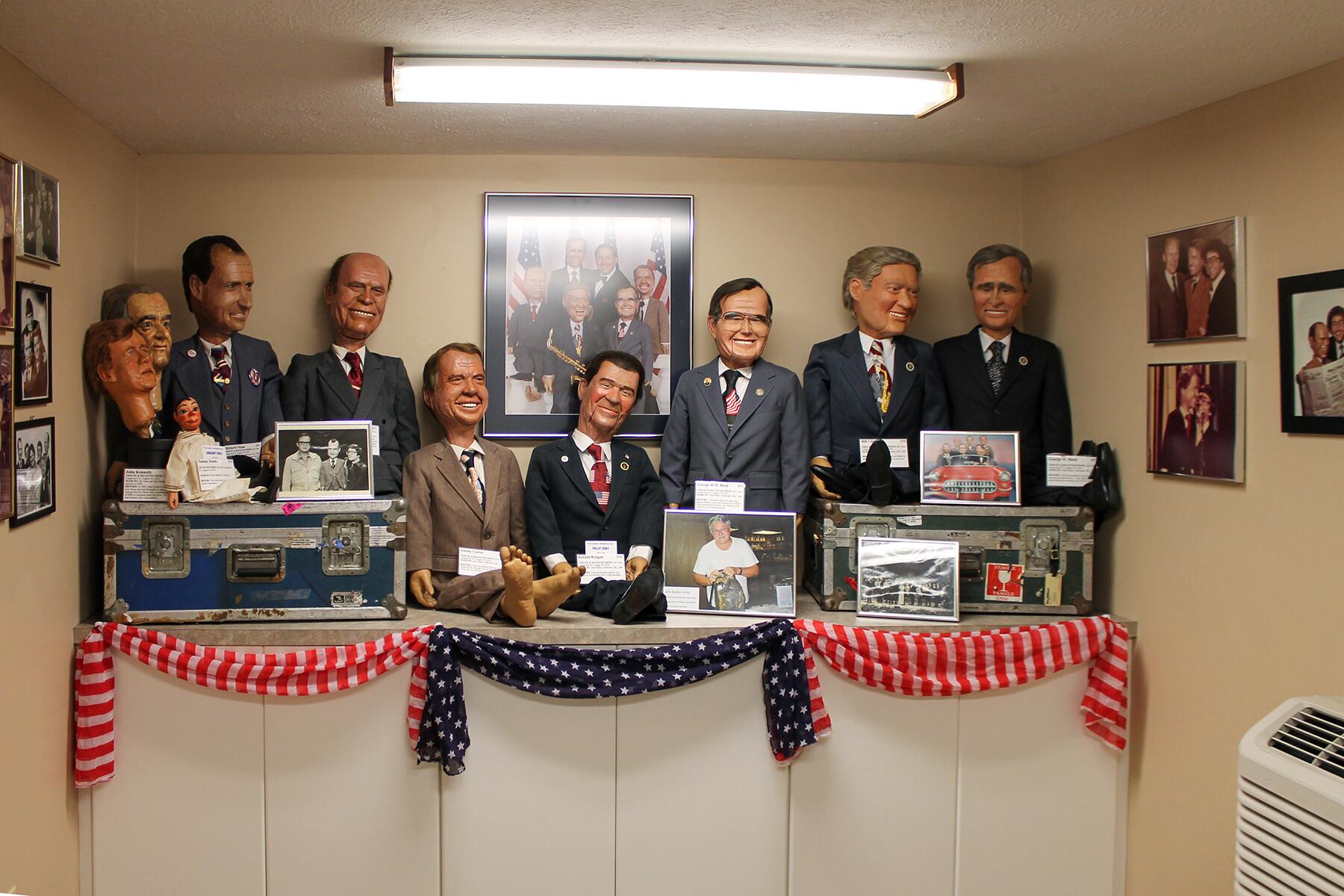 PHOTO: Used by permission of Vent Haven Museum, Inc.
8 OF 15

Spend all the time you want in the Vent Haven Ventriloquist Museum—just don’t call anyone (or anything) inside a dummy. Okay, actually, on second thought, this tribute to the art of ventriloquism might just be the only place in which it is acceptable to do just that. Vent Haven has over 900 different ventriloquist’s puppets from more than 20 countries and three centuries. Even stranger: the museum started as one man’s private collection, which grew so large throughout his life that he had to build new structures on his property to house all of his memorabilia, and the collection has doubled since it became open to the public. 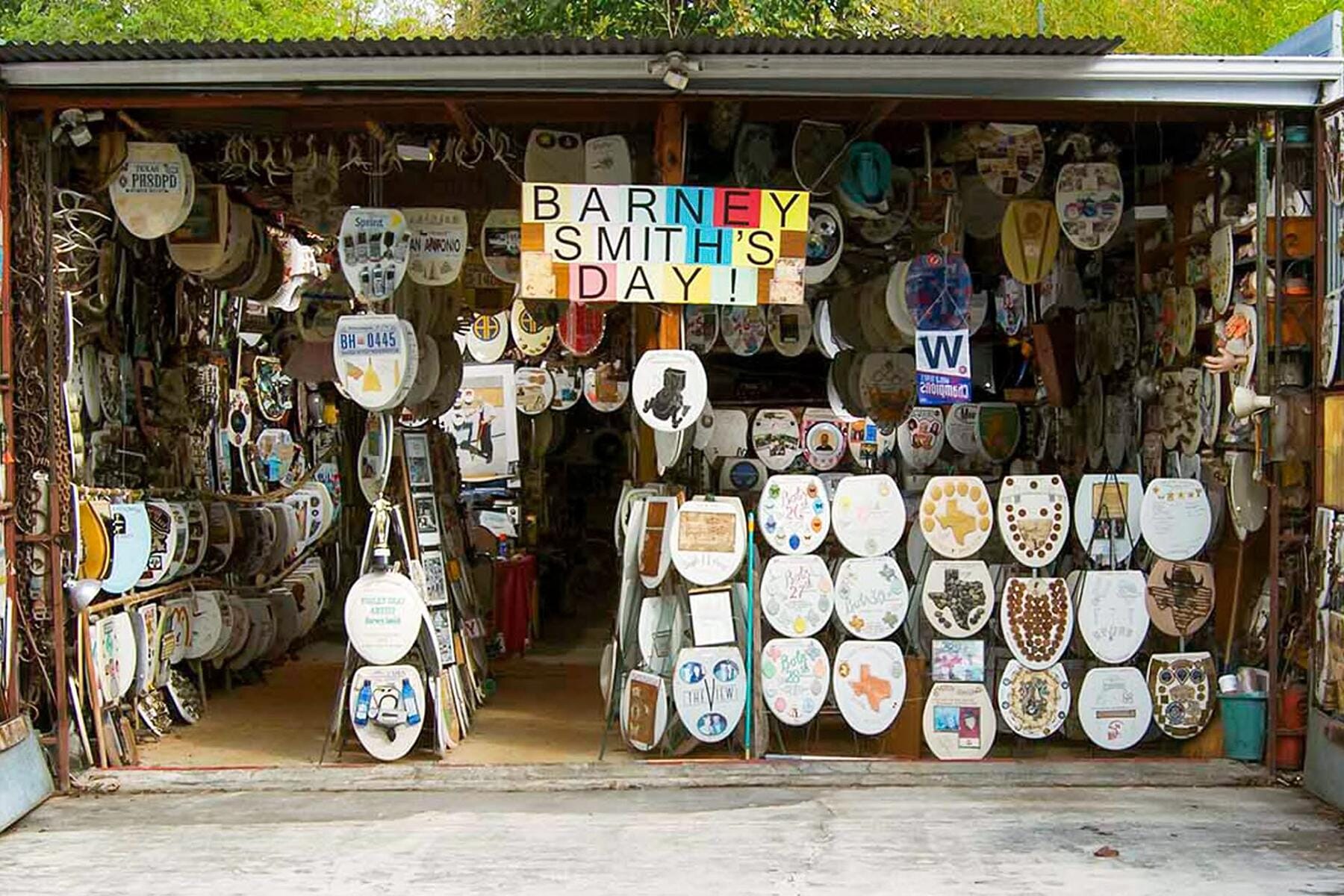 Barney Smith was reusing old toilet seats—and making them into artwork—before “reduce, reuse, recycle” was even a thing. At the age of 98, Smith was ready to retire from showing his collection of over 1,000 salvaged toilet seats-turned-paintings, so he turned his works over to Truck Yard The Colony, an outdoor beer garden that uses real cars as its walls. Now, the Toilet Seat Art Museum is open every day and is best appreciated with a cold brew in hand. 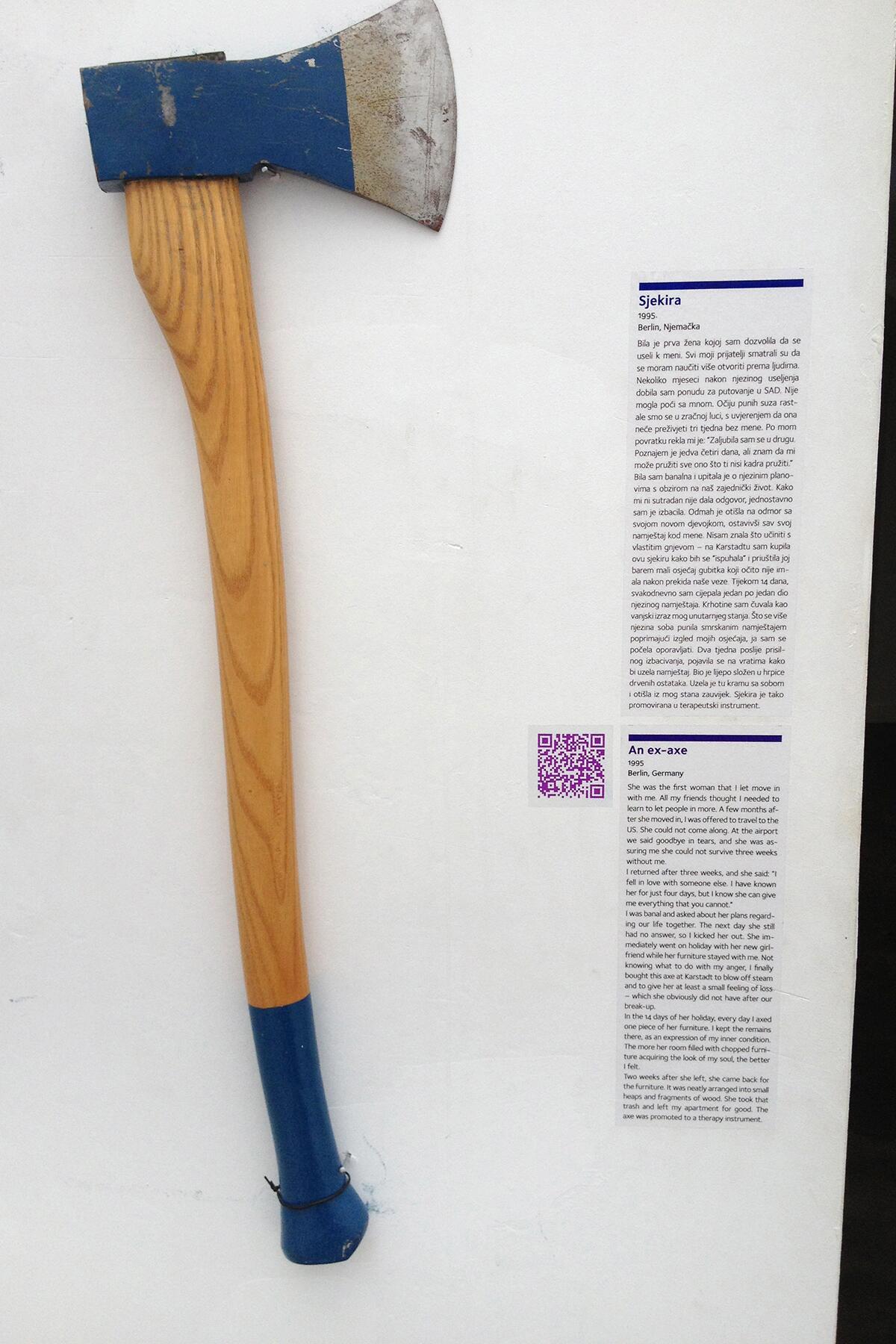 We all have that one breakup that felt like the end of the world when it happened. You know, the one you couldn’t quite let go of, that your friends had more than enough of hearing about? The Museum of Broken Relationships takes your pain and puts it on display for everyone—even total strangers—to share. Think of it as group therapy, but on the largest scale imaginable. The exhibits comprise ordinary things (like, say, a handful of empty jars and bottles from meals you shared with the person who broke your heart) with museum-style explanations of why those objects are so meaningful to the person who donated them. Both the former LA outpost and the original Croatia museum are totally crowd-sourced, and there’s also an online community where you can share your story and photos of your objects. 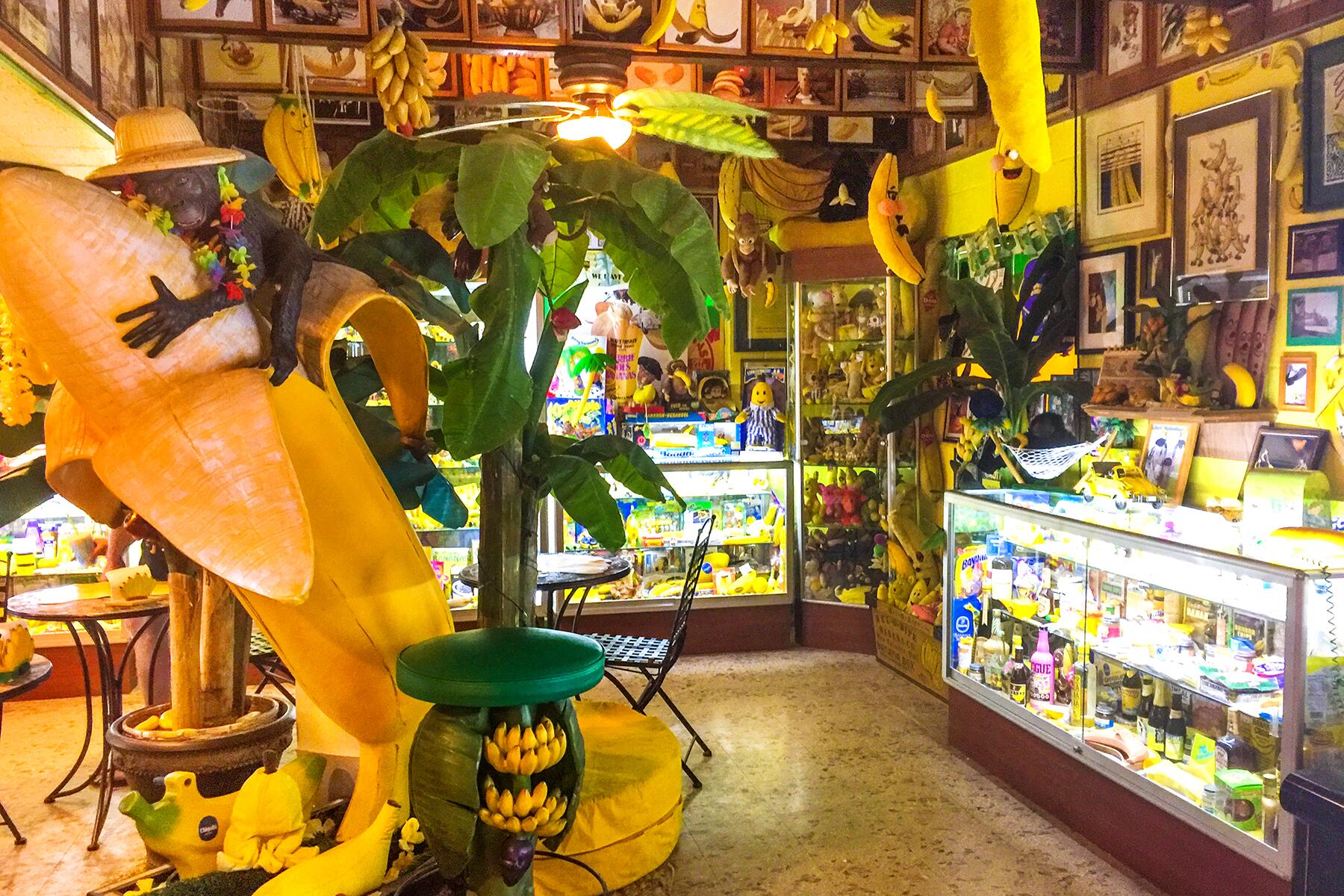 Okay—maybe you really, really love bananas. But do you love them enough to schedule a stop in Mecca, California, at the International Banana Museum? This quirky destination holds the Guinness World Record for Largest Museum Devoted to a Single Fruit and has over 25,000 banana-related objects in its collection, including a giant banana statue. There are, of course, “apeeling” (their word) banana ice cream and banana milkshakes to be had after you’re done monkeying around in the museum. 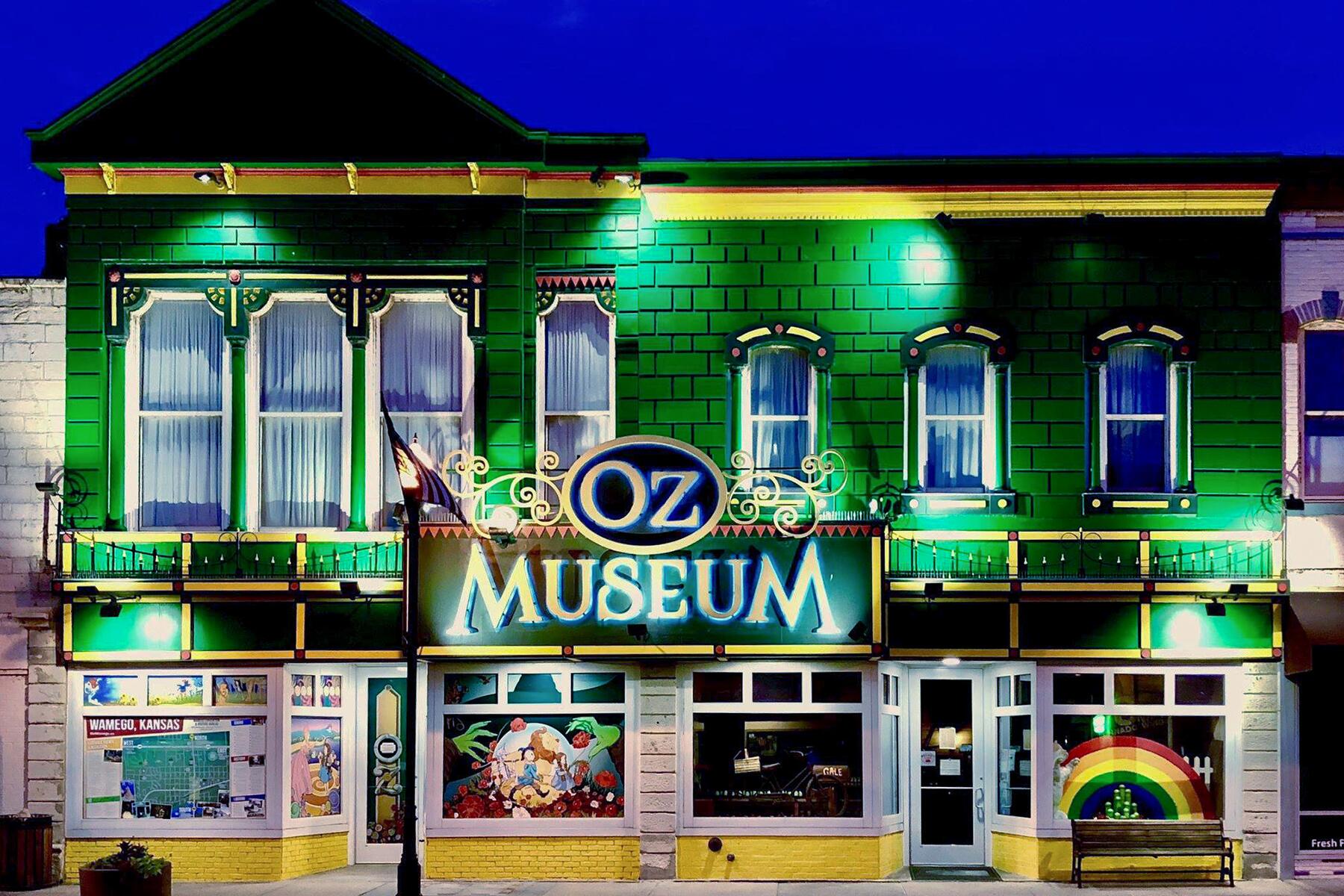 Head “somewhere over the rainbow” to eastern Kansas to see a collection of over 2,000 objects devoted to Dorothy, the Wizard, and Toto, too. The Oz Museum isn’t just about the 1939 movie starring Judy Garland—there was also an earlier silent film, the 1978 version starring Michael Jackson and Diana Ross, a Muppets version from 2005, the Broadway sensation of Wicked, and, of course, an entire series of children’s’ books written by L. Frank Baum that started it all. The museum has memorabilia from all of them, including a hand-jeweled pair of ruby slippers made for the 50th anniversary of the classic film. 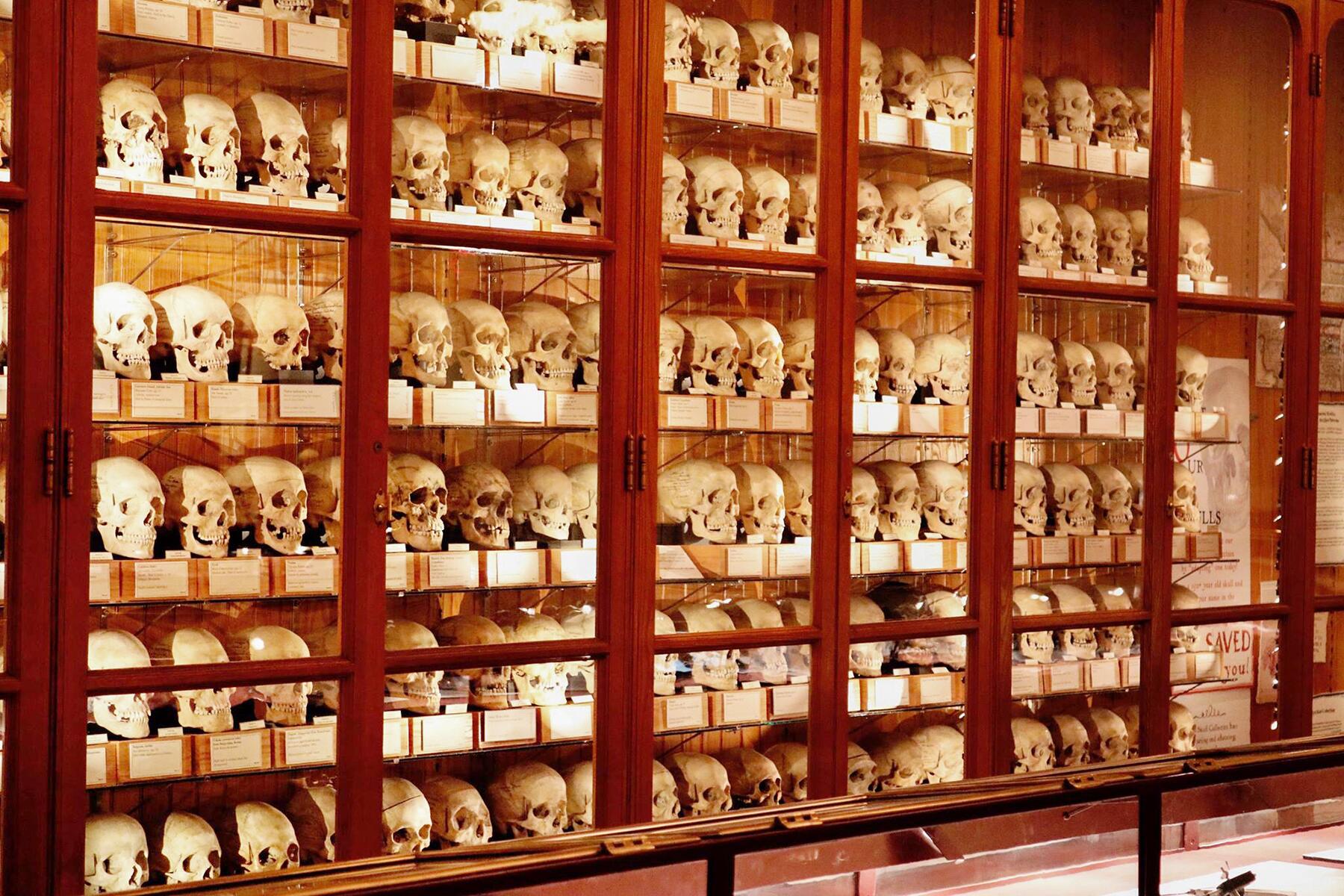 PHOTO: Mütter Museum of The College of Physicians of Philadelphia
13 OF 15

If you love physical anomalies, head to Philadelphia to The Mütter Museum, a medical museum at The College of Physicians of Philadelphia. This museum delves into the mysteries of the human body, and has thousands of real human specimens on display, from a human skull collection to a tumor from the jawbone of President Grover Cleveland. The tallest skeleton on display in North America is also at The Mütter Museum, as well as the conjoined liver of Chang and Eng, the 19th-century Siamese-American conjoined twins who made the phrase “Siamese twins” famous. 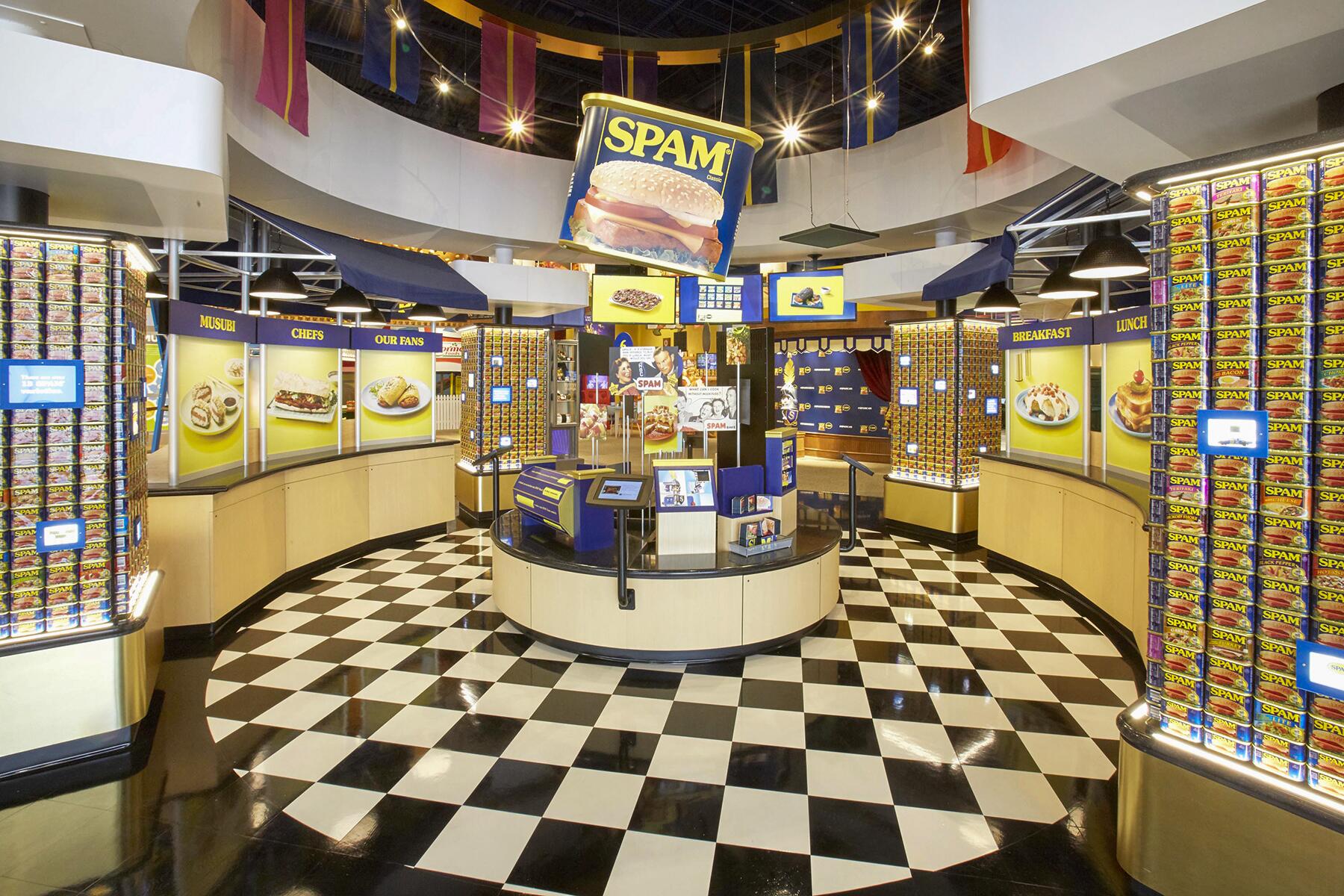 Few foods have so thoroughly worked their way into pop culture as Spam, the canned “spiced ham” that has its own musical—Monty Python’s Spamalot—and its own usage in internet-speak. (You probably deleted a bunch of spam messages today, right?). So of course, this most famous meat has its own museum, too. At the Spam Museum, you can have a guided tour by a SPAMbassador, measure your height in Spam cans, go behind a play-sized line to see how Spam is made, and page through cookbooks with endless variations on how to eat the salty food besides Hawaii’s iconic Spam Musubi. 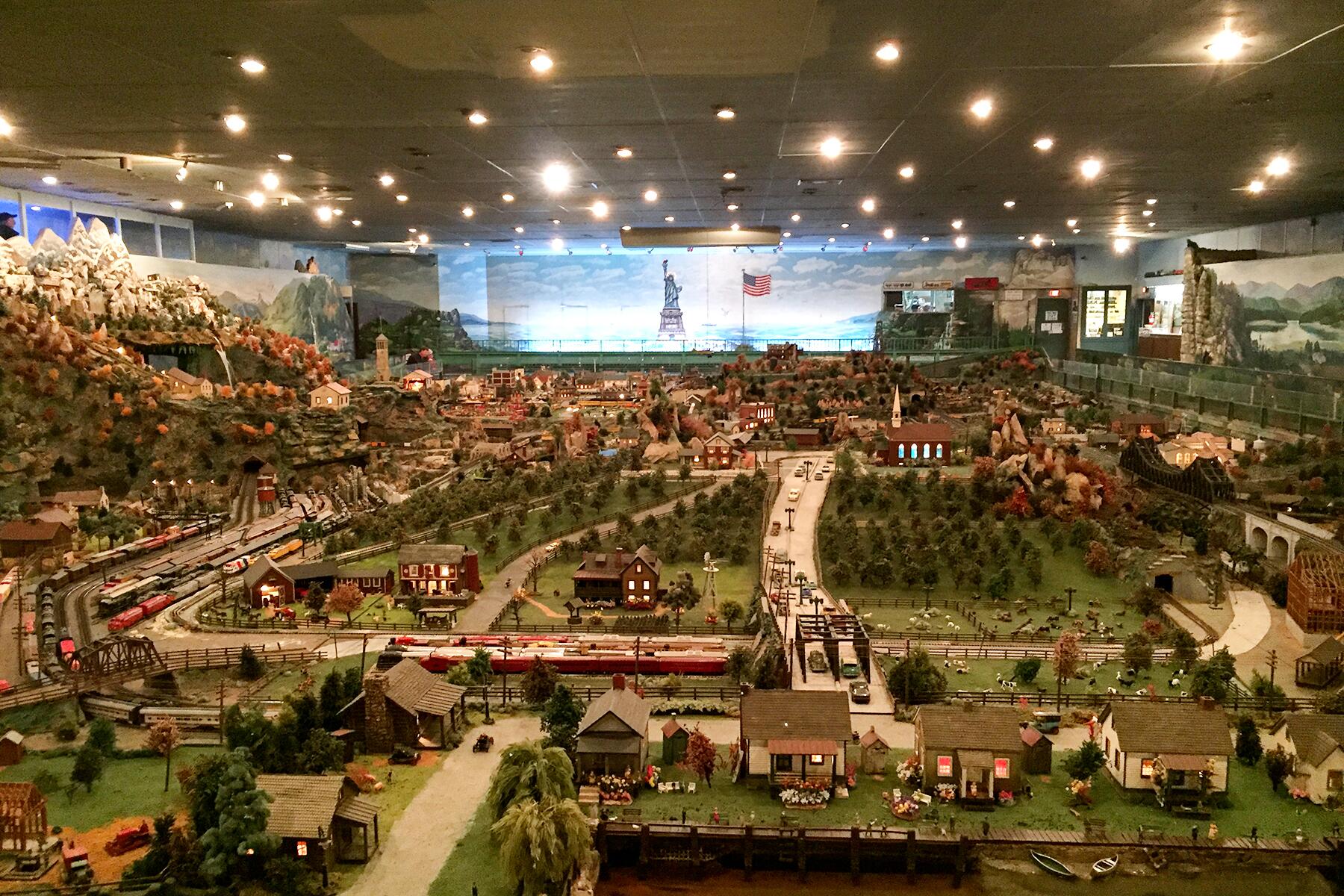 Don’t call this attraction just a model train display. While there is nearly half a mile of model railroad running through this enormous model, Roadside America is so much more than that. It’s 6,000 square feet of miniature homes, roads, and landscapes of a quintessentially American small town. Even more remarkable: it was all built by one man, Laurence Gieringer, who made the first piece of his model when he was nine years old, in 1903, and worked on it until his death in 1963. Every half hour, there’s a “night pageant” in the building—night falls over the model and a patriotic song is played.

I'm also surprised you have omitted the Mothman Museum.

Unfortunately Roadside American has closed and is currently (on 1/5/21) being auctioned off one building at a time.

I don't understand how you could omit

Museum of Jurasic Technology in LA
Museum of Surgical Sciences in Chicago
City Museum in STLAll fantastic and worth a visit.