South America has long been luring and captivating visitors with a diverse landscape steeped in history, teeming with culture, and home to incredibly warm and welcoming people. Dazzling glaciers, emerald rainforests, unspoiled beaches, extensive deserts, and romantic islands make this enchanting continent a picturesque destination for a truly unforgettable honeymoon. 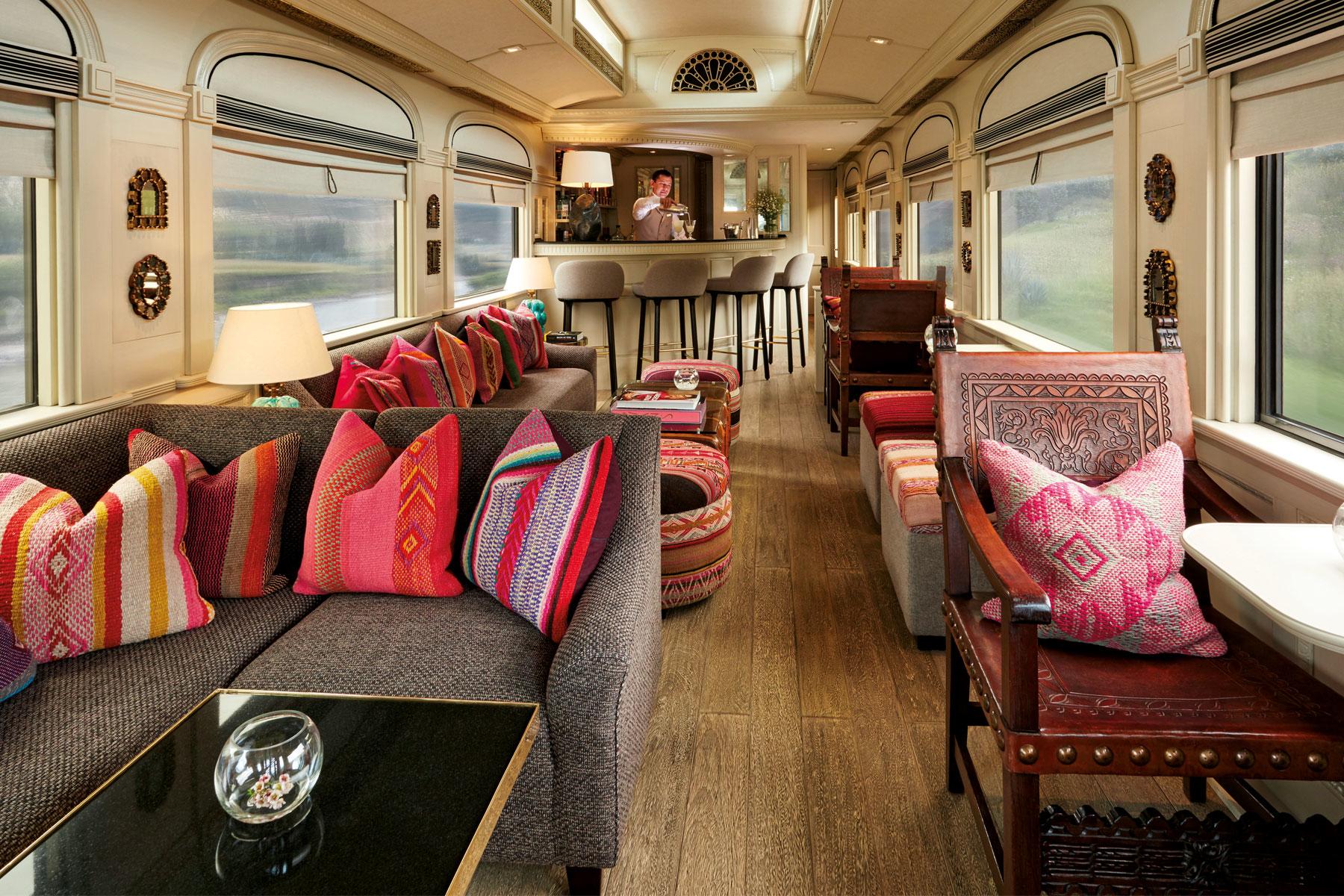 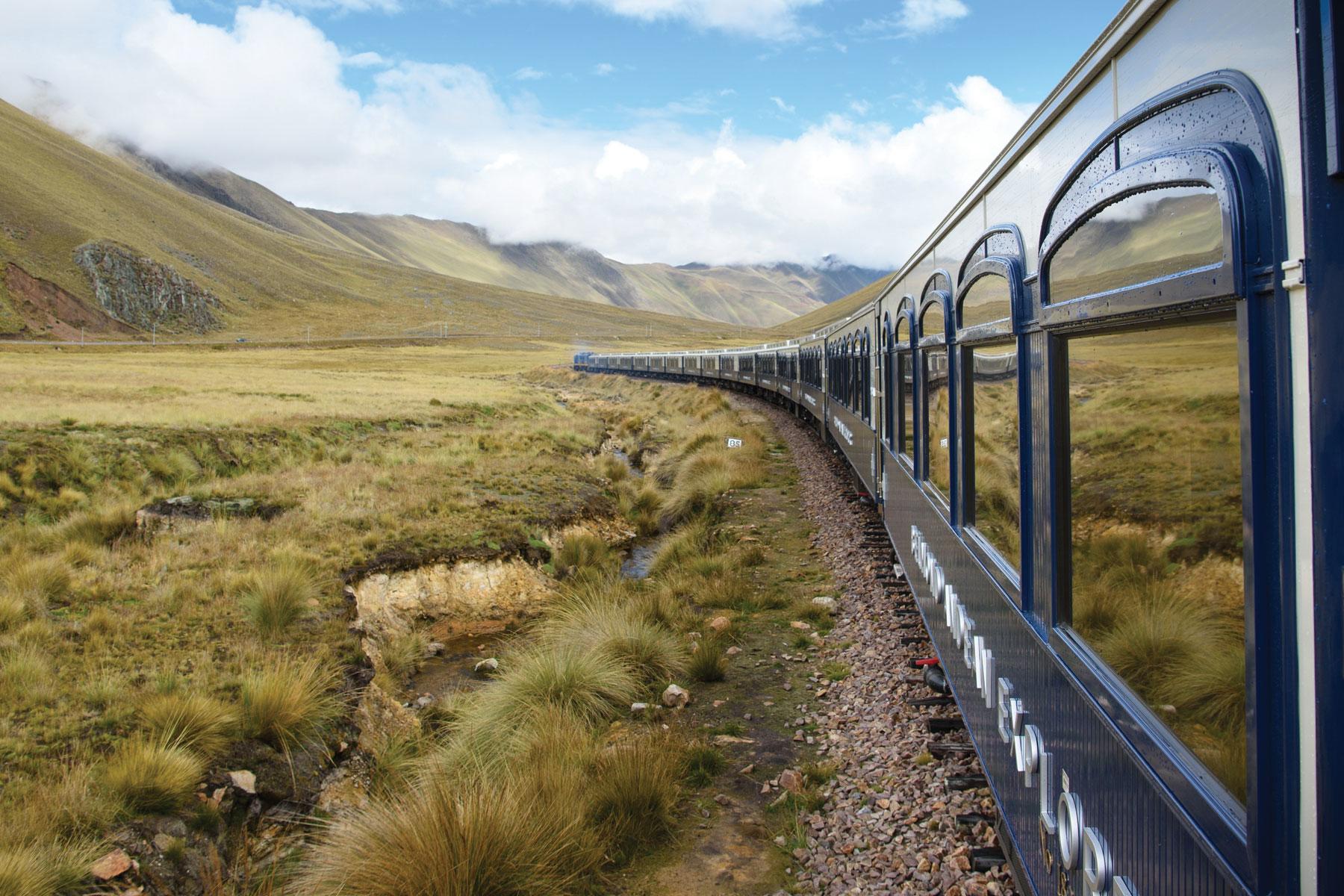 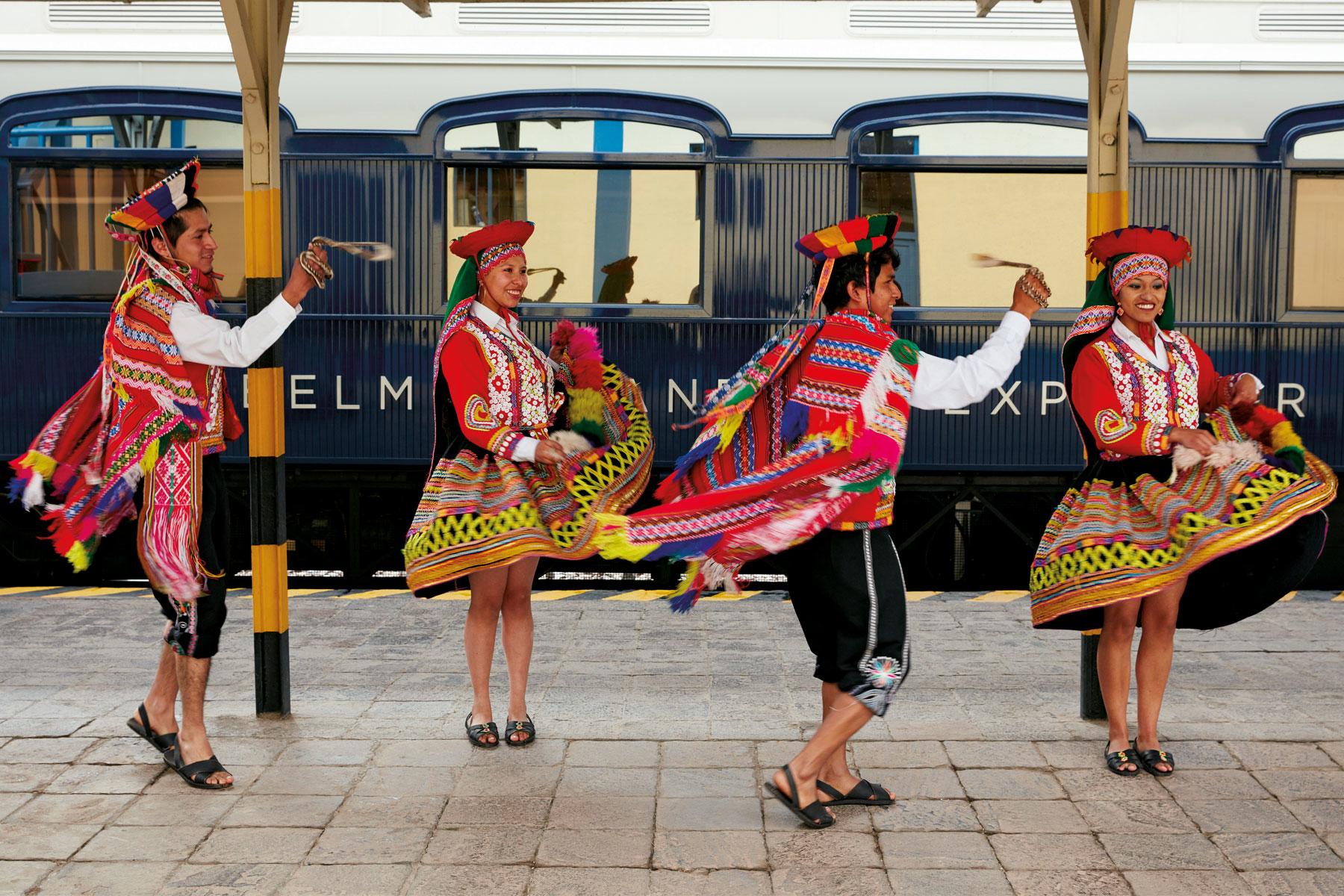 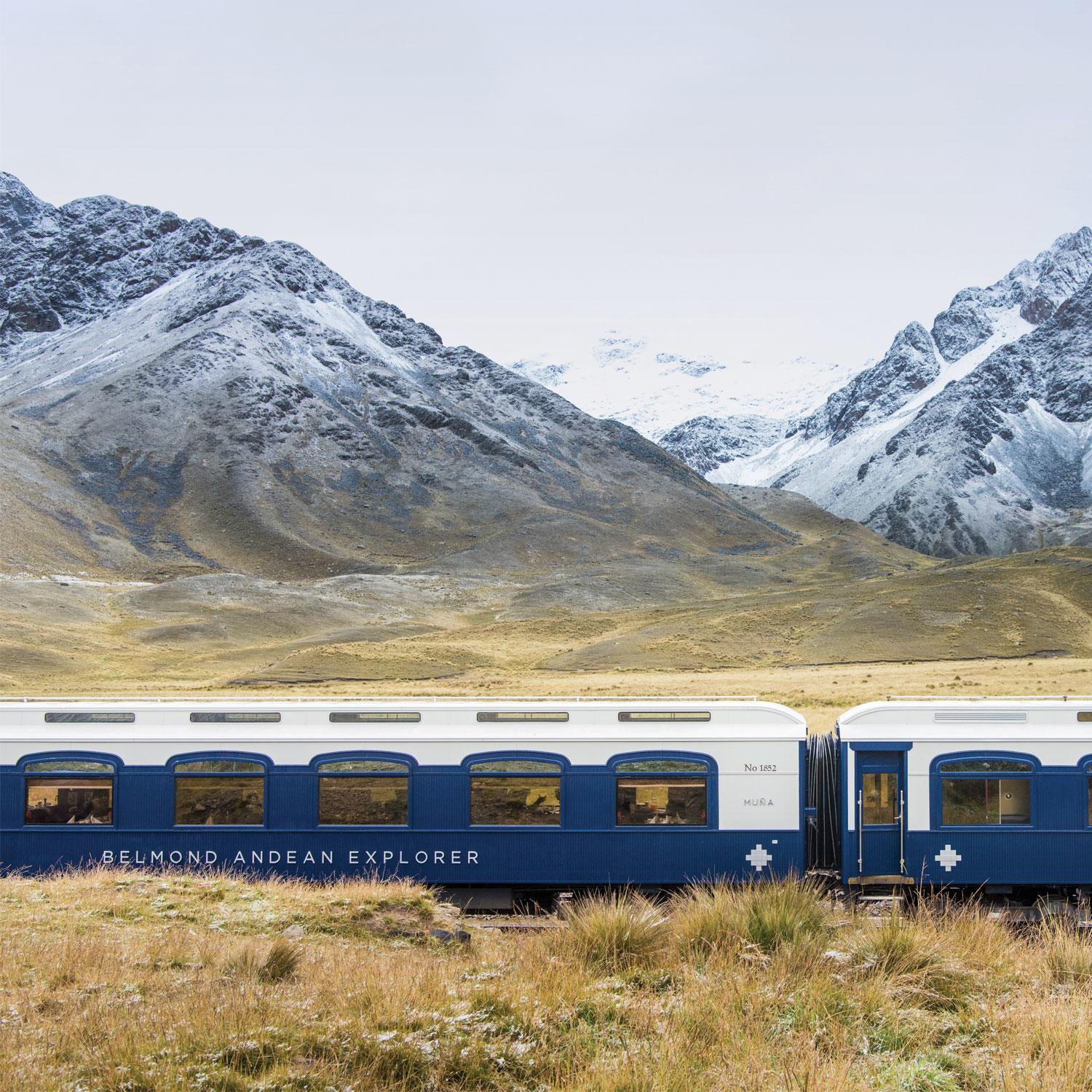 PHOTO: Belmond
Previous Next
1 OF 11

Newlyweds in search of a truly novel honeymoon should consider a romantic ride aboard South America’s first luxury sleeper train. While travel by rail was once considered slow and cumbersome, citizens the world over have recently rekindled their love for this nostalgic form of transportation. Introduced earlier this year, the Belmond Andean Explorer winds its way through the mesmerizing Andean plains of Peru, passing highlights such as Cusco, Lake Titicaca, and Colca Canyon. In addition to expertly appointed cabins, the 48-guest train features world-class amenities, including an indulgent spa, library, observation deck, and two elegant dining cars that serve authentic Peruvian cuisine using locally sourced ingredients.

INSIDER TIPThe train climbs an astonishing 16,000 feet, so fight off altitude sickness with a cup of muña tea made from a mint-like medicinal herb common to the region. 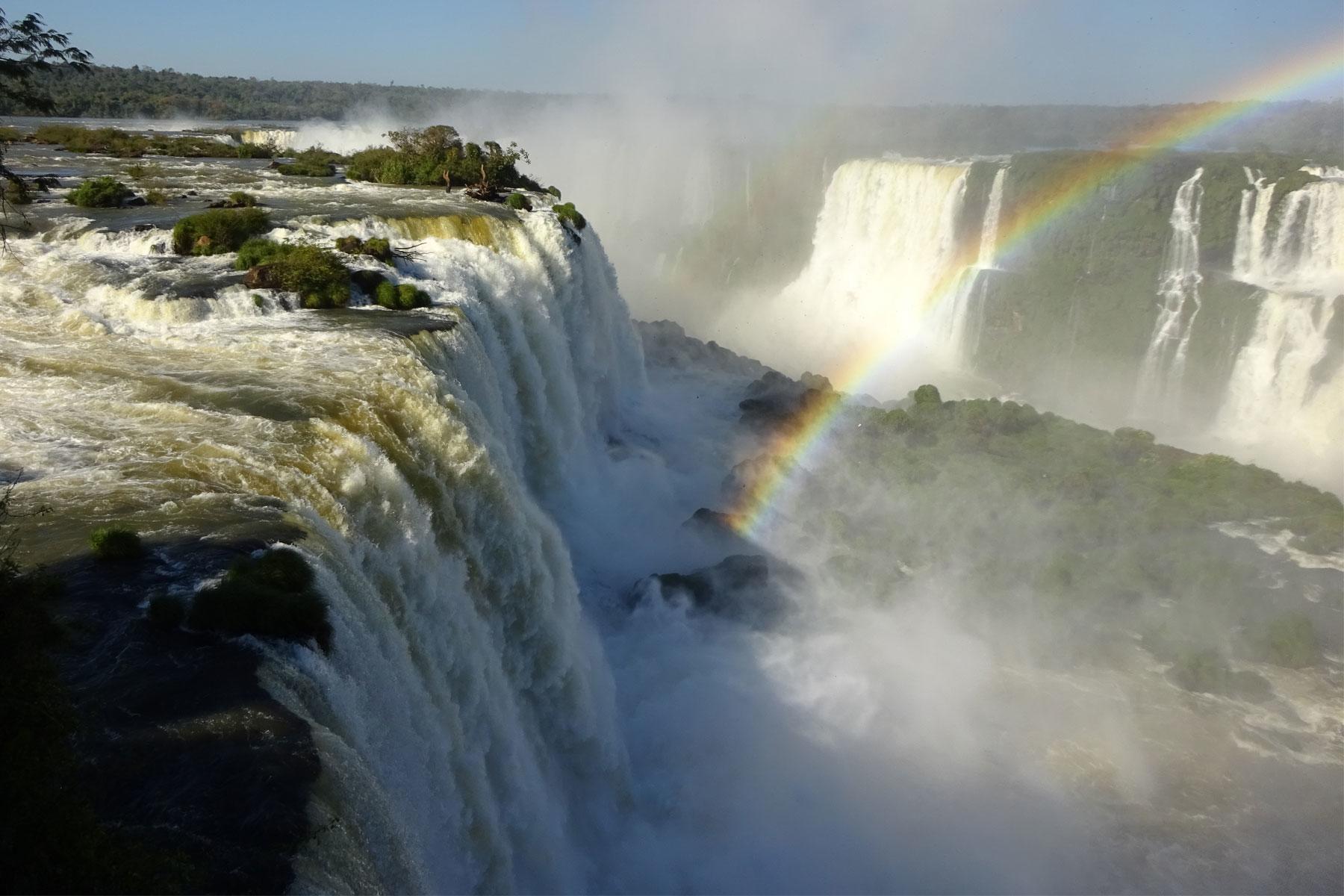 PHOTO: Courtesy of Blue Parallel
2 OF 11

Adventurous honeymooners looking to witness something truly breathtaking can’t miss Iguazú Falls. The world’s largest waterfall system is comprised of up to 350 individual cascades (depending on fluctuating water levels) and spans the border of Argentina and Brazil. The remarkable UNESCO World Heritage Site draws more than one million visitors each year. Blue Parallel specializes in private adventures throughout Latin America, including a five-night luxury tour of Iguazú that kicks off in Rio de Janeiro and culminates with an enthralling visit to the falls. Expect lavish hotels and adrenaline-fueled activities like mountain biking through sub-tropical jungles, river kayaking, and an exhilarating helicopter tour replete with aerial views of the rushing waterfalls below.

INSIDER TIPThe Argentine side is known for its intimate vistas (prepare to get wet) while the Brazilian portion is revered for its sweeping panoramic outlooks. 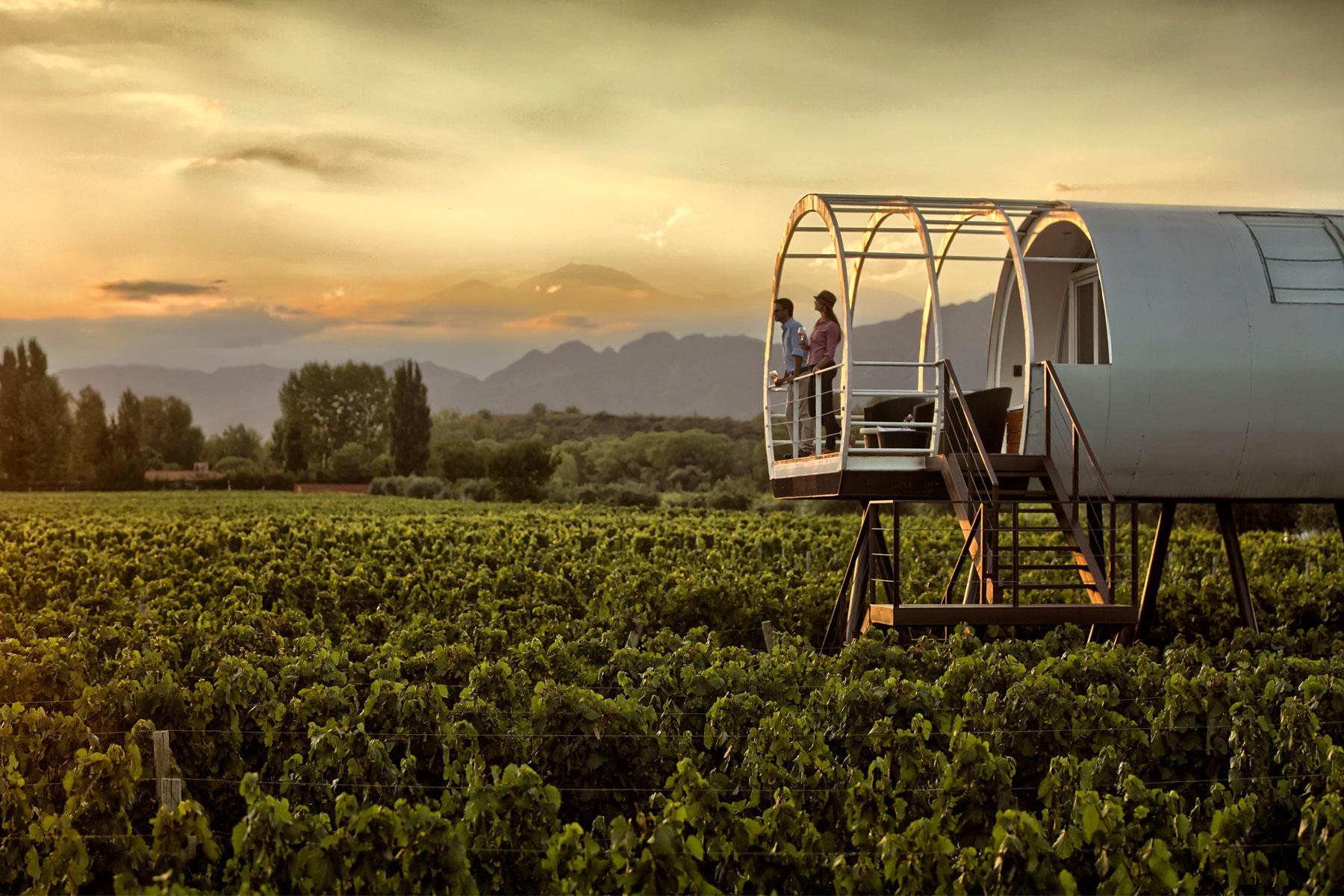 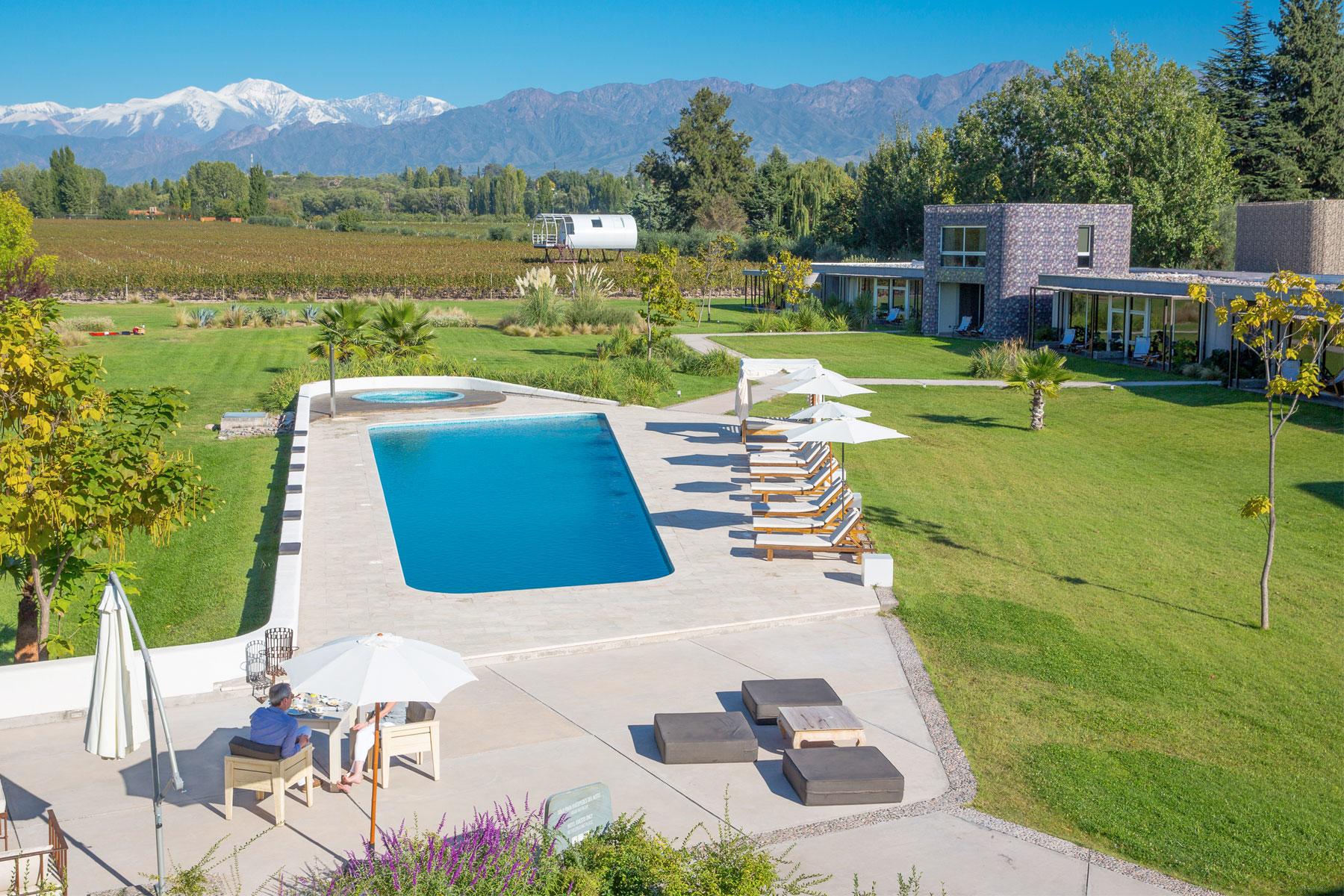 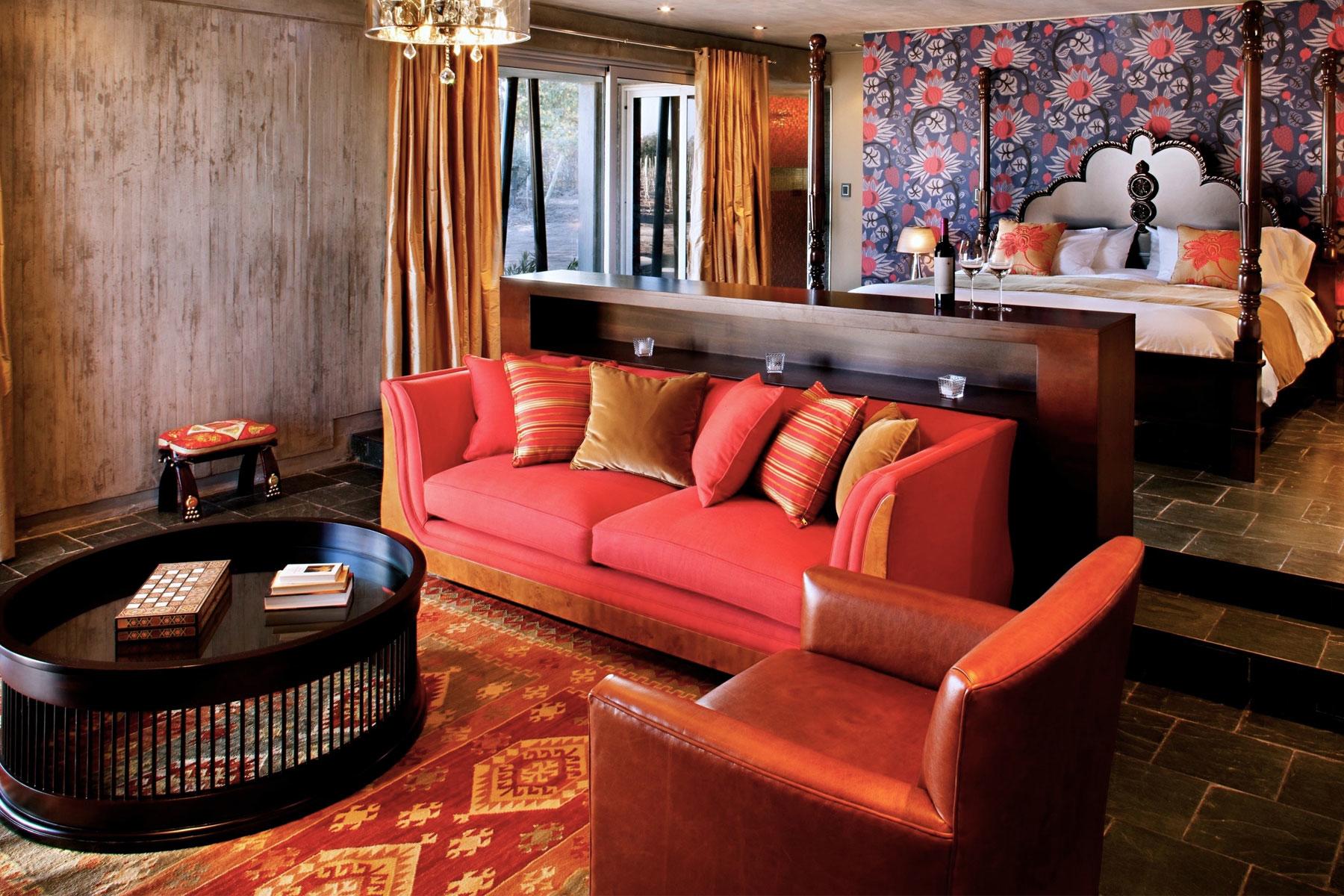 The vibrant city of Mendoza is a destination beloved by oenophiles across the globe. Home to Argentina’s bustling wine country, it beckons travelers on the hunt for gourmet gastronomy and verdant vineyards. It’s known for its production of red wine—especially Malbec—and its magical landscape sits at the foothills of the Andes Mountains. Check into Entre Cielos Luxury Wine Hotel and Spa, nestled in the heart of Lujan de Cuyo, one of Mendoza’s premier winemaking regions. Treat yourself to a few nights in the Limited Edition Vineyard Loft, a futuristic, tubular suite perched above the vines below. If logistics aren’t your strong suit, contact a local travel company like Say Hueque Argentina & Chile Journeys to plan the perfect getaway.

INSIDER TIPAlthough you can visit year-round, the harvest season (or vendimia) takes place in March. 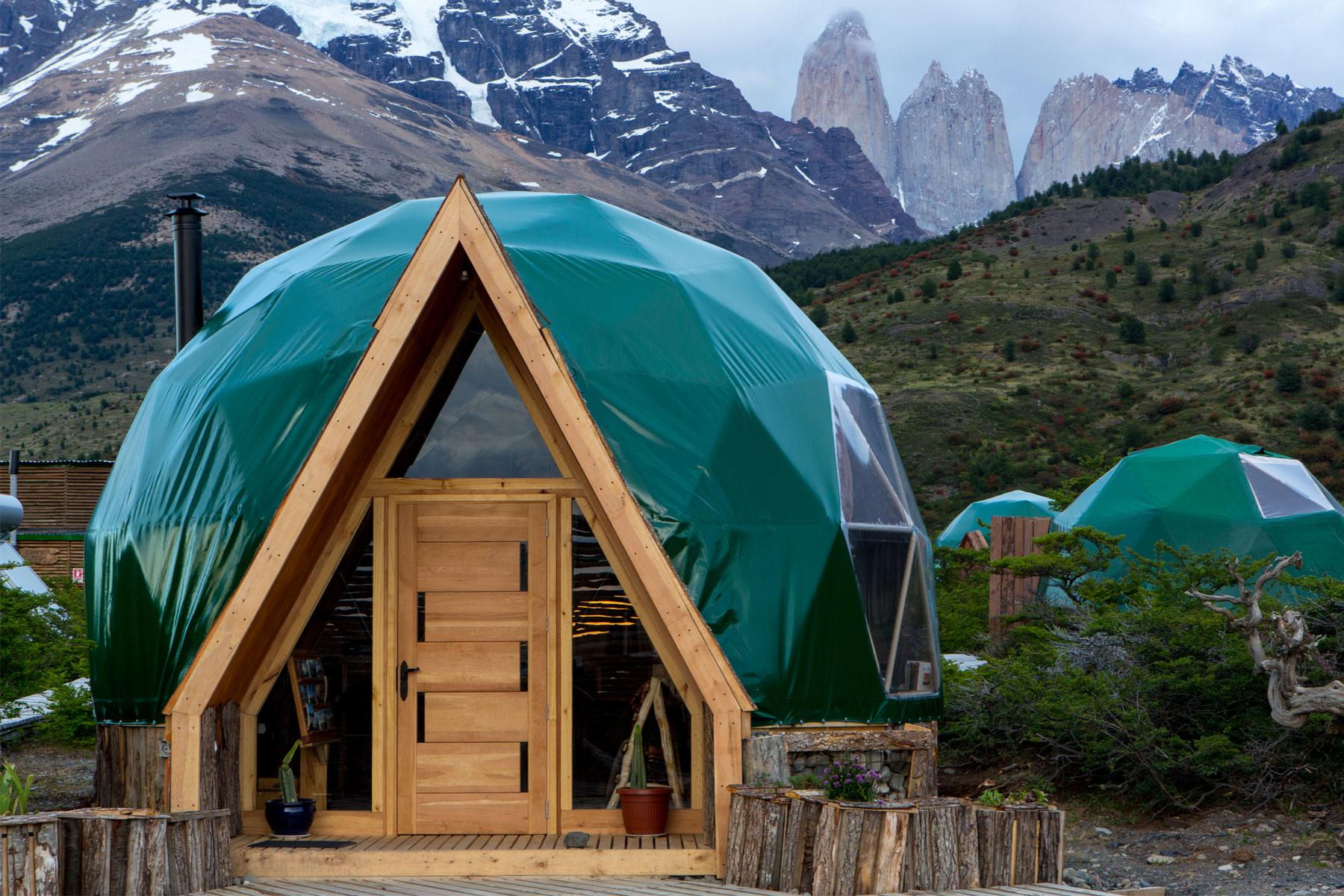 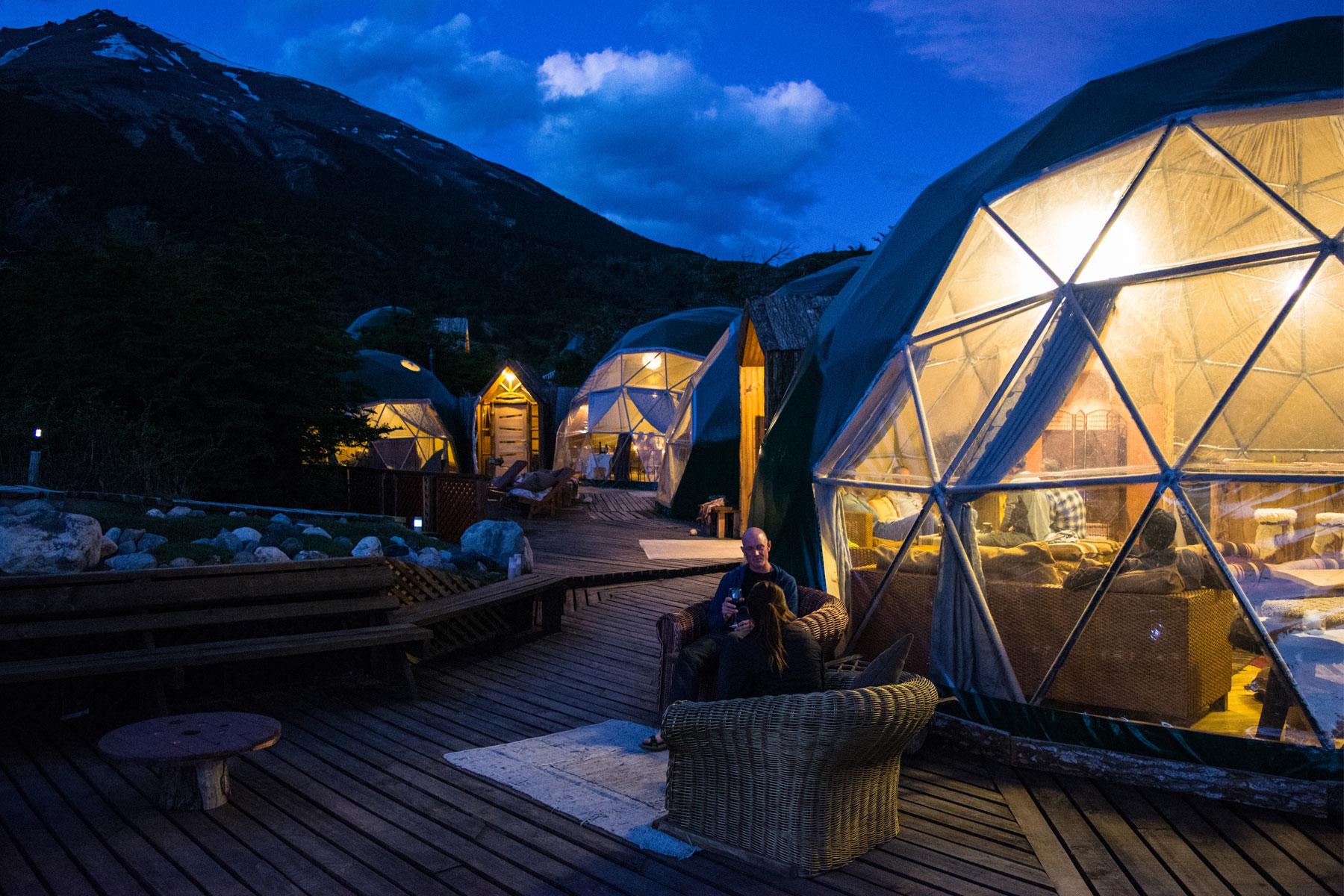 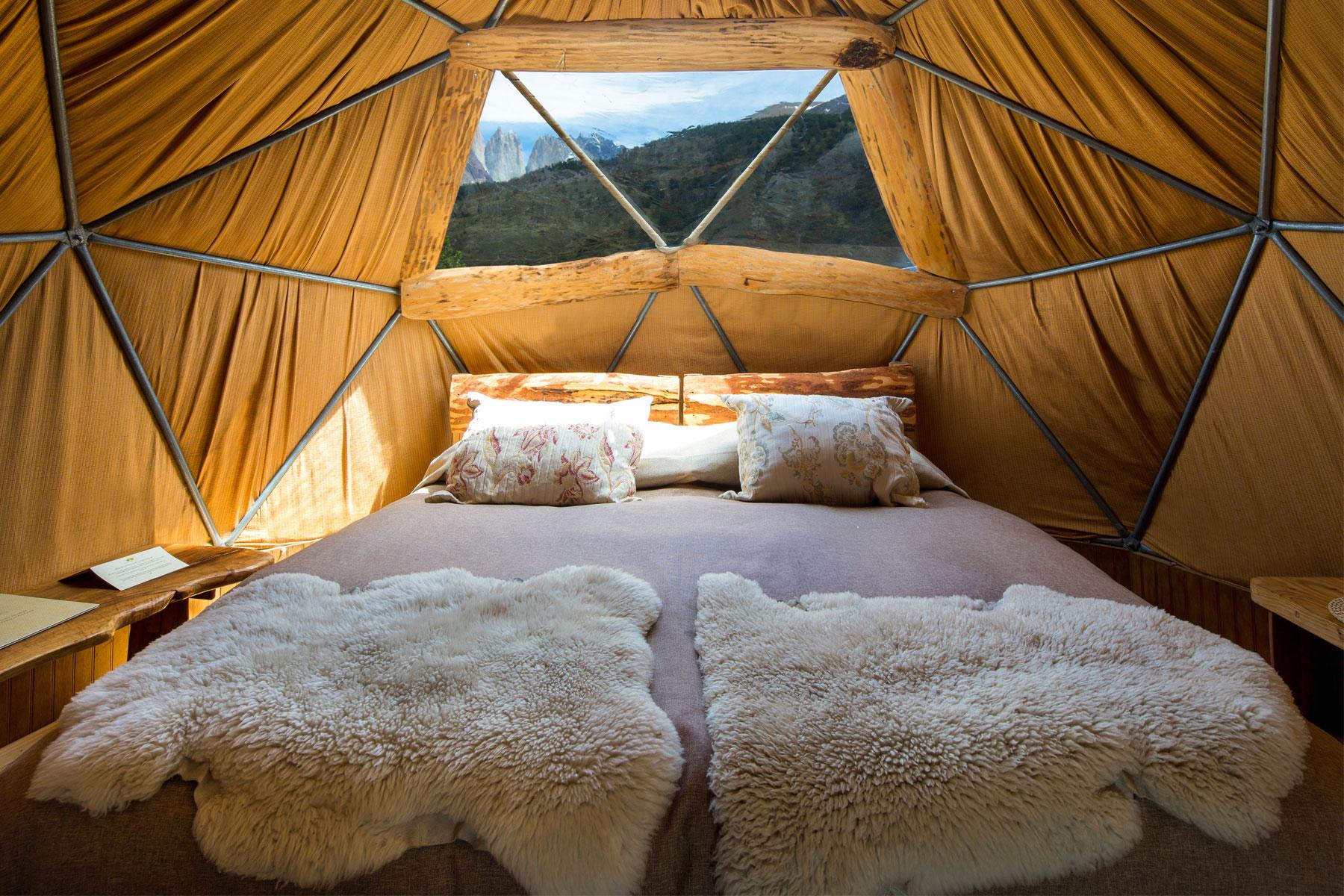 PHOTO: Cascada Expediciones
Previous Next
4 OF 11

Sleep Beneath the Stars in Patagonia

Torres del Paine National Park lays at the Southern tip of the Andes in Chilean Patagonia, and is one of those destinations you simply have to see to believe. The region is brimming with natural wonders and encompasses towering forests, glistening glaciers, sparkling lakes, and a diverse array of wildlife. 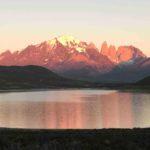 EcoCamp Patagonia is consistently ranked amongst the best hotels in the world, and for good reason. As the first fully sustainable hotel in the area, EcoCamp offers a range of geodesic domes replete with transparent ceilings that allow guests to fall asleep beneath the star-filled sky. There is also a Yoga Dome, opened last year, as well as four interconnected Community Domes where you can wine and dine.

INSIDER TIPThe EcoCamp team also offers guided tours and expeditions throughout Torres del Paine so you can make the most of your honeymoon. 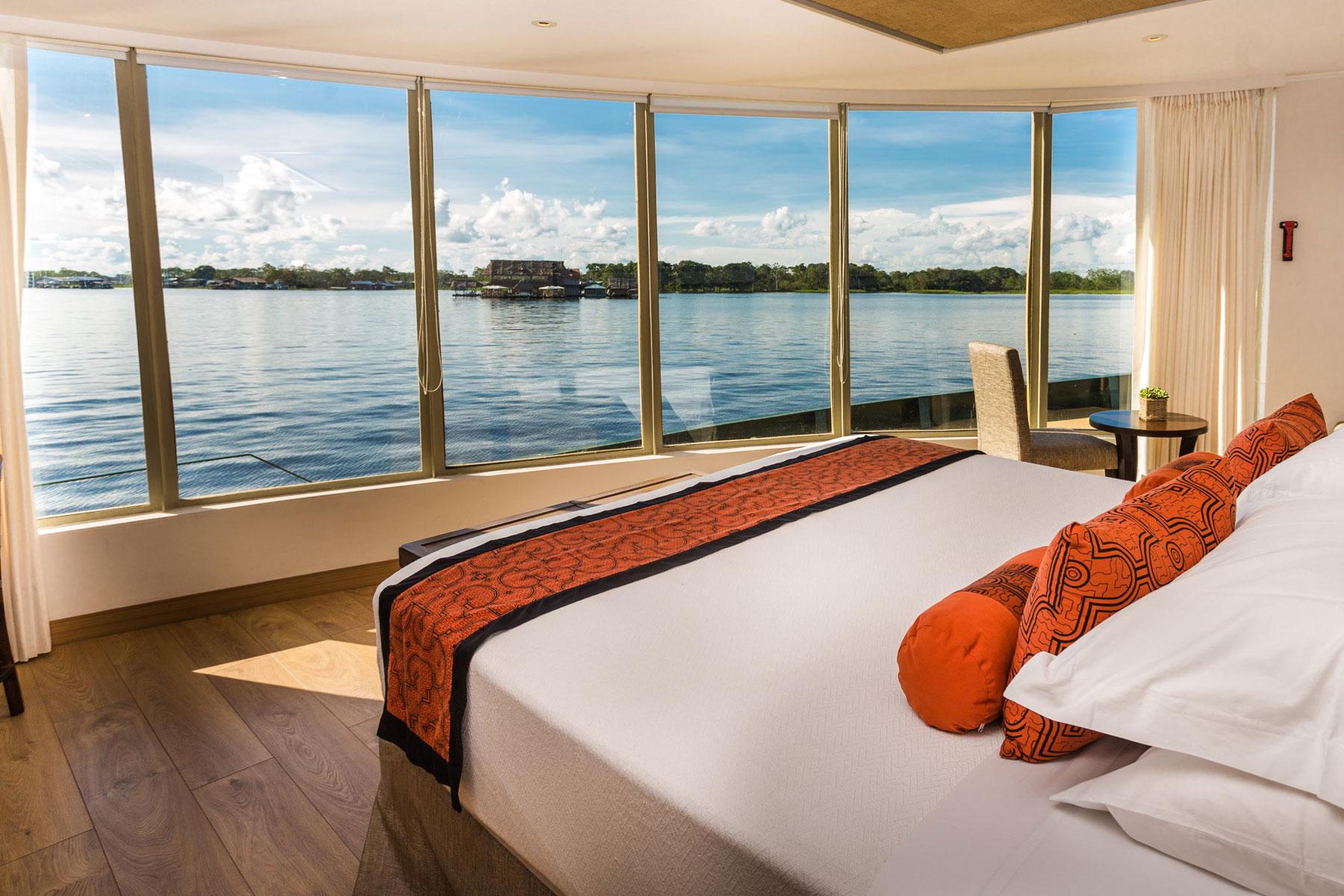 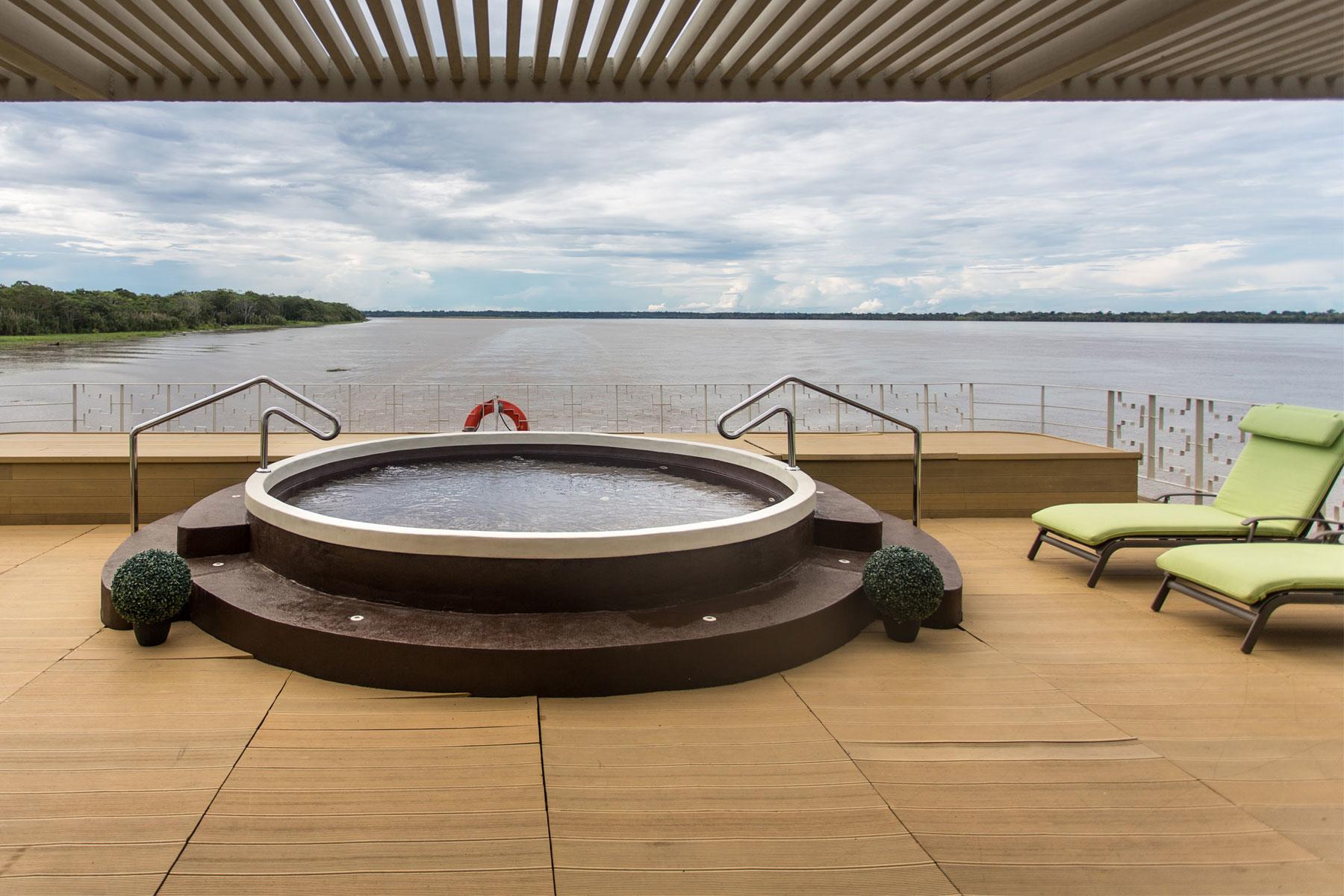 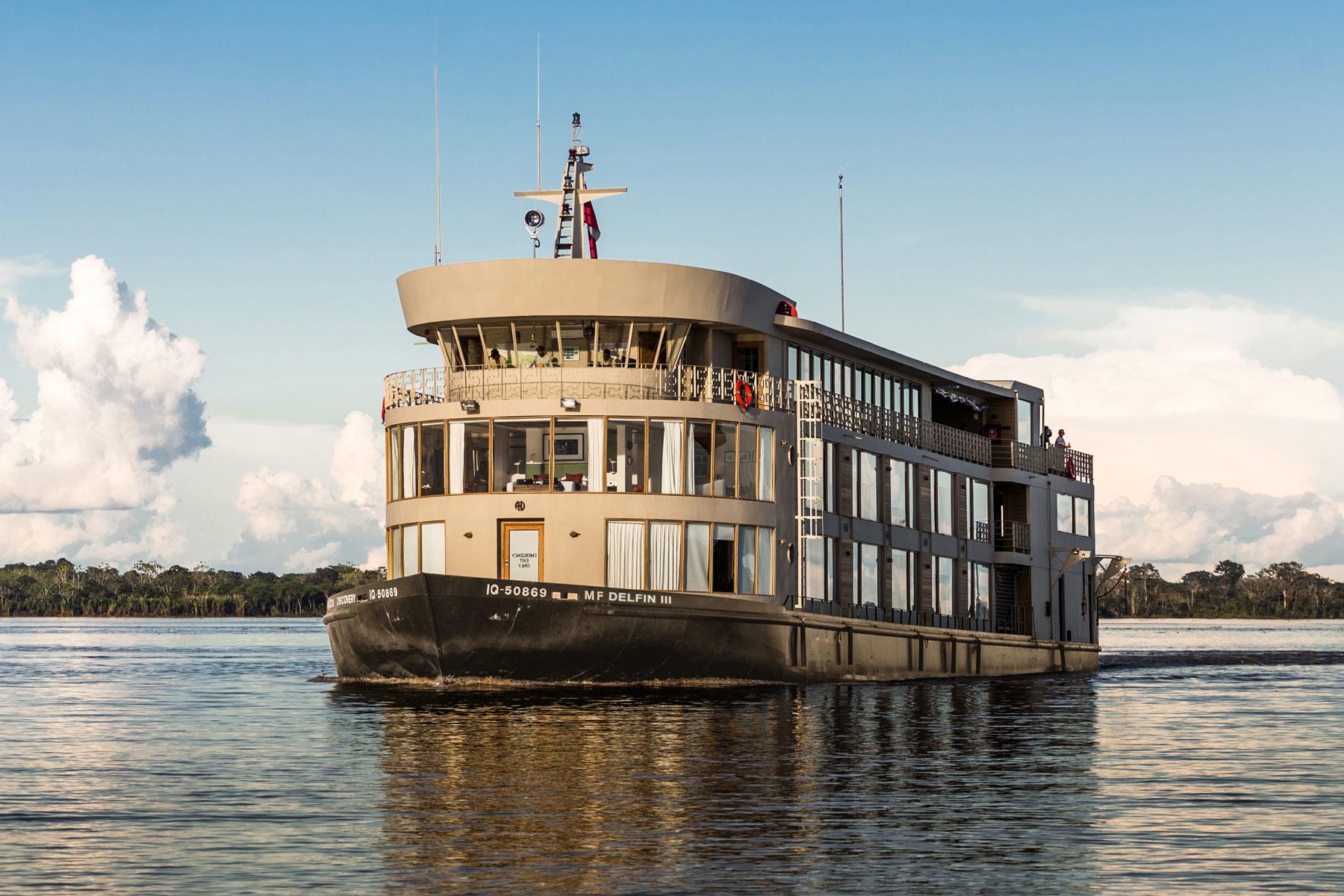 WHERE: The Peruvian Amazon

Cruises can get a bad rap, but Delfin Amazon Cruises is here to change that. Set sail aboard their newest vessel, the Delfin III, which features 22 cabins with a capacity of 43 guests. Spend your days sailing the Peruvian Amazon and enjoying impressive amenities, such as the Rainforest Spa, state-of-the-art gym, open-air sun deck, and Andes Dining Room with dishes inspired by the flavors of the Amazon. The ship is also decked out with thoughtful design details like hardwood floors, designer furniture, and handmade artifacts. For a lavish escape, book the Owner’s Suite, which boasts the best views thanks to 180-degree, floor-to-ceiling windows.

INSIDER TIPOutdoorsy couples will relish the various shore excursions, while those looking for a more laid-back experience can partake in cultural activities onboard like Peruvian cooking classes in the Canopy Lounge. 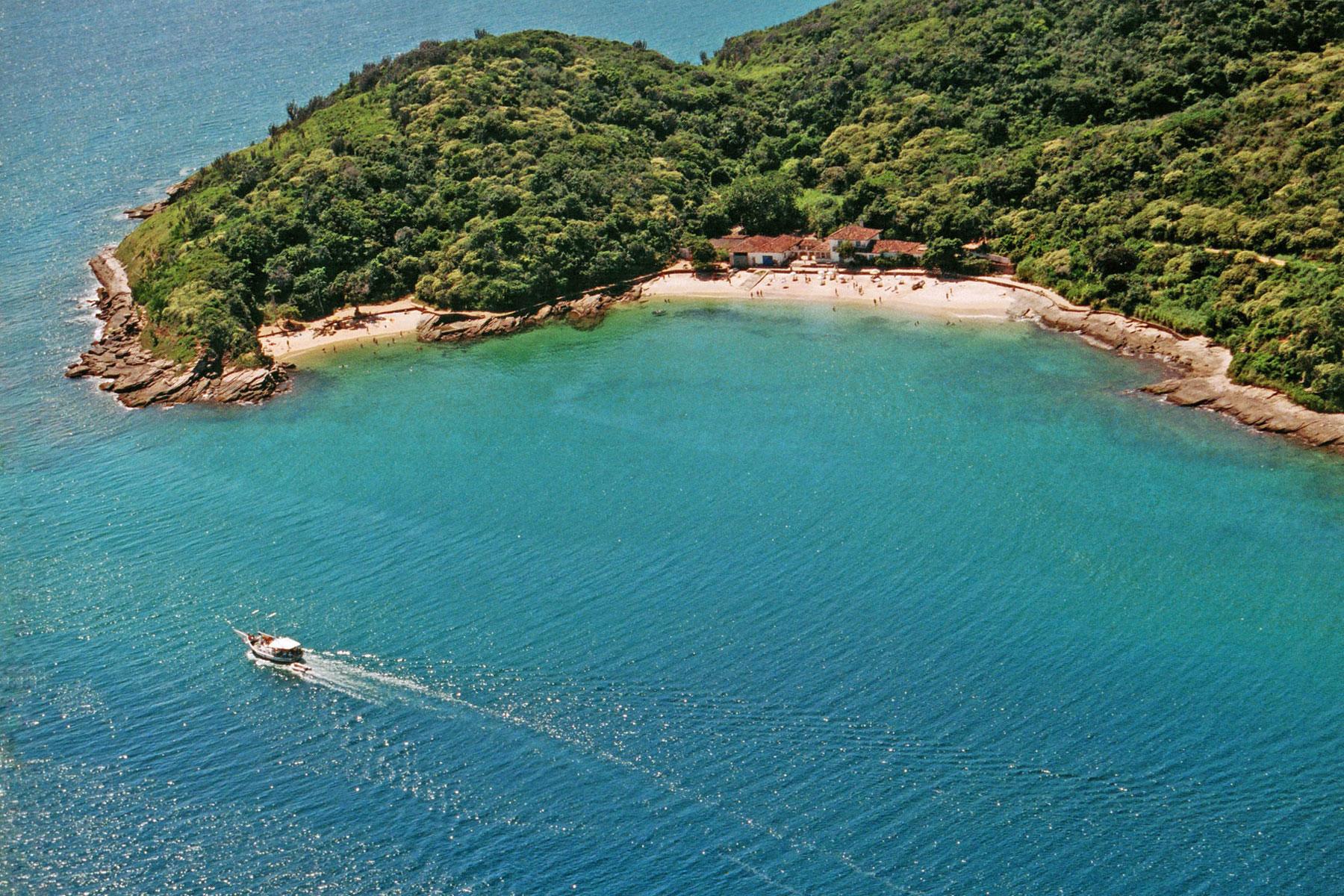 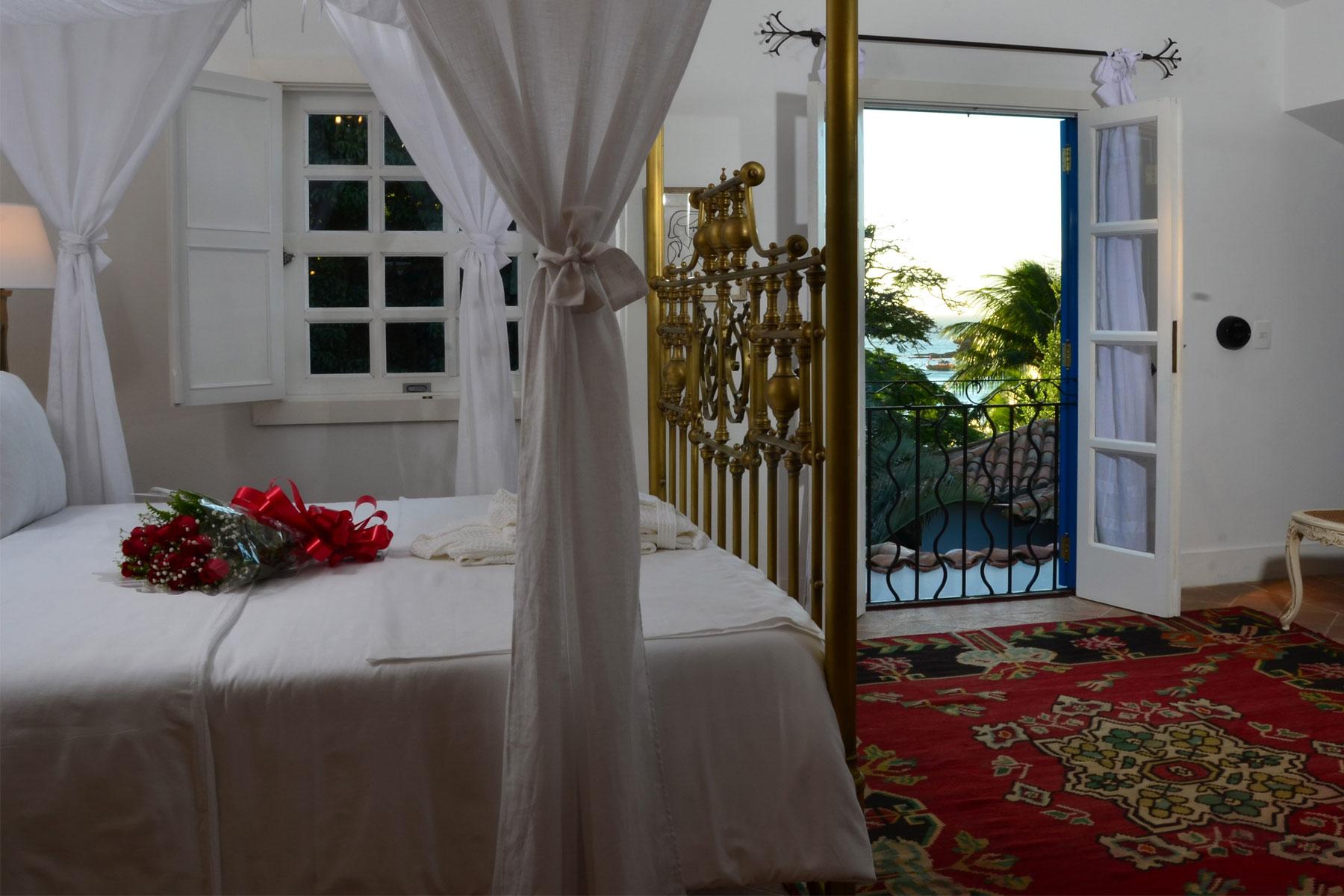 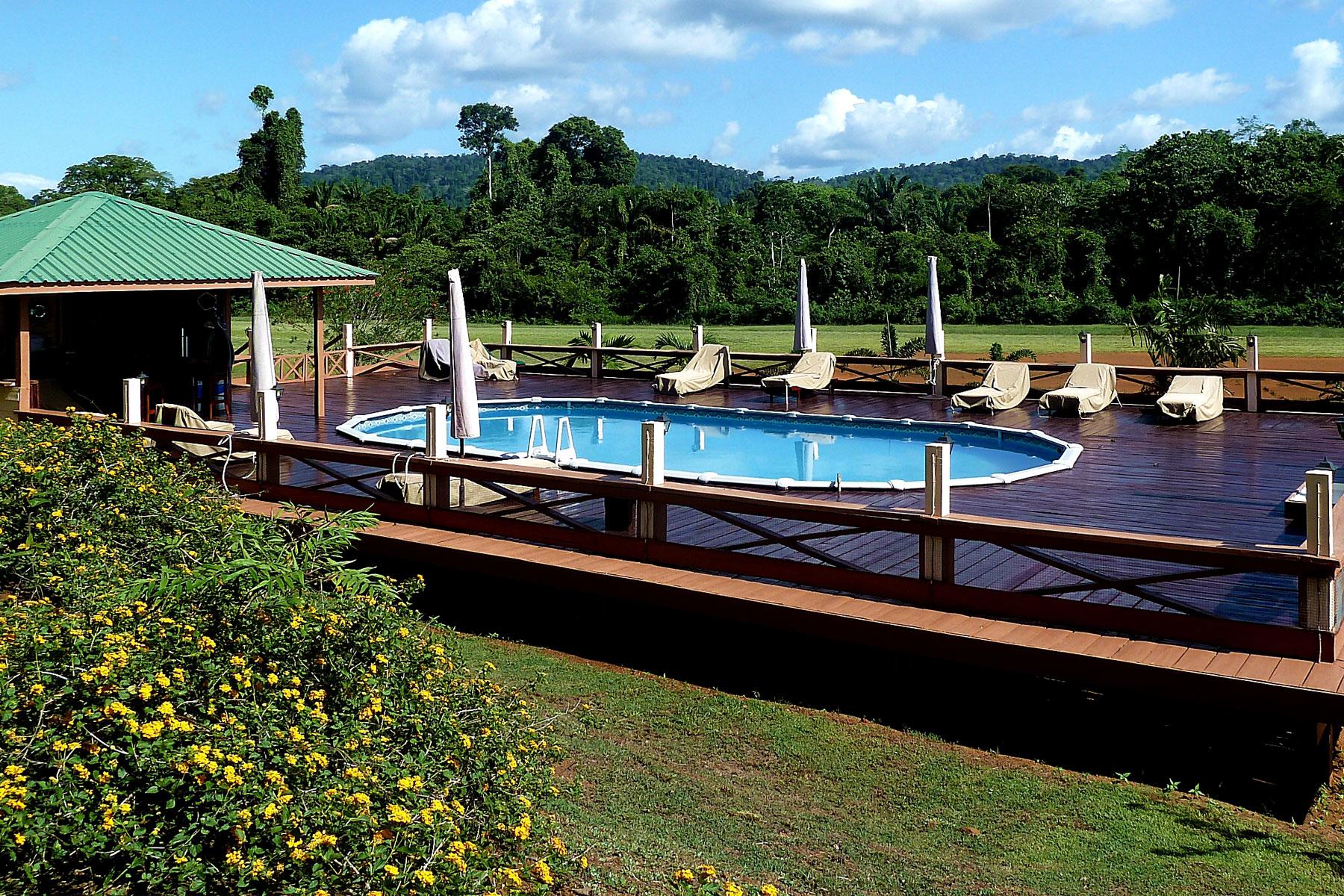 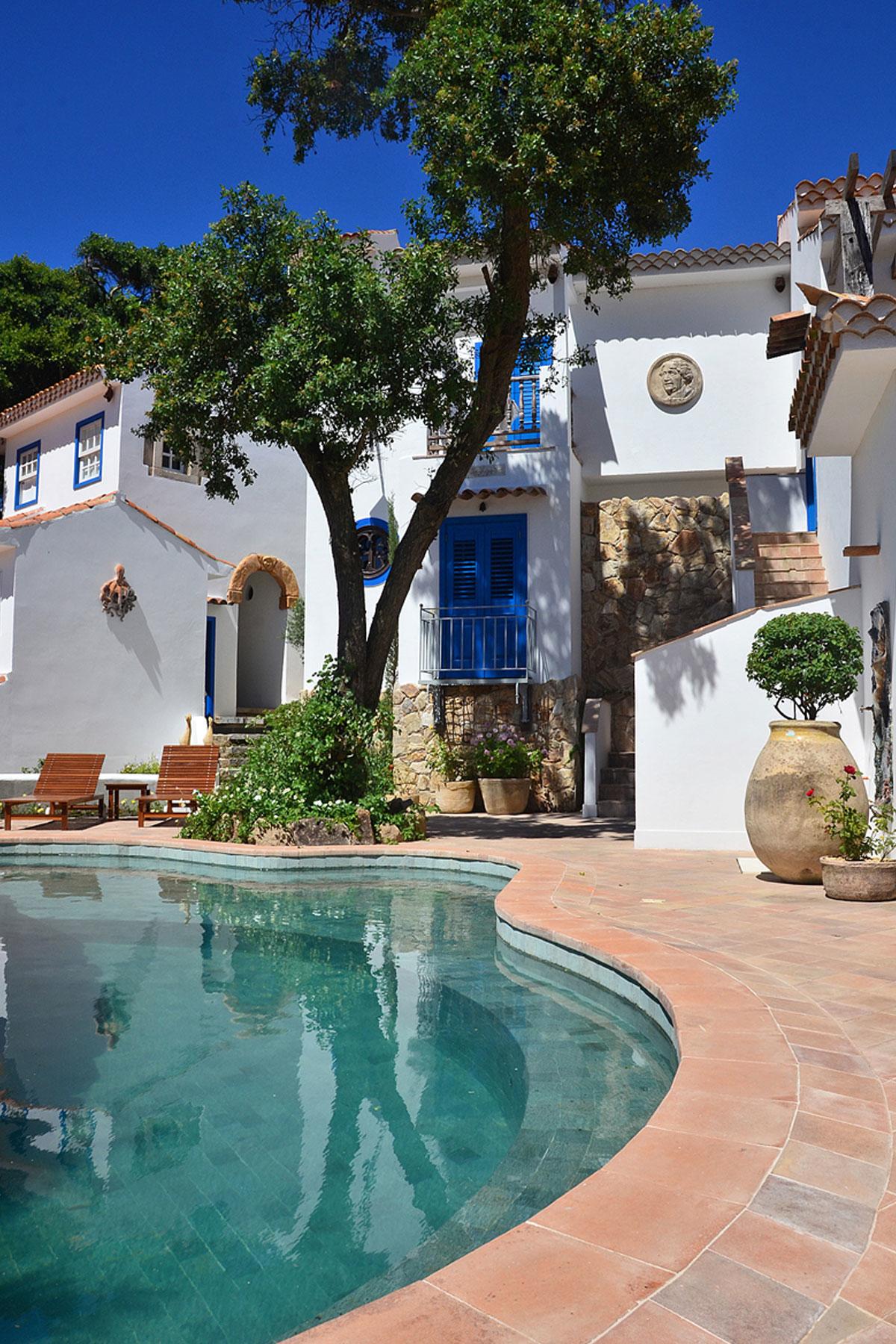 The ever-charming Vila da Santa is one of the area’s newest boutique hotels on Praia dos Ossos (Bones Beach). Each of the 19 rooms has a unique aesthetic, blending French and Mediterranean touches, while the five-suite Secret House is outfitted with luxurious comforts and European antiques. Meditation classes, golf outings, and private boat tours are also worth exploring.

INSIDER TIPAsk the culinary team to curate a customized dinner menu on the Secret House’s private balcony, which overlooks the magnificent nightly sunsets. 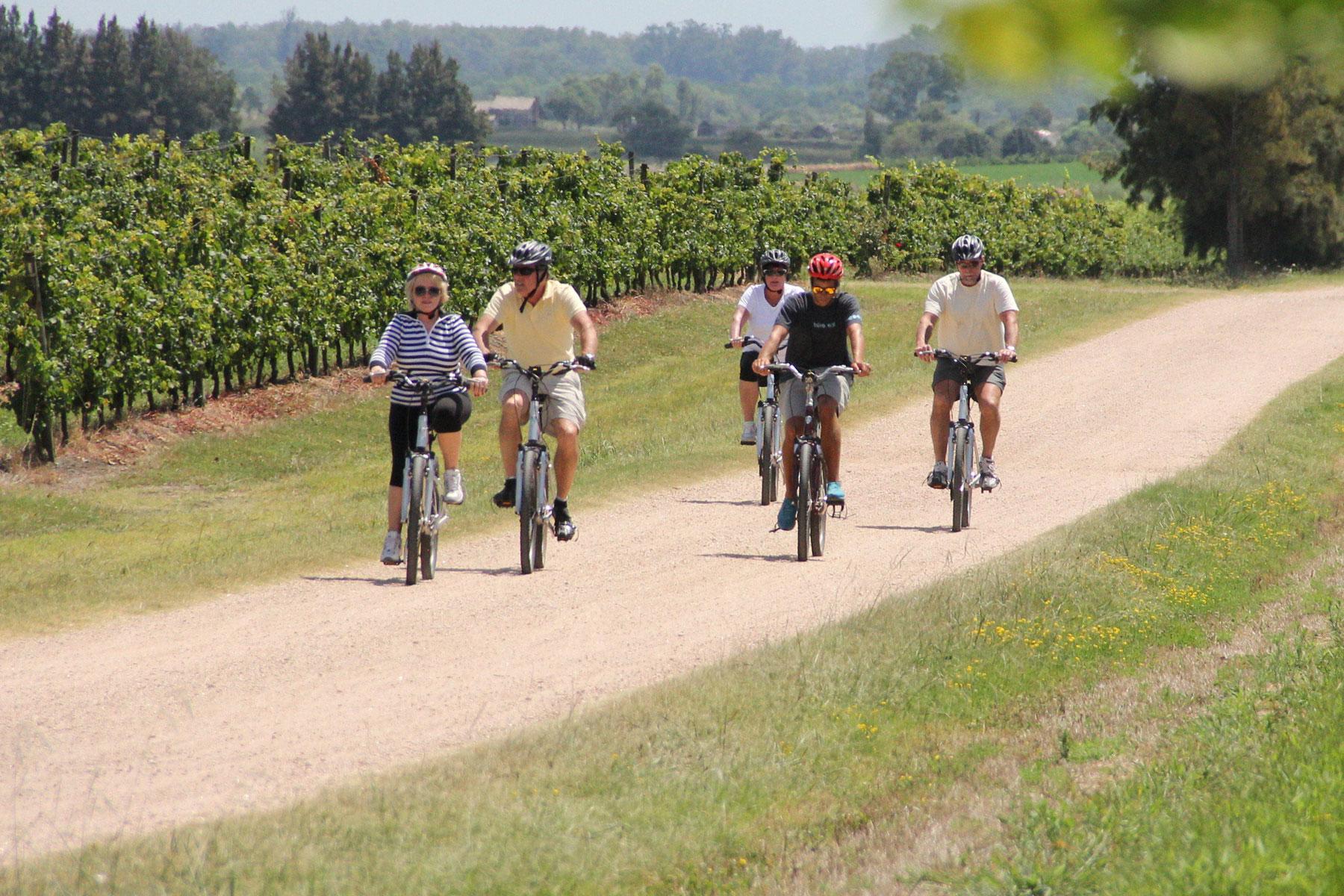 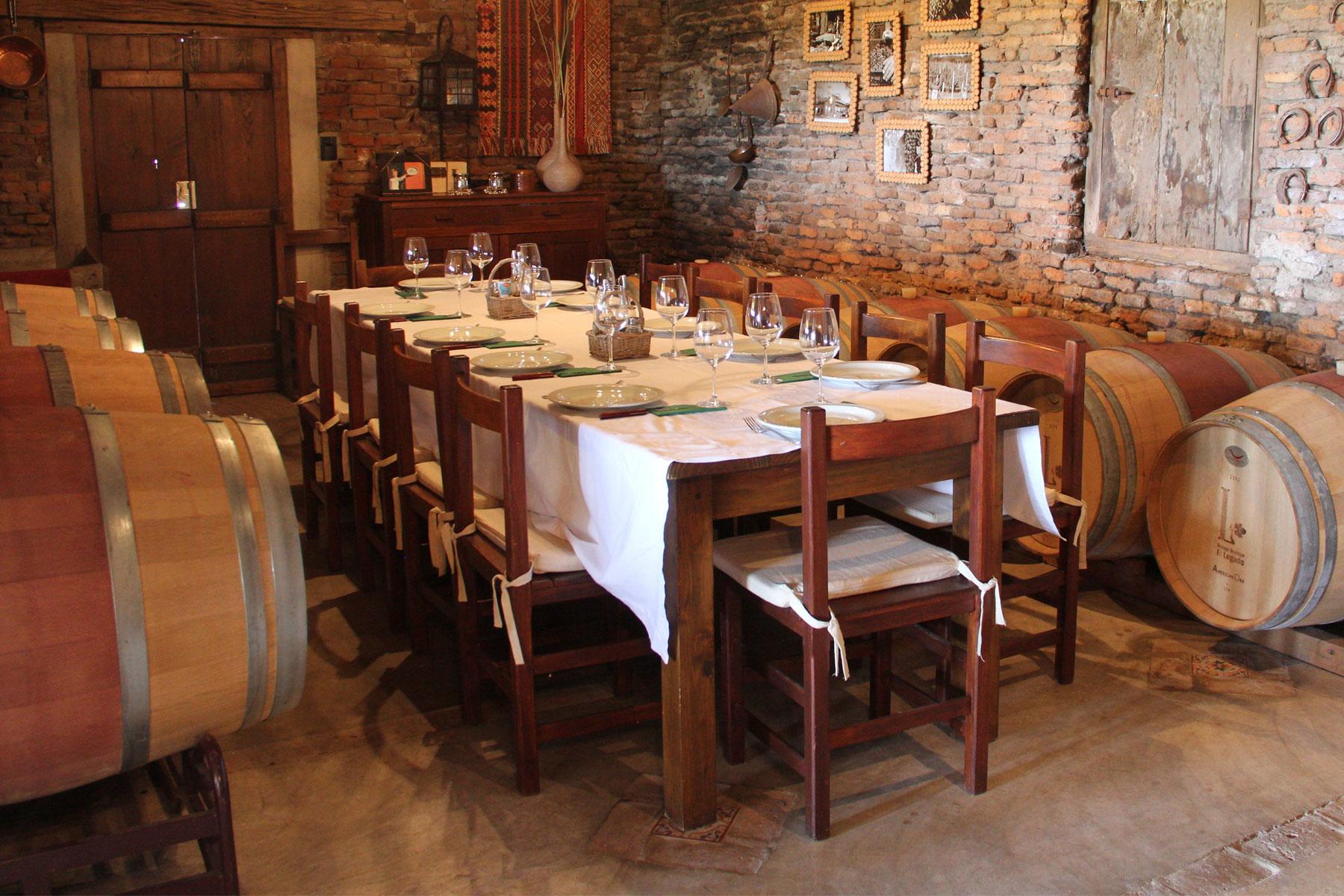 If sitting on a beach for a week isn’t exactly your style, consider an adventure that’s sure to get your blood pumping, such as discovering the raw landscapes of the Uruguayan frontier with DuVine Cycling + Adventure Co. Their award-winning Uruguay Golden Riviera Bike Tour traces through the country’s most treasured destinations, including Colonia del Sacramento, Carmelo, Montevideo, Punta del Este, José Ignacio, and more. The seven-day itinerary will introduce travelers to local culture through authentic experiences, such as tango dancing in the Fundación Pablo Atchugarry Sculpture Park, and culinary traditions, like an asado tasting at the Garzón Lagoon. You’ll also sleep soundly in the region’s best hotels, including Narbona Wine Lodge, Sofitel Montevideo, and Estancia Vik.

INSIDER TIPNo bike tour would be complete without pedaling through the area’s famed vineyards and sipping their celebrated Tannat red wines. 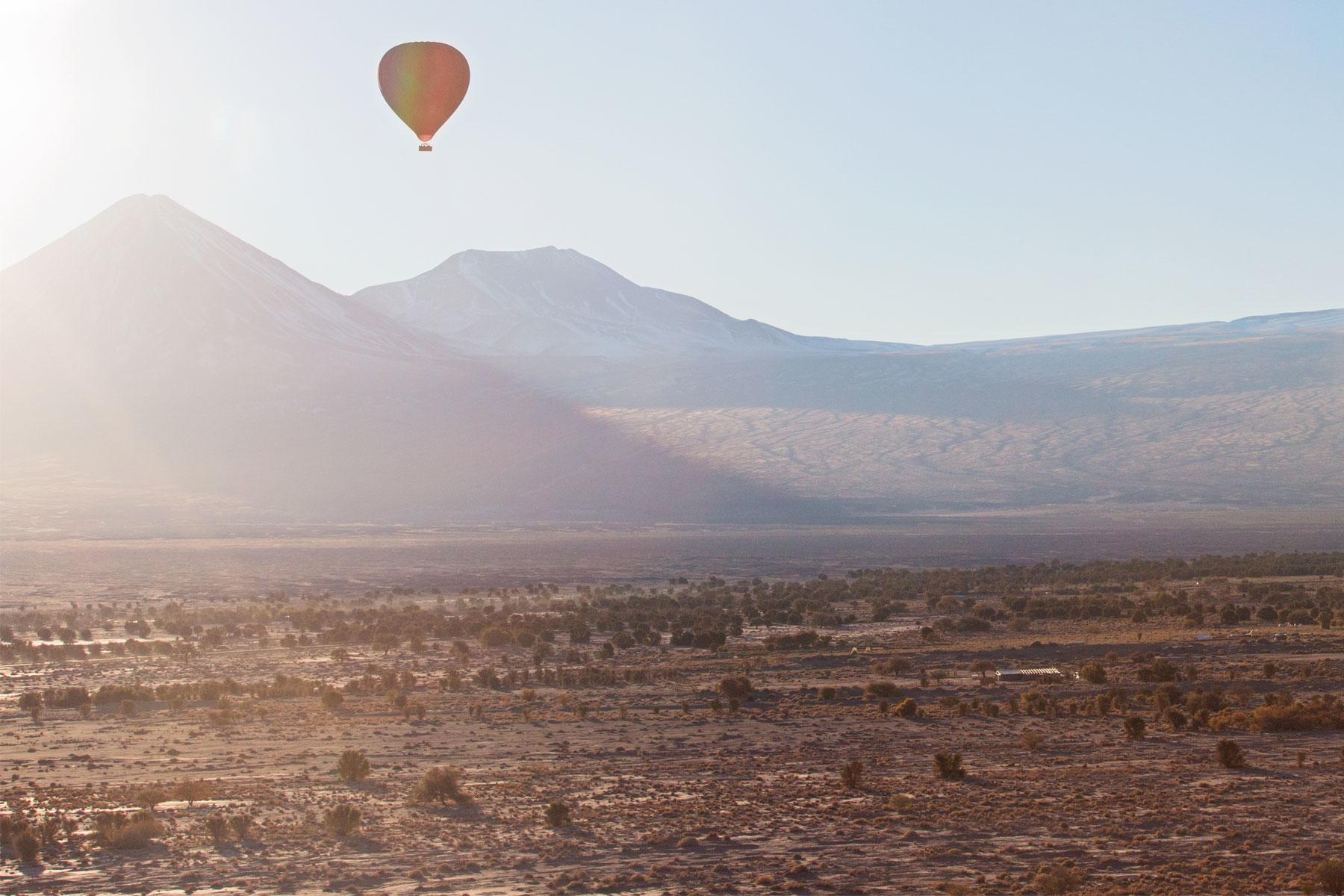 When people plan their perfect honeymoon, chances are the desert isn’t atop their list of dream destinations— never mind the driest desert on earth. But the ancient trading town of San Pedro Atacama is worth the trip for anyone seeking a one-of-a-kind experience. The arid high plateau is literally an oasis, with sprawling salt flats, expansive lagoons, and active geysers.

Newlyweds planning to visit this wondrous landscape need not look any further than Awasi Atacama. The five-star Relais & Châteaux property consists of just 10 rooms, each appointed with a private guide and 4WD, allowing guests to freely explore to their hearts’ content. When not savoring Chef Juan Pablo Mardones’ sophisticated Chilean fare, embark on unforgettable jaunts, such as trekking alongside the Licancabur volcano, or taking to the skies—Awasi’s attentive staff will be happy to arrange a private hot air balloon tour with a local provider. Plan to visit the ALMA Observatory for some of the best stargazing in the world. 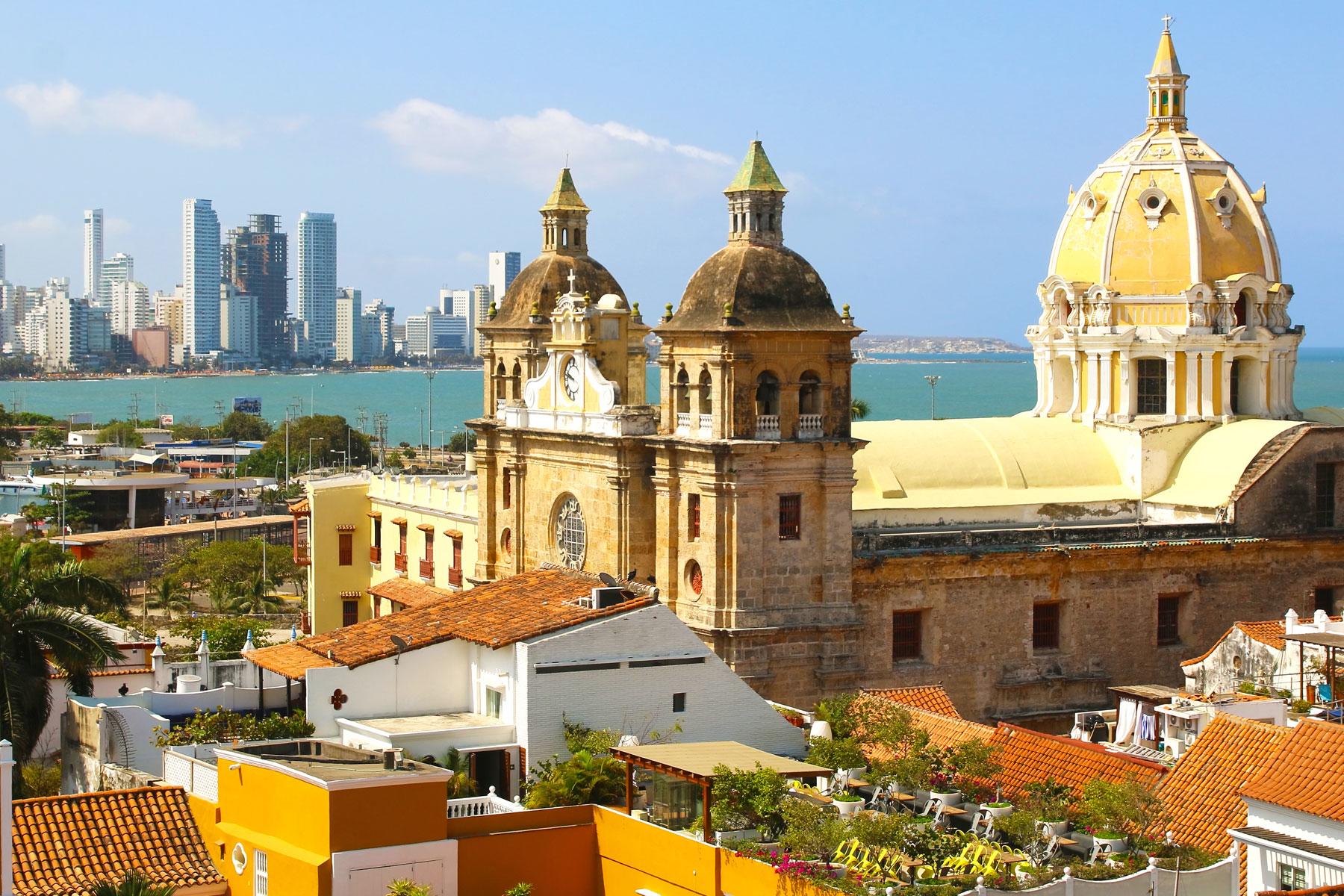 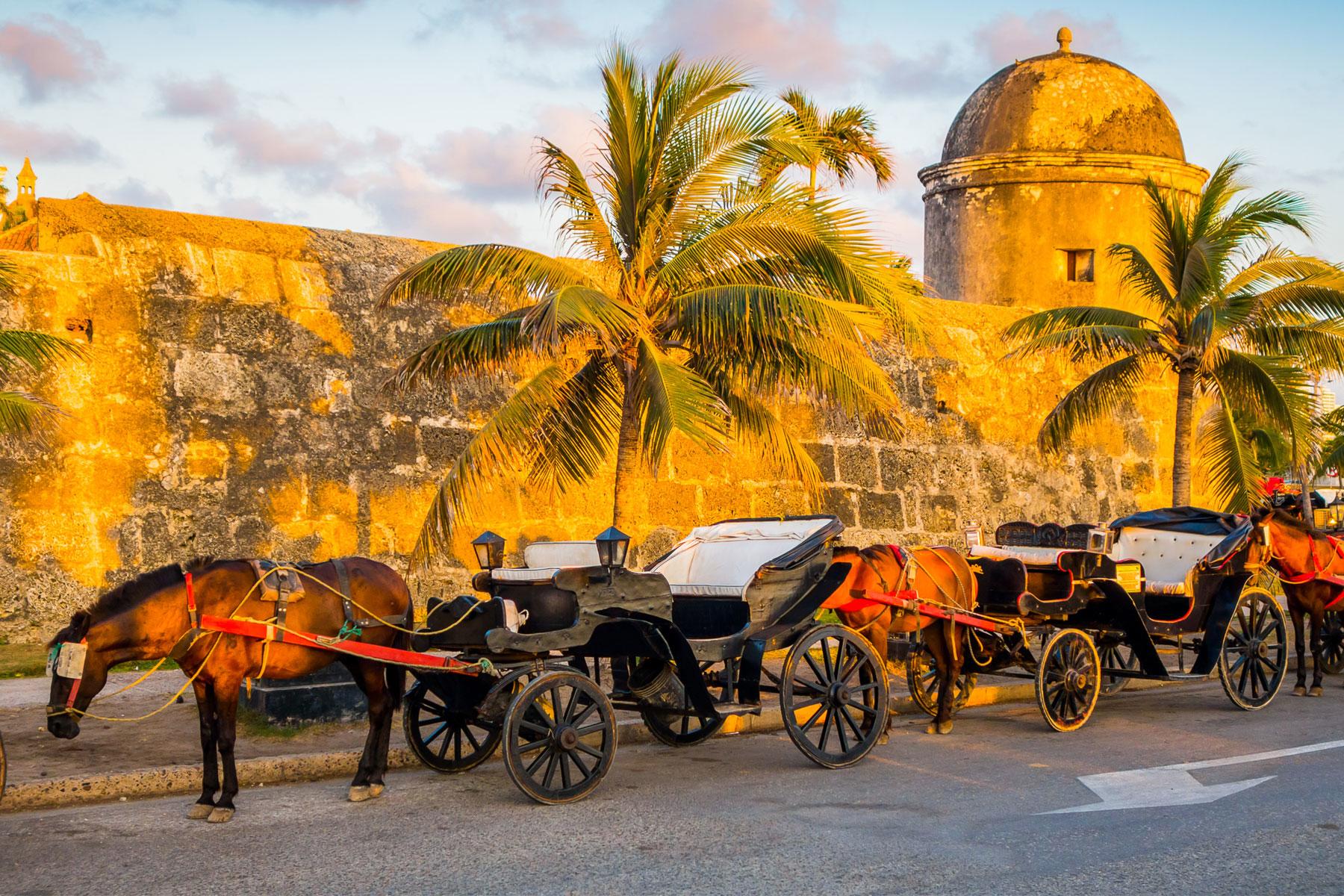 PHOTO: Pxhidalgo | Dreamstime.com
Previous Next
9 OF 11

Colombia’s Caribbean coast is a popular backdrop for honeymooners, and Cartagena de Indias is its crown jewel. The windswept coastal city is the epitome of romance, with stunning colonial architecture, dreamy white sand beaches, and narrow cobbled streets. The walled city is one of the safest in the entire country and offers plenty to do throughout the days and evenings, making the entire city feel like an open-air museum just waiting to be explored. Sail the Caribbean Sea by private charter boat, where you can venture to colorful sites including The Islas de Rosario and San Bernardo Archipelago, home to Cartagena’s best beaches. Keep your eyes peeled for dolphin sightings along the way.

INSIDER TIPEnsure your boat charter offers lunch, which will typically include a plate full of fresh seafood and Colombian cuisine. 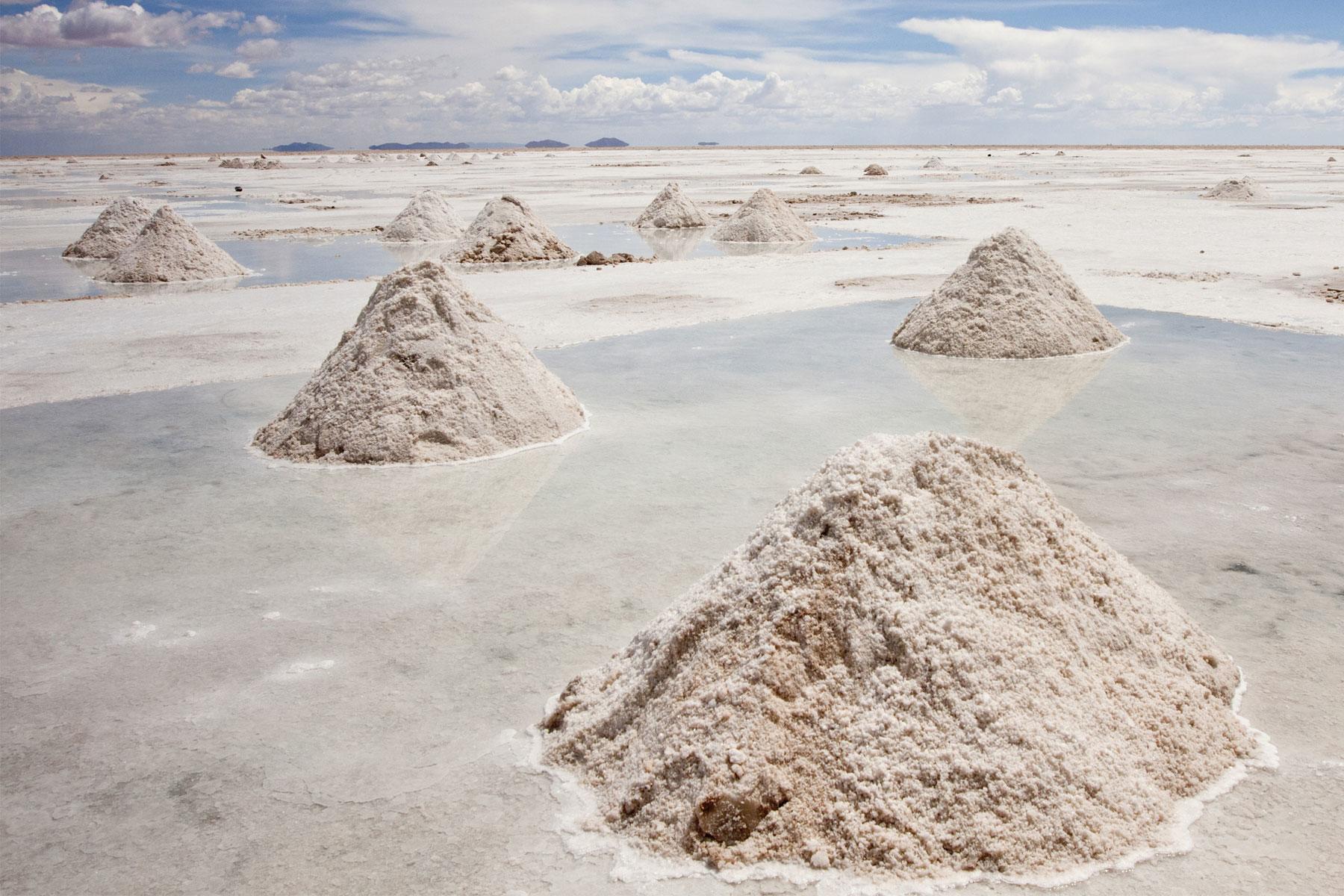 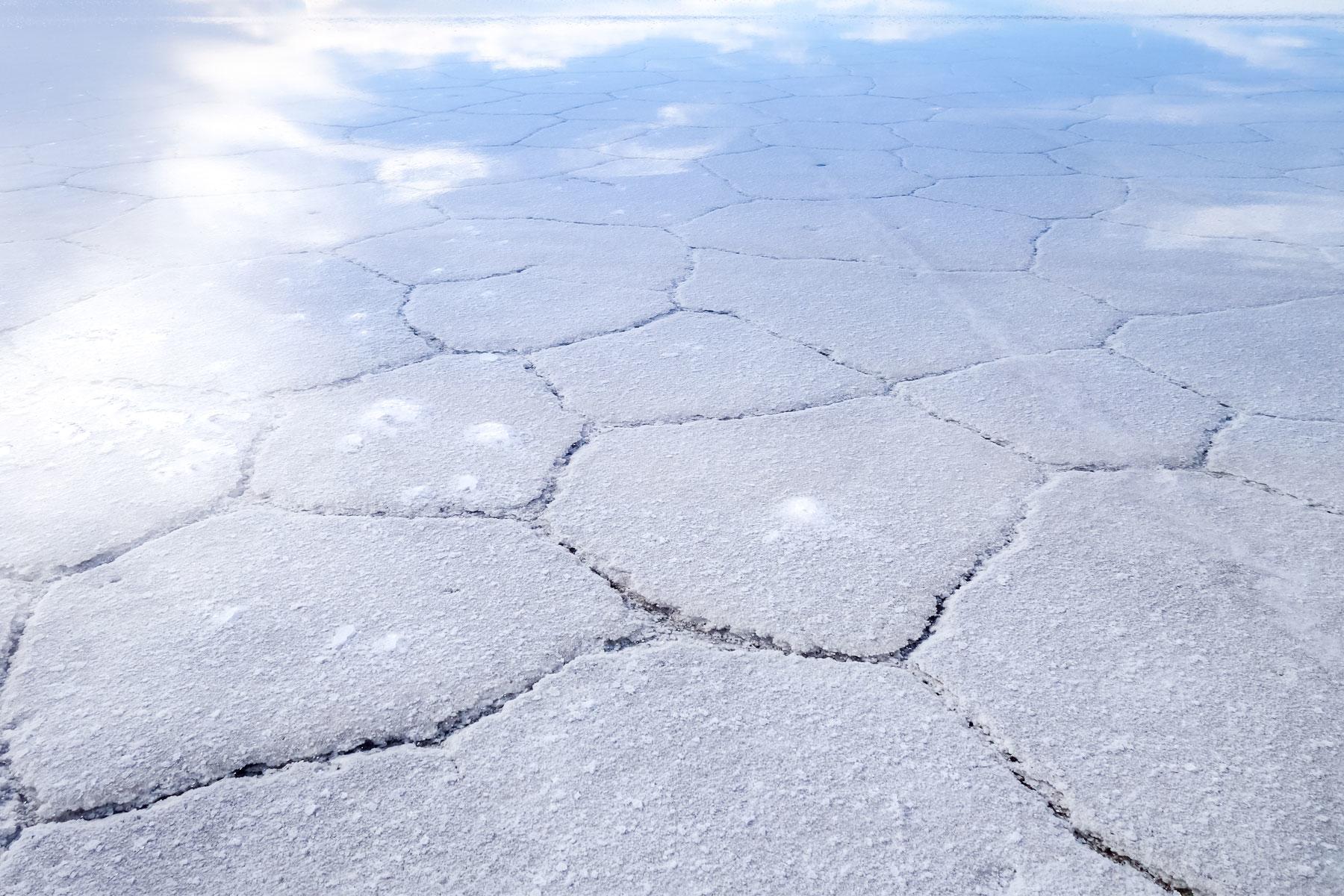 PHOTO: Daboost | Dreamstime.com
Previous Next
10 OF 11

One look at shimmering Salar de Uyuni, and you’ll think you’re gazing upon a far-flung planet from a science fiction movie. Today, Uyuni is the world’s largest salt flat and was formed after a prehistoric lake went bone-dry. The landscape stretches as far as the eye can see, and is speckled with fluorescent-colored mineral lakes, towering salt piles, and volcanic springs.

Although it seems entirely otherworldly, some clues remind visitors they’re still on earth, such as wild cacti and flocks of pink flamingos. During the rainy season (November to March) the flats collect a layer of water that creates a mirrored effect, reflecting the sky and producing a mind-bending illusion. In the dry season (April to October), the salts crack and sparkle for an equally mystical result. Jacada Travel is one tour provider that specializes in creating tailor-made, luxury experiences for intrepid honeymooners.

INSIDER TIPTo capture the most awe-inspiring photographs, arrive to the salt flats before sunrise. 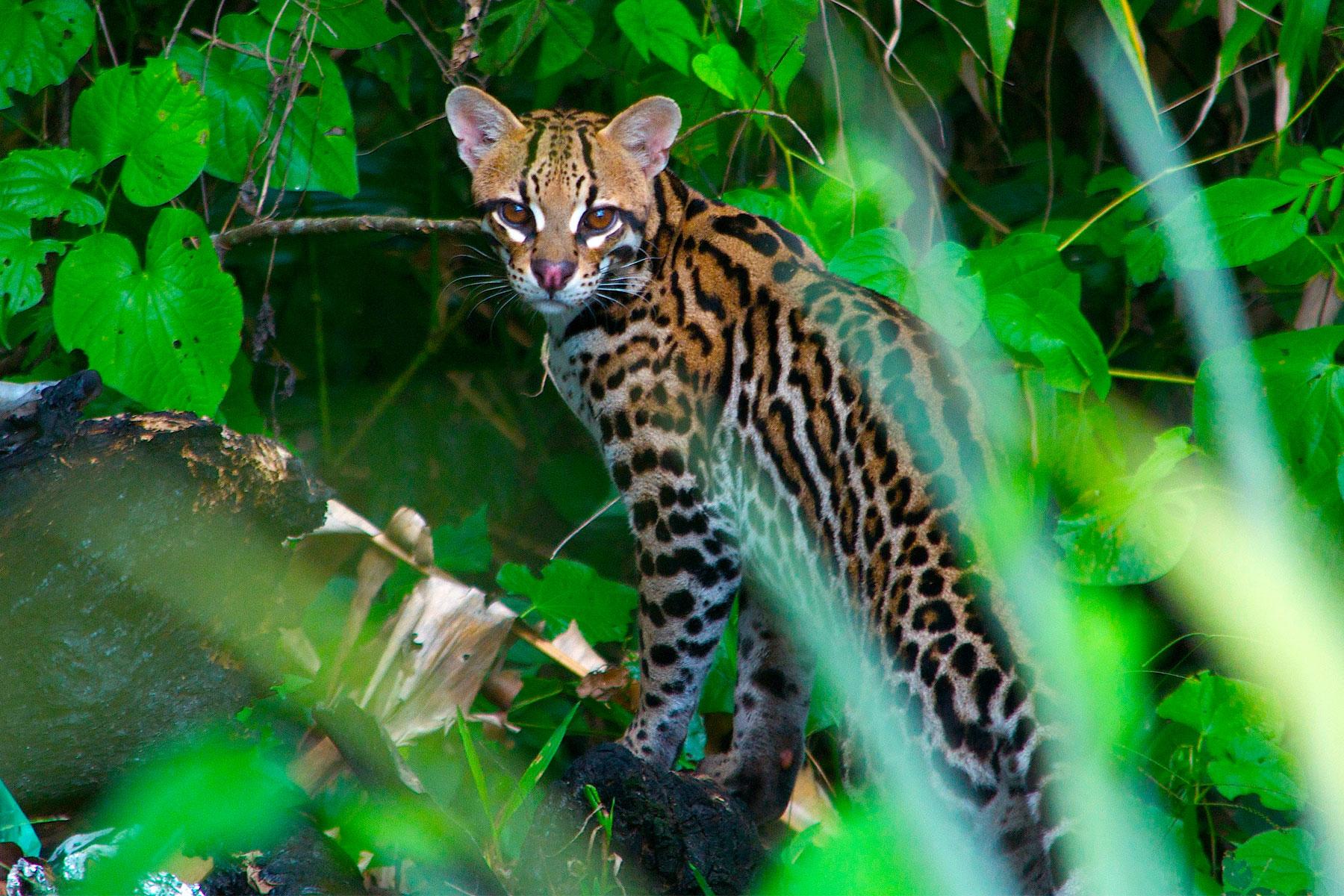 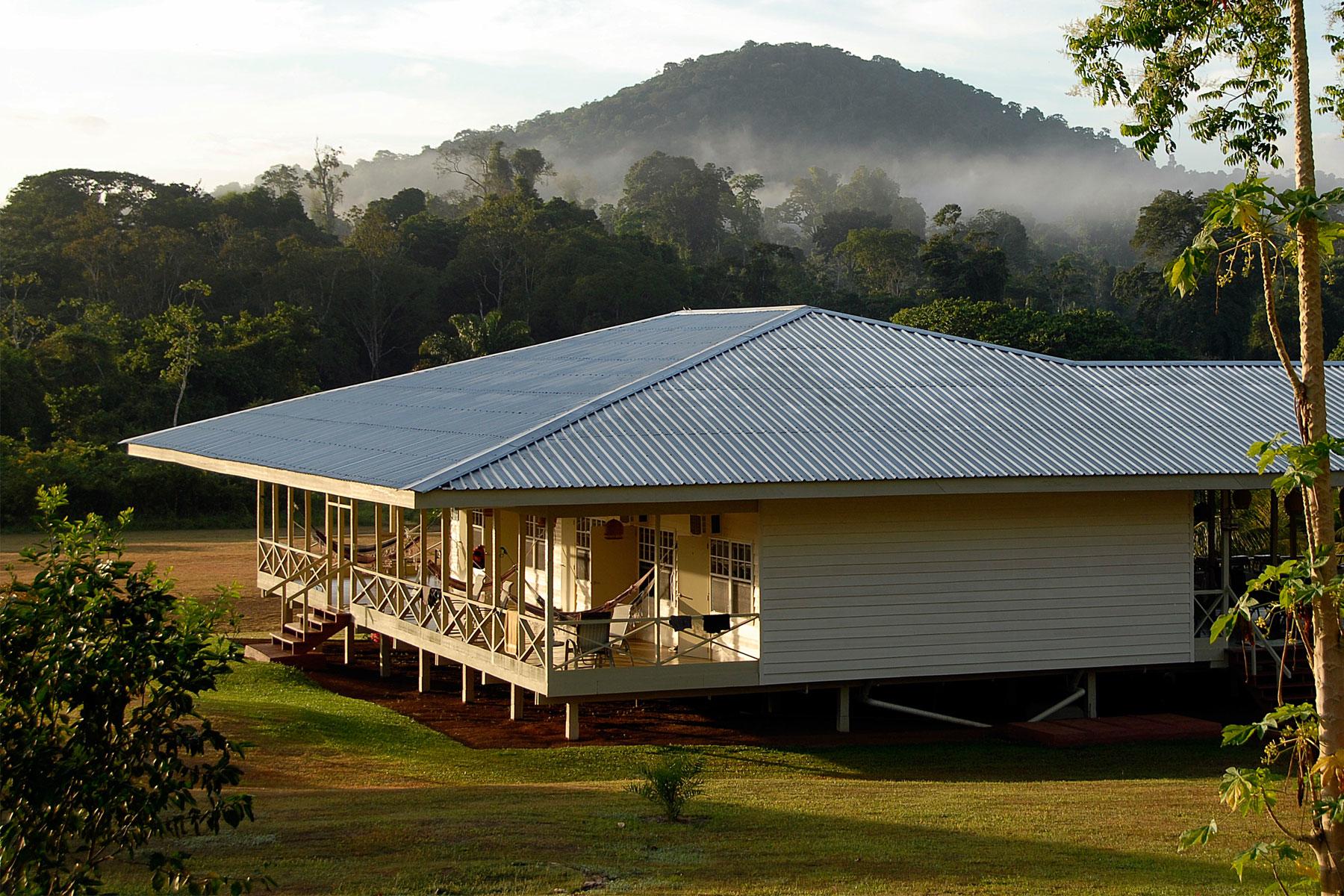 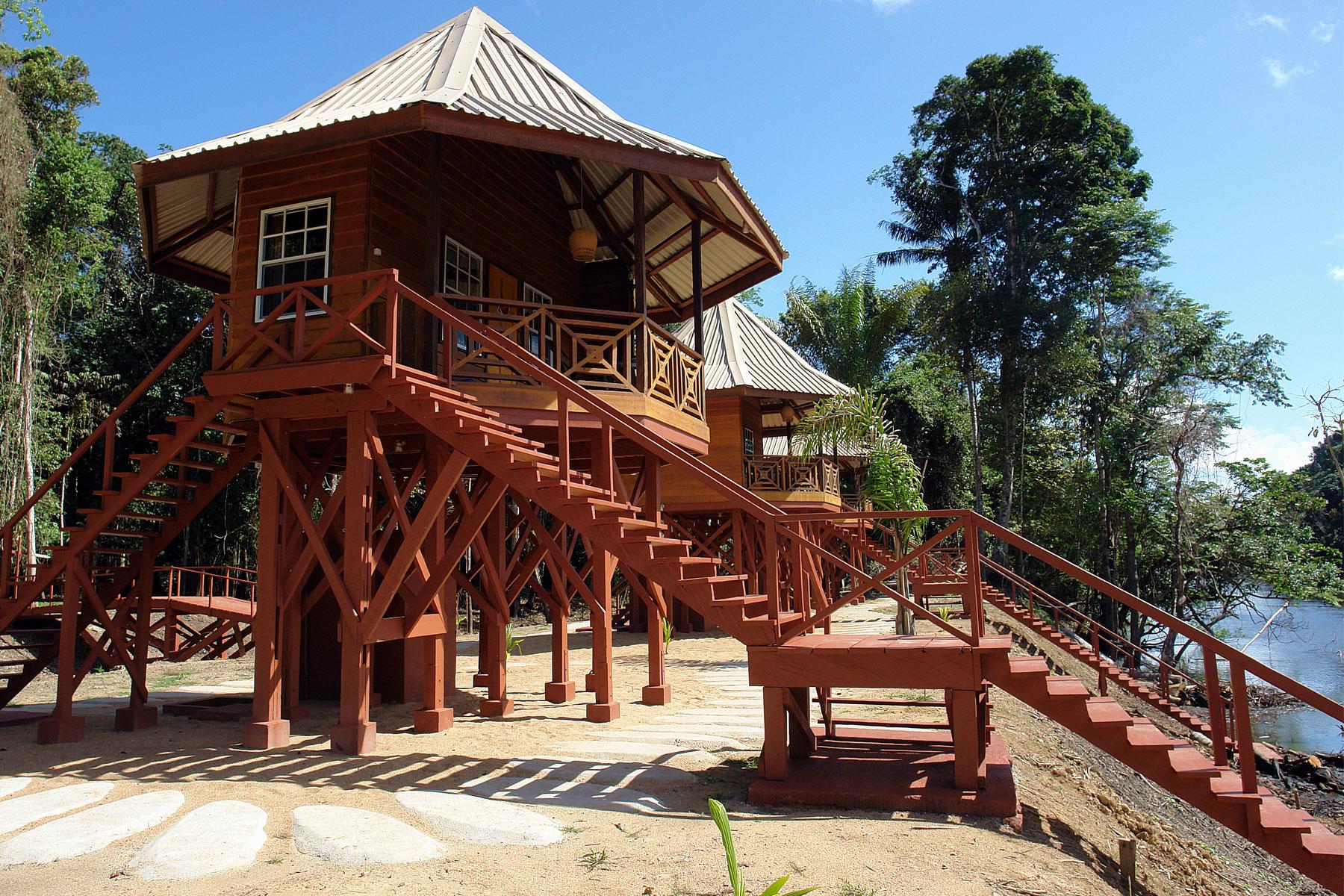 Remote in the Rainforest

Take a walk on the wild side by booking your honeymoon at the Kabalebo Nature Resort for the perfect combination of relaxation and exploration. Hidden deep in the Amazon Rainforest of western Suriname, the resort is located 150 miles from the nearest town and only accessible by air.

Situated on the Kabalebo River and bordered by the Bakhuys Mountain, the outpost is operated by descendants of the region’s original Amerindian and African Maroons. Three deluxe River Cabins are suspended over the namesake river with uninterrupted Amazon vistas, while the four new Panorama Suites provide a bit more space with mountain views. Enjoy afternoons lounging by the pool, sipping cocktails from the open bar, or partaking on quests through the jungle, such as kayaking, mountain climbing, and fishing.

INSIDER TIPDutch is Suriname’s official language, but English is commonly spoken, although the local language is actually a blend of English, Dutch, French and Portuguese with African influences.