News Apeksha Bhateja Have $340,000 and Want to Vacation in a Survivalist's Paradise?
News5 Reasons to Go to Carmelo, Uruguay

5 Reasons to Go to Carmelo, Uruguay

The Argentinean elite have for years been flocking to what international tourists are just now discovering: the charming Uruguayan town of Carmelo, located along the shores of the Río de la Plata (the river frontier dividing Argentina and Uruguay). Often upstaged by sexy Uruguayan vacation hot spot Punta del Este, Carmelo is perhaps Uruguay’s best-kept secret. With its golden, riverfront beaches, rich cultural offerings, and up-and-coming wine region, Carmelo is an ideal destination for honeymooners and luxury travel enthusiasts alike. Here are five reasons why you should check out this laid-back gem, before the secret is out. 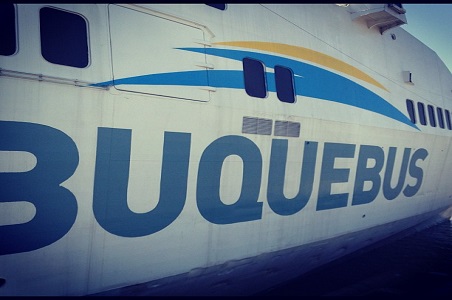 For visitors with time constraints looking to experience a quick-and-easy sampling of Uruguay’s natural beauty, Carmelo is the perfect option. Touch down at one of the nearby international airports in either Buenos Aires or Montevideo, Uruguay’s capital, and make way to Carmelo via ferry or ground transfers. From Buenos Aires, a one-hour Buquebus ferry ride to Colonia del Sacramento is easily followed up by the one-hour drive to Carmelo, while visitors coming from Montevideo can make the 110-mile trip by renting a car. 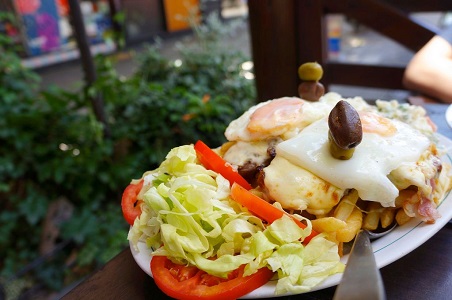 2. Side Trip to Colonia del Sacramento

The charming UNESCO World Heritage site Colonia del Sacramento is set about 40 miles from Carmelo, marking site of one of Uruguay’s oldest towns. Renowned for its historic quarter, Colonia is a hodgepodge of Portuguese and Spanish colonial buildings, cobblestone roads, and assorted history-rich sites. The food scene in modern Colonia is burgeoning with several gourmet Uruguayan restaurants and food shops hocking tasty fare like the chivito, a sandwich comprised of churrasco beef, mozzarella cheese, bacon, ham, and a fried egg, served with French fries. For some of Colonia’s best restaurants, try  El Mesón de la Plaza, set on the main plaza, or nearby El Porton. 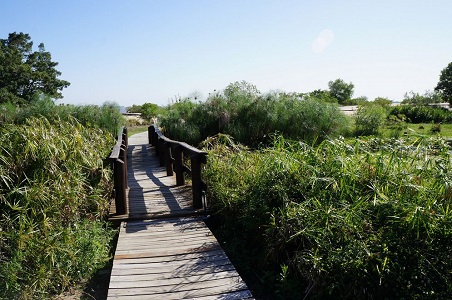 The moment you set foot in Carmelo, it’s easy to see why tourists looking to desenchufar (Spanish, meaning to disconnect and unwind) are so taken by this quaint town. Its rustic authenticity presents a true escape from the hustle and bustle of city life. The main streets are lined with small houses, parillas (steakhouses), and friendly locals riding around on bikes instead of in cars. The city’s main attraction, though, is its many outdoor pursuits. Visitors can go horseback riding through the woodlands and enjoy the unspoiled beauty of the countryside, head out on a fishing excursion from one of the fishing ports along the Río de la Plata, paddle away the day on a canoe trip, or even have a hand at polo lessons. The Four Seasons Resort Carmelo is also home to one of South America’s premier golf courses. 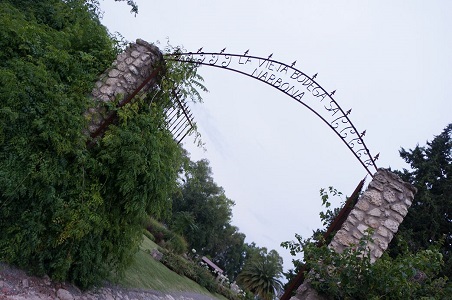 Carmelo is set next to some of the country’s best wine-producing regions, and Uruguay is doing its best to catch up to fellow South American wine competitors like Chile and Argentina. The locally produced Tannat, made from a red grape originating in southwestern France, is Uruguay’s signature wine. Sample a glass (or, perhaps even a bottle) at Finca Narbona winery, and be sure to stick around for a romantic meal prepared in its gourmet country kitchen, with products sourced from the winery’s own gardens and dairy farm, and served up in its beautifully restored farmhouse. This family-owned winery and lodge is set among sprawling vineyards and is actually part of a national monument that includes the oldest building in Uruguay. Aside from delectable cuisine and educational wine tastings, guests are free to wander the grounds, which essentially house a museum filled with objects from the turn of the century that belonged to the original owner and his descendants. 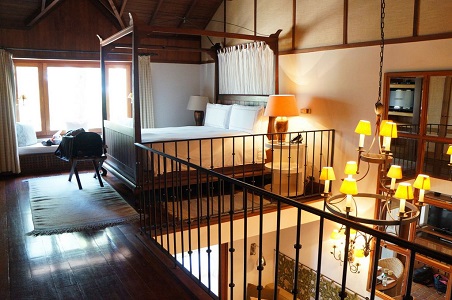 One of only two Four Seasons properties in South America, The Four Seasons Resort Carmelo (from $265/night) offers a secluded sanctuary set along the riverfront. Its bungalows and bi-level suites are nestled amidst an idyllic forest of eucalyptus and pine. Standard amenities include satellite TV, espresso machines, heated bathroom floors, glass-enclosed showers, and separate deep-soaking tubs. Guests can unwind by the multi-level outdoor pool, curl up in a cabana near the property’s newly planted vineyard, or take a book down to the sandy banks of the Río de la Plata and enjoy the view (sometimes you can even see the lights of Buenos Aires across the way). The resort has a tennis court, golf course, bicycles, and a fabulous full-service spa, which features gaucho-inspired spa treatments. The spa also houses an indoor pool and hot tub, situated within a giant steam room (hotel guests have complimentary access to these facilities). Be sure try a complimentary sampling of mate, a popular South American tea-like drink, before you depart&mdashfriendly staffers will be more than happy to brew you a gourd full!

Katie Goldstein is a freelance travel journalist based in New York City. In addition to Fodor’s, her writing and photographs have appeared on Forbes and CBS.com. Keep up with Katie’s adventures on her travel blog, Travelingpanties, Twitter, and Instagram.