On Location in India with The Best Exotic Marigold Hotel

Wouldn’t it be romantic to retire at a luxurious hotel in India? That’s the premise that sends seven British strangers packing to Rajasthan in The Best Exotic Marigold Hotel, which debuts in theaters on May 4. With a cast of headliners like Judi Dench, Bill Nighy, Maggie Smith, and Tom Wilkinson, the film is sure to gain widespread attention stateside (it’s already a hit in the UK), and to inspire wanderlust for ancient temples, colorful saris, and exotic vistas. 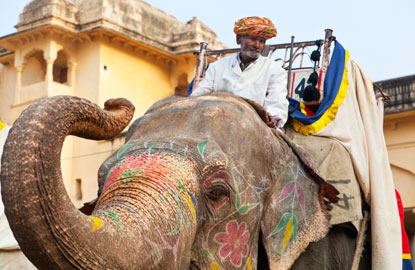 Fodor’s: Where in India did you shoot The Best Exotic Marigold Hotel?

Madden: We selected Rajasthan as the place to film because the terrain felt right, most particularly the colors felt right. It’s just an incredibly rich color palette you find in that part of India. It felt right to us as the setting for the story. 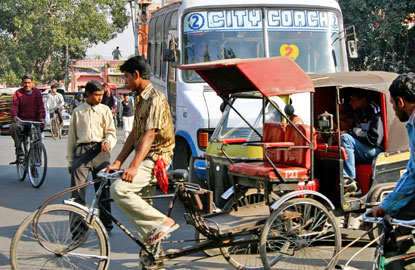 Fodor’s: And what made you focus in on the city of Jaipur?

Madden: Jaipur, and I suppose Rajasthan in general, was a perfect emblem of an older feudal system in India and an agricultural economy that was colliding in a very immediate way with the modern technological India, “molten India” essentially. It’s a beautiful old city that’s very down on its heels now. It has some extraordinary architecture that is suffering terribly from dilapidation, but at the same time its beauty and extraordinariness is discernible.

In Jaipur, you see every conceivable mode of transport, from big expensive cars and buses at one end of the scale, down to rickshaws and horse-drawn cars and camels, all sharing the same road space. There’s something about the chaos and the jumble and the sort of madness of it that seemed a very good context for the story, because the film is at least partly about culture shock, and culture shock was a term surely coined to describe what happens when you go to India. 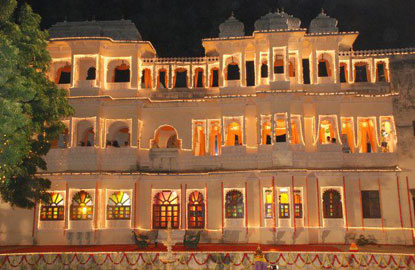 Fodor’s: What drew you to the Ravla Khempur as the site for The Best Exotic Marigold Hotel?

Madden: It was originally a tribal chieftain’s palace but now it operates as an equestrian hotel in the village of Khempur, about an hour and a half outside of Udaipur. The character of that hotel needed to have gone downhill, but nevertheless be aspiring to a former glory, and that’s a fairly good description of the way the place is now. It needed to have a magic about it, some sense of it being a refuge or a place where the seven characters wouldn’t immediately leave and try to seek alternative accommodation. It’s a very cinematic space because it has multiple levels and rooms that defy any kind of modern western concept of what a room would be. 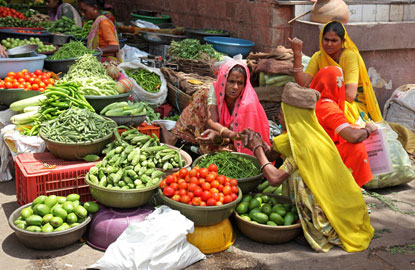 Fodor’s: Where was the flower market that Sonny (Dev Patel) visits to buy marigolds for his girlfriend?

Madden: We shot that in a flower and vegetable market in Jaipur. We had to essentially steal those shots guerrilla style. We had cameras hidden in various places because you can’t put a camera down in India without the world stopping to pay attention, so we essentially had to hide ourselves. We wired Dev with a radio mic and shot him in context of the real market and we had cameras hidden in various places to shoot that scene. But that’s an extraordinary place. 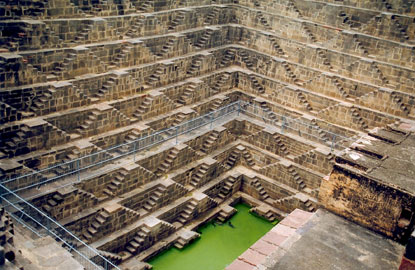 Fodor’s: What about the “stepwell” watering hole?

Madden: There are quite a number of those structures in India, and that one is up near the Amber Fort. It’s an entirely functional structure—when the monsoon rains come, the well fills up to its top level so you would not see any of the structure that you see in the film. It’s called a stepwell because, as the water drops over the course of the dry season, you can always get down to the water level. Essentially it’s a big public well, which they would have used to get their water, but now is used frequently for swimming as you see in the film—even though it’s not supposed to be. 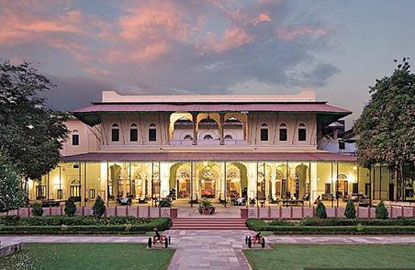 Fodor’s: What about the expat hangout, the Viceroy Club. Where was that filmed?

Madden: That was filmed at the Kanota Fort, outside Jaipur. Now it has traces of colonial architecture, with a corrugated iron canopy built around the original fort that dates from the British occupation. The columns that hold it up are old railway lines. It is very grand and massive, and I needed a location that was a kind of colonial expat environment, which is where two characters in the film go in search of love and end up finding one another instead. 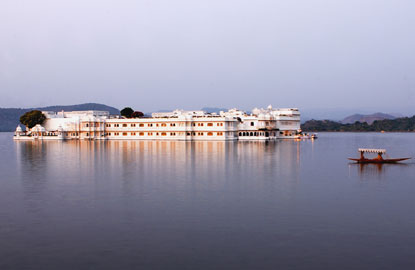 Fodor’s: Were there other locations that are particularly significant to highlight?

Madden: At one point in the film, the characters all travel to Udaipur. I don’t want to say why they go there, but they visit an old, royal ruined garden and a lake. For various reasons we filmed this sequence somewhere else entirely—Kishangar, between Jaipur and Udaipur. When I first went to Udaipur, it was bone dry and there were no lakes at all. In fact it was hard to believe that there could be lakes there because they were just expanses of dry mud.

After the monsoons, the identity of the area utterly transforms. There is a famous hotel that you can see in the film called the Lake Palace Hotel, a hotel that’s floating in the middle of the lake part of the year, but which you could walk to during the dry season. The monsoon rains essentially fill it up, so the lakes are actually like giant puddles. Really, the volume of water to fill up these lakes seems inconceivable. It’s quite remarkable. 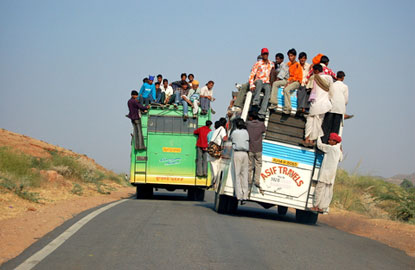 Fodor’s: Can you talk a little bit about the challenges of filming in India?

Madden: Well, they’re an extraordinary people and a very curious people, very hospitable people, and very welcoming people. The curiosity and hospitality strangely made life quite difficult because, as I mentioned, you produced a camera anywhere it was chaos—not that there isn’t chaos there already. Also, the noise is a phenomenal problem. You just can’t control the noises that are going on. Any transport is a huge issue; there’s a sequence in the film where the buses they’re forced to travel on—because their flight is cancelled—has a near miss with another bus, which is literally a daily occurrence on the highways. But very quickly you slide into a sort of peace with that, and of course in the midst of the chaos there is a sort of serenity that when you go into a building, the rest of the world falls away. That’s a dynamic that the film works with all the time.