News Tina Charisma 'Regenerative Travel' Is the New Buzz Phrase, but What Does It Mean?
PHOTO: Maxx-Studio

April 15 is coming. Have you filed? As a gentle reminder that paying taxes is important, this month, the Internal Revenue Service (IRS) wants everyone to know that citizens who owe too much in taxes could be denied access to a passport.

Uh Oh. I Owe Some Taxes

Don’t panic just yet. Not everyone who owes taxes will lose access to their passports. The IRS is only after those who have “seriously delinquent tax debt.” How much is that? Per the IRS’s website, “seriously delinquent tax debt” is defined as an “unpaid, legally enforceable federal tax debt totaling more than $52,000 (including interest and penalties) for which a federal tax lien has been filed.”

However, even if you are “seriously delinquent” you can pay up front or offer a payment plan. Then, the IRS has 30 days to re-instate your passport or decide if you’re still ineligible for one. The process can reportedly be expedited if you’re living abroad or have plans to travel internationally ASAP.

It should be mentioned, though, that if you’re facing bankruptcy, are a victim of tax fraud, or have endured a natural disaster, you won’t be at risk for the passport restriction, the IRS says. The administration began implementing this policy in 2018, but if this flew under your radar, don’t feel bad. But maybe read up on a few other ways your passport could be compromised.

Other Ways Your (U.S.) Passport May Be Compromised

Obviously, if your passport is obtained illegally or through fraud, or if your Certificate of Citizenship or Naturalization is canceled you can expect it can be revoked. But did you also know that passports with altered or misused covers can also be revoked?

Criminal history can also hinder a person’s chances of acquiring a passport during the application process. For example, a person could be refused if they have a federal arrest warrant for a felony or have a warrant issued under the Federal Fugitive Felon Act,” according to USA.gov. Additionally, if you’ve been denied in the past for access to a passport, this could affect future (passport) applications. 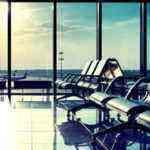 RELATED STORY
I Lost My Passport. What Do I Do Now?

I’m Planning on Applying for a U.S. Passport, What Do I Need to Know?

So, if you’ve never applied before, you must fill out a form titled DS-11 in person and bring it, and all of the following, to any certified passport acceptance facility: evidence that you’re a citizen (i.e., a birth certificate); a government-issued photo ID (and a photocopy of the front and the back of that ID); a photograph of yourself; approximately $145 for the actual passport book.

If you’re just renewing a passport, you’ll need to fill out and present a different application–form DS-82—a new passport photo, your most recent passport, and the correct passport fees. Per USA Gov, remember to renew nine months before the current expiration date!