News Apeksha Bhateja Have $340,000 and Want to Vacation in a Survivalist's Paradise?
Damian Byrne / Shutterstock.com

A report that was published by the American Academy of Pediatrics on Monday warns that U.S. travelers going to be Europe should be wary of the high number of measles cases that have been reported across the continent. The World Health Organization European Region reported more than 41,000 measles cases—37 of which resulted in death. These numbers represent a record high of measles cases, the likes of which haven’t been seen since the 1990s.

The countries that reported cases of the disease included perennially favorite tourist destinations like Italy, France, and Greece. However, most of the cases were in Ukraine and Georgia, Serbia, and Russia.

Part of the reason the U.S. Centers for Disease Control and Prevention are alerting American travelers to the risk of measles is specifically because Europe isn’t generally perceived as being somewhere where you have to worry about contracting an

As a general PSA, if your doctor says that you’re able to get the MMR vaccine then you should do so.

infectious disease. But clearly, measles, which is highly contagious, is on the rise. Frustratingly, this has less to do with a lack of access to vaccines, but rather with a distrust of vaccines. According to BuzzFeed News, France, Ukraine, and Russia are among the top 10 countries that “disagree” or “neither agree or disagree” that vaccines are safe.

Of course, the most surefire way to protect yourself from measles is to make sure your measles, mumps, and rubella vaccines are up to date. However, if you cannot be vaccinated due to age, health conditions, or some other mitigating factor, it’s best to be leery of any place currently in the midst of a measles outbreak. The CDC recommends speaking to your doctor or reconsidering your travel plans.

As a general PSA, if your doctor says that you’re able to get the MMR vaccine then you should do so in order to help protect not only yourself but the vulnerable people who are unable to get the vaccine for themselves. Fewer infected people with measles has a tendency to correlate with fewer people spreading measles. 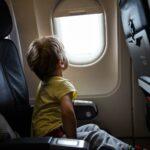 RELATED STORY
Did an Unvaccinated Tourist Reintroduce Measles to Another Popular Travel Destination?

But you don’t have to go all the way to Europe to find yourself in a locale currently experiencing a measles outbreak. Everything from a domestic road trip to a good old staycation may still result in you being in a locale experiencing a measles outbreak. The following 28 states have reported measles cases (according to the CDC, as of June 13): Arizona, California, Colorado, Connecticut, Florida, Georgia, Idaho, Illinois, Indiana, Iowa, Kentucky, Maine, Maryland, Massachusetts, Michigan, Missouri, New Mexico, Nevada, New Hampshire, New Jersey, New York, Oklahoma, Oregon, Pennsylvania, Texas, Tennessee, Virginia, and Washington. The number of reported cases for 2019 so far is already nearly three times larger than the cases reported in 2018.