News Tina Antwi 'Regenerative Travel' Is the New Buzz Phrase, but What Does It Mean?
PHOTO: Dotted Yeti/Shutterstock

Here’s the thing: space tourism is coming. It’s unavoidable. In fact, Elon Musk has technically already launched a trip to the International Space Station (ISS) that can carry up to four people per journey. Additionally, in June, NASA stated that it would be opening the ISS to new commercial opportunities. And on the heels of that, in September, it was announced that Richard Branson’s Virgin Galactic would be sending its first customers up to the stars by June 2020.

While these plans may sound awesome in theory, their side effects…are less so. At least, according to a recent analysis from travel site Champion Traveler which concluded that one trip aboard SpaceX’s Falcon emits a carbon footprint so large that it’s the equivalent of flying across the Atlantic 395 times. More of a road tripper than a frequent flyer? Here’s another way to look at it: according to Champion Traveler, a single space flight reportedly emits as much CO2 as 73 cars do in one year.

And while Champion Traveler claims that these emissions represent a tiny fraction of the human race’s yearly CO2 output, one can’t help but wonder: is it really worth compromising the health of our planet? Even though it’s a small number, who knows how things will spiral out of control as space travel becomes more popular and accessible.

Isolated Areas That Aren’t Space, but the Next Best Thing

Aside from being harmful to Earth, space is cold, scary, and…expensive. For example, NASA’s trip, which would see two private citizens exiting Earth’s atmosphere for a period of 30 days, has a base cost of $35,000 (per passenger) per night (this includes food, communication, and storage). That doesn’t include is the time and labor of a NASA astronaut who would be coordinating the commercial activities—$17,500 an hour. 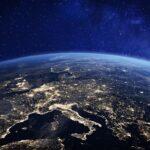 RELATED STORY
You Can Now Go Into Space With NASA—But Should You?

Yeah, uh, let’s think about this: Do you really need to go to space? How much of the planet have you traveled to? Everywhere? Doubt it! Have you read our recently-released 2020 Go List? On it, you’ll find such similarly-isolated areas as Palm Springs—a getaway so kitschy you’ll feel like you’re on another planet—and the extremely photogenic and Martian-esque Wadi Rum, a valley located in the Jordanian desert that’s dotted with space-age hotels, exciting hikes, and natural wonders that history lovers are sure to find appealing.

Do you really need to go to space? How much of the planet have you traveled to? Everywhere?

For another similar—but more, shall we say, convenient—reprieve, consider stepping into a sensory deprivation tank, which typically sees you floating in pitch blackness (much like space!) in less than a foot of saltwater. It’s often used as a form of environmental stimulation therapy, which allows the brain to enter an uncommonly relaxed state since all outside sights and sounds are eliminated.

Before you start to feel too guilty, keep in mind the 100 companies that are responsible for 71% of global emissions. Having said that, there’s nothing wrong with keeping eco-friendly options in mind when planning your itinerary: if you’re renting a car for vacation, consider an electric option; stay at a certified eco-friendly hotel; and bring an empty, reusable bottle on your travels and fill it up at water fountains. 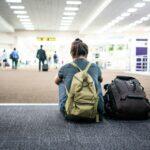