These dramatic current events are grabbing headlines, but should you still be grabbing your passport?

Several destinations have recently been rocked by major events and tragedy: dramatic volcano eruption, severe levels of air pollution, and the ominous shadow of a possible epidemic. But how greatly should these daunting news headlines affect your travel plans?

On January 12, Taal Volcano in the Phillippines erupted, spewing ash and forcing 30,000 people from nearby towns to evacuate the area. And while Taal has grown quieter since its eruption, there could still be more activity on the horizon. Although it’s difficult to predict future hazards (including a volcanic tsunami) there has been a series of volcanic tremors that, though they’ve become progressively weaker, indicate the movement of magma or molten rock and that may mean there will be another eruption, according to the Philippine Institute of Volcanology and Seismology.

Should You Avoid Travel? It goes without saying that the immediate area of Taal Volcano should be avoided for now. If it erupts again Manila, which is a two-hour drive away from the volcano, could be affected—particularly the airport, which suspended all incoming and outgoing flights due to the levels of volcanic ash in the air after the initial eruption (it partially resumed operations the next day). But by and large, the rest of the Philippines remains accessible to tourists. 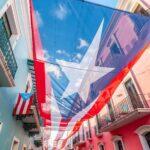 The capital of Thailand is currently engulfed in a thick haze of smog. According to the Associated Press, the pollution level reached 95 micrograms per cubic meter of PM 2.5 particle—50 is the highest level that’s considered safe. According to the Bangkok Post, 34 out of 50 of the city’s districts were considered to have high pollution readings.

The director-general of the pollution control department stated that the cause of the smog was the heavy traffic and stagnant air and that some of the smog should clear away with the arrival of southeasterly winds. But adding to the issue is that January and February mark the dry season in Thailand, which is when farmers burn their waste crops, the smoke from which only exacerbates the city’s air pollution problem. Last January saw a similar spike in air pollution that was so bad it prompted the closing of hundreds of the city’s schools. This year, a ban on the practice of burning waste crops was put in place, but farmers ignored the order.

Should You Avoid Travel? While the severity of the smog may lessen in a matter of days, the dry season’s propensity for high air pollution levels may make travel in Bangkok an iffy prospect for children, the elderly, or anyone with pre-existing respiratory conditions.

The reports surrounding the coronavirus (a flu-like illness) that originated from the Chinese city of Wuhan have been steadily developing over the last couple of months, and today it was confirmed that the virus can be transmitted between humans. (It was previously thought only animal to human transmission was possible.) This development has coincided with the news that there are now 200 confirmed cases of the virus (three of which were fatal) and that cases have been reported in Shanghai, Beijing, Thailand, South Korea, and Japan.

The spike in the number of cases to 200 is alarming at first blush, but according to NBC News, this is likely due to more testing being done and not necessarily because the virus is spreading at a faster rate. There is some concern, however, that the Lunar New Year season—the busiest travel time of the year in Asia—could result in the virus being spread wider and wider.

Should You Avoid Travel? On Wednesday, the World Health Organization will be holding an emergency meeting on whether or not to declare an international health emergency. Currently, the WHO advises that people take precautionary measures, such as maintaining good hand and respiratory hygiene.

Though it’s now known that the disease can be transmitted human to human, the virus itself is still believed to have originated in animals. India, whose government issued a travel advisory for China, stated that people should avoid going to farms, live animal markets, places where animals are slaughtered, and raw or undercooked meat.