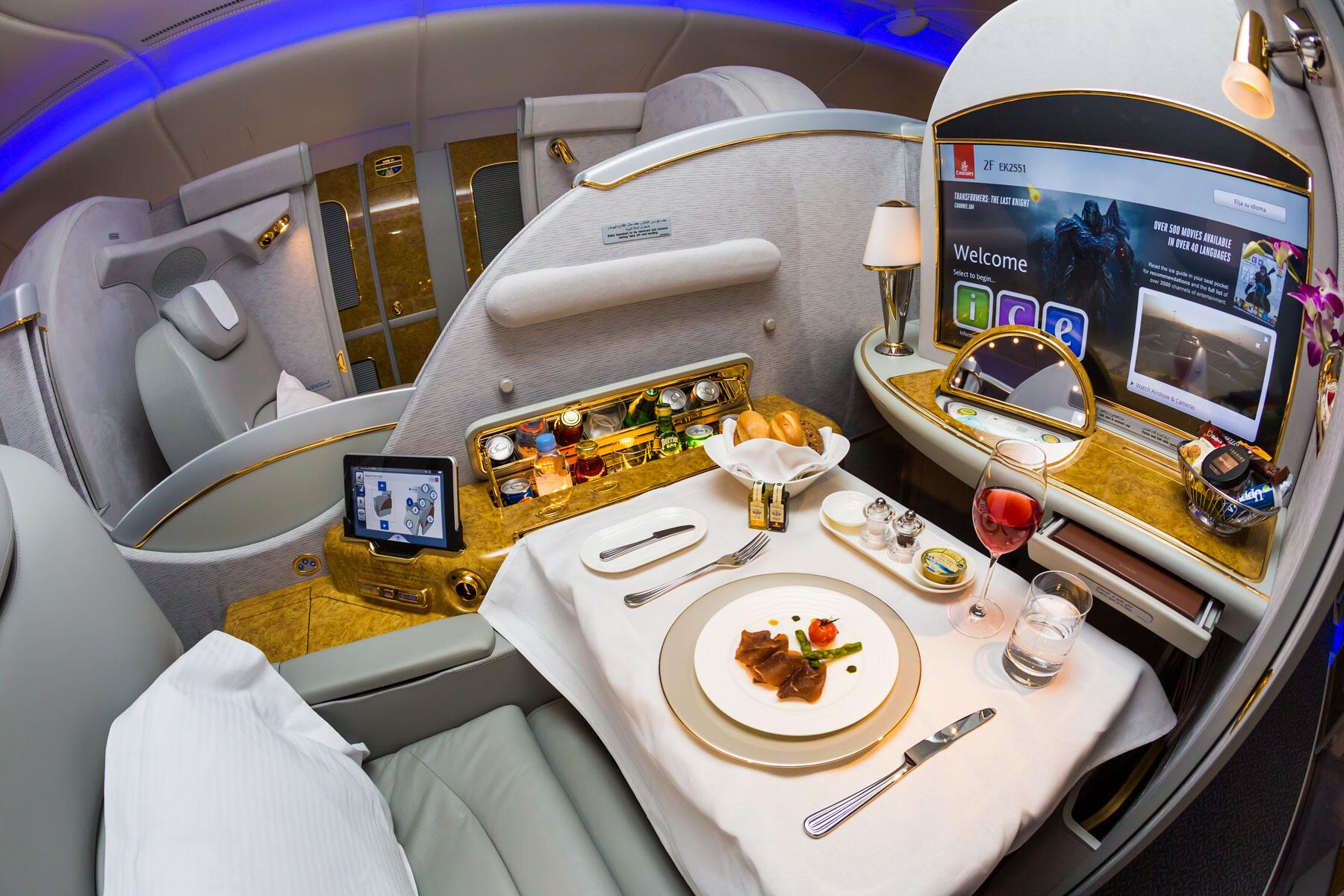 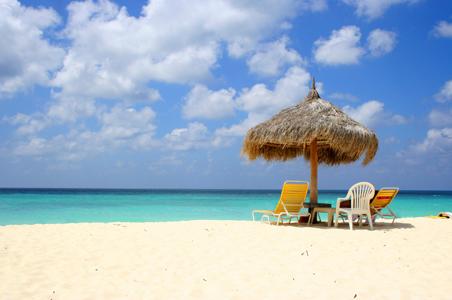 Thanksgiving Weekend is a great time to snag deals not only on holiday gifts, but also on travel: Hotels and resorts around the world are offering incredible booking incentives like complimentary gifts and on-site activities plus major discounts on rooms. If you yearn to escape to a warm locale to break up the cold winter months ahead, browse around online, look up your dream destinations, and see what kinds of deals you can find.

To help you out, here are some of our favorite Black Friday and Cyber Monday travel deals:

• Book a room at the all-suites Grand Residences Riviera Cancún from Black Friday through Cyber Monday to get rates starting at $259 per night for a Junior Suite. Guests will receive a complimentary bottle of tequila, one massage for two, and daily a la carte breakfast for two. Use this offer for a stay through December 18, 2015. 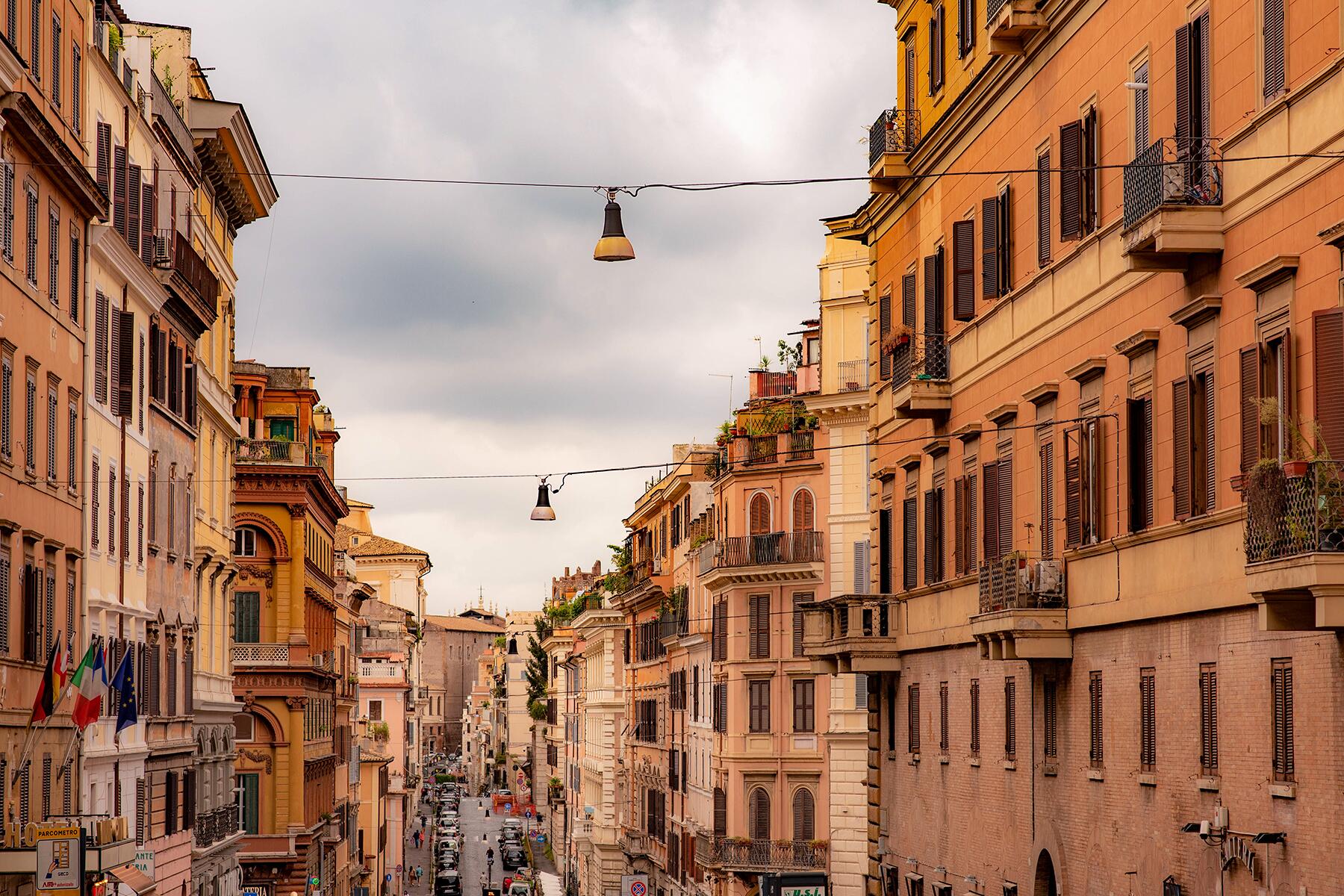 Deals Apeksha Bhateja Want to Fly First Class? These 5 Airlines Are Your Cheapest Options
Continue Reading Article After Our Video

• Book a stay at one of the seven Divi Resorts across the Caribbean on Cyber Monday, and receive a discounted room rate of up to 55%. The deals also include up to 50% off air and hotel packages provided by Divi Vacations. There’s no minimum length of stay, and children under 12 can stay, eat, and participate in the resorts’ family activity programs for free.

• Equus Hotel, located on the west side of Waikiki in Honolulu, is offering 20% off standard room rates for stays booked and pre-paid during a window from Black Friday through Cyber Monday. This deal is good for stay dates from Cyber Monday through November 1, 2015.

• The newly renovated Hilton Sedona Resort & Spa is offering a Cyber Monday sale featuring a four-night package for $650 that includes one-bedroom suite accommodations, breakfast for two each morning, and a discounted resort fee of $10 per stay. The offer is good for stays between January 1, 2015 and September 30, 2015. Use the promo code P6 when booking online, or call 877-273-3762 to make reservations.

• Save up to 20% with rates from $99 per night during the 72-hour Cyber Monday sale (November 30 through December 2, 2014) at Hilton Tucson El Conquistador Golf & Tennis Resort. Guests who book a stay for at least two nights using the code P7 will receive $50 resort credit that can be used towards golf, spa treatments, or dining. This deal is eligible for stays starting December 1, 2014.

• Phoenix’s Pointe Hilton Tapatio Cliffs Resort is offering up to 20% off, with rates starting at $69 during the four-day Cyber Monday sale offered November 28 through December 1, 2014. This offer is valid for guests who stay between May 25, 2015 and September 7, 2015. Use the promo code CYBER when making the reservations.

• Hilton Head Health is offering a deal from Black Friday through Cyber Monday that gets guests 10% off one-week stays, 15% off two-week stays, and 20% off 3 weeks or more. Guests staying at this leading weight loss and wellness resort can use this deal for stays from January 11, 2015 through March 15, 2015.

• Visit Stash Hotel Rewards Cyber Monday Deals page for more than 30 deals at independent hotels across the country, including The Lenox Hotel in Boston, The Strand Hotel in Manhattan, and Artmore Hotel in Atlanta. Stash Hotel Rewards members will also have the opportunity to earn extra Stash points that, when accumulated, are redeemable for free nights at any Stash partner hotel.

• Sonesta Hotels and Resorts around the U.S. are offering a Cyber Monday deal of up to 25% off two-night stays for guests who use the promo code Cyber 2014 and book on Cyber Monday. The offer is good for travel dates before March 31, 2015 at Sonesta’s full-service hotels in places like Boston, Hilton Head Island, and Miami, and also at Sonesta ES Suites in Orlando, Flagstaff, Atlanta, and more.

• Save 50% when you book a Towers Corner Suite at The New York Palace between Black Friday and Cyber Monday—this deal is good for a stay between January 1, 2015 and March 31, 2015.

• Save 25% when you book a room at The Maritime Hotel, a nautical-modernist landmark in West Chelsea, on Cyber Monday. The travel window is between December 12, 2014 and March 31, 2015 with blackout dates. Book online using the promo code MARIMON.

• The Kennebunkport Resort Collection (KRC) in Maine has a Cyber Monday deal, offering guests who buy a $500 gift card an additional $100 resort credit, or a $25 resort credit for those who buy a $200 gift card from KRC. The resort credit is good for dining, spa treatments, activities, and retail items at KRC’s boutique properties and is valid until December 31, 2015.

• Book a summer trip to Waterfall Resort, Alaska’s most popular fishing lodge, anytime during the month of December to receive one complimentary round trip airline ticket valued up to $750. This deal, called the “Gift Wrap a Fish” promotion, can be combined with any Land Package for two or more nights at the all-inclusive resort during the summer of 2015.

• Offering its first ever Cyber Monday deal, Access Trips is giving 25% off culinary and biking tours between February 1, 2015 and August 31, 2015 to guests who book on Cyber Monday. Use the promo code ADVENTURE25 to secure the deal.

• Liftopia has launched its Black Friday preview, giving skiers and boarders a head start on the holiday rush for lift tickets.

• On Black Friday, from 9 a.m. to 9 p.m. PST, Expedia.com is offering 90% off select hotels in New York, Honolulu, Las Vegas, Cancun, and San Francisco. No blackout dates apply, but only stays before March 31, 2014 are eligible for the deal. And on Cyber Monday, Expedia.com users can save an additional 20% off hotels that are already up to 50% off.

• Between December 1 and 3, travelers can save up to 40% at participating hotels throughout the U.S. and Canada for travel between January 2 and January 31, 2015 with American Express Travel's Cyber Monday sale.