News Apeksha Bhateja What Are the Chances You'll Get Monkeypox at a Hotel?
NewsLuxury Cruise Lines Unveil New Itineraries for 2014

It’s that time of year when all the cruise lines are revealing the new itineraries they’ve developed for next year. And there are some very compelling options. If you’ve been bored with past cruise choices, look again at what some luxury lines have put together for 2014. 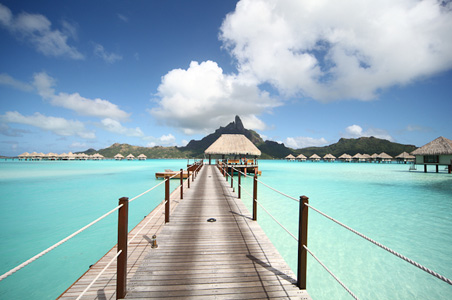 If you haven’t yet been to French Polynesia, you should seriously consider booking a 2014 sailing aboard Windstar’s Wind Spirit. The intimate 148-passenger motor-sail-yacht was recently completely renovated, partly in preparation for her seasonal repositioning to Tahiti. Seven-night voyages out of Papeete will call upon Moorea, Tahaa, Raiatea, Huahine, and Bora Bora. The nice thing about this itinerary is that the ship overnights in all ports with the exception of Tahiti and Tahaa. Per passenger cruise fares start at $2,799.

Windstar isn’t the only luxury line heading to Tahiti next year. Regent will offer three routes aboard Seven Seas Mariner that explore the region: a 34-night Miami to Papeete voyage, an 18-night Los Angeles to Papeete, and a 10-night roundtrip cruise out of Tahiti. Most travelers will find the Tahiti roundtrip the most compelling. Departing on December 7, 2014, the cruise will cover Papeete, Moorea, Raiatea, Bora Bora, Nuku Hiva, and Rangiroa. The ship will overnight in Papeete, Bora Bora, and Nuku Hiva. Cruise fares start at $5,999 per person.

Luxury in the Galapagos Islands

Silversea has earned a reputation as a major player in the luxury expedition market and in 2014 its new 100-passenger ship Silver Galapagos will be in Ecuador, retracing Darwin’s steps. These cruises were made for those who appreciate wildlife. You’re sure to see iguanas, giant tortoises, blue- and red-footed boobies, penguins, sea lions, fur seals, and all manner of other birds and animals. The ship—which will be based in the Galapagos year-round—will offer two seven-night itineraries: one in the Western part of the Galapagos and the other in the North Central quadrant. Both cruises, starting at $5,450 per person, are roundtrip excursions out of Baltra, Ecuador. Several three- and four-night voyages are also available. 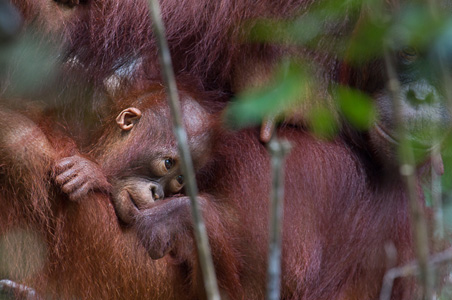 Lindblad Expeditions with National Geographic will head to Southeast Asia next year with its Wild Encounters from Borneo to Bali itinerary aboard the National Geographic Orion. Accommodating just 102-guests, you’ll have close contact with the expedition team that includes National Geographic photographers and naturalists. The cruise begins in Singapore and calls on the Anambas and Natuna archipelagos before arriving in Borneo where the ship visits Bako National Park in Sarawak, the city of Kuching, and Tanjung Puting National Park in Kalimantan. You’ll disembark in Bali. The highlight of the tour are the two days spent in Kalimantan where you’ll view orangutans at Camp Leakey, a research station established in 1971 by primatologist Dr. Birute Galdikas. You’ll meet Dr. Galdikas and learn about her efforts to save the orangutan species under the auspices of Orangutan Foundation International. Per passenger rates start at $8,680.

Something a Bit Closer to Home

Un-Cruise Adventures’ 60-guest Wilderness Adventurer goes into 2014 with a new 7-night, all-inclusive itinerary exploring Washington State. The Seattle roundtrip excursions includes a transit of the Hiram M. Chittenden Locks; exploration of the glacial fjords of the San Juan islands; hiking Mt. Constitution, the Olympics Mountains, and in Washington State Parks; plus time on your own in Friday Harbor. This cruise is for people who love being active and plenty of time is set aside for kayaking, paddle boarding, and exploration via skiff. Per passenger cruise fares start at $1,595.

If you’d prefer an East Coast vacation, look into the new Pearl Seas Cruises, which will offer 7-, 10-, and 11-night voyages from Halifax, Nova Scotia; Quebec and Toronto; and Chicago. Three itineraries are on offer for the summer of 2014: Splendors of Canada, the St. Lawrence Seaway and Thousand Islands Cruise, and the Great Lakes and Georgian Bay Cruise. Introductory cruise fares start at $3,995 per person.