News Apeksha Bhateja What Are the Chances You'll Get Monkeypox at a Hotel?
NewsJust Back From: Wailea Wine and Food Festival

Just Back From: Wailea Wine and Food Festival

My memories of Maui consisted largely of water slides and kid pools, so when I was invited to the first annual Wailea Wine and Food Festival, I jumped at the opportunity to create new memories…with wine. We got in a few days early to afford some time spent snorkeling on Kapalua Bay, driving the Road to Hana, and scouting out delicious eats on Maui beyond the strip of resorts in Wailea. We were not disappointed, and in fact found an unforgettable meal of pad thai, Vietnamese crepes, garlic noodles, hapa ramen, and Filipino "bacon and eggs," which consisted of crispy pork belly, poached egg, tomato, and onion in a garlicky broth, at Star Noodle. 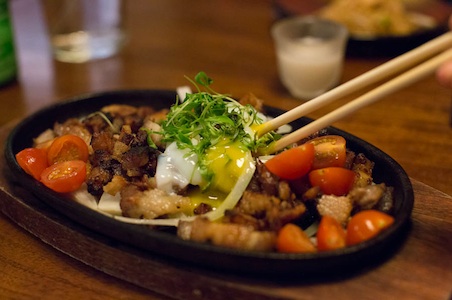 Onto the festival. We spent the first night at a cocktail party under the stars at the Fairmont Kea Lani. It was a little preview of who we’d be spending the next few days eating and drinking with—winemakers from California and beyond, master sommeliers, chefs from resorts along Wailea, and Hawaii locals from as nearby as Lahaina and as far as Oahu.

We started the next day with a 10:30am wine tasting session. As you do. The first of the festival’s "Wine Encounters," Pinot Passion, covered seven wineries’ bottles of pinot, followed by What’s New, Next & Trendy in California Wine (my personal favorite of the weekend), which brought master sommeliers together with a motley crew of California vintners who talked to new trends in California wine as well as old or risky varietals being given new life.

The tasting felt very Californian—laidback and excited at the same time. We tasted a vermintino that came from a lover’s spat—the husband and wife team behind Ryme Cellars disagreed on how to grow vermentino, so they made "his" and "hers" versions. Soon after, we tasted a rousanne that was a 180 case experiment. But the clear favorite was the charbono from Shypoke. A lesser-known grape, grown almost exclusively in California (as well as Savoie and Argentina), it was rich and fantastic, and frankly undersold by the winemaker who touched on how hard it is to grow and market the temperamental grape. He gave a too-stern disclaimer, saying "it’s probably not going to be your favorite; there are three kinds of people: those who hate it, those who haven’t heard of it, and then some who love it." I loved it.

That night was spent next to Peter Merriman, considered the founding father of "Hawaii regional cuisine" at his Monkeypod Kitchen. He made three kinds of poke at the table, each of which was more bright and fresh than the last. The dinner that followed was made entirely from Maui-sourced ingredients. As we ate, he told us stories of his friend who farmed this and his other friend that caught that in the ocean earlier in the day. 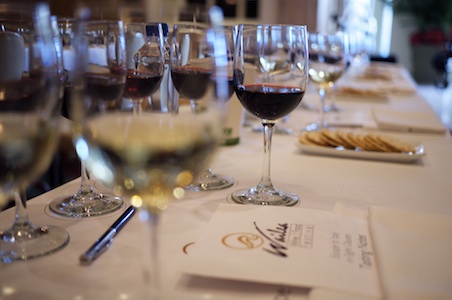 Strolling into the Four Seasons Wailea the next morning, we had all Italian wines to look forward to. The morning’s Escape to Italy in Eight Glasses tasting was led by Shelley Lindgren, of San Francisco’s A16 restaurant. A sparkling brut was quickly followed by a Sicilian white and a soft, mineral-y sauvignon blanc. But the reds were truly stellar, particularly Marchesi di Gresy’s barbaresco; it was the only glass that was drained at every table.

In its first year, the festival made good use of the shortlist of luxury resorts that sit next to each other along Wailea—the Fairmont Kea Lani, the Grand Wailea (which hosted a wine and food tasting by tiki lamps one evening), and the Four Seasons Wailea. One might wish that as the festival grows, they’d branch out, showcasing the fantastic scenery and foods you can clearly find all over the island. But waking up to sun, sand, and wine tasting is really not a bad way to spend a few days.

I’ll divulge more on our full Maui itinerary as well as some solid tips on driving the Hana Highway soon, so stay tuned.