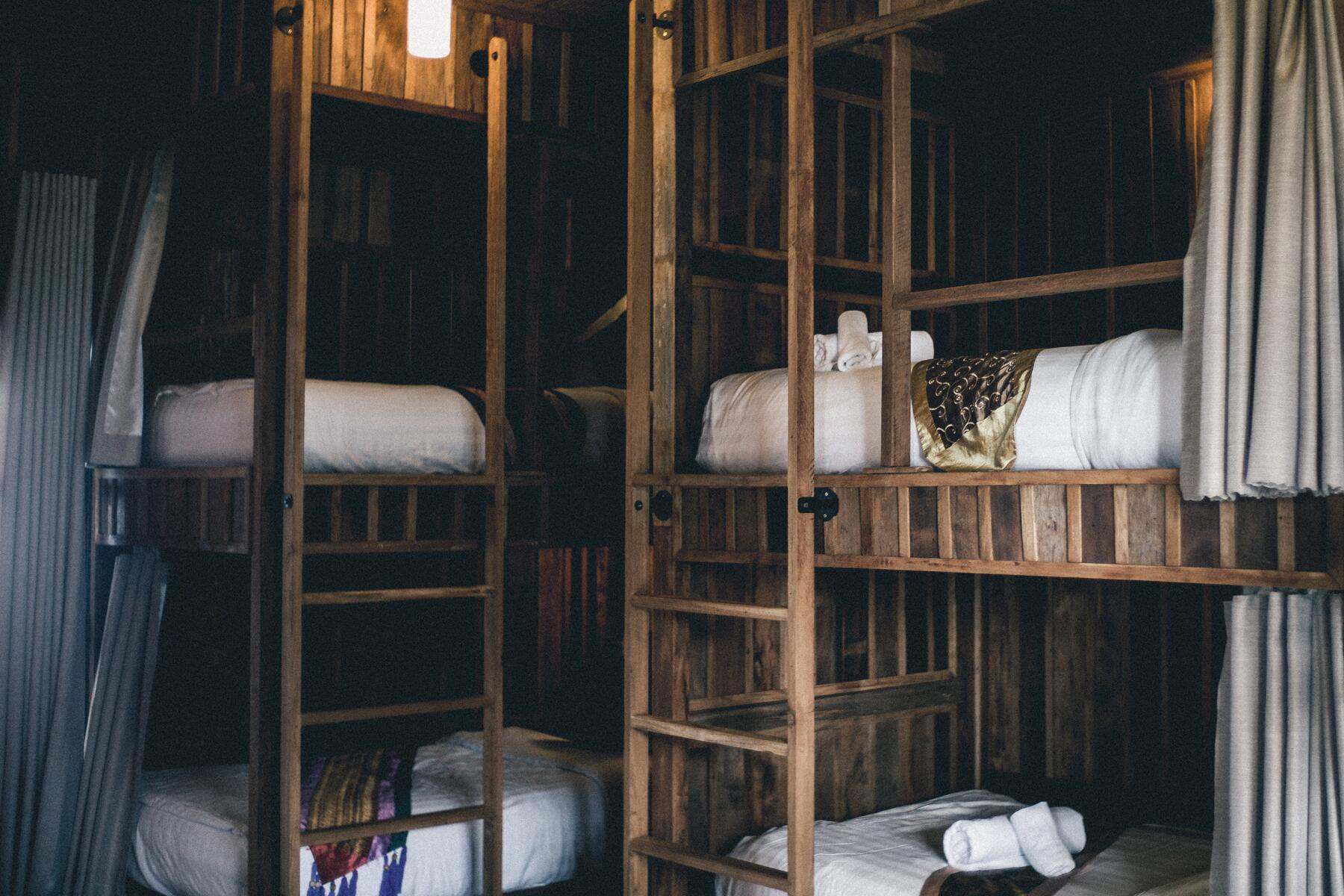 While shining a light for women of color in the travel industry, the co-creator of the Urban Cowboy brand talks creative hospitality and the “cowboy way of life.”

As a dancer turned model turned real estate agent, Jersey Banks’ path into hospitality was far from linear—or planned. But in just under seven years, she has made her mark in the boutique hotel world, helping turn a five-bedroom Brooklyn design project into the award-winning western chic Urban Cowboy brand. “Arrive as strangers, leave as friends” is the Cowboy motto, whose original (and often waitlisted) Williamsburg bed-and-breakfast opened in 2014 and which has since been joined by a second outpost plus sister motel concept in Nashville, along with a mountainside lodge in the Catskills.

A favorite among the hip travel set for its community-minded concept and design-forward southwestern deco aesthetic, the progressive all-female mana­gement team across each Urban Cowboy concept is a testament to Banks’ leadership. “As the first staff member in Brooklyn, I did things and took care of things in a certain way, so I know how I like my operations to run,” she explains, adding that while the aesthetic vision was the baby of partner Lyon Porter, she found her feet more behind the scenes. “I don’t want to say it’s entirely by design, but with properties that are high touch like this, the experience is really important, and I just think we have the most success with things being run by women.”

Hotels & Lodging Lucia Giles How Old Is Too Old to Stay at a Hostel?
Continue Reading Article After Our Video

With summers spent visiting her grandparents in Michigan, flying solo from the age of six, and family road trips that took her from Colorado to California and New Mexico as a teenager, Banks’ love for travel was established early. While falling into hospitality might have been a happy accident, she feels there has never been a more exciting space for women of color in travel, especially to become business owners. But with less than one percent of hotels in the U.S. owned by African American women, per the National Association of Black Hotel Owners, Operators and Developers (NABHOOD), leaders like Banks are not only shining a light on female empowerment but helping shape the industry’s future. 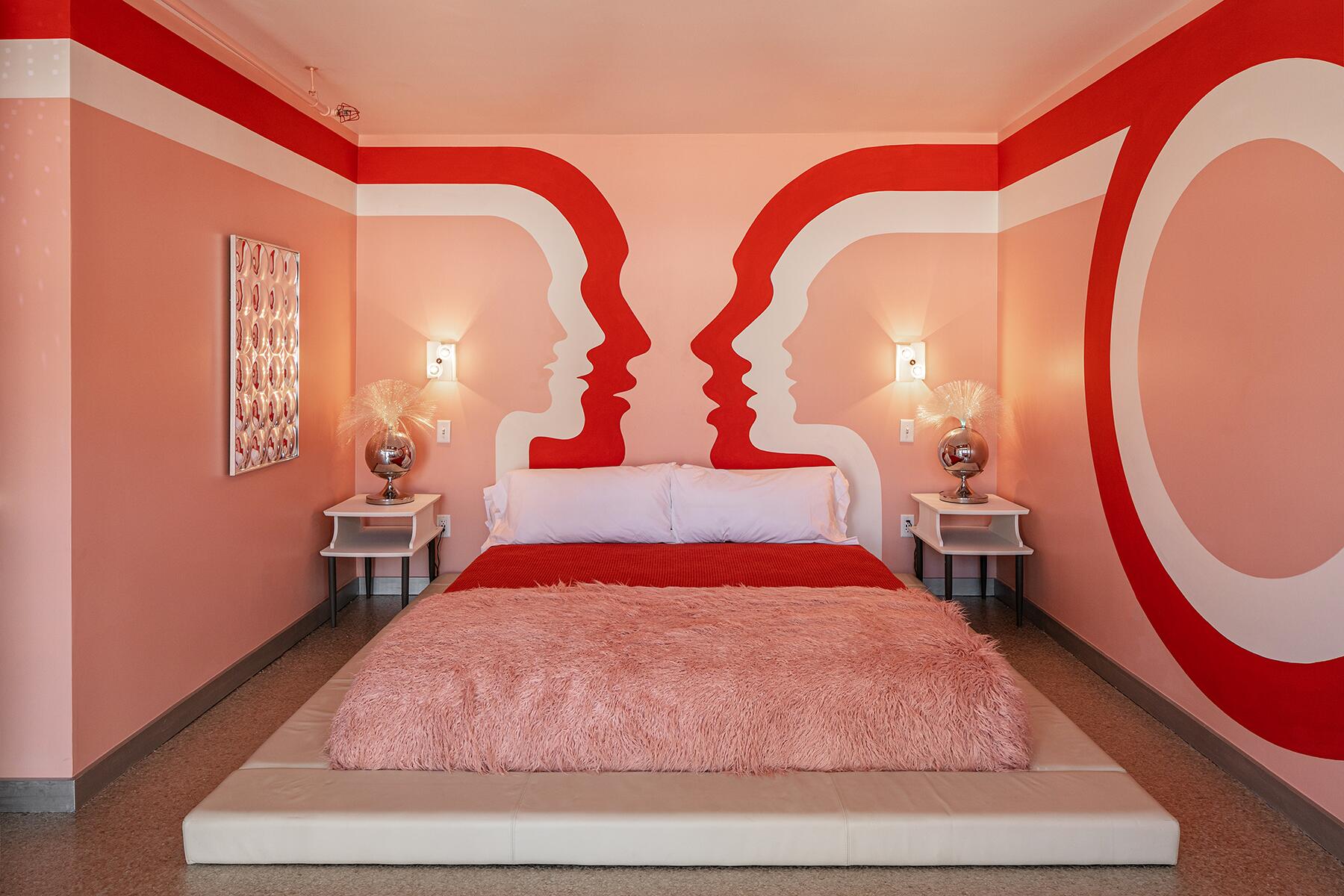 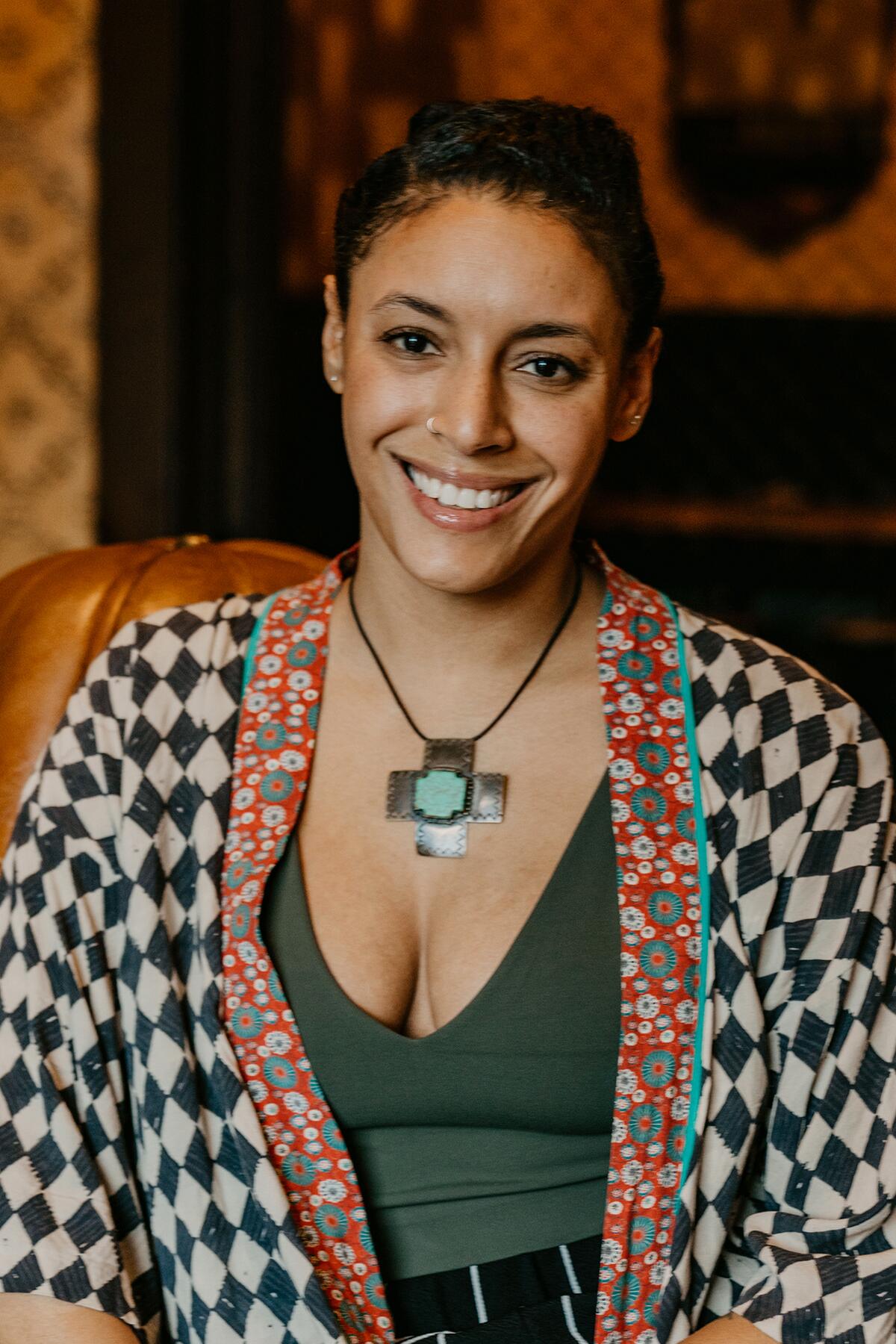 “After a year of reflection, I feel like everyone is looking to make changes in terms of how they do things, and because of that, I think women of color have a huge advantage right now,” she says. “People want to be seen. They want to be represented, and they want to support businesses they can relate to…we have a real opportunity to make waves and support all women. I think that’s huge in 2021 and will be even more so going forward.”

Working as the original Cowboy concierge in Brooklyn served as a learning curve on the missteps and triumphs that running a boutique guesthouse entails. “The space was really transitional, but we wanted it to be too many things and thought we could provide this inclusive experience where people could party all night but also get an amazing night’s rest,” Banks says of the early days. “We learned very quickly you have to decide what the goal is and what the experience will be. Embracing that was our biggest takeaway and helped us to hone in on what the Cowboy brand was really all about.” Less an exclusive members club and more a creative community space, she explains the idea was always to provide a casual setting for people to connect over conversation and feel comfortable doing it. “The Cowboy way of life is all about being inclusive. It’s like an extension of our home where we wanted everyone to feel welcome.” 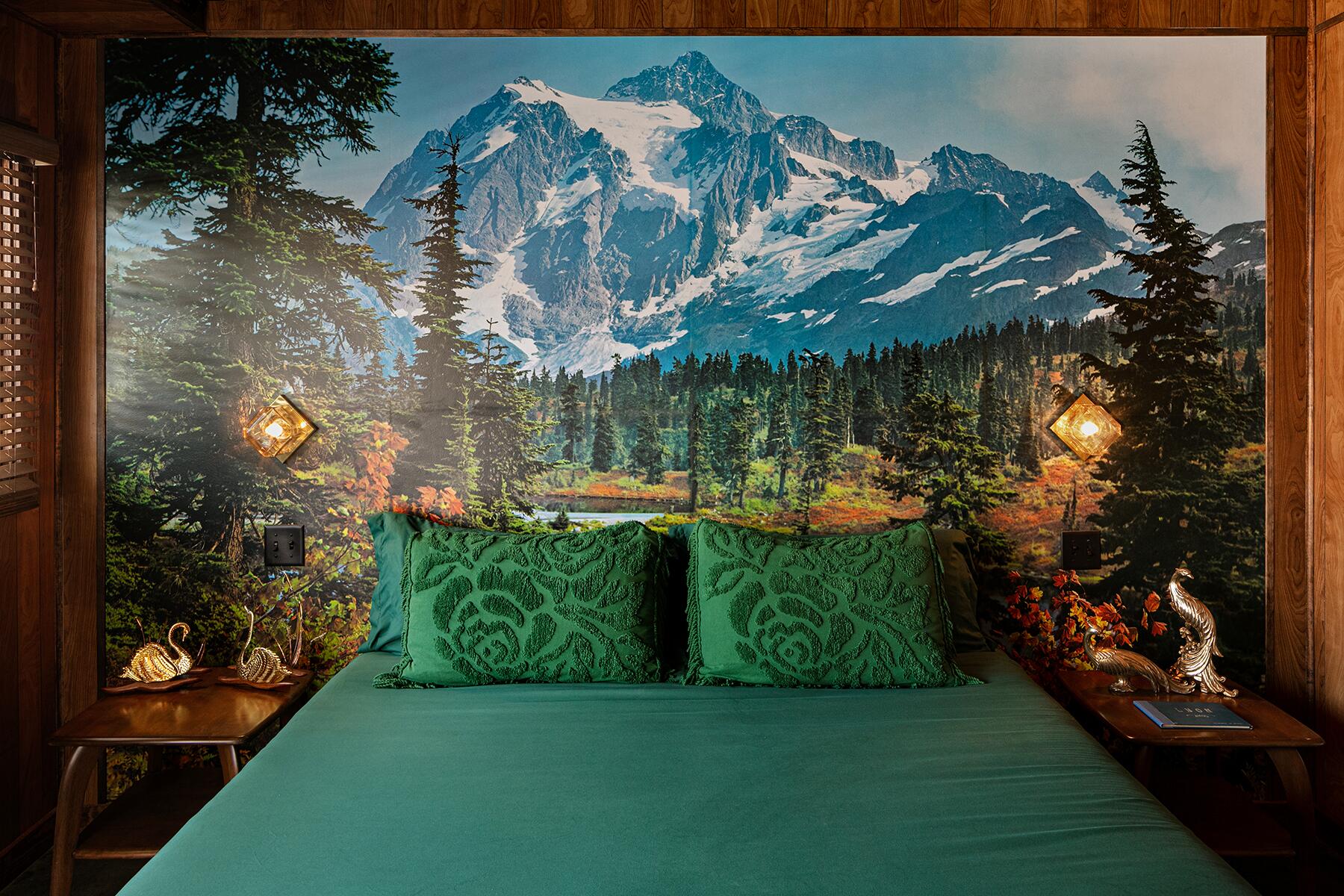 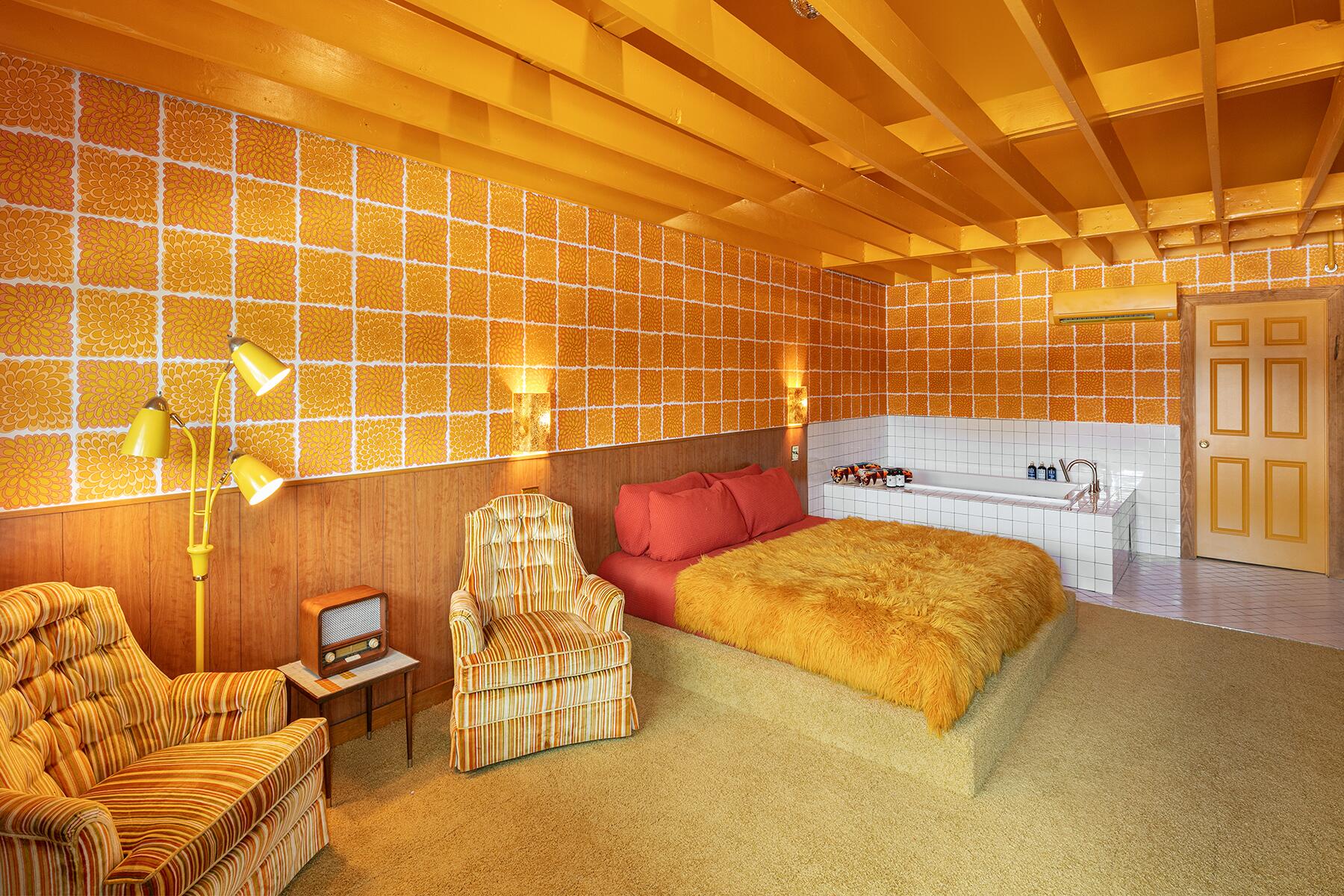 “Nashville is really hot in the summertime, but there were no pool parties or any place to go swimming, so when the property came up, we knew it would be a game-changer and jumped on it.” Banks says, adding that while Dive’s second summer being open for business during the pandemic was soul-crushing, the concept is something she’d like to do again. “Both have great bars and hang space, but the Cowboy is more grown-up, whereas the Dive is less precious and more fun where you can let loose, cool off, and listen to music.”

The most recent addition to Urban Cowboy’s growing portfolio of boutique offerings was The Lodge, an immersive 28-room retreat set on 68-acres in the Catskill Mountains that opened a week before shutdown last March. “It was a pretty jarring experience. At the time, everyone kind of had this idea in their head things would be okay after two weeks, and we could reopen,” Banks explains. “It was good and bad. I mean, we’ve had to remake that business several times, but in doing so, we’ve now become this perfect getaway for New Yorkers who were going crazy during lockdown and wanted to escape upstate. It’s nothing we could have ever planned for, but we did our best, and people are responding well.” So well, in fact, The Lodge earned a prestigious nod from the U.K.’s National Geographic Traveller, aptly winning its “Leave the World Behind” Big Sleep Award last September. 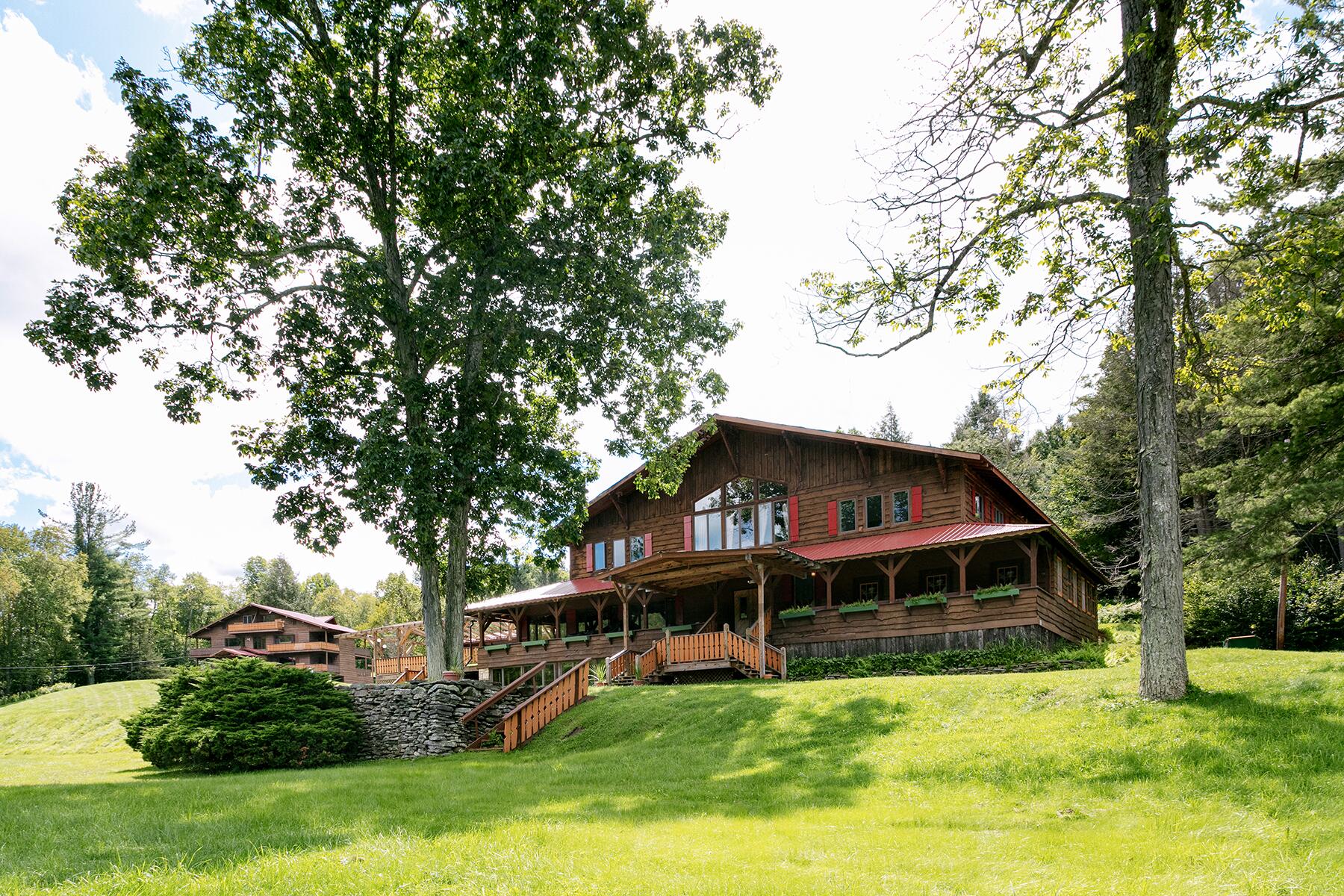 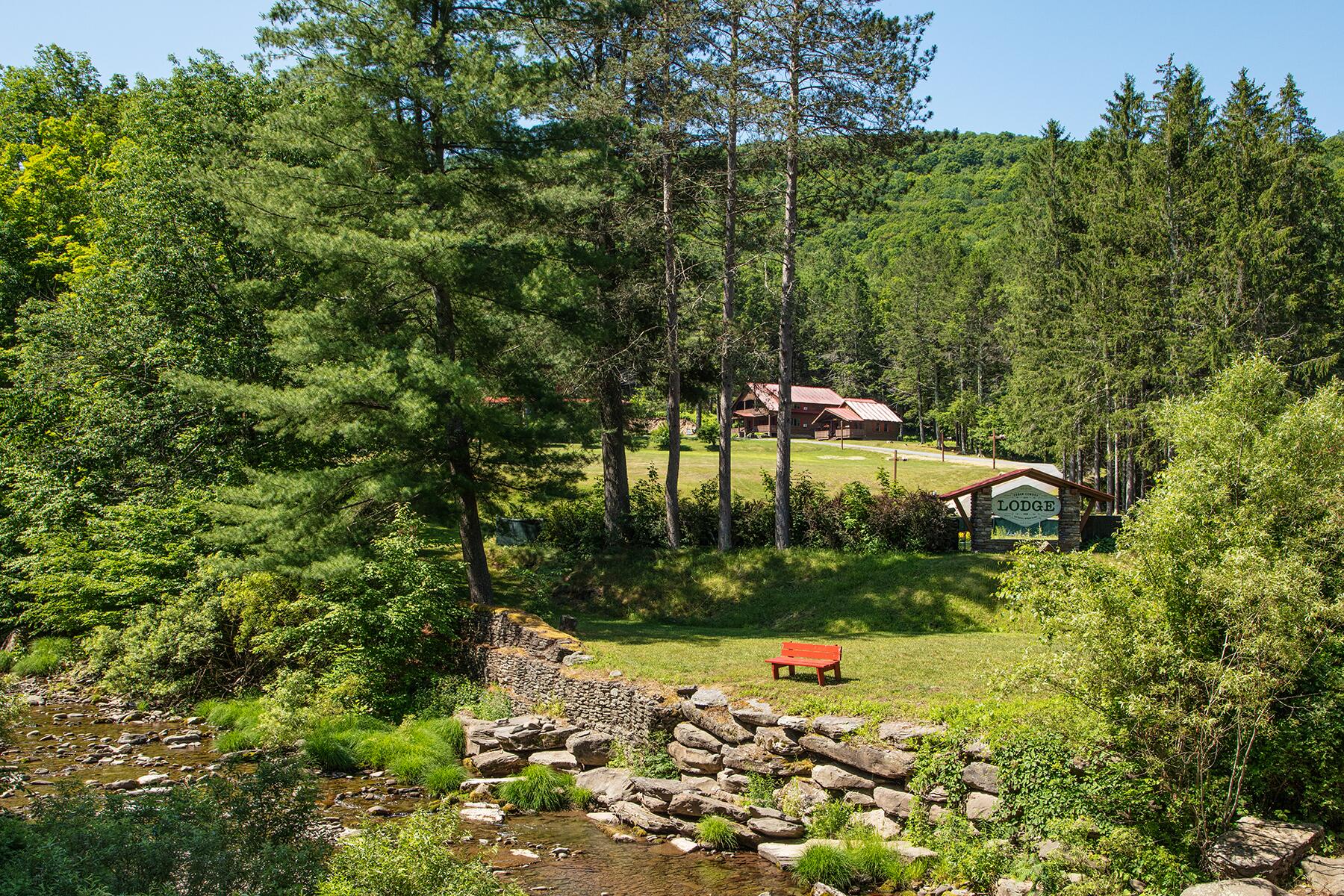 Jumping between Brooklyn and Nashville, for now, the Tennessee capital is home. “We hid out here during the pandemic and quarantine, and I had my baby here last August,” Banks says. “The people are incredible. We were welcomed and given a lot of support opening here, which was refreshing coming from New York.” While balancing motherhood with being a hotelier has admittedly left Banks exhausted, she says that today’s priorities are all about what is good for baby Banks Porter when it comes to running a business. “Now that I’m a mom and I have a daughter, it’s important to me to be an example not just to her, but women in the industry as well and show that you can work hard and achieve your dreams.”

With three hotel concepts under her belt, Banks is now launching a Creative Studio that will provide in-house creative services (and a dash of the Cowboy magic) to select businesses. She also shares another hotel is in the cards. “It’s a lot of new things all at once, but I’m grateful for that after the year we just had. We’re looking at three opportunities, kind of all over but mainly West is all I can say right now.”