Step Into: ‘A Five Star Life’ 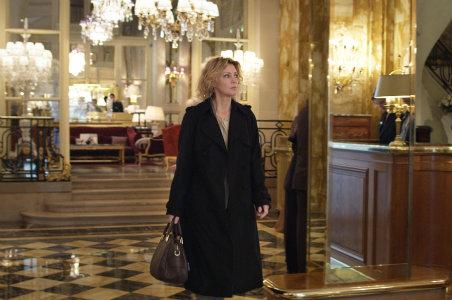 Director Maria Sole Tognazzi always knew who would get top billing in her award-winning film A Five Star Life, about a woman with the enviable job of evaluating luxe lodgings around the world: the hotels themselves.

And she's right. Margherita Buy is excellent as hotel critic Irene, who demands absolute perfection in these properties even though her own personal life would never pass a white-glove test. But it's the seven hotels featured in the film that are most memorable. The camera wanders through marble-floored lobbies, lingers in soothing spas, and even settles in beside Irene as she takes a dip in a glistening swimming pool.

If all this makes you want to book a reservation, you're in luck: Except for the Hôtel de Crillon, a Paris landmark currently undergoing a $110-million renovation, all of the properties will welcome you even if you aren't a world-famous travel writer. Head to Tuscany to stay in the Fonteverde Tuscan Resort Spa, or the Italian coast for the Borgo Egnazia, or one of the other properties that Fodor's has ranked among the best in the world.

Berlin's iconic Brandenburg Gate is visible from the Hotel Adlon Kempinski, one of the city's most prestigious addresses. Completely destroyed during World War II, the hotel was reconstructed on its original location on Pariser Platz in 1997. It's a winner in every way, from its Michelin-starred restaurant, Lorenz Adlon Esszimmer, to its sybaritic Adlon Spa (where Irene indulges in the film), which is why our reviewer awarded it a Fodor's Choice designation.

The Gstaad Palace could be mistaken for a fairy-tale castle, as the stunning structure towers over this tiny village in the Swiss Alps. In winter this Fodor's Choice property is surrounded by snow-capped mountains, which make an appearance in the film, though the interior scenes were filmed in June. The interior is lavish, with rustic details here and there (wrought-iron lighting fixtures beside the beds, for example).

Just months after it flung open its doors in 2012, the palm-fringed Palais Namaskar welcomed Tognazzi and her crew. Set on 12 acres of lush gardens, this impossibly posh resort—on the list of Fodor's 100 Hotels in 2013—surrounds a dazzling swimming pool in its center, ringed by graceful arches. You can lounge beside it, as Irene does in the film, or enjoy dinner on the nearby terrace. If you crave more privacy, retreat to your own outdoor hot tub.

This urban getaway—a Fodor's Hotel award winner in 2012—has a minimalist vibe that's unlike anything else in A Five Star Life. We see Shanghai's PuLi Hotel & Spa through Irene's eyes as she inspects its dimly lighted corridors and gazes out at the breathtaking skyline. In the center of the city's hustle and bustle, the hotel is remarkably serene, capitalizing on its location next to Jing'an Park (visible through a wall of windows). Don't miss the spa, where tea-based treatments are a specialty.

Mark Sullivan is a travel editor for Fodor's, specializing in cities and cultural destinations. Follow him on Twitter: @markenroute.