News Apeksha Bhateja What Are the Chances You'll Get Monkeypox at a Hotel?
NewsGerman Wine Regions 101

Understanding German wine can be a tricky thing. It’s not as heavily marketed as French Bordeaux, Italian Super Tuscans, or Argentine Malbecs. But what most people may not know is that Germany is one of the top producers of elegant white wines in the world with Riesling reigning supreme throughout most of the country’s 13 wine producing regions. But you have to go a lot deeper than that to understand just how unique and alluring German wines can be. The best way to do it is to go there and taste them first-hand.

The fall is unquestionably the best time for such a trek. From late September through early November, vineyards are in the thick of harvest and winemakers, or winzers, are intently measuring the year’s yield for quality and production. This is when the romance of wine country is at its peak.

Aside from Riesling, here are a few other grape varietals to note:

Riesling (white): both dry and sweet 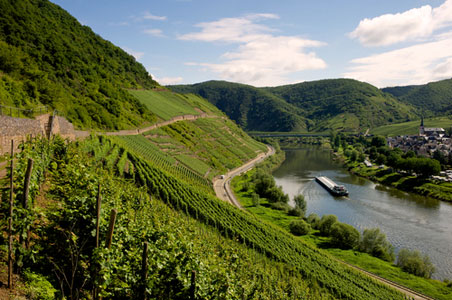 Mosel-Saar-Ruwer: The first thing any wine expert will tell you is that the king of wine regions in Germany is the Mosel. It’s steep, winding vineyard covered hillsides frame the meandering Mosel River on the far west along the borders of Luxembourg and France. And in truth, it is pretty important—much like how important Napa Valley is to American wine. Mosel is known for bright, crisp, and elegant Rieslings with a balance of sugar and acidity due in some part to the predominantly cool climate of the region as well as some of the steepest vineyard slopes in the world. Though you can find impressive wineries (weinguts), along the Mosel wine route, the cream of the crop are located in concentrated around the main village of Bernkastel. 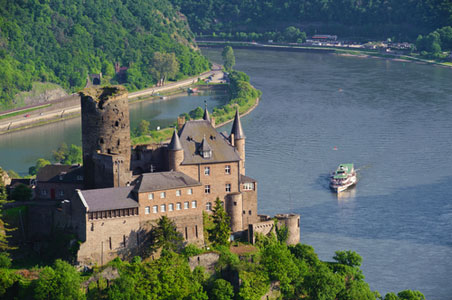 The Rheingau: While the Mosel is home to some of the country’s best Rieslings, the Rheingau is where Germany’s reputation for fine white wine first began. Located along a small stretch of the Rhine River where the primarily north-to-south flowing river changes to a west-to-east orientation, the Rheingau is one of the few spots with the southern-facing aspect that the Riesling grape thrives in for optimum sun exposure. This is what makes its Rieslings historically distinct. And while the Mosel has perhaps overshadowed this region in production in more recent years, the Rheingau is a close second. And when you taste their wines, you’ll know why. What’s more, this region is a wine tourist’s dream as you’ll easily find a concentration of fine wine estates within a few miles of each other.

Stay in the quaint little village of Rüdesheim, which sits along the Rhine among a swath of hillside vineyards beneath the historic Benedictine Abbey of Saint Hildegard and the great Germania monument, which was built in 1877 as a symbol of the reestablishment of the German Empire following the end of the Franco-Prussian War in 1871. For amazing views of the vineyards and the valley, take the cable cars up to the monument.

Among the top wineries to visit include Schloss Vollrads for its impeccable library of Riesling, and Schloss Johannisberg , both of which are very famous castle and wine estates boasting more than 900 years of winemaking in the region. For a more modern take, the Weingut Ankermuhle restaurant serves a world-class menu of contemporary cuisine with a diverse portfolio of traditional and modern style wines. 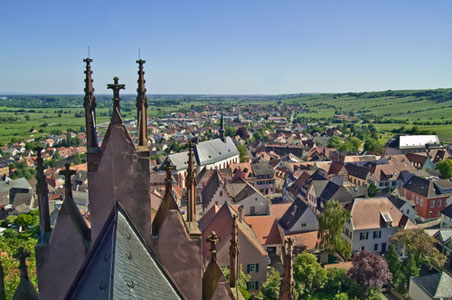 The Rheinhessen: Just a short ferry ride across the river from Rüdesheim is the town of Bingen, a prominent wine town home to the fabled Mäuseturm (Mouse Tower) as well as the popular saint, Hildegard. From the ferry, you’ll see panoramic views of medieval castles. Once you’ve reached Bingen, you’ve officially left the Rhinegau and have entered the Rhinehessen, which is Germany’s largest wine producing region. But while it certainly churns out the largest production of wine, the vast majority of it is lower quality table wine. You can still find some amazing artisan wines during the Winzerfest, an 11-day wine festival celebrating the more than 40 vintners throughout the area with wine booths set up throughout the main pedestrian areas of town to sample the regional wines.

This is where you should branch off from Riesling; try some of the other wines commonly made here like Liebfraumlich. Also popular are light-bodied red wines made from the dornfelder grape. Notable producers include Weingut Hemmes and Weingut Peter Ewen.

Mainz is the unofficial wine capital of the entire Rhineland—it is also the home of Johanne Gutenberg’s first printing press. And while you may find the town larger and less quaint than the little villages around it, you can still find yourself among miles and miles of vineyards on the outskirts of town.

Dine at the Weinbergshutte , where classic German cuisine is at its best with everything from the pizza-like flammkuchen and pork chops smothered in rich mushroom sauce to wiener schnitzel with pan-fried potatoes and spongy spaetzle noodles. Here, the wine list reflects the best from all of the Rhineland and features a wide selection of red wines like Spätburgunder (Pinot Noir) and Portugeiser. 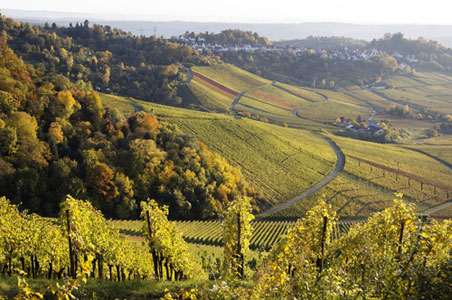 Baden: Also a large wine region, if not in production, then in sheer geographic size. Comprising the entire southwest corner of Germany including Lake Constance along the border of Switzerland up through the Black Forest, Baden-Baden, and the French border along the Alsace-Lorraine wine region, Baden encompasses a wide diversity of wines and throughout the region, you find a whole host of towns—Freiberg, Heidelberg, Stuttgart—that celebrate the great wines of the area.

As the capital of Baden, most people recognize Stuttgart for its deep-seeded history in car production. It’s the home of Mercedes and Porsche. In fact, the little horse on the Porsche emblem is the official symbol of Stuttgart. The city center lies in a lush valley, and as you look at the hillsides that frame it, you’ll find that the slopes are covered with rows of vineyards. Like the Rhinehessen, its known less for high quality wines, and more for table wines, like the sweet Müller Thurgau and Trollinger, a light-bodied red wine known for its notes of sour cherry.

Stuttgart’s annual Stuttgarter Weindorf, or Stuttgart Wine Village is one of the most anticipated events in the city. Claiming three entire city blocks for almost two weeks at the end of August each year to celebrate the region’s wine and food from more than 100 wine merchants, the festival is perhaps the best way to sample all of what the expansive Baden has to offer.

Understanding German wines doesn’t take a sommelier’s education (though we concede, it took us a while to get the hang of it). Simply sampling the sights and flavors of Germany’s many wine regions will give you a deeper appreciation for some of the country’s finest wines.