News Ronny Maye Should You Cancel Your Vacation to an Area Impacted by a Natural Disaster?
NewsNot Your Average Road Trip: 4 Scenic Motorcycle Trips

‘Tis the season for road trips. But why not make your next journey one to really remember and do it on two wheels? Motorcycle tourism is gaining more speed as of late, thanks in part to large numbers of enthusiasts hitting retirement age, but also because many travelers today are craving unique, adventurous experiences. Indeed, it’s hard to argue with a mode of transport that indulges the five senses as well as motorcycle riding—not to mention the instant street cred you’ll earn pulling up anywhere on a bike. Here are a few great places to whet your palate for hitting the open road. Keep in mind, in the United States and many other countries, you’ll need a motorcycle license to operate one. 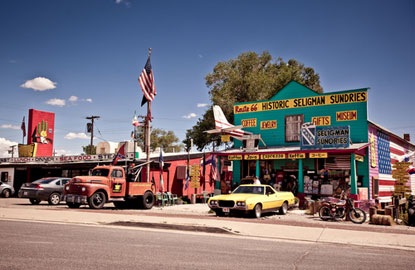 If there’s a stretch of roadway more entrenched in Americana, we’d be hard-pressed to find it, and the country’s most iconic route, also known as the Mother Road, is an unforgettable experience on two wheels. Take your pick of memorable pit stops from Chicago to Los Angeles: Abraham Lincoln’s home in Springfield, Ill., which hosts the International Route 66 Mother Road Festival in September; rows of neon signs and historic motels in Tucumcari, New Mexico; or the historic town of Seligman, Ariz., which was the inspiration for the wildly popular Disney/Pixar movie Cars.

Insider Tips: Whether you tackle the entire 2,448-mile route or just a portion of it, most veteran bikers suggest riding westbound toward the Pacific Coast. That way, you’ll be going from cooler to warmer temperatures, and you can send home cold-weather clothes and gear. In addition, it’s best to ride in spring or fall to avoid extreme temperatures, especially in the desert. And while GPS is a handy tool, having an up-to-date paper map is essential, as the route passes through some desolate areas that are out of range of navigation systems. 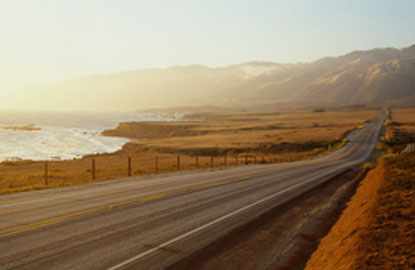 Majestic views of the Pacific Ocean, picturesque seaside towns, and exhilarating stretches of coastal roads—this is what motorcycle riding is made for. The 550-mile route stretches for most of the California coast and all but guarantees a world-class experience. Points of interest include the highly photographed Bixby Bridge, a concrete span that stretches 260 feet high; Hearst Castle, the heart of the 250,000-acre estate of media tycoon William Randolph Hearst in San Simeon; a handful of stunning state parks; and the Vintage Motorcycle Museum in Solvang.

Insider Tips: This route is also popular with RVs that can slow traffic, especially in the summer. Another safety heads-up: the Pacific Coast’s marine layer, especially approaching Santa Cruz and San Francisco, which can limit visibility and make roads wet. For unobstructed views of the ocean, drive from the north to the south. 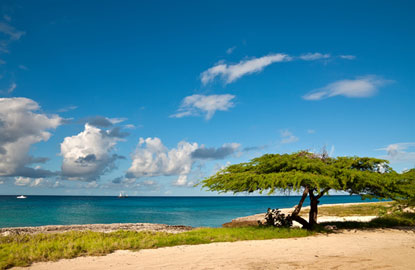 Cruisin’ in the Caribbean

Sand, sun, surf—and the siren song of the open road? While tooling around on a motorcycle might not be the first image that comes to mind for a tropical island, such destinations offer a unique way to experience local culture while enjoying year-round warm weather.

At the Westin Resort & Casino in Aruba, motorcycle enthusiasts can take advantage of the recently launched Hog Island Package, which runs through Dec. 16 and includes discounted bike rentals, room rates starting at just $199, and guided tours from general manager and Harley owner Richard Roy. “I’m married to a local, so I know all of the ins and outs of the island very well, and I really enjoy taking people to places they wouldn’t have known before,” says Roy, who’s been referred to as the “Harley Hotelier.”

Insider Tips: Trips usually span 60-70 miles over two to three hours, depending on guests’ preferences, and stop at about five landmarks across the island. Among them are a visit to the quaint town of San Nicolas, the snorkeling haven of Baby Beach, and—adding a rough-and-tumble element of street cred to the excursion—a stop near Aruba’s prison (though Roy emphasizes with a chuckle that “we don’t visit anybody.”). 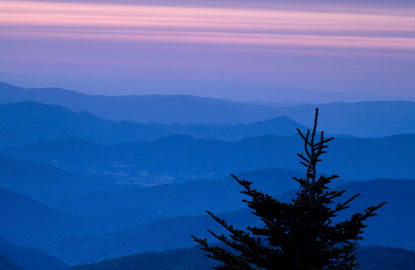 Virginia may be for lovers, but its breathtaking geography makes it an ideal destination for motorcyclists, too. (Not that the two are mutually exclusive, anyway.) Tourism efforts in recent years have continued to attract riders from across the globe, but the spectacular natural beauty of the Blue Ridge Mountains—so named for their bluish haze—and their deliciously twisty roads are a draw on their own.

The Parkway is 469 miles long, starting near Waynesboro, Va., and following the Appalachian Mountain chain along the Blue Ridge Mountains before ending in the Great Smokies in North Carolina. Scenic overlooks and campgrounds abound, several with lodge-style facilities, so you can stretch out your journey to absorb as much of the natural beauty as possible. The best part? No commercial traffic—so there’s nary a Starbucks or McDonald’s for miles (so make sure you plan well for filling up).

Insider Tips: Beyond the Blue Ridge Parkway, there are plenty of other epic routes across the state of Virginia. A few years ago, the state even started its own motor-cycle centric event, the Virginia Motorcycle Tour, which runs through October. Participants collect stamps for their passport at various stops, with a bevy of cycle-centric prizes awarded to the winners.

For newbie riders, and even seasoned veterans who want someone else to handle the logistics of a trip, motorcycle tours offer an enticing (though more expensive) option. But be careful in choosing tour operators, as they have varying levels of service, expertise, and safety.

One crucial factor to determine early on: How well the company is prepared for flat tires, mechanical issues, and inclement weather, says Chris McIntyre, founder and CEO of Eagle Rider, a California-based company that specializes in motorcycle rentals and tours. In addition, McIntyre notes, potential customers should ask whether the tour operator is using late-model, factory-serviced bikes and has a spare on-hand—which help mitigate the possibility of mechanical issues, and, therefore, delays for everybody.

“One bike goes down, and every single person is inconvenienced,” he says. “They’re all on the side of the road, waiting. This is a classic example of the group is as one, and if it’s not a reputable organization, you’ll pay the consequences.”

Other points to consider: group size (ideally, between eight and 15 people, McIntyre says) and making sure the support, or “chase,” van follows instead of leads the group, the latter of which some companies do to cut costs. That’s not ideal, McIntyre explains, because the vehicle can churn up debris and exhaust fumes – not to mention block that ever-important view of the horizon.