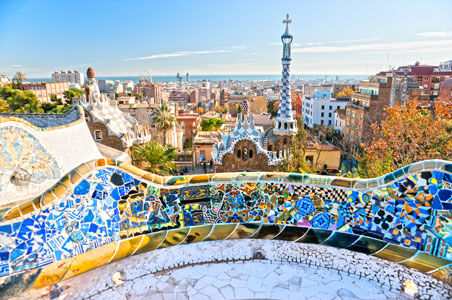 Few cities rival Barcelona for sheer chic and panache. From its sinuous sensuous Gaudí architecture to the stunning seaside setting, the Catalan capital seduces travelers with consummate style. A mere 4-5 hours away by car (one by air) lies the equally alluring San Sebastian, with its own beauteous beaches and dynamic dining, including a terrific troika of 3-star Michelin restaurants and numerous 1- and 2-star establishments that enshrine the Basque stronghold in the foodie firmament. The ideal itinerary allows at least a week to appreciate both cities. But assuming you spend an extra day or two upon arrival in or departure from Barcelona, you can cram the sights, sounds, and smells into a memorable 5-day/4-night jaunt.

Though Iberia flies from Barcelona in an hour, we recommend driving. There are two routes: one over the Pyrenees into France via the glorious walled town of Carcassonne then back again into Spain, the second skirting the vineyards of Rioja, one of the world’s great wine regions.

Day One. Lunch in Barcelona

Walk through the charming, twisting Barri Gòtic toward the Picasso Museum. After developing an appetite viewing the masterworks, repair down the block to the sleek but not slick Tapeo—think ultra-contemporary cafeteria, appropriately with a tapestry of tapas on tap. Indulge in anything from lip-smacking honey-mustard glazed ribs to a gossamer burrata, washed down with fine regional wines at 3 euros/glass. 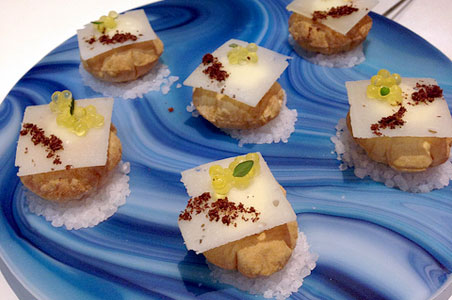 After the obligatory pilgrimage to Gaudí’s unfinished masterpiece, Sagrada Familia, followed by a stroll through the superb Fundacio Joan Miro museum, you’re ready for more Catalan fare with flair. Tickets, in the trendy Eixample neighborhood, is the theatrical offering from top toque Ferran Adrià (of the late lamented elBulli) and his brother Albert. You can try molecular morsels like spherical olives and liquid ravioli, best appreciated at the food bars where you can watch Tickets chefs stage the dishes. Make sure to request reservations on the website well in advance.

Though there’s a splendid three-star eatery, Celler de Can Roca in Girona north of Barcelona, stick to the route roughly paralleling the Costa Brava, a wild tango of surf and rock, then detour to Cadaques just off the French border. The fishing village tiptoes dramatically around several tiny coves; the must-see is the delectable Salvador Dalì Museum-House. Double back a few miles to Roses for the one-star Michelin Els Brancs, featuring sensational terrace views (closed mid-October-April). 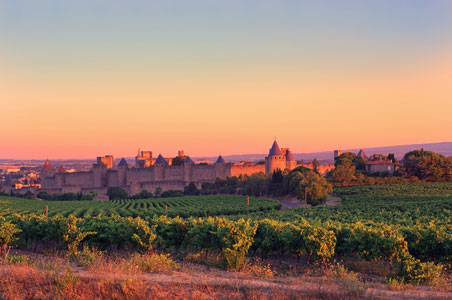 If you have time, detour into the delightful village of Banyuls-sur-Mer, just over the French border, and visit the wineries whose vineyards tumble down to the sand (the rich Port-like dessert wine, Banyuls, makes the ideal chocolate pairing). Continue to the majestic medieval walled city of Carcassonne, which out-Disneys Disney. Stay within the citadel itself at the Hôtel de la Cité, feasting in grandeur at La Barbicane, its Michelin-starred restaurant, where you can practically imagine knights, damsels fair, and troubadours as your fellow diners.

After a quick stroll through the old town, head back onto the highway, crossing the Pyrenees into Spain. Follow signs to Hondaribbia, a typically pretty Basque fishing village. Alameda is a Michelin-starred third-generation eatery where the three Txapartegi brothers (Mikel, Kepa, and Gorka) hold sway, turning out classic cocina vasca that they call "an emotional tribute to our grandmothers," emphasizing fresh local products. 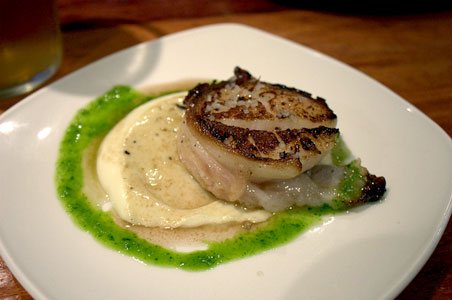 Despite its compact size, San Sebastian boasts three 3-star Michelin restaurants: Arzak, Akelarre, and Martin Berasategui, plus another (Mugaritz) that many consider their equal despite its "humble" two-star status. We salivate over all four, but tonight start with a tapas (or pintxos as they say in the Pais Vasco) crawl. Don’t miss the deceptively basic La Cuchara de San Telmo, with sinful grilled foie gras, veal cheeks, and goat cheese for a few euros each, washed down with bracing txacolí white wine.

We recommend a side trip to Bilbao (a short car or train ride) to admire the Frank Gehry-designed Guggenheim, but return to San Sebastian in time for lunch. Akelarre means "coven of witches" in the Euzkadi language; Pedro Subijana’s cooking will indeed have diners in a trance. The enchantment begins with the exquisite setting, overlooking the bay; the painterly presentations (seafood reigns supreme) and sophisticated taste and texture counterpoints are equally bewitching. 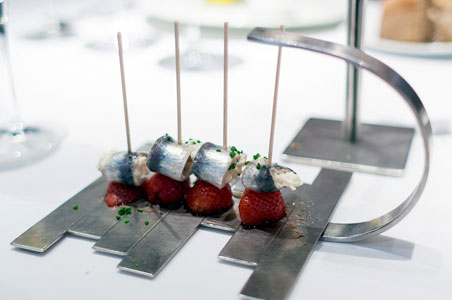 Spend late afternoon admiring the fin-de-19e-siècle neoclassical architecture fronting the bay. For dinner, the eponymous restaurant of Martin Berasategui offers arguably the city’s most traditionally elegant dining experience, replete with fireplaces and antiques. Or Arzak, set in a lovely 19th-century edifice, arguably the original bastion of Basque cuisine, where Juan Mari Arzak’s daughter has seamlessly joined him in the kitchen. Either restaurant provides a fitting coda to savoring innovative cocina vasca. 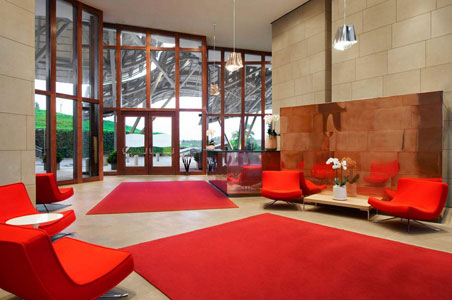 The alternate route, entirely within Spain, back to Barcelona is rather boring unless you make short detours into the wine region of Rioja. Going via Pamplona (where we’re bullish on Koldo Rodero’s namesake restaurant) is a bit more direct. But we recommend winetasting, dining (and, if you decide to enjoy one more San Sebastian meal, departing after lunch) overnighting at the amazing Gehry-designed "City of Wine" at the Marques de Riscal winery. The adjacent hotel of the same name, a visual feast of zigzags and walls tilting like Don Quixote at windmills, offers superb fare at its Michelin-starred eatery, as well as the state-of-the-art Vinotherapie® Spa by Caudalie.