Ever since those endearing little Hobbits first hit Hollywood, film fans have flocked to New Zealand in search of something tangible from the beloved films. And the country’s naturally enchanting and cinematic landscapes are fantastical enough to blur the lines between movie-make-believe and real life. And having been the onscreen stand-in for J.R.R. Tolkien’s “Middle Earth” throughout The Lord of the Rings trilogy, New Zealand is set to be featured again in all its epic, scenic glory in the upcoming The Hobbit: An Unexpected Journey (another three-parter).

While the cast of characters has been shuffled some since LOTR days, New Zealand’s jagged mountain peaks, rolling green hills, sweeping forests, dramatic glaciers, and volcanic valleys remain. And that makes it easy to trace a Hobbit trail through five essential locales that were all featured prominently in past films for your own “unexpected journey” through Middle Earth. 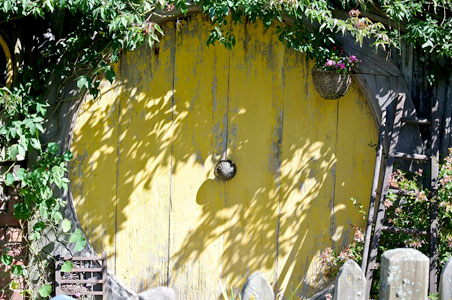 The sheep farm-turned-Shire at Hobbiton Movie Set Tours served as the Hobbit home base for Frodo, Bilbo, and the rest of the fuzzy-footed gang. While the original LOTR Shire set had been largely dismantled post-filming, The Hobbit brought an entirely rebuilt site that was left intact as a permanent attraction (now jointly owned by the original farm family and Peter Jackson). Guided tours run devotees through pastoral farmland and rolling green hills to the detailed set, chockfull of brightly colored hobbit holes and gardens (including Bilbo’s Bag End home); past the tall pine Party Tree; and on to Hobbit-inspired brews at the newly opened The Green Dragon Inn. 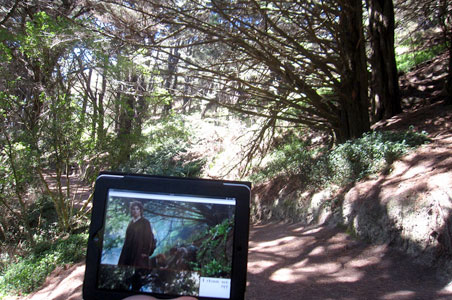 Find Hobbit-themed tourism’s epicenter in this artsy little capital and film hub, which recently hosted The Hobbit world premiere (at the stylishly refurbished 1920s Embassy Theatre). Pick up a free “Middle of Middle-earth” film map from the tourism office, for a self-guided tour of film-related spots around “Wellywood.” Or, head out with Flat Earth‘s guided half- or full-day tours to area film sites like the forests of Rivendell, or the quarry used as Helms Deep in Rohan and Minas Tirith in Gondor.

The Weta Cave serves as the shop-front for the Oscar-winning Weta Worskhop, the special effects studios behind Peter Jackson’s film empire. View film props and displays, catch a behind-the-scenes video, or pick up film collectibles. Entry is free, or you can book a new guided Window into Workshop tour for more comprehensive insight into the studio’s inner workings. 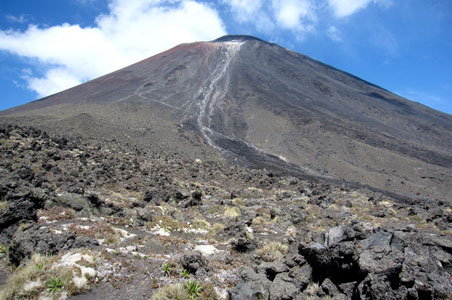 The looming and foreboding volcanic-pocked landscapes of Tongariro National Park supplied the sinister landscapes for Mordor and Mount Doom (with, of course, a bit of CGI help). Have your own go at a Frodo-esque journey by trekking past the steaming vents and scorched lava-flow terrain on what’s widely considered New Zealand’s best one-day hike: the Tongariro Alpine Crossing. The guides at Adrift Outdoor Adventures are nearly as good as the fellowship to lead your way, and the company’s owner worked with the LOTR team during filming (just note that the traditional crossing route has been altered due to a recent eruption). 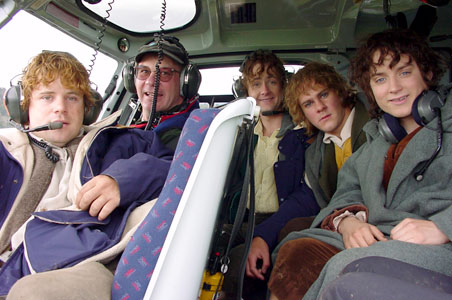 The sunny coastal enclave of Nelson welcomes visitors to the shop front of the creator of The One Ring at Jens Hansen Gold and Silversmith. Jens Hansen was the jewelry designer behind what’s perhaps the world’s most famous ring. Sadly, he passed away before seeing his creation immortalized in the films, but his sons continue his legacy here, where visitors can learn more about the various ring versions used in the film, and purchase replica ring keepsakes for a “preccioussss” of their very own.

Near Nelson, Reid Helicopters helped location scouts determine film sites, and shuttled cast and crew out for shooting—their two film-themed LOTR chopper tours land on the giant karst rocks of Mount Owen (or, Dimrill Dale, on the exit from the Mines of Moria), or the pinnacle rock formations of Mount Olympus (aka South of Rivendell), both in Kahurangi National Park. 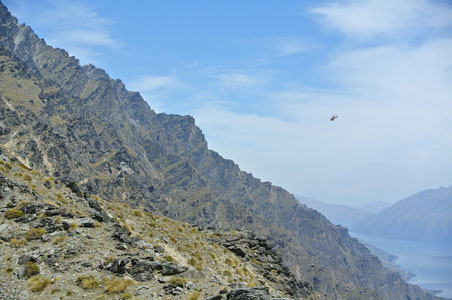 Queenstown’s dramatic mountain peaks and icy blue glacial lakes form a cinematic setting that gave rise to a hotbed of Hobbit sites, like the jagged snow-capped peaks of the Remarkables, which stood in for shots of both the Misty Mountains and Mordor. Get up to survey the Middle-earth scenery from above on LOTR flights with Glacier Southern Lakes Helicopters, whose pilots helped the film crew get aerial shots of sites like the schist slopes of Drimrill Dale and the Ford of Bruinen on the Shotover River.

Then, Nomad Safaris offers half-day, small-group “Safari of the Scenes” tours via off-road SUV tours, helmed by well-informed guides (or, try tours with their more budget-friendly counterpart, Paradise Safaris). Visit various filming locations—the forest realm of Lothlorien and Isengard near Glenorchy, the valley where the giant “oliphants” made way for battle, and more—and anticipate impromptu scene reenactments with supplied costumes and props. Don’t be surprised for fellow guests to quickly adopt character once properly cloaked and armed with weaponry—or, even if one or two amongst you proves well-versed in Elvish (the language of Tolkien’s elves).