Rome might have incredible cuisine, exciting cultural events, and more historical sites than you can shake a stick at, but even all that fabulousness can get stale when you combine it with incessant car honking, maniacal traffic, and city grime. You might find yourself longing for something else on your Roman holiday—something that will restore your sanity but won’t upheave your precious itinerary. What you need, good signor, is a day trip.

The Eternal City might not have been built in a day, but twenty four hours are all you need to experience some of the best attractions in its outskirts. Here are five great Roman escapes that will make you wish you’d booked more vacation time. 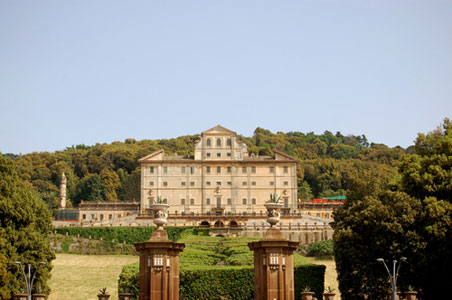 Just twelve miles Southeast of Rome, romantic Frascati is part of the Castelli Romani; a cluster of townships at the foot of the Alban Hills. Frascati is known for its beautiful villas—built by Popes or Roman aristocracy—of which the most famous is Villa Aldobrandini, with its stunning view of the entire town. Stroll through Piazza Marconi, Frascati’s main square, or have dinner at one of the antique taverns. Don’t even think of leaving Frascati without sampling Frascati DOC, the local white wine, or porchetta; crackly-skinned fatty roast pork stuffed with fragrant rosemary.

Indulge your Sweet Tooth: Antico Forno Molinari, a bakery renowned for its bambola frascatana cookies: crispy treats shaped like a woman with three breasts. Two for milk, one for wine. Presumably Frascati DOC. 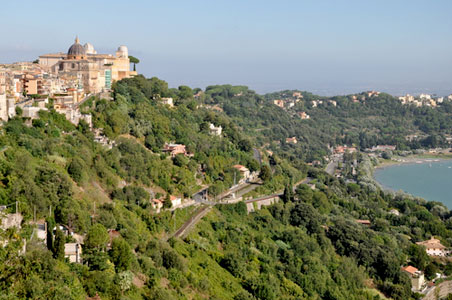 Also part of the Castelli Romani, Castel Gandolfo—with its lakeside view and Papal pedigree—is considered to be one of the most beautiful towns in Italy. It lies fifteen miles Southeast of Rome. Castel Gandolfo is on the coast of Lake Albano and, like many of the towns in the area, boasts impressive villas, including the Pope’s summer residence. The town’s proximity to Lake Albano makes it ideal for water sports—kayaking and canoeing are popular. Or squeeze in a few rounds of golf; the Castel Gandolfo Country Club offers attractive golf facilities to make your city retreat all the more relaxing.

Where to Eat: Pagnanelli has been serving delicious fare against a panoramic lakeside backdrop since 1882. Nowadays, the restaurant—run by its fourth generation of Pagnanellis—serves creative recipes like gnocchetti con vongole, calamari e tartufo nero , as well as traditional Roman dishes. 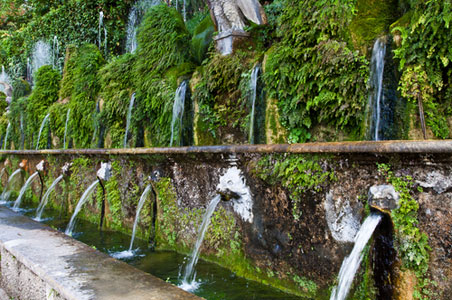 Whether your aim is to relive Roman history or to simply take in the tranquil beauty of its architectural treasures, Tivoli is a must-see when you’re in the Rome area. Located eighteen miles Northeast of Rome, Tivoli was once the Classical city of Tibur. It features the remains of Ancient Roman resort villas as well as the spectacular 16th century Villa d’Este, a UNESCO heritage site. Also worth checking out in Tivoli are Hadrian’s Villa and the Terme di Roma; a spa complex that’s just what the doctor ordered for Big City detox.

Insider Tip: The Villa d’Este is open each morning from 8:30 until one hour before sunset, so time your visit carefully. 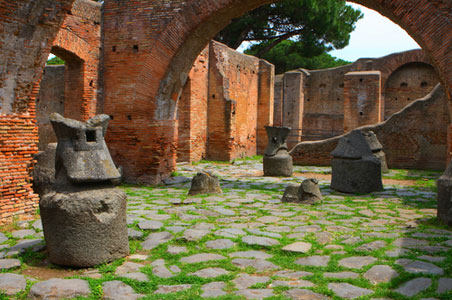 If you’ve had enough Fine Art to last you a lifetime, consider switching to the Archeaology Department. Ostia Antica—the harbor city of Ancient Rome—is one of the Lazio region’s most impeccably preserved archaeological sites. Just eighteen miles West of Rome, Ostia Antica’s immense network of ruins are a testament to everyday life in Ancient Rome. Explore the remains of Ancient Roman piazzas, baths, houses, frescoes, mosaics, taverns, Christian chapels, temples, a synagogue, a theater—even a fire brigade. If you’ve ever wanted to do as the Romans did, Ostia Antica is the place to learn how.

Insider Tip: You’ll want to take your time in Ostia Antica, so provisions are a must. There is a restaurant on the excavation site, but it’s often packed and isn’t especially cost-friendly. Bring a packed lunch with you instead, or stock up on snacks in modern Ostia Antica, just two minutes away. 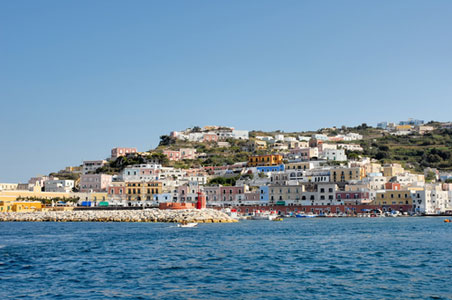 As chaotic as Rome can be, it’s easy to forget that the seashore is only a handful of miles away. Consider visiting Terracina—thirty six miles from Rome. The Roman Temple of Jove Anxur anchors Terracina’s South end while the Circeum Mountain&mdashthe legendary home of the Homeric witch Circe—anchors it on the North. Take a well-deserved dip in the Tyrrhenian Sea and when you’ve dried off, head up to Terracina Alta; the city’s exquisite ancient quarter. Enjoy culinary specialties like spicy boar sausage, syrupy-sweet muscatel wine, and bombe—fried, sugar-coated doughnuts served plain or filled with Nutella or cream.

Insider Tip: Terracina might be lousy with sand and surf, but during Beach Season (May to September) seaside fun comes at a price. The stabilimenti, beach establishments, will charge small fees for beach chairs, umbrellas, and use of the showers. There are a few free stretches of council beach, but they’re poorly kept and have no amenities.