News Robin Catalano Horses Run Wild on This Puerto Rican Island⁠—but for How Much Longer?
NewsExpatriate Tales: Living in Namibia 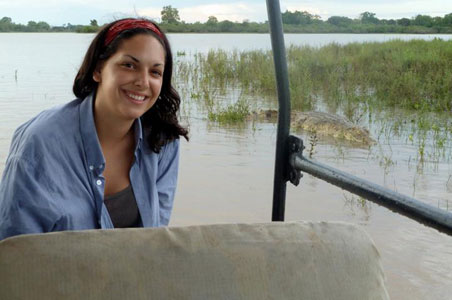 Isabel Sterne considered it a blessing in disguise when her department at Condé Nast’s concierge.com was terminated, therefore eliminating her job as editorial associate. This savvy New Yorker pulled a true travel journalist move and took the opportunity to pack up and head to Africa. Joining the Peace Corps early last year, Isabel brought two pieces of luggage to serve in the Sub-Saharan African country of Namibia. She hoped to immerse herself in a new culture while giving back to the community and enjoying a less hectic life. A day in the life? Eating zebra schnitzel, living in a nurse’s dorm, and wearing convertible pants in public.

What was your impression of Namibia before moving, and what’s it like now?

When I got my invitation to volunteer in Namibia all I knew was that it is in Sub-Saharan Africa. My initial impression of this region was stereotypical: I imagined thatched-roof mud huts, malnourished infants and child militia on flatbed trucks. Wikipedia research revealed Namibia to be the second least densely populated country after Mongolia, replacing any initial images with one of an endless empty desert.

When I arrived here, I saw how safe and geographically diverse the country is. The north, where the majority of the population lives, is lush and rich in tribal culture. The south, where I live, has wide-open sandy spaces and a stark beauty comparable to the American Southwest. 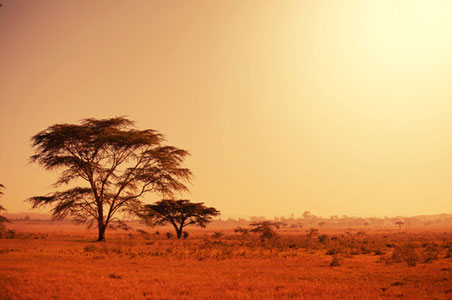 What are the challenges of living in Namibia?

Lack of entertainment. Before Namibia, I lived in New York City and was spoiled by the endless options for entertainment. Keetmanshoop, Namibia isn’t exactly a fun hub unless you are into Lang arm (traditional Afrikaans dance), beauty pageants or church.

Extreme weather is another challenge. The southern part of Namibia can get above a hundred degrees in the summer and below freezing in the winter. On top of this, sporadic strong winds cause me to have at least one layer of dirt-sand on my skin at all times.

Oh, and in a nation of meat eaters, I had to abandon my vegetarian ways to eat goat, zebra schnitzel, alligator and attend chicken-decapitation parties.

Is it easy getting around?

Well, getting transportation is tricky. I don’t have a car, so most of the time I rely on other people for transportation. Some locals get by with donkey-drawn carriages. Unfortunately, there is no stable at the nurse’s dorm, where I live.

What are some shocking things you’ve discovered in Namibia?

Drinking is a very big problem. It isn’t uncommon for me to walk outside on a Sunday and see one or two people passed out on the side of the road after a long night of partying. Actually, it’s not so surprising considering the lack of entertainment and high unemployment rate there.

On a less serious note, I’ve been surprised at the anything-goes fashion sense. Tough Namibian men walk the streets in colorful Kentucky Derby-esque sunhats. Herero tribe women sport five layers of Victorian-style dresses and hats made to resemble cow horns in hundred-degree weather. The upside is it takes the pressure off getting dressed in the morning—I never feel self-conscious about wearing my convertible pants out in public.

What are some striking cultural differences in Namibia?

The focus on race. Apartheid ended in Namibia recently, in 1990, so while the country has come a long way, racist attitudes still pervade not only between whites and blacks, but also between different tribes, and people of various mixed races.

The retro attitudes on gender roles are also striking. Some men in Namibia still view women as second-class citizens and will carry on relationships with five or more different women at the same time. 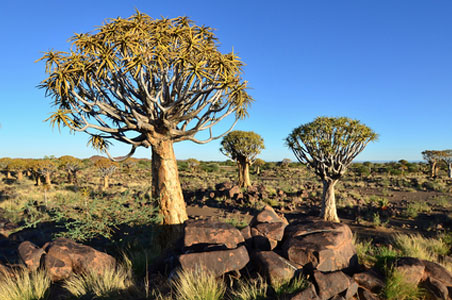 What are some great attractions tourists may miss?

Most tourists skip the southern part of the country completely, opting instead for a more central or northern Namibian adventure. Tourists go straight for the dunes of Soussusvlei, the German seaside town Swakopmund, or for safari in Etosha National Park, but if you are looking for a more unconventional Namibian holiday the south also has much to offer. The Quiver Tree Forest, 10 miles outside Keetmanshoop, looks right out of a Dr. Seuss book. Tourists can pitch a tent for the night, grab a six-pack, and watch the sun set over a forest of ancient spiky trees. If that gets boring, there are also a couple of caged cheetahs on the premises, which tourists can feed every evening.

To the south is Fish River Canyon, the second largest canyon in the world (after the Grand Canyon). Book in advance and you can get a permit for a 5-day self-guided hike. For the more “urban”-inclined tourists, there is also the quaint southern seaside town Luderitz, known for its world-class oysters, ghost town Kolmanskop, and penguin colonies just a short boat ride away.

Do you have a favorite local restaurant?

Namibia is not exactly a foodie destination. The specialty here tends to be boiled game meat and mayo-heavy macaroni salad. If you find yourself hungry in Southern Namibia, I suggest making the haul over to Luderitz’s Shearwater Oyster Bar. The excellent restaurant is tucked away at the top of a staircase in the oyster-processing facility.

Anything new and noteworthy in Namibia?

The place to find the “new and noteworthy” is definitely the capital Windhoek. Windhoek offers all the comforts of urban civilization: restaurants, museums, music clubs, etc. Be sure to check out the calendar at the Franco Namibian Cultural Centre (FNCC) for the latest in cutting-edge documentary films and art exhibitions.

What is the best souvenir to bring home?

Springbok horn bottle opener, hands down. They sell these things at almost every craft stand you will encounter. Be sure to barter if you want a good price!

Jimmy Im is a freelance travel writer based in LA. He’s hosted programs on the Travel Channel and LOGO, and makes regular appearances on morning news shows as a “travel expert.” He teaches travel writing courses and is also cofounder of OutEscapes.com. Follow him on Twitter: @dieselmad.