News Apeksha Bhateja Have $340,000 and Want to Vacation in a Survivalist's Paradise?
NewsBoost Your European Vacation in These Best-Value Destinations

Boost Your European Vacation in These Best-Value Destinations

Fodorites rejoice! With the dollar now at a multi-week high against a sinking euro, European travel is looking evermore affordable. And since Fodor’s readers have just picked the best spots in Europe for value in 2012, we’ve taken the top five choices—Spain, Austria, Ireland, Greece, and Belgium—and zeroed in on outstanding deals and attractions in each of them. From free admission at a world-class museum in Spain to an amazing vacation rental offer in Ireland, the deals in these European destinations offer high style at a fraction of the price. 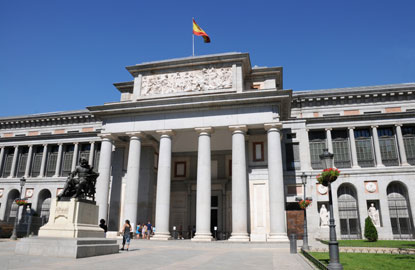 Spain’s currently troubled economy is proving a welcome boon for budget-minded travelers, offering numerous ways to soak up culture in its cosmopolitan cities and sun on its beaches at affordable prices. Sample Madrid and Barcelona with EuropeanDestinations.com’s six-night tour, including hotel stays, daily breakfast, and round-trip airfare from a wide range of U.S. cities (from $961 per person).

On International Museum Day (May 18), visit Spain’s most popular tourist attraction, the Museo del Prado, all day for free, and take in five centuries of Spanish art by masters like Goya, El Greco, and Bosch (note that the museum is always free in the evenings and for those under 18 or over 65 years of age). Also of note: Iberia Express, Spain’s new low-cost airline, just launched at the end of March with fares starting at $33 one-way. 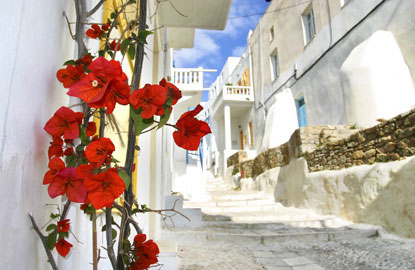 Another economic crisis turned budget travel opportunity, bargains are abundant in Greece this year. Shave 50-percent off last-minute G Adventures’ 7- to 14-night Greek Islands itineraries on cozy, 50-foot yachts (carrying just eight passengers) and throw back ouzo with locals at tiny tavernas, make bonfires on deserted beaches, explore ancient archeological sites, and dine on super-fresh seafood. Discounted itineraries are available from Athens to Mykonos (April 29 departure), Santorini to Mykonos (May 13), Santorini to Kos (May 6), and more (book by April 28 with promo code G12GRKSAIL50; rates from $700—note meals and airfare are not included).

As for free festivals and other goings-on, check out brilliant floral displays featuring tulips, hyacinths, and begonias, in addition to rare native plant species, in numerous neighborhoods during Athens in Bloom. At the end of May, herald summer with the Rhodes Flower Parade, where stalls selling delicious local food and island wine line the main street. Before leaving, partake in a panegyria—a free feast put on by villages throughout Greece several times a year in honor of various saint days, featuring free food, music, and dancing.

Where to Stay: Prepay your booking online at the Mykonos View and save up to 45 percent on summer stays. Just five minutes from the bustling, whitewashed town center, the hotel offers free Wi-Fi, an outdoor pool, and tidy studio rooms all equipped with kitchenettes and satellite TVs (from $148/night). 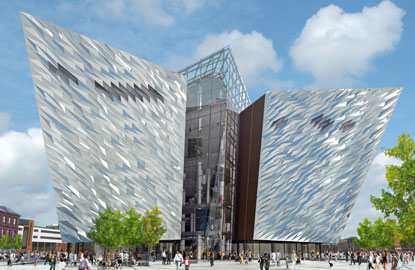 Few other European countries offer as many friendly ways to save on a full-scale vacation, from Dublin’s free walking tours (every day, rain or shine, at 11am and 1pm) to a handful of can’t-miss package deals this spring. Forgo the usual hotel stay and opt for Isle Inn Tours’ six-night "Home Sweet Home in Ireland" itinerary, situating you in a spacious two-bedroom apartment in southwest Killarney for one week with an automatic car rental (including insurance), $450 worth of discounts and vouchers to must-see attractions (like the towering Cliffs of Moher), and cleaning service—all for the "say-what!?" price of just $319 per person. Alternatively, book by May 15 and receive 50-percent off Authentic Ireland’s "Irish Castle Fantasy," for seven straight nights of stays in historic castles, car rental, fjord lunch cruise, and entrance to the 5,000-year-old Newgrange tomb of high kings (discounted rates from $859/person).

Plus, enter to win a free trip to Northern Ireland via Tourism Ireland; the contest ends on April 22.

Where to Stay: The four-star country house-cum-hotel Gregan’s Castle, located an hour north of Galway in the Burren, is offering a special internet rate of $234 per night, including full Irish breakfast (full payment must be made at time of booking). 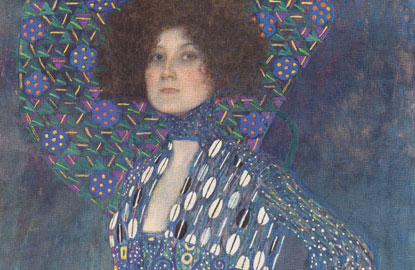 For a heavy dose of classical culture on the cheap, venture to Vienna. Attend the Vienna Spring (now through May 13) and Wiener Festwochen (May 11–June 17) festivals for a taste of elite opera and classical music concerts (dozens of performances offer free admission). Next, hit up Klimt 2012, a year-long anniversary tribute to Vienna’s art nouveau genius on (what would be) his 150th birthday. A lineup of never-before-seen exhibits is set to be showcased throughout spring, like a collection of textiles by the modernist’s muse Emilie Flöge at the Austrian Museum of Folk Life and Art (opens May 25).

Book the Vienna Tourist Board’s timely "Klimt Package" (from $117 per person), including two nights in a four-star hotel; a Vienna-Card netting you 72 hours of free access to all manners of public transport, plus sightseeing and shopping discounts; 15-percent off early-bird bookings; a glass of wine on the open-air Summerstage venue at the Danube Canal; and your choice of a private guided tour of the Vienna’s romantic spots or free entry to the Belvedere Palace, which boasts the world’s largest collection of Klimt paintings, including Kiss and Judith I.

Where to Stay: Opening in August, the Leonardo Hotel Vienna offers early-bird rates of 20-percent off (rates from $117/night), while standby NH Belvedere, also in Vienna, is notable for its bevy of promotional rates: Look for last-minute discounts of up to 35-percent off on long weekends until May 1 (rooms from $59/night). 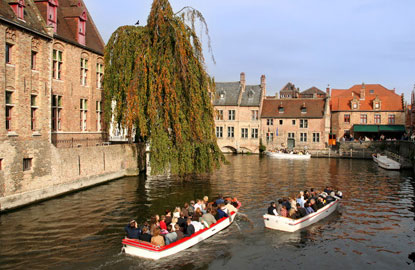 While the Belgium Tourist Office is heralding 2012 as the "Year of Gastronomy," for us, beer is still the main attraction! Take Hotel Navarra’s new "Deluxe Beer Package of Bruges": You’ll receive a two-night stay at Hotel Navarra, an elegant 17th-century mansion turned 94-room hotel; daily breakfast; and of course, a beer-themed walking tour, visit to an artisanal brewery, and beer tasting (from $173 per person). Another great-value experience in the Flemish "Venice of the North" (aka Bruges), QuasiMundo’s bike tours wind along the city’s canals and cobblestone backstreets past windmills, rolling plains, and parishes, including a pit stop for beer and Belgian waffles at a local café (rates from $33 per person, including bike rental, guide, and a drink).

Or, travel through Belgium by rail on an six-night journey from Gate 1 Travel, starting in Brussels and ending in Amsterdam, featuring three-night stays in each city (rates from $599 per person, sans airfare).

Where to Stay: The Thon Hotel EU opened April 1 in Brussels, featuring 405 bright rooms (plus 37 apartment rentals) with modern touches (like, say, using your smartphone as a room key) at reasonable rates (from $90).