News Apeksha Bhateja A Volcano Eruption Taught Me Something Unexpected About Travel
Home  >  News   >   Customs and Etiquette in England: 15 Things Every Visitor Should Know

Customs and Etiquette in England: 15 Things Every Visitor Should Know 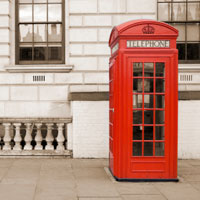 Is it a faux pas to order orange juice in an English pub? Is calmly waiting in line a sign of moral fortitude? Know before you go! To learn more about customs and etiquette in England, read on.

In general, British and American rules of etiquette are much the same. Differences are subtle. British people find American and Canadian bluntness somewhat startling from time to time, but are charmed by their friendliness.

British people tend to take politeness extremely seriously. They say “thank you” at every stage of a financial transaction, but are less likely to offer a “God bless you” should a stranger sneeze.

The famous British stiff upper lip is more relaxed these days, but on social occasions the best option is to observe what the others do, and then go with the flow. If you’re visiting a family home, a gift of flowers is welcome, as is a bottle of wine, or maybe some candy for the children—but not all three.

British people will shake hands on greeting old friends or acquaintances; female friends may greet each other with a kiss on the cheek. In Britain, you can never say please, thank you, or sorry too often; to thank your host, a phone call or thank-you card does nicely.

As in the United States, in public places it is considered polite to give up your seat to an elderly person, to a pregnant woman, or a burdened parent struggling with young children and bags.

Sometimes if only a woman is standing, men will offer her their seats. Jaywalking is not illegal in England and everybody does it.

British people take waiting in line (called “queuing”) incredibly seriously. They highly value patience, and will turn on “queue jumpers” who try to cut in line with some ferocity. Complaining while waiting in line is considered wimpy. Enduring the wait with good humor is considered a sign of strong moral character.

The single thing you can do that will most mark you as a tourist—and an impolite one—is failing to observe the written and spoken rule that, on virtually all escalators but especially those in tube stations, you stand on the right side of the escalator and leave room for people to walk past you on the left. Commuters are far too impatient to wait for the escalator to make its way to the top or the bottom, and they need to be able to rush by you. If you’re in their way, they’ll never forgive you.

Etiquette in restaurants is much the same as in any major U.S. city. In restaurants you hail a waiter by saying “Excuse me…” as one passes by, or by trying to catch their eye by politely signaling with subtle hand signals. It is common to have drinks before dinner, and wine with dinner.

Tipping is done in Britain just as in the U.S., but at a lower level than you would back home. Tipping more can look like you’re showing off. Do not tip movie or theater ushers, elevator operators, or bar staff in pubs—although you can always offer to buy them a drink. There’s no need to tip at clubs (it’s acceptable at posher establishments, though) unless you’re being served at your table.

You’re generally expected to dress “casually smart” for the theater (suits or nice jackets for men, skirts or nice slacks for women), and those going to nightclubs will dress just the same here as they would in New York or Chicago—the flashier the better. Pubs are very casual places, however, and jeans and tennis shoes are perfectly acceptable there.

Note that most pubs do not have any waitstaff and that you are expected to go to the bar, order a beverage and your meal, and inform them of your table number. Also, in cities many pubs do not serve food after 3 pm , so they’re usually a better lunch option than dinner.

A common misconception among visitors to England is that pubs are bars. Pubs are also gathering places, conversation zones, even restaurants. In many pubs alcohol is almost an afterthought. Pubs are, generally speaking, where people go to meet their friends and catch up on one another’s lives. In small towns pubs act almost as town halls.

It is not uncommon for some people to order soft drinks, tea, or coffee, rather than beer. Even if you don’t drink alcohol, go to a pub and have an orange juice or a soda, relax, and meet the locals.

Traditionally pub hours are 11-11, with last orders called about 20 minutes before closing time, but pubs can choose to stay open until midnight or 1 am , or later.