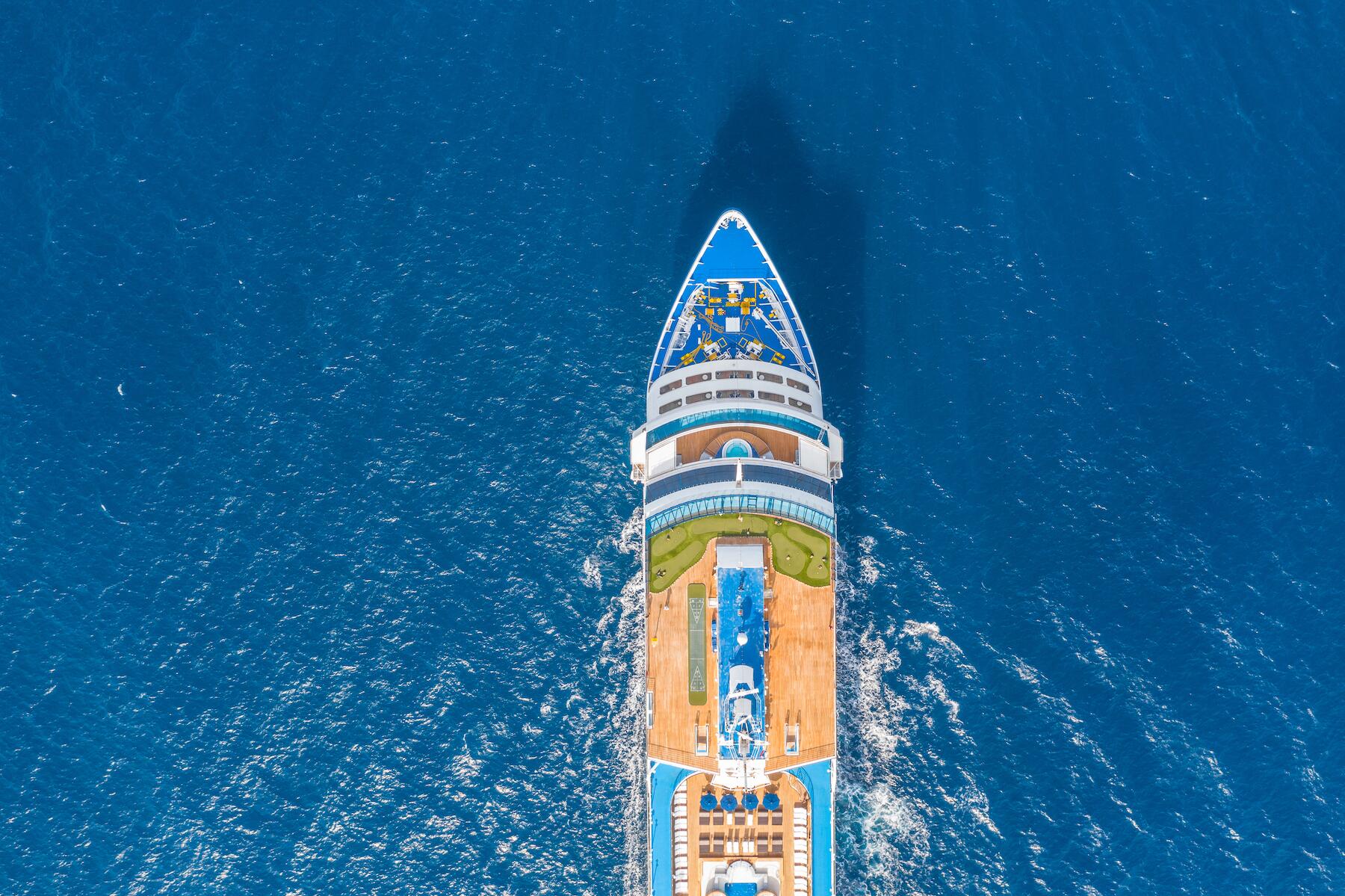 Cruises & Crossings Valentina Li Naked Parties and Public Sex: I Went on a Cruise With 300 Swingers

There’s a new ship in town.

It feels like only yesterday when the Norwegian Encore was a tiny little baby ship I visited in the hospital (aka shipyard) at Meyer Werft in Papenburg, Germany. That was a year ago, though, and since then, the Encore, the newest ship in Norwegian’s Breakaway Plus-class fleet, has grown from a young piece of metal into a fully formed, huge, gigantic luxury cruise ship. 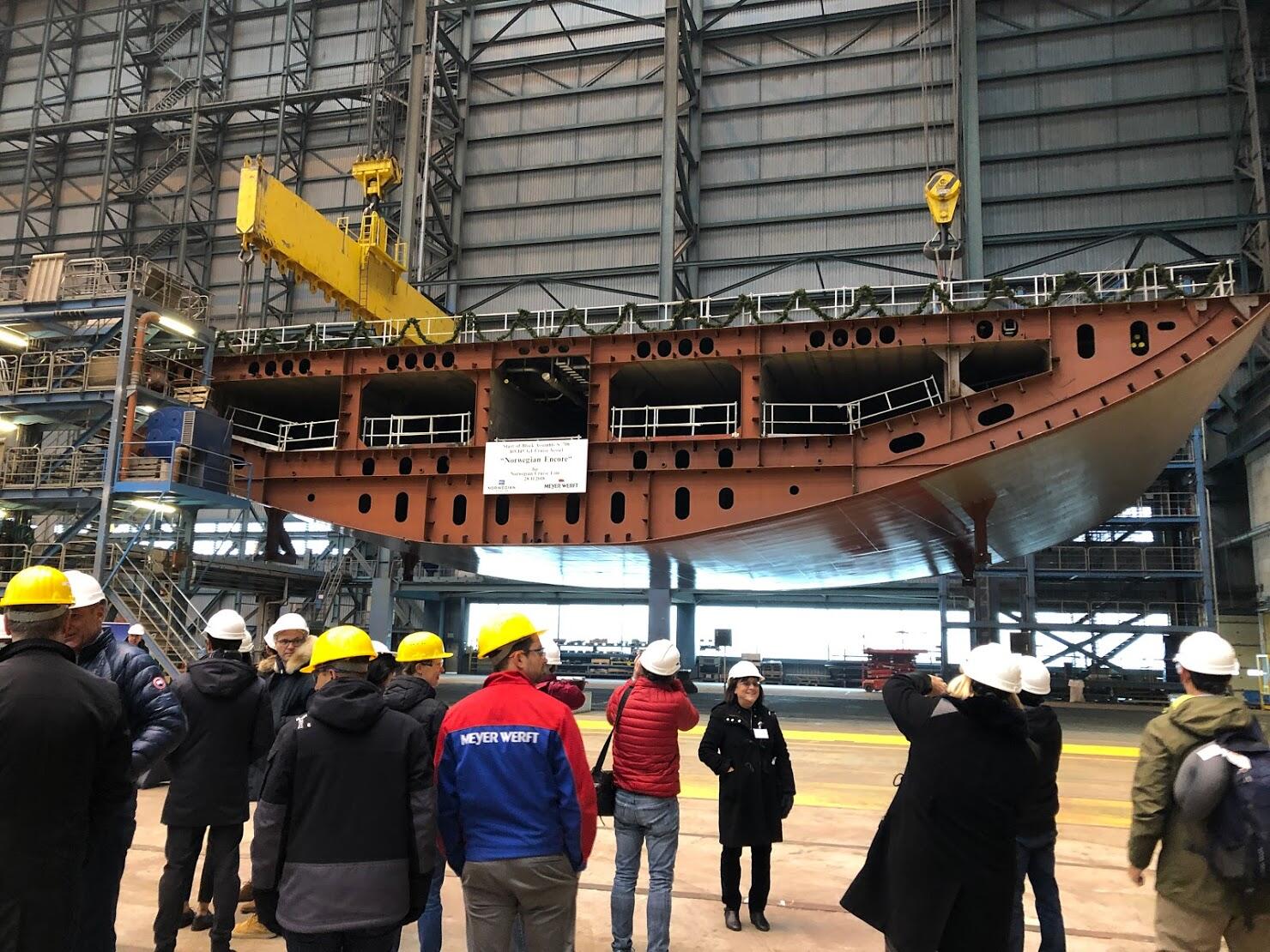 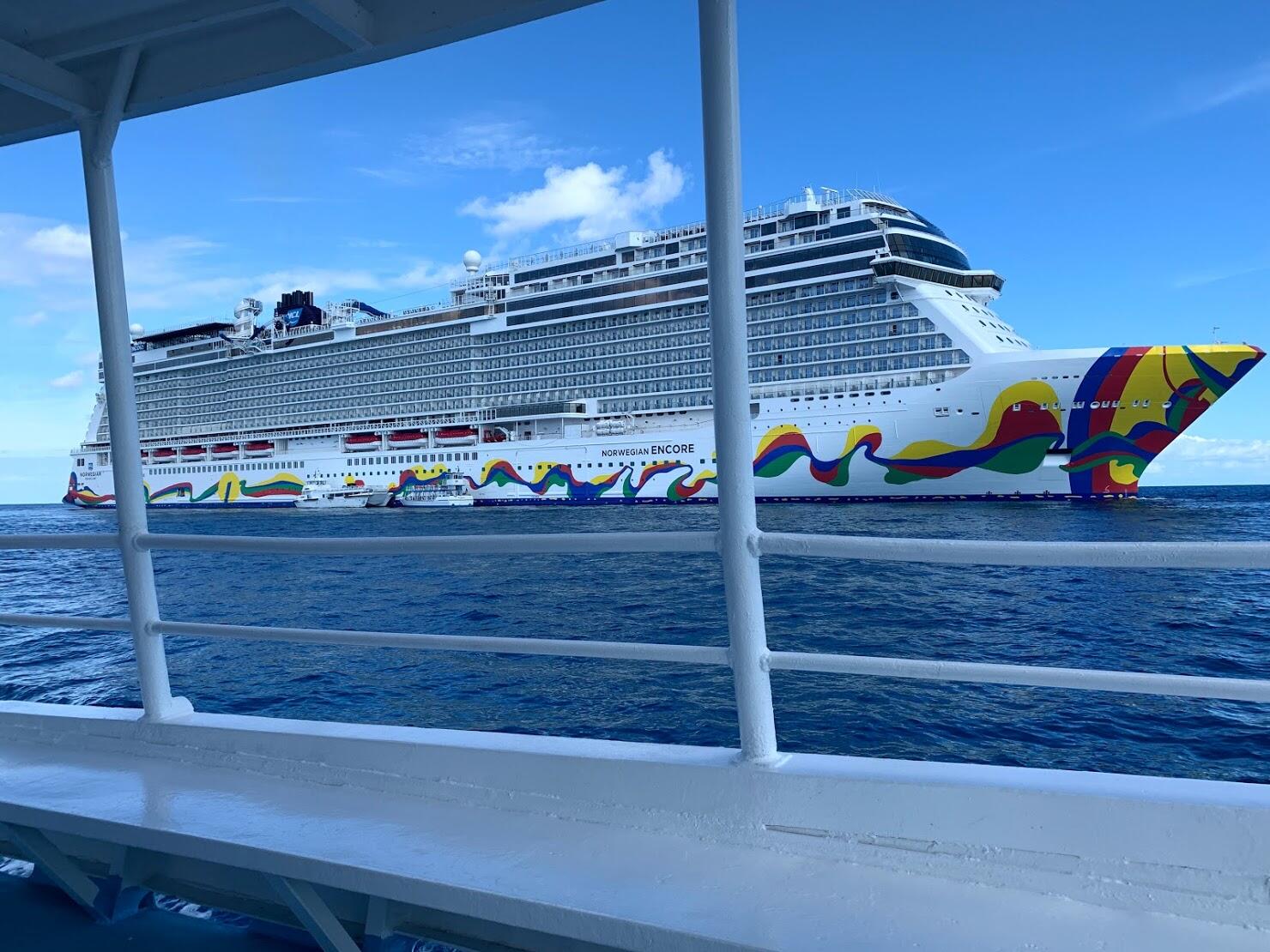 It only took one year for this little piece of metal to become this strapping ship.

The Encore—which currently offers seven-day voyages to the Caribbean from Miami, and will begin offering Bermuda, Canada, and New England voyages in April of 2020–is certainly bigger than most ships. First of all, it has a go-kart race track, some gigantic water slides (essentially a waterpark), a laser tag arena, and a virtual-reality pavilion, all in addition to the many restaurants and bars and spa (you know–the regular cruise things). Plus, the Encore is home to two of the best shows available to see at sea–Kinky Boots and The Choir of Man.

Before sailing out on her big inaugural cruise from the Port of Miami to Stirrup Cay in the Bahamas, Encore was honored at a grand christening ceremony, featuring ladies in water bottle dresses, Broadway musical numbers, and a guy who looked like he was broadcasting straight from the apocalypse. 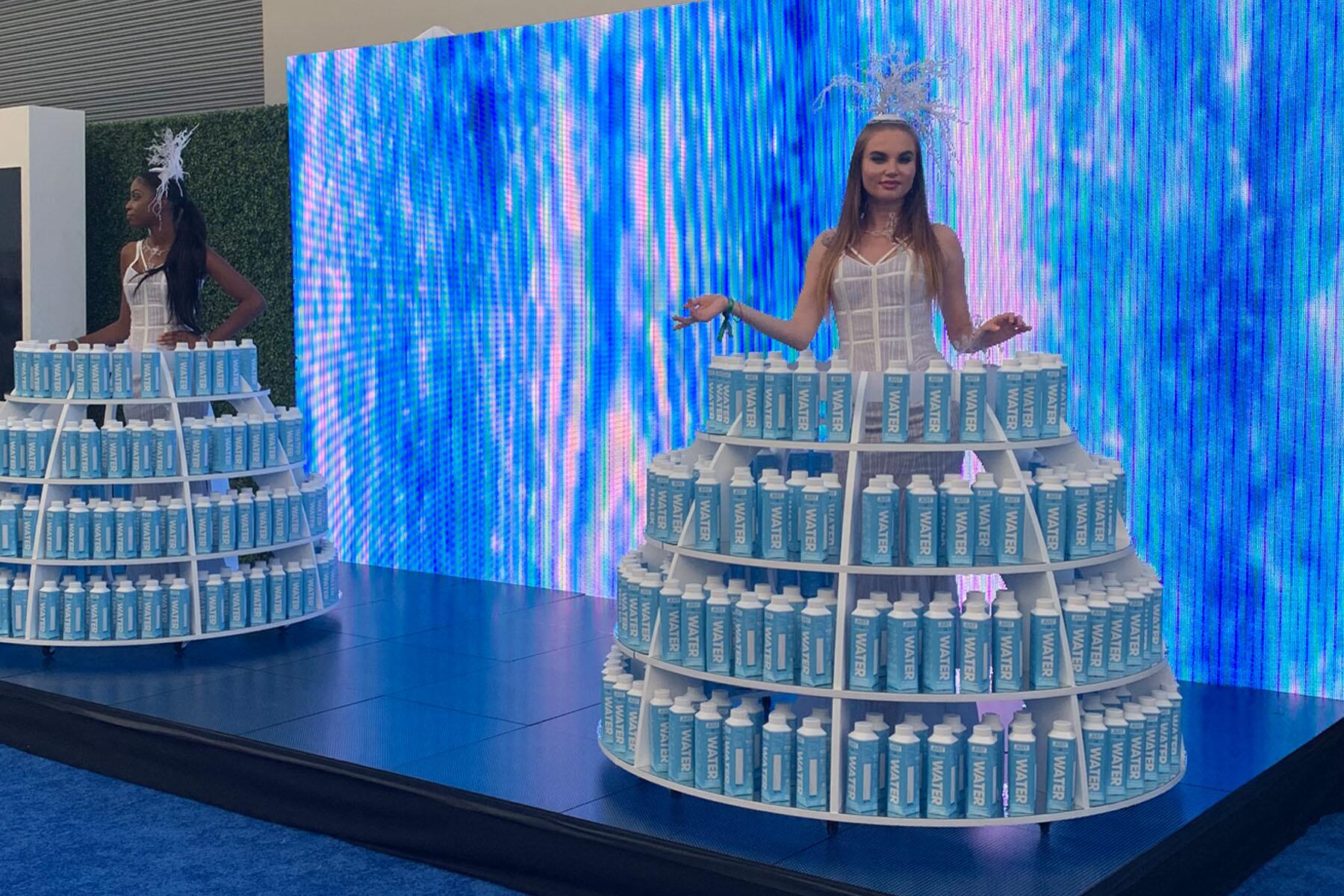 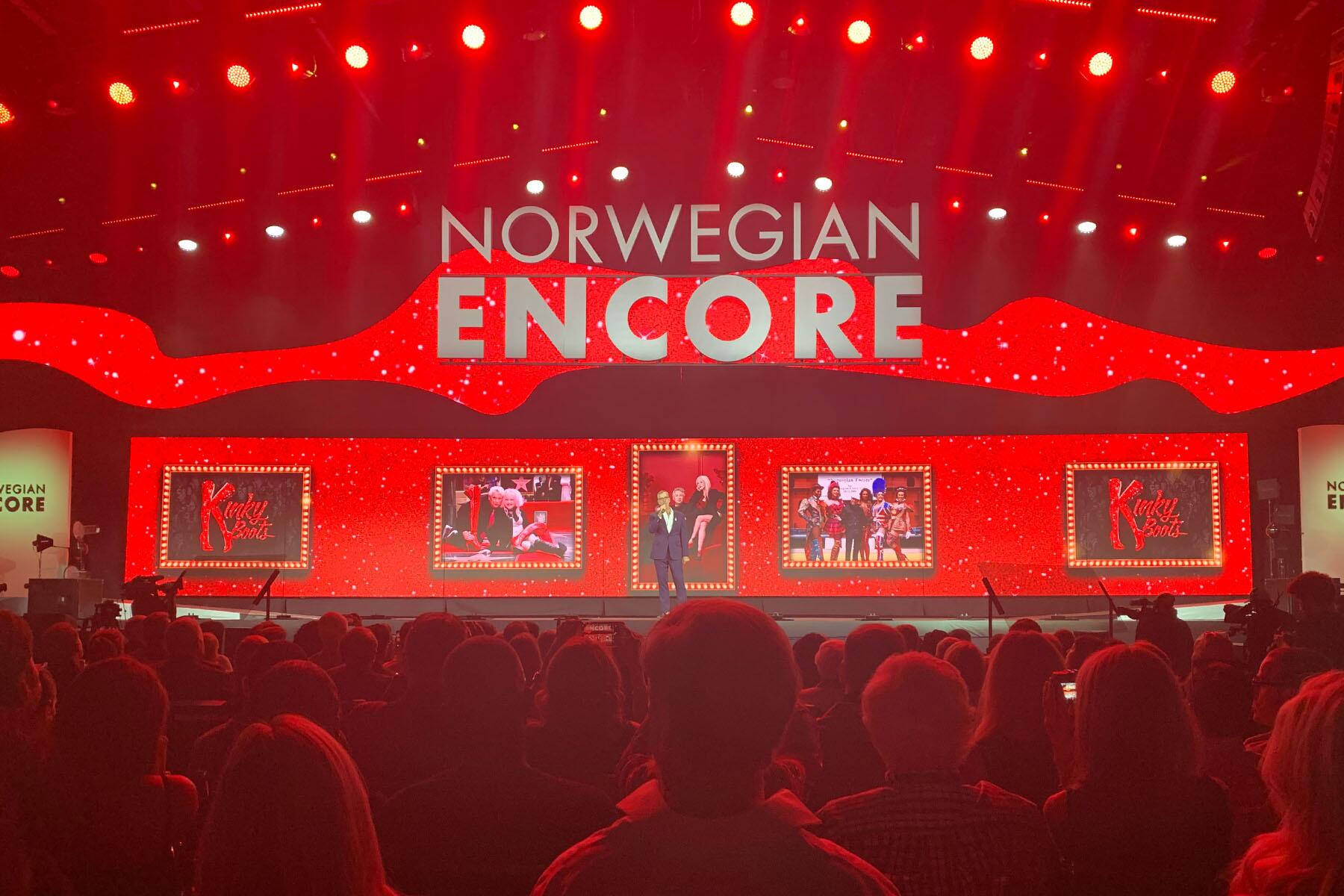 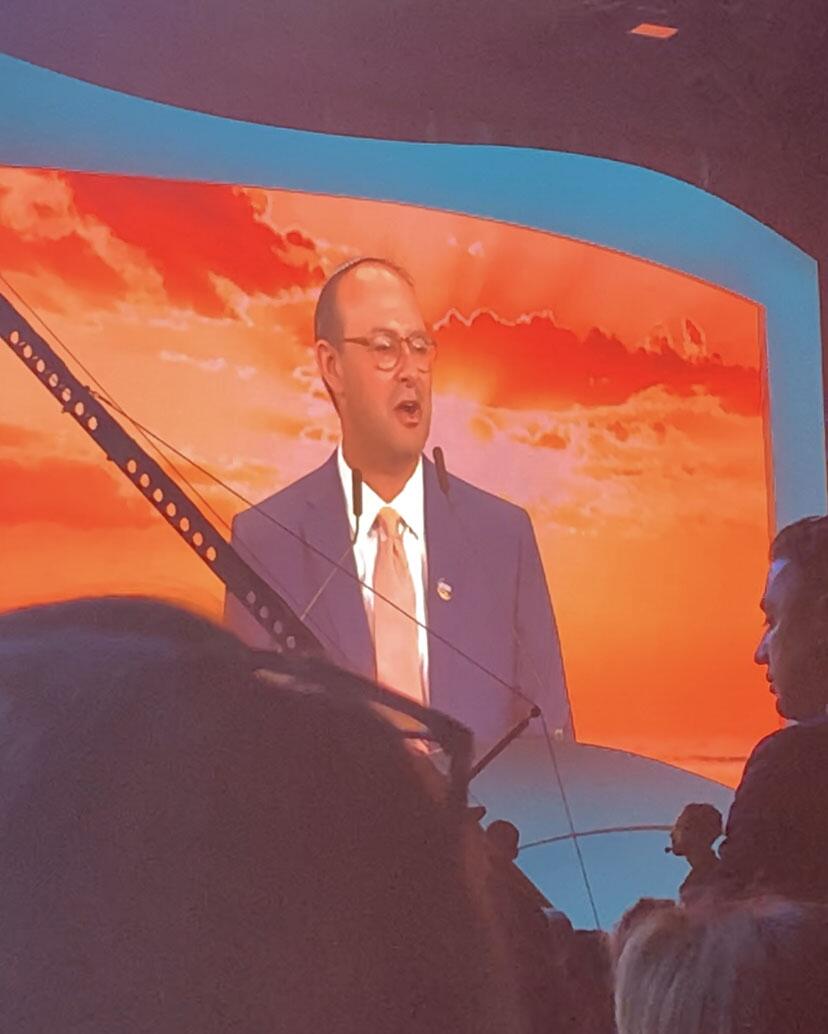 1.The water-bottle dress. 2.The big musical number.3. And, live from the apocalypse, it’s this guy!

It all came to fruition when the ship’s new godmother took the stage, christening the ship and readying her to set sail. Please welcome, godmother to the Norwegian Encore, Kelly Clarkson.

Cruises & Crossings Valentina Li Naked Parties and Public Sex: I Went on a Cruise With 300 Swingers

So, how should you spend your time while onboard the Encore? Well, I have gone ahead and planned one perfect sample day for you–yes, only one, I’m not going to sit here and tell you how to spend seven whole days. Here’s what a perfect day aboard the Encore looks like.

You Wake Up at 8 a.m., Slightly Hungover But Not Horribly

Okay, last night was the first night of the cruise, so obviously, you were excited and had maybe one Prosecco too many–it happens. It’s time to get your little buns to the Garden Cafe buffet, my dehydrated friend. First of all, get a few glasses of water and set yourself up at a table near the window (gotta look at the sea as you eat breakfast, of course). Then: Take whatever you want to eat from anywhere in whatever quantity you choose (this is a buffet, after all). That’s it. That’s your only instruction.

Let’s get this out of the way: Book your show tickets. The Norwegian Encore has several incredible show options, including the aforementioned Tony Award-Winning musical Kinky Boots, which features original music and lyrics by music icon Cyndi Lauper. Kinky Boots is the story of an unlikely partnership between a shoe factory owner and a wicked-amazing cabaret drag queen that delivers a clear message of equality–truly promoting being who you want to be.

Another excellent show option is The Choir of Man, which is a fun and friendly show filled with songs you know and love performed by (sorry) a bunch of very cute men. And when I say it’s a “friendly” show–I mean it. Before it begins, the actors welcome everyone onstage (which is an actual bar) for a beer. Yes–a real beer. The bartender pours everyone a large Heineken, the audience goes back to their seats, and the show starts.

Look Wistfully at the Sea

Are you any less hungover now? A little? Great. After you do this step, you’ll probably feel completely better and therefore it will be time to drink again. Now, it’s time for you to stare wistfully at the sea. This instruction should be used intermittently throughout all of your other plans, when needed. While you are on this cruise, you must set aside time for this. Remember to look as melancholy as possible–perhaps think about something bad that upsets you. But then, take solace in the serenity of the ocean and let it heal you.

INSIDER TIPIf anyone feels like emailing me to say that this isn’t advice, please consider this: It is advice.

You most likely didn’t go too hard at breakfast, so please, at this point, make your way back to the Garden Café for a light lunch before our afternoon activities commence, where you’ll find anything from salads to burgers to… pretty much whatever you want. Sometimes, on special days, there’s a whole seafood buffet. Why am I telling you to go back to the same place as you went for breakfast? Because it’s a buffet and you’re on a cruise—don’t argue with me about this.

Okay, so, you’re definitely not hungover anymore, right? And you’re nice and full from having a good meal? Okay, great, then it’s time to head on over to the Galaxy Pavilion and do some adventuring… in virtual reality. The Galaxy Pavilion is a VR dreamland comprised of a bunch of “rides”–you can hang glide across some mountains, fight zombies, battle cave-dwelling demons, or get chased by dinosaurs–and the best part is that you don’t actually have to do anything. You just put on some goggles and sometimes you have to press some buttons.

INSIDER TIPIf you are prone to motion sickness, these attractions might not be for you. Also, I would not recommend drinking a bunch of alcohol and then going into a VR game–but I’m sure you wouldn’t do that anyway (and neither would I, of course).

Sit on the Loungers on the Deck

Okay, that was a lot of adventuring. Let’s have a little rest on these poolside loungers outside the Galaxy Pavilion. Just take a little seat and rest your eyes.

Oh, dammit, did you fall asleep? That’s okay! You weren’t out for very long! You needed that nap–you just killed a bunch of zombies and had to fight off a bunch of cave demons. It’s fine! Anyways, let’s go get a beer at the District Brew House–here you’ll find more than 50 bottled beers and 24 draft beers on tap.

What kind of dinner are you thinking about doing, hm? Want something super casual? Try The Local (traditional bar and grill food) or the American Dinner. Something a little fancier? Watch the chef make your meal at Teppanyaki or get a steak at Cagney’s Steakhouse.

See The Choir of Man

You were smart enough to reserve your tickets in advance and because of this, you do not have to wait in the massive standby line that forms before each and every show performance on the ship. Just scan your ticket and walk right in! The actors will come out around 20-30 minutes before showtime and invite everybody up to come and get a beer on stage–heck, they might make you stay up there and have a conversation with them! Then just sit back and enjoy the show–and your beer. 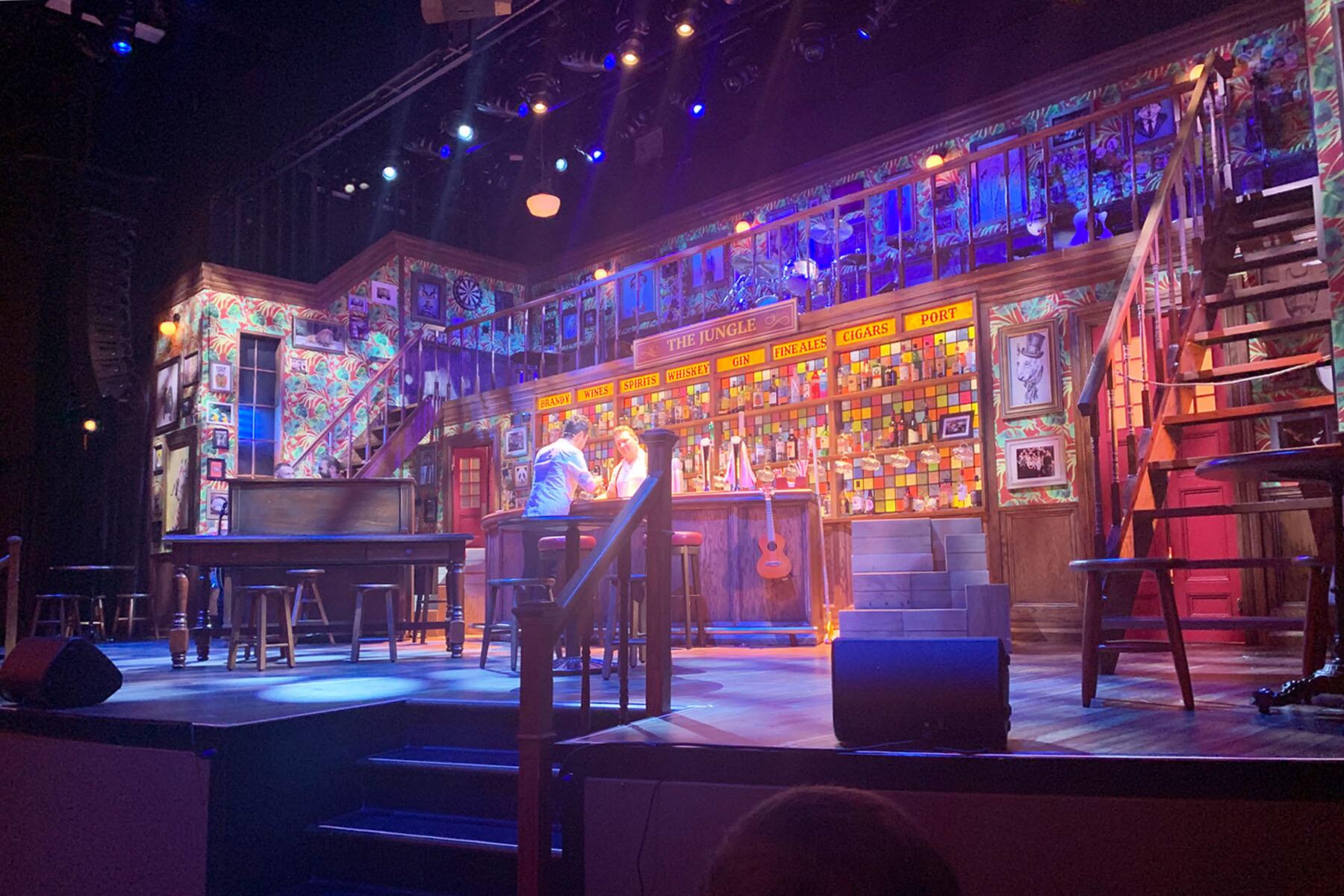 INSIDER TIPYou cannot just walk back onto the stage and order another beer WHILE the show is going. It’s not that kind of bar, friend.

If you’re not music-ed out, head over to Q (right underneath the theater), where you can dance and drink as a contemporary country band plays—and also just enjoy the atmosphere of the place (it’s cool). 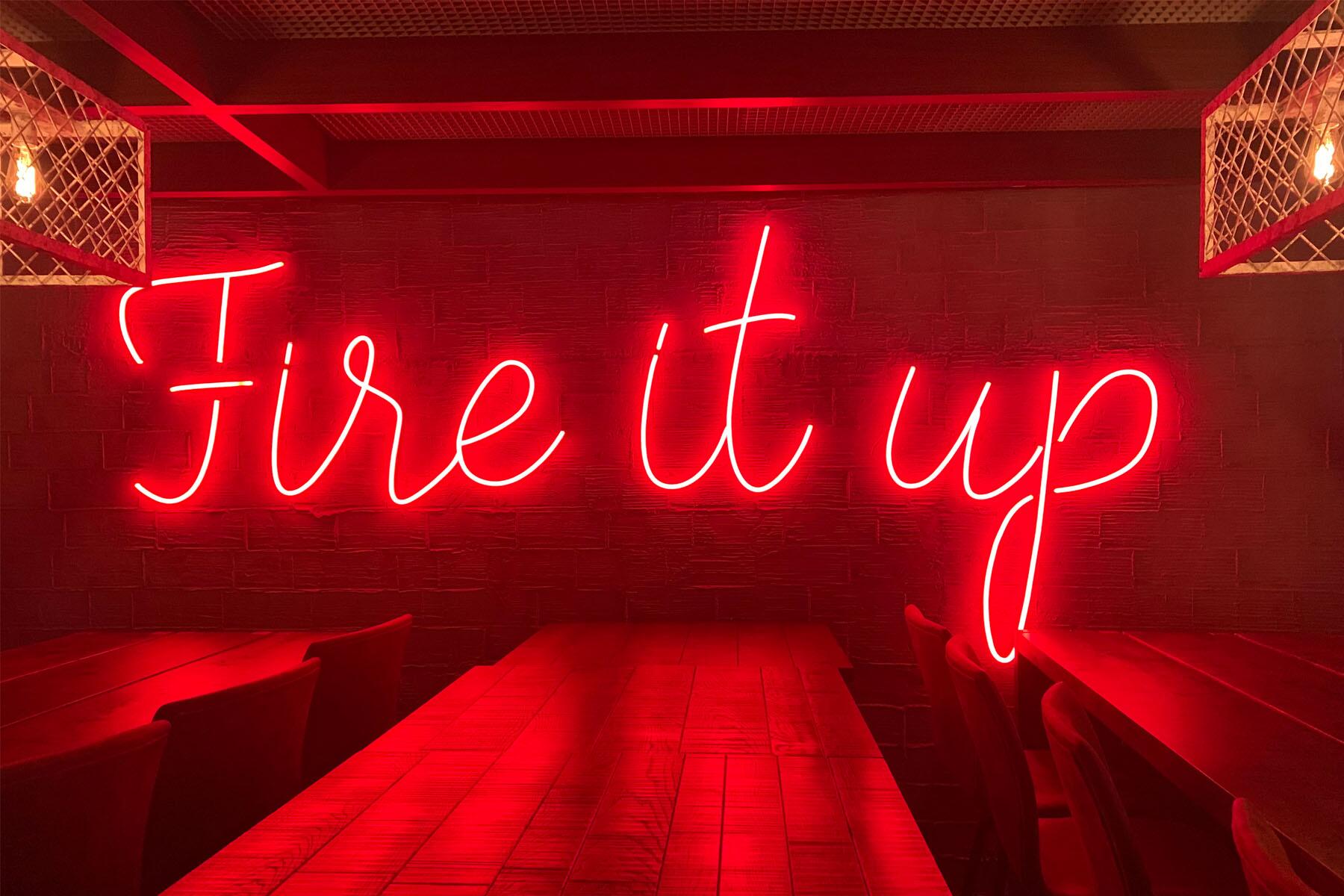 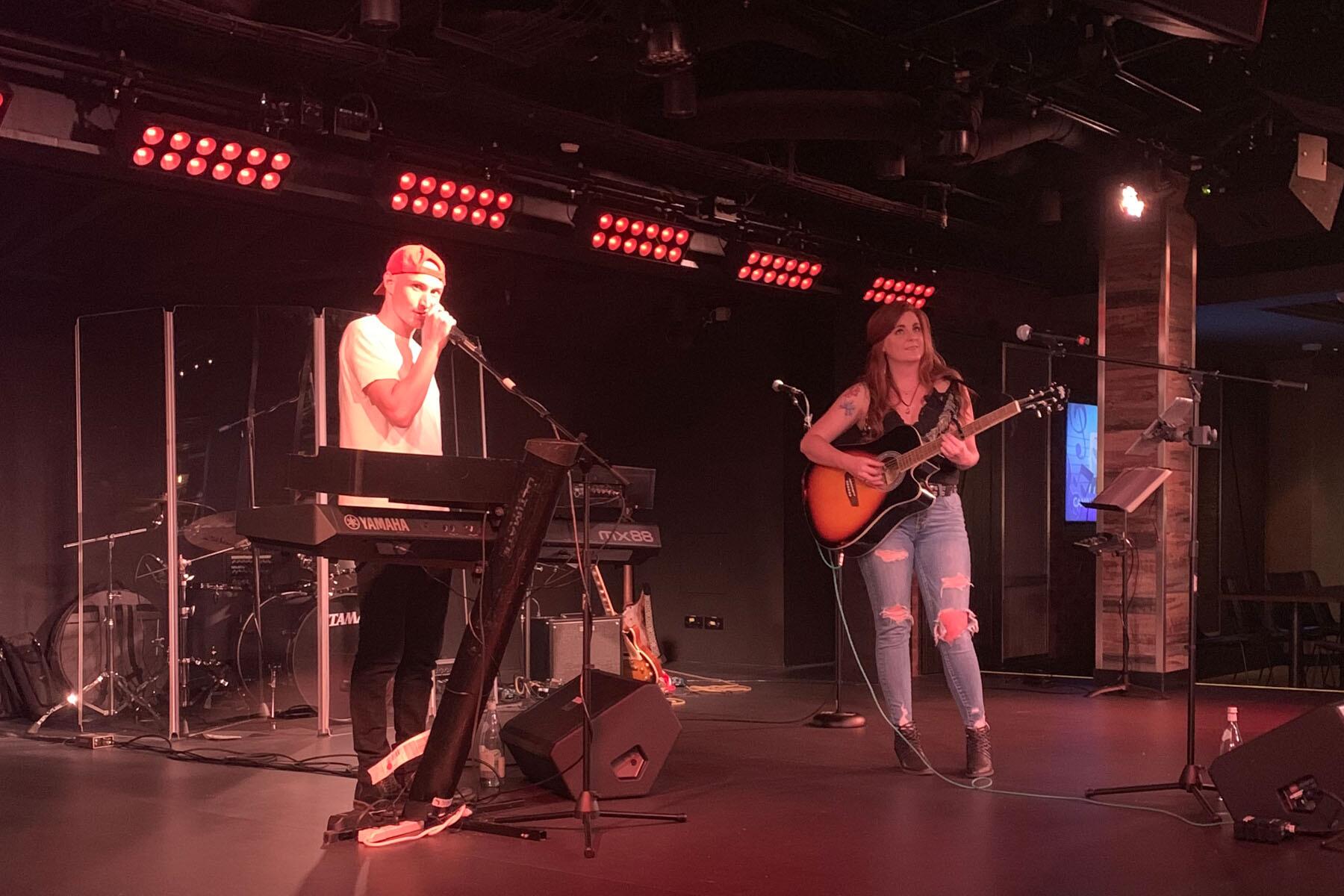 I’m not sure what “fire it up” means, but I love the attitude! Oh, wait, are they talking about firing up the grill, because it’s BBQ? Oh, okay. I get it now.

Look–it’s 11 p.m. and you have several options at this point. If you’ve had your fill and are now too tired to go on, go up to your room and look at the sea. Put on a movie, maybe order some room service. If you wanna go wild, head on over to the late-night dance party at the Social Comedy and Night Club and dance your little buns off. You can do this until 2 a.m. If you’re somewhat in between, head on over to the Atrium Bar, where there is most likely some sort of cover band playing, and you can sit and listen and have a drink without the club atmosphere.

Back to Your Sleeping Chambers, Please

You’ve had a big day and it’s time to go back to your stateroom and prepare to also have the same exact kind of day tomorrow. Curl up in the comfortable bed in your suite, take a look at the little itinerary they put on your bed for tomorrow to check and see if there’s anything you want to do, and turn on one of the (actually good) free movies they offer, of which there are plenty.

At this point, I would also advise ordering yourself a little midnight snack from their late-night room service menu. The cheese platter is quite good.