As a handful of destinations around the world prepare to reopen tourism, we're about to find out how locals really feel about us.

When is it safe to travel again? This question is at the forefront of every avid traveler’s mind, eager to pack their suitcases and glide down the aisles of an aircraft cabin again, touching down in an incredible new destination. And the answer to this question is almost always presented by a series of graphs and data, where we must patiently wait for that steep upward curve to flatten, and for the inevitable downward curve that follows, signifying a complete dip in active infections. From the time China first declared a chain of pneumonia-like cases at the end of December 2019 to today, the world has recorded over 7 million infections. And in the middle of March, as countries rushed to seal borders, suspend international flights, and turn away vacationers at accommodations in order to curb the spread, it became glaringly obvious that the vehicle of transmission of the coronavirus was us—travelers.

By continuing to fly across the Atlantic and cross land borders, we expedited this pandemic and fuelled an invisible threat so dangerous that the world had to shut its doors. At present, virtually every single country in the world has some sort of travel restriction in place.

But the topic of when it’s safe to travel again has been overshadowed by an equally important question. As some of the hardest-hit destinations seek economic salvation by racing to reopen tourism despite active cases, will they be ready to genuinely welcome us back? With reports of imported cases as a result of vacationers taking advantage of dirt-cheap airfare in the midst of a pandemic and travelers crossing land borders without regard to any consequences, this is a question that can no longer be answered with graphs and curves.

When border closures and work from home mandates were repeatedly extended following the World Health Organization’s (WHO) official declaration of a coronavirus pandemic on March 11, it became obvious to some that the end of the quarantine was nowhere in sight. And unable to resist the draw of bargain airfare even in the middle of a pandemic, some ignored the strong discouragements against non-essential travel and boarded unimaginably dirt cheap flights to ride out the pandemic on the paradisiacal islands of Hawaii. 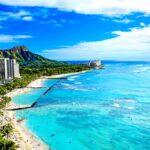 Despite the island state’s rigid emergency pandemic measures, one of America’s strictest, which requires all visitors to undergo 14 days of self-quarantine, tourists were caught undermining local mandates by sneaking out of their hotel rooms before their two weeks were up. At least 20 tourists have been jailed for breaking quarantine, including a pair of newlyweds from California, and a sunseeker jet skiing off Oahu’s fabled North Shore. Others were sent home on a one-way ticket courtesy of the Hawaii Tourism Authority.

This bold retaliation by the island state is a vital reminder for tourists to stay away when a region tells you to. Though reputed for their warm and welcoming spirit, Hawaii’s understanding that travelers have the capacity to transport the virus caused their aloha to wane, creating a divide between locals and visitors.

INSIDER TIPWhen planning a post-pandemic vacation, be sure to check the quarantine rules of your destination, as they all differ according to existing circumstances.

The effects of border crossings can be seen in China, who experienced a small second wave. The first country to enter lockdown imposed strict measures on the flow of its citizens, and with a few exceptions, all foreigners are barred from entering the country, while Chinese nationals returning from abroad are subject to a mandatory quarantine of at least two weeks. Though their numbers of infection peaked in mid-February, and the number of domestic transmissions was at a near standstill by the end of March, the country saw waves of new cases, brought on by Chinese nationals returning from overseas. The 67 new imported cases China reported on March 25 demonstrated that the middle of the pandemic is not the time to engage in travel of any sort, as cases and travel warnings remain active.

China’s relative success in handling the virus demonstrates that it requires vigilance in tracking the movement of its citizens, as well as persistence to see the pandemic through to the end. But despite the very real possibility of imported cases triggering fresh waves of infections and undermining the achievement in containing the coronavirus, Greece, among a number of other destinations, presses forward with plans to reopen tourism, beginning as early as next month.

Motivated by the need to stave off economic collapse, Greece is set to welcome tourists back beginning June 15, despite its nearly 1700 active cases, with the majority of international flights slated to be restored on July 1. The Mediterranean country’s overdependence on tourism means that the industry makes up nearly 20% of their total GDP, and Greece’s desperate measures to revive the sector allows tourists to bypass a coronavirus test and two-week quarantine upon arriving.

INSIDER TIPThough cafes and restaurants have reopened in Greece, diners are now required to sit outdoors and remain six feet apart from other parties.

It has been demonstrated that the global effort to contain the coronavirus has been repeatedly disrupted by travelers. And now we’re wondering when it’s safe to cross state and country borders again. As nations around the world grapple with different strategies to master the delicate balancing act of maintaining the safety of its citizens by keeping infections low, and resuming to some sort of pre-pandemic normalcy by restoring the hospitality, food service, and tourism sectors, one question remains unanswered: has our reputation as travelers been tainted by the pandemic? Whether or not the world believes we’ve messed up will be evident in how locals greet us next—either with genuine smiles and that signature warm aloha spirit, or with resistance for fear of transmission, and not having overlooked our role in expediting the pandemic. This we’ll only discover after the reopening of global tourism.

The Chimes in New Orleans will be ready for travelers again in the fall, 2020. All five rooms have private entrances from the outside, plenty of outdoor space for physical distancing, independent a/c-heater units and are using CDC cleaning protocol. Take a drive to NO and stay at the Chimes. Restaurants on Magazine St. are opening again. New Orelans are ready to have you return.

Our island is recuperating from tourism during this enforced lockdown. We do not want tourists back until we figure out how to have tourists coexist with our island environment. We do not appreciate tourists who hike where they should not hike, clog our roads and our beaches, harm our reefs with their sunscreen, ignore safety signs, leave litter behind, and in general do not respect our land or our culture.