A week or more in the Greek Islands—that would be pretty close to the perfect vacation, wouldn’t it? Famed for their sunny weather, crystalline water, white-washed architecture, millennia-old ruins, sexy beaches, and fresh-from-the-sea cuisine, these isles scattered like jewels in the sparkling Aegean Sea offer romance, history, and relaxation—and a tourist season that runs through mid-October. You just need to know which of the islands excel at what. Here’s a trio of two-island combos, plus a terrific cruise option for those who want to visit four or more. 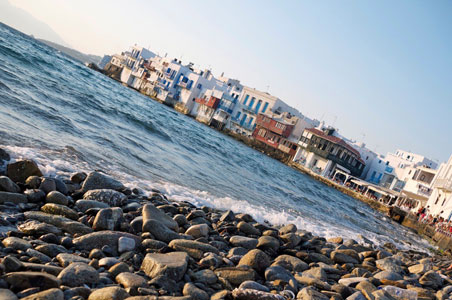 When you conjure Greek-Islands romance, the Cyclades immediately spring to mind. With gleaming white sugar-cube architecture and striking blue-domed churches, Mykonos and Santorini are each postcard-perfect but with completely different vibes. Begin on Mykonos, a 70-square-mile island that since the 1970s has been synonymous with late-night partying. But with its compelling 16th-century windmills, narrow bougainvillea-lined streets, and plentiful beaches, Mykonos is also wonderfully romantic. Stay outside of the boisterous Mykonos Town, but close enough that you can venture there for shopping, dinner, and the famous sunset cocktail hour along the harbor in Little Venice. Three resort options: Santa Marina Resort & Villas, a 90-room Starwood Luxury Collection property set on a hillside overlooking Ornos Bay and featuring two pools, a private beach, and two restaurants (from $285/night); Kivotos Clubhotel, a 40-room boutique property in Ornos Bay featuring eclectically decorated rooms, a sleek pool, and a private beach (from $645/night); and Mykonos Blu, a visually striking 111-room resort set on a scenic bluff above trendy Psarou Beach (from $585/night). 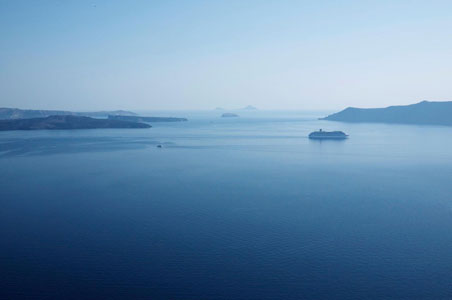 Travel by ferry or plane to Santorini, where you’ll start planning a return trip the moment you arrive. The small, crescent-moon shaped island is home to vineyards and the cliff-top villages of Oira and Fira, which overlook the panoramic caldera of an ancient volcano. By day, Fira bustles with day-trippers and cruisers, but settles into a sublime reverie after dark. Find a café terrace in Oia, order a bottle of Santorini’s dry rose wine, crisp Greek salads, and fresh fish and watch the truly incredible sunset. Daytime activities include lazing by the pool (or on one of the island’s unique black- or red-sand beaches), visiting a winery, or touring the reconstructed prehistoric ruins at Akrotiri. Three hotel options: Perivolas, a cliff-hugging luxury enclave of 20 Cycladic houses located on the edge of Oia and set around a much-photographed infinity pool (from $900/night); 1864 The Sea Captain’s House, a unique four-suite inn with romantic antique décor, a rooftop spa, an ideal Oia location, and great rates—but no pool (from $259/night); and Fodor’s 100 Hotel Award winner in 2012, Aenaon Villas, a small but gorgeous white hotel in the middle of the island boasting unparalleled views of the caldera (pictured above), even from its infinity pool (from $260/night). 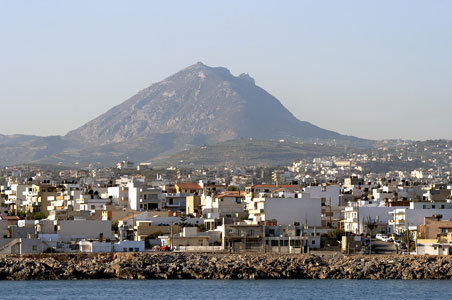 With this dynamic duo, you’ll enjoy history lessons from the ancient Minoan civilization on Crete to the medieval period when the Knights of St. John built fortresses in the Dodecanese (the Twelve Islands) off the Turkish coast. Begin on Crete, the largest Greek Island at 3,189 square miles and home to the Palace of Knossos, constructed in 1700 BC by the Minoans and discovered and reconstructed by British archaeologist Sir Arthur Evans in the early 20th century. To see what the Minoans accomplished artistically, visit the Archeological Museum in Heraklion, where gold jewelry, vivid frescoes, and other treasures are on display. The Venetians conquered Crete in the 13th century and you can see their architectural handiwork in Hania, a colorful harborfront city. Two hotel options: Elounda Mare Hotel, an 80-room Relais & Chateaux property resembling a seaside estate with a secluded pool, sandy beach, and superb restaurants (from $481/night); or Kapsaliana Village Hotel, featuring 17 preserved guest houses set amid the island’s largest olive groves near Rethymnon and Hania (from $260/night). 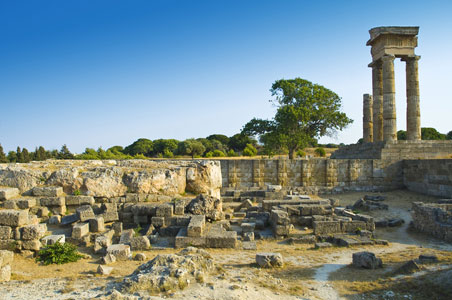 Fly (via Athens) to Rhodes, the largest island in the Dodecanese, where your first glimpse of the ramparts of Rhodes Town will convince you that you’ve left Greece for England or France. Charming and photogenic despite being blatantly touristy, the cobblestone streets and squares of the medieval old town are home to the Palace of the Grand Masters, a massive 150-room fortress built by the 14th-century Knights of St. John and accessed via the one-third-mile-long Street of the Knights. At the harbor’s entrance, near the Fortress of St. Nicolas, you can see the spot where the Colossus of Rhodes is said to have stood. And outside Rhodes Town, visit the Acropolis of Lindos, where layers of Greek, Roman, and medieval history are backed by a stunning panorama of blue sea. Two hotel options: Spirit of the Knights, a restored Ottoman house in Rhodes Town offered six rooms and suites set around a courtyard (from $189/night); and Melanos Lindos Hotel, a 12-suite seaside boutique property with lavish antique décor and a sublime terrace (from $325/night). 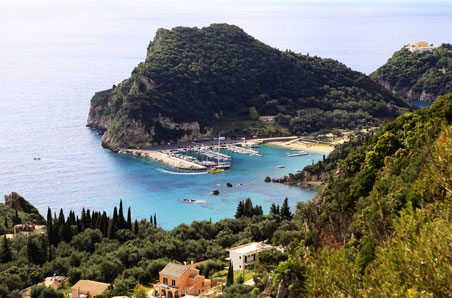 If your idea of bliss involves sunny beaches and stunning mountains, this island combo is for you. Begin on Corfu, home to both forested mountain peaks and sand-fringed, sapphire-hued bays—plus some striking vestiges of its Venetian and French occupations (palazzos, two massive fortresses, an elegant esplanade, and bell-tower-topped churches) in and around Corfu Town. Don’t miss the scenic vistas and swimmable bays of breathtaking Paleokastritsa and the 360-degree views from hilltop Pelekas. You can also savor the widely grown local fruit, the kumquat, in every way, from jam to candy to liqueur. Two resort options: Akrotiri Beach Hotel, a 127-room property offering wonderful views from a pretty peninsula in Paleokastritsa (from $204/night); or Pelecas Country Club, an historic 11-room estate set amid nature and offering nearby beach and mountain access (from $208/night). 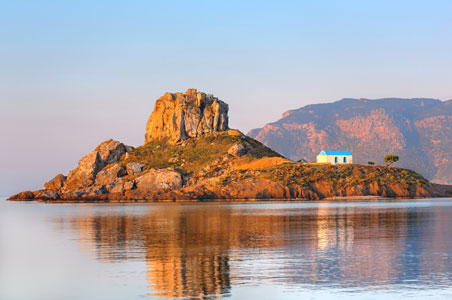 Fly to Kos (via Athens), where you can enjoy exceptional views from its two main attractions: the Asclepion, the hilltop healing center surrounded by cypress trees where in the 5th century BC Hippocrates taught techniques that revolutionized medicine; and Zia, a beautiful yet touristy mountain village lined with restaurants and shops that offers sweeping views of peaks and the sea. Enjoy the sea front and center on beaches all around the island, and even in Kos Town where you can rent a shady chaise for a few euros after visiting the 15th-century Castle of the Knights and Hippocrates Square. Two hotel options: Aktis Art Hotel, a stylish boutique property right outside Kos Town’s walls that makes up in sea views what it lacks in resort amenities (from $205/night); and Grecotel Kos Imperial, a 385-room seaside resort with multiple swimming pools just east of Kos Town (from $175/night).

For a Taste of It All: Cruise on Azamara Journey 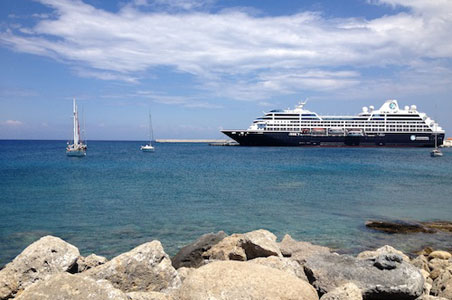 If two Greek islands are too few, consider a cruise that visits four or more islands over seven to 11 days onboard Azamara Journey, a 694-passenger ship from Azamara Club Cruises. You’ll unpack once and enjoy ample time in port (including later departures and overnights), as well as all-inclusive pricing (alcohol and gratuities are included in the fare) and memorable vantage points as you sail into and away from port.