Visitors to the City of Light may find it impossible to tire of all the things the city offers—Eiffel Tower and the Sacre Coeur; sidewalk cafes and dimly lit bistros; the Louvre’s 35,000 works of art. But anyone hankering to see more of France than just Paris can venture just beyond the city limits to find all sorts of adventures close enough to have you back in town for dinner. 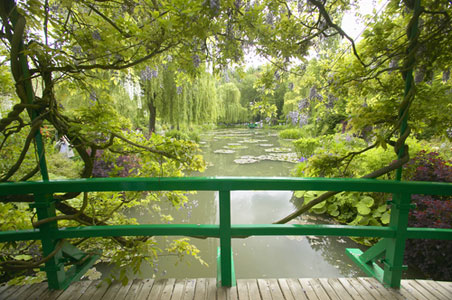 Monet once said that his greatest masterpiece was his garden. To see it, head 50 miles outside the city to Giverny, where the Impressionist master lived and painted from 1883 until his death in 1926. The gardens and house have been restored since then, and visitors can experience the source of inspiration for so many of his great works, including the famous Japanese bridge covered in wisterias. Even if you’re not a Monet fan, the gardens are worth the trip.

Insider Tip: The gardens are in bloom from April to October, but the best time to beat the crowds and see the famous water lilies in full flower are the summer months, from July to August.

Getting There: A fast train from the Saint-Lazare station to Vernon takes about 45 minutes. Once there, taxis and regular buses are available to transport you to town. 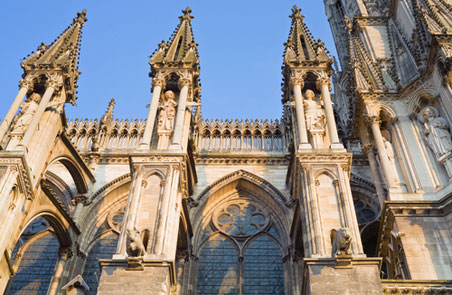 Reims may make the history books for its Gothic cathedral where 33 French kings were crowned (most famously, Charles VII), but the main reason people visit is the champagne. The city sits on top of miles of tunnels, originally created by Romans quarrying chalk pits that are now used as champagne caves by such houses as Pommery, Taittinger, and Veuve Clicquot. Many offer tours and tastings which should be booked in advance.

Insider Tip: Even if you’re only here for the bubbly, it’s worthwhile to tour the Cathedral Notre-Dame de Reims. Outside, the building is covered with hundreds of statues, including L’Ange au Sourire, a smiling angel that has become a symbol of the city. Inside, stained glass ranges from a stunning 13th century rose window to axial chapel windows designed by Marc Chagall.

Getting There: High-speed TGV trains to Reims leave from Gare de L’Est and take just 45 minutes. 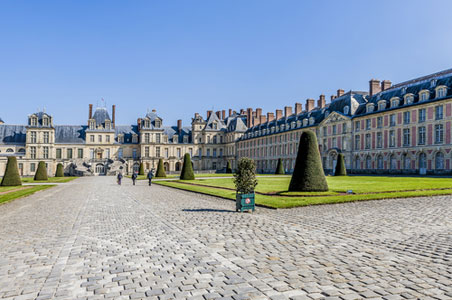 A tranquil alternative to the always-crowded Versailles, Fontainebleau sits 35 miles southeast of Paris. The town’s biggest attraction is the Chateau de Fontainebleau, a 16th century palace that acted as a country home for France’s royalty, and was most notably Napoleon’s primary residence. Be sure to give yourself plenty of time to explore the grand rooms and manicured gardens.

Insider Tip: The mood here is markedly calm, but for real relaxation, pack a picnic and head to the dense forest on the outskirts of town, which was once a royal hunting ground.

Getting There: Take a 40 minute train ride from Gare de Lyon to the Fontainebleau-Avon station. 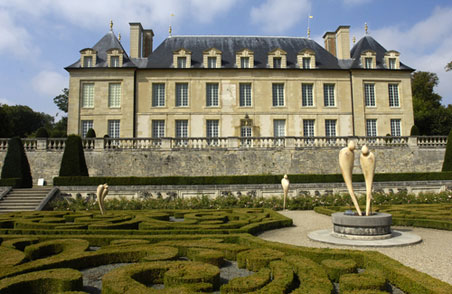 While artists such as Manet, Cézanne, and Renoir all spent time and painted in Auvers-sur-Oise, the town is most famous for being the home of Vincent Van Gogh, where he painted and died. He only spent 70 days here, but in that short time he created 70 works, some of which are among his most famous—Portrait of Dr. Gachet (the doctor who treated him for depression in his final months) and Wheat Fields with Crows were both painted here. Visit the Auberge Ravoux to see Van Gogh’s attic apartment, before wandering by the town’s church to see the artist’s final resting place, alongside his beloved brother Theo.

Insider Tip: True fans of the artist will want to eat lunch at the Auberge after visiting his apartment. The menu is pricey, but worth it for the fresh local fare and the chance to sit at table number 5, where Vincent took his meals.

Getting There: On weekends and holidays from April through October, a direct train to Auvers leaves from Gare du Nord at 9:56 am, which takes 35 minutes. All other times, visitors must take a train from either Gare du Nord or St. Lazare, then transfer to an Auvers-bound train at Valmondois, Pointoise or St. Ouen.