Deals Leila Najafi Attention West Coast: You Can Now Book Flights to Paris for as Little as $321
Home  >  News   >   An Author’s Archaeological Adventure in Crete

An Author’s Archaeological Adventure in Crete

By Wes Davis, author of The Ariadne Objective 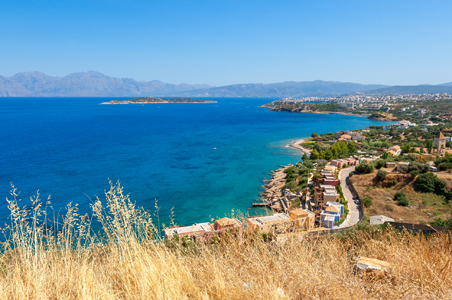 When I traveled to Crete for the first time, nearly 25 years ago, I was fresh from my first brush with the landmarks of the classical age on the Greek mainland. In Athens, I had wandered through monuments in a kind of trance, bewildered by the fact that I was actually standing on the Acropolis or strolling through the ancient Agora. The day before I left the capital, I scrambled up Lycabettus Hill, the city’s highest point, to survey the ruins of the 5th century from a distance, and it hit me that the monuments I had been looking at—the Parthenon, the Erechtheum, the Temple of Athena Nike—were almost too familiar and that made it hard to see the past through them. What I wanted to find in Crete was a more direct encounter with the ancient world.

The first stop on my archaeological tour of Crete was at Knossos, the palace complex outside Heraklion that legend linked to the mythical King Minos. At the turn of the 20th century, when Arthur Evans started digging there, Crete was still a blank spot on the map to most outsiders. But soon, the Bronze Age culture Evans unearthed at the site—a civilization he called Minoan—attracted a flood of archaeologists to the island. The British dug at Psychro on Mt. Dicte, the legendary birthplace of Zeus. The Italians excavated an important palace complex at Phaestos. But Knossos remained the center of the Minoan world for archaeologists and tourists alike. 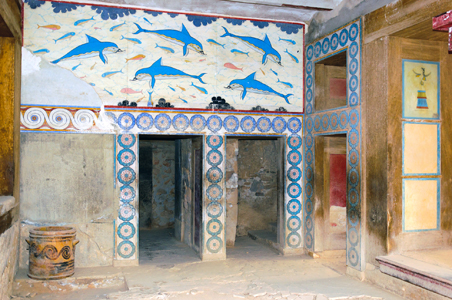 I had already seen the collection of Minoan artifacts in the archaeological museum in Heraklion. Extraordinary natural motifs dominated this Cretan ware and it was clear that the people who made and used these objects were a seafaring race. An octopus seemed to wrap its tentacles around a bulbous two-handled jug. Waves washed across the shoulder of a broad-mouthed pitcher. Dolphins appeared to leap from the mouth of a vase. Bull heads and horns were also everywhere. Even more prominent than the bull was a mysterious double-ax symbol that showed up on tablets, cups, and more.

What I found at Knossos itself, though, said nearly as much about the era in which the site was excavated as about the double-ax culture that built the palace in the first place. Evans had directed a restoration project that gave the palace a color-saturated makeover that was hard to see past. I would later visit Phaestos, where the ruins of a similar palace, less gussied up, made it easier to imagine how the Minoans might have lived. But it turned out that the trail to the island’s most captivating site started right there at Knossos.

On the afternoon in 1900 when Evans uncovered the room that became known as the "Queen’s Megaron," a young American woman paid a visit to Knossos. Harriet Boyd was a student at the American School of Classical Studies in Athens. She had heard about the discoveries taking place on Crete and had come—against protests from the school’s director, who felt it was too dangerous—to explore the island’s newly emerging archaeological riches. 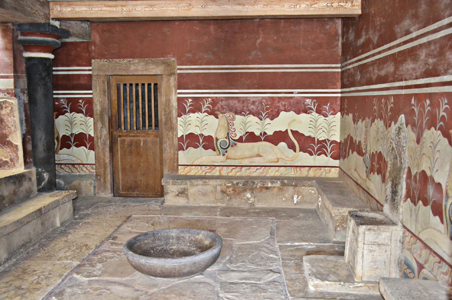 Boyd explained to Evans that she wanted to launch her own excavation. And Evans had some surprising advice to offer. He told Boyd to head for the eastern end of the island, though at the time there was little reason to believe she would find anything of significance there. It turned out to be the best advice Boyd could have received.

I was headed east, too. I had signed on to help with an excavation at Kavousi, 50-odd miles east of Heraklion, in the hills above the Bay of Mirabello. It was one of the first areas Boyd excavated, and I would eventually spend two dig seasons there.

At the two Kavousi sites—Vronda, in the foothills above the village, and Kastro, higher in the rugged mountains that rose over the bay—I found the historical immersion I was looking for. There was none of Evans’s creative restoration to get in the way. Standing among the walls of the Kastro and looking out toward the bay, I could easily imagine the nervous watchfulness that must have consumed the ancient residents, who had been driven this high into the mountains, archaeologists thought, by raiders from the sea. 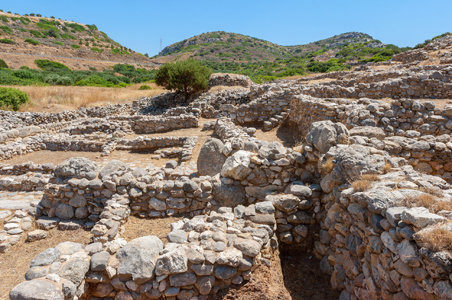 An even more enthralling look at Crete’s prehistory waited only a short drive to the west, along the road that skirted the Bay of Mirabello. There, near the narrowest point of the island, lay the ancient Minoan town of Gournia, stretched out across a hillside overlooking the sea. It was Harriet Boyd’s greatest find.

Like Knossos, Gournia centered on the remains of a Minoan palace, but the small town huddled around the palace was more important to me. Sometimes called the "Cretan Pompeii," it seemed to have been lifted out of time. The town’s tightly clustered houses and narrow streets offered a glimpse of domestic life and industry in the distant past that felt foreign and familiar at the same time. If Knossos was the metropolis of the Minoan world, Gournia was its heartland, the kind of place where ordinary people manufactured the goods that were traded throughout the region, their commercial value totaled up on the Linear B tablets stored at Knossos.

In Boyd’s day, the picture Gournia painted of a lost Minoan way of life had helped transform archaeology from a kind of hands-on art history, interested mainly in statuary and grand public architecture, into a recognizable science: an anthropology of the past in which every detail was studied as part of the fabric of a culture’s history. For me, Gournia provided the unobstructed view of the past that I had missed at Knossos. 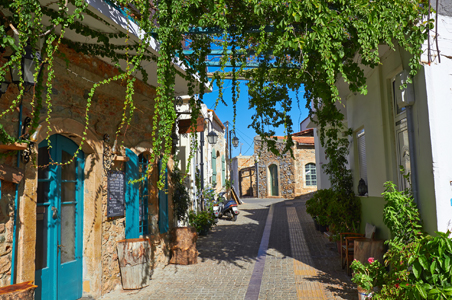 Years later, when I traveled back to Crete with my family, it was Harriet Boyd’s sites I wanted my wife and children to see. We went to Knossos too, of course: when you’re that close to a landmark—whether it’s the Acropolis or the labyrinth of the Minotaur—you can’t pass it up. But it was at Gournia that I felt I was letting my family in on a secret—together we could look through a hidden window on the inner life of ancient Crete.

Wes Davis served for two years as an assistant to the director of excavations at Kavousi in Eastern Crete, not far from the plateau where Patrick Leigh Fermor parachuted onto the island during WWII. He holds a Ph.D. in English Literature from Princeton University and is a former assistant professor of English at Yale University. Editor of the Harvard University Press Anthology of Modern Irish Poetry, he has written for publications that include the New York Times, the Wall Street Journal, and The Nation.