8 Reasons to Go to Portugal Now

The recession and rising unemployment may be grabbing the headlines in Portugal but, for visitors, there is much to lift the spirits. A wave of recent openings around the country present a great set of reasons to visit Portugal now. We’ve handpicked the cream of the crop: from the fresh urban delights of Lisbon to rural retreats in the country’s south and the north. 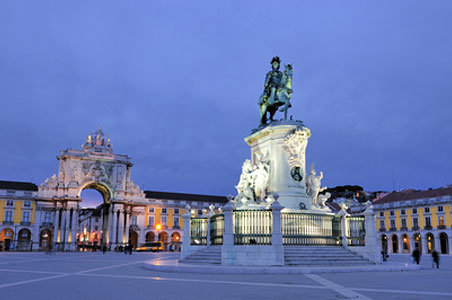 Let’s start in Lisbon, the country’s capital. In mid-2012, the city’s main square, Terreiro do Paço, was unveiled in all its restored glory. This grand riverfront square now has a brand-new cultural center alongside a string of restaurants, bars and shops. Highlights include the Beer Museum, which explains the A-Z of the brewing cycle (tastings included) and the Lisbon Story Center, a high-tech interactive exhibit that in 60 minutes portrays the dramatic history of Lisbon throughout centuries, including the 1755 earthquake that nearly flattened the city.

Lisbon’s multicultural tapestry gets a nod with the “fusion market” at Martim Moniz square, which lies at the heart of Mouraria, the city’s melting pot that lay long neglected and run-down. That changed in summer 2012 with the opening of an intercultural market. The square now features food kiosks that serve dishes from around the world, from Angola to Goa, as well as live music shows and cultural performances. 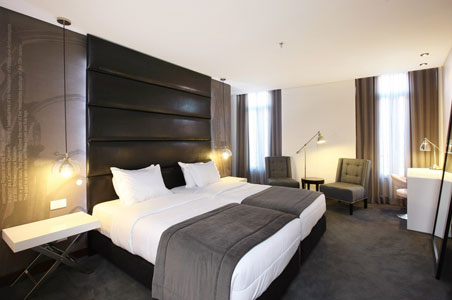 A spate of new hotels perked up Lisbon’s lodging scene, too. The standout is Lisboa Carmo Hotel, a 45-room boutique hideaway on leafy Largo do Carmo square in the chic Chiado district. The highlight: its great blend of classic and mod, and a distinct sense of place—you never forget you’re in Lisbon. The long-time favorite, Heritage Av Liberdade Hotel, never gets old; this intimate pied-a-terre hidden behind the blue façade of a restored 18th-century building on elegant Avenida da Liberdade touts original ironwork shutters and stunner vistas from the rooms. 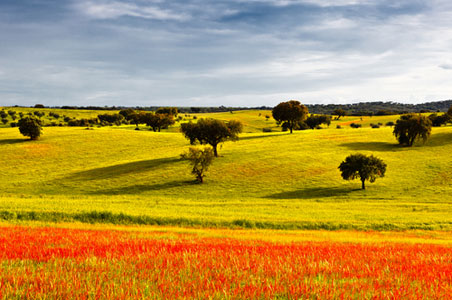 Other corners of Portugal offer reasons aplenty to venture beyond the country’s capital. Head east to the agricultural province of Alentejo and, 68 miles from Lisbon, you’ll find Villa Extramuros, a five-room countryside newcomer sporting five minimalist rooms in a bleached-white villa with a sun-lit inner patio and an infinity-edge pool among olive groves. Spend a few days taking in the intimate world of high design with a low-key vibe, and then explore the neighboring World Heritage Site town of Évora, take in tastings at nearby wine estates, sail on Lake Alqueva, and roam the medieval village of Arraiolos. 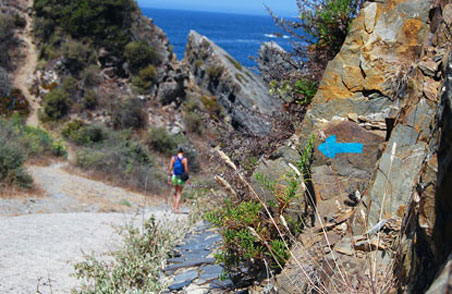 In the country’s southwest lies Portugal’s newest hiking path, Rota Vicentina, now in its final stages of completion. The route traces the wild and preserved coastline between the city of Santiago do Cacém in the north and the Cape of St Vincent in the south. The Vicentine trail totals more than 200 miles, following a route used by shepherds and fishermen to journey the southwest coast of Alentejo and the western Algarve. Visitors can now follow in their footsteps, choosing a hike along the Historical Way, through cork forests, farmlands, and heather fields, or the Fisherman’s Trail, along the rugged coastline dotted with dramatic limestone cliffs. The entire Rota Vicentina takes in over 30 inns and lodges, a clutch of restaurants serving local specialties, and a number of activities and attractions that hikers can experience along the way. All are grouped under Casas Brancas, a non-profit sustainable tourism association with strong links to local communities. 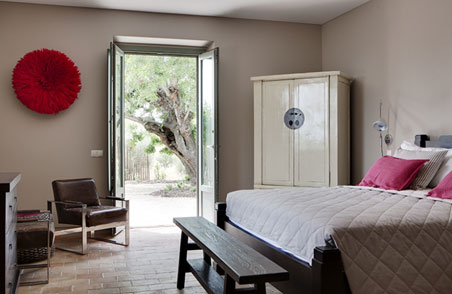 Eastern Algarve offers another new reason to visit Portugal’s south: the fall 2012 opening of Fazenda Nova, a gorgeous country inn near the historic coastal town of Tavira. The interiors are decked out with flea market finds scoured on the owners’ travels, while the ten suites have Balinese wooden beds, polished concrete bathrooms with rain-drencher showers, and private terraces. The artfully landscaped surroundings feature orchards, herb gardens, a maze of paths, and a swimming pool. Base yourself here and go antiquing in nearby towns and villages, hitting the local flea markets in Fuseta (first Sunday of every month), Quelfes (fourth Sunday), Faro (second Saturday), and Tavira (first & last Saturday).

With the south under your belt, follow your star up north: the new Cooking & Nature Emotional Hotel, a whimsical inn in rural Alvados valley, within Serras de Aire e Candeeiros Natural Park. Food, fun, and nature are the inspiration behind this concept hotel among olive groves, forests, and farmlands. Each of the 12 rooms calls on a different fantasy: from an African safari to channeling Marie Antoinette with classic chandeliers and rose pinks. The highlight is the option to cook your own dinner: the staff will do the prep and the dishes; you cook up the feast using mostly ingredients from the hotel’s gardens or the village. Outdoorsy types can do guided walks, bike, or horseback rides, and tours of nearby caves. 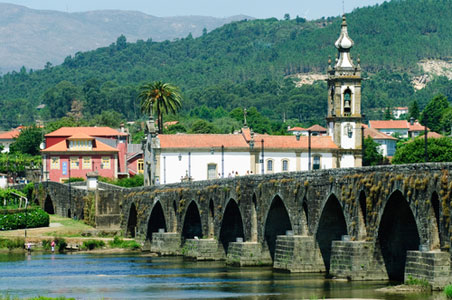 Finally, explore the far northern reaches of Portugal from the new base, Carmo’s Boutique Hotel just outside the historic town of Ponte de Lima in the Minho region. Inside the two-wing structure clad in concrete and glass hides a casual and cozy retreat with an eclectic homespun décor, 15 rooms with canopied beds, a stellar restaurant, and a basement spa. But the main appeal lies in the attractions surrounding the hotel, from scenic walks or bike rides along the riverside path to exploring the trifecta of northern cities, all within a 90-minute radius: the cultural center of Guimarães, the ancient Braga, and Porto, Portugal’s “other capital”.

Good to Know: Trips to Portugal are an easy jaunt from Newark on TAP Portugal, the national carrier which has daily direct flights to Lisbon and three weekly to Porto in summer months; during the winter season, there are five weekly nonstop flights to Lisbon and twice a week to Porto. TAP Portugal also flies directly from Miami to Lisbon five times weekly in summer months and three times per week during winter.

Check out more from Anja on her website Ever the Nomad.