News Ronny Maye Should You Cancel Your Vacation to an Area Impacted by a Natural Disaster?
News7 Great European River Cruises for 2013

There’s a European river cruise boom in full swing, with a bevy of new riverboats and itineraries cropping up on waterways across the continent. We’ve sifted through the biggest wave-makers of 2013 to bring you this year’s 7 best voyages for exploring old-world wonders on trips that are anything but old hat. Bon voyage! 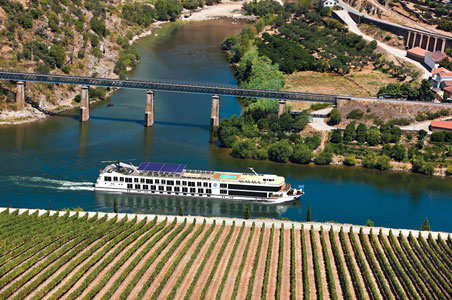 The Itinerary: Explore the Douro River Valley, the heart of Portugal’s wine country, aboard the elegant Queen Isabel, equipped with a heated swimming pool, spa and fitness center, and gourmet restaurant. Sail 7 nights (select dates available April through November) on the Portugal, Spain, and the Douro River Valley itinerary, which cruises between the Atlantic coastline at Porto and the Spanish city of Salamanca. Pass terraced vineyards and wine estates, where excursions highlight the region’s delicious cuisine and port wines, and take in no fewer than five UNESCO World Heritage Sites, including the Alto Douro wine region and the Ribeira district of Porto. Fares include a 3-night pre-cruise tour and hotel stay in Lisbon. Rates from $3,099 per person. 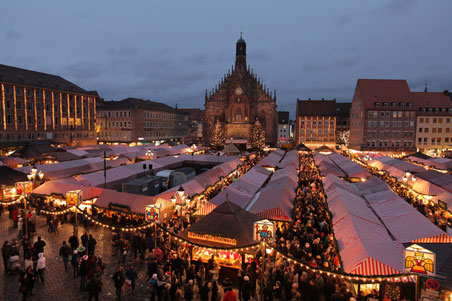 New Viking Longships Sail through Heart of Germany for the Holidays

The Itinerary: Sail aboard the 190-passenger Viking Freya or Viking Odin come Christmastime to corners of Germany steeped in holiday tradition. The new Christmas market-themed 6-night Heart of Germany cruises embark in Nuremberg, stopping off in Bamberg, Würzburg, and Wertheim, before disembarking in Frankfurt (reverse itineraries are also available). Sailings are available on select dates in late November and December. Rates from $1,648 per person. 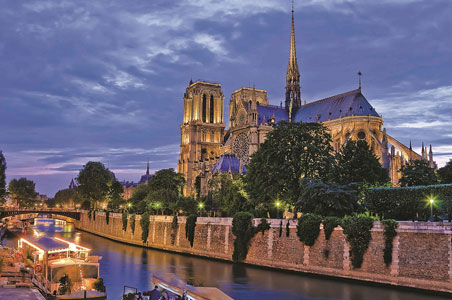 The Itinerary: Sail the 150-passenger AmaLegro for 7 nights past the Seine’s centuries-old vineyards and villages on the Paris and the Sparkling Seine itinerary, highlighting wine lectures and tastings, winery visits, and theme dinners with wine pairings. Cruises sail round-trip from Paris, taking in Vernon, Rouen, and Les Andelys, with additional excursions to Monet’s old stomping grounds in Giverny, the French harbor town of Honfleur, and Normandy’s beaches. Cruises embark November 1 and November 8. Rates from $2,699/person. 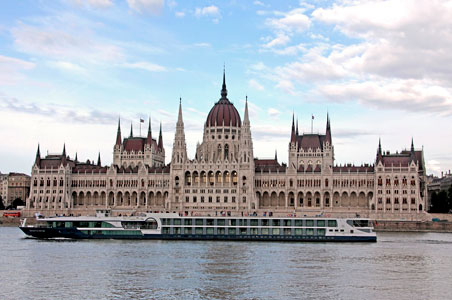 The Cruise Line: Avalon Waterways is adding a duo of new Suite Ships in 2013, with the 166-passenger Avalon Expression launching in May as the fifth in the company’s well-received ship class. The Suite Ship’s signatures are their hotel-style amenities, expert onboard cruise directors, and panoramic floor-to-ceiling windows that essentially convert spacious guest cabins into open-air balconies.

The Itinerary: Cruise aboard the line’s brand-new Avalon Expression on one of its most popular itineraries, The Legendary Danube. Seven-night sailings operate between Nuremberg, Germany, and Budapest, Hungary, taking in port calls in Germany (Regensburg) and Austria (Passau, Linz, Melk, Vienna) en route. A 3-night pre-cruise extension in Prague is included in the rates; trips embark June 23, August 4, or September 15. Rates from $3,409 per person. 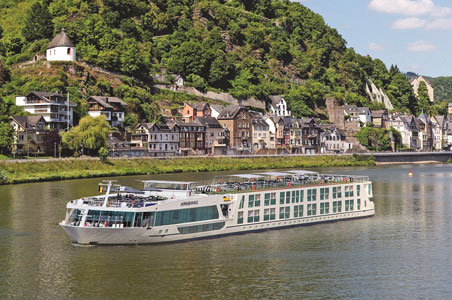 The Cruise Line: Scenic Cruises offers value-packed itineraries inclusive of numerous excursions (no "optional" buy-ins here) and oodles of amenities (like open bar and use of electric-assisted bikes). Sail aboard modern new Space-Ships (so named for their spacious size, not their intergalactic propensities) with most cabins featuring private full-size balconies, and all privy to the services of a private butler (new for 2013).

The Itinerary: Hop aboard the 14-night Jewels of Europe itinerary between Amsterdam and Budapest, combining runs on four of Europe’s most popular waterways: the Rhine, Danube, Main, and Main-Danube Canal. Hit up ports in the Netherlands, Germany, Austria, and Hungary (with optional excursions into the Czech Republic and Slovakia), with a rich array of included excursions like a medieval-style banquet in Germany’s Marksburg Castle or a private concert in Vienna’s Palais Lichenstein. The line’s new 169-passenger Scenic Jewel operates select itineraries between May and October (though several of the line’s other ships also make the run). Rates from $6,095 per person. 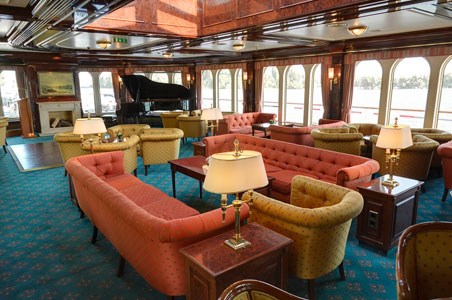 The Itinerary: Nab a spot on the new Golden Age of Dutch Waterways itinerary, aboard the elegant 85-passenger Royal Crown, a privately-owned vessel (chartered for the occasion), which recalls the golden age of cruising with art deco-inspired furnishings, mahogany wood paneling, large picture windows, and fine dining anchored on a five-course nightly dinner. The one-off 7-night sailing embarks round-trip from Amsterdam on July 6, with stops throughout the Netherlands and Belgium, including visits to The Hague, museums dedicated to Van Gogh or Rubens, and more; a guest speaker joins the sailing to offer insight into the region’s rich artistic heritage. Rates from $2,799 per person.

7. A Taste of France in Provence and Burgundy 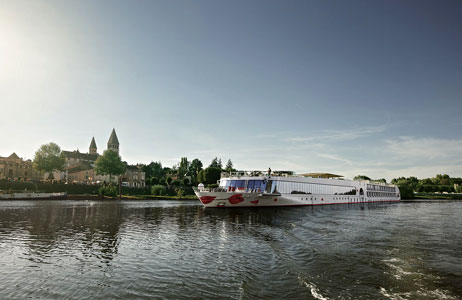 The Cruise Line: German cruise line A-ROSA River Cruises, with its casual yet stylish onboard atmosphere and generous amenities, has branded a trio of ships (the A-ROSA Aqua, A-ROSA Stella, and A-ROSA Silva) from its modern 10-vessel fleet exclusively for the North American market, starting this summer.

The Itinerary: Book the 7-night A Toast to Provence and Burgundy itinerary and cruise through the heartland of France, sailing round-trip from the gourmand’s haven of Lyon, on to the famed wine regions and villages of Burgundy’s Côte d’Or, before winding down in Provence with highlights like Roman-influenced Arles and the ancient papal city of Avignon. Sailings, aboard the 174-passenger A-ROSA Stella, embark on select dates in June and August. Rates from $4,802 per person, including airfare.