Even at your favorite, go-to department store, shopping gets exhausting. Particularly when you just go in to get one thing and you wind up browsing for 3 hours. And by then, you’re famished. Department stores must see scores of hungry-looking faces at checkout because across the board, they’ve opened small, but chic eateries offering actually delicious fare, from pick-me-up cappuccinos and pastries and gourmet salads to more substantial dishes—not to mention cocktails and wine. The newest of which is Stella 34 in the enormous Macy’s on 34th Street in New York City. Here are five other eateries right where you need them. 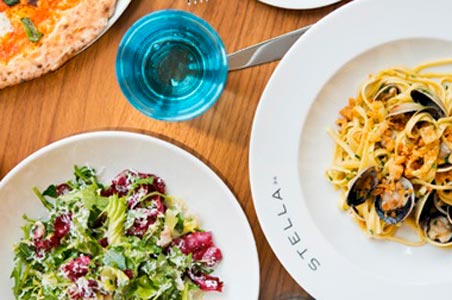 This behemoth, block-long department store on Herald Square has plenty of places to grab a bite but none as elegant as the recently opened Stella 34, an Italian trattoria on the sixth floor. In a former storage area, the airy space with large picture windows features a soothing white-on-white décor (perfect after tackling the store’s frenetic main floor or the new second floor shoe department). Enjoy a glass of prosecco and house-made pastas, Panini, and wood-oven Neopolitan pizzas at the long serpentine-shaped bar or at one of the tables overlooking the Empire State Building. 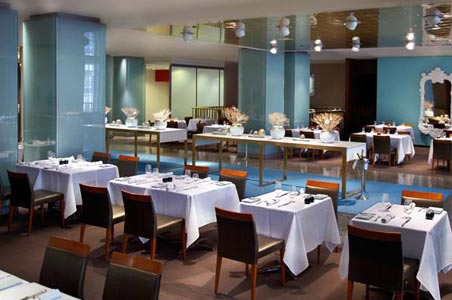 After a day of shopping for designer clothes, handbags, and stiletto heels in this downtown flagship, head to the sixth floor restaurant, which has been a Dallas tradition for more than 50 years. During lunch, start with the famous popovers served with a sweet strawberry butter followed by a lobster Cobb salad; if you’re there for dinner, sip a martini in the bar before sampling braised pot roast with seasonal vegetables or seared Alaskan salmon with roasted potatoes. 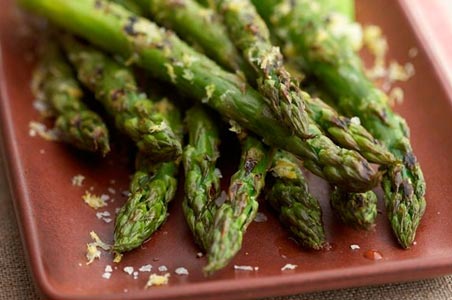 The décor of the Grill, located on the lower level in the Nordstrom’s flagship, is rich with mahogany, brass, and etched glass as well as historic black-and-white photos of the Nordstrom family and downtown Seattle. The menu ranges from causal fare like ale-battered halibut with house made tartar sauce and fries to more refined dishes like wild King salmon with market vegetables and roast chicken with leeks, wild mushrooms, and an herb spaetzle—and don’t miss the flourless chocolate cake. 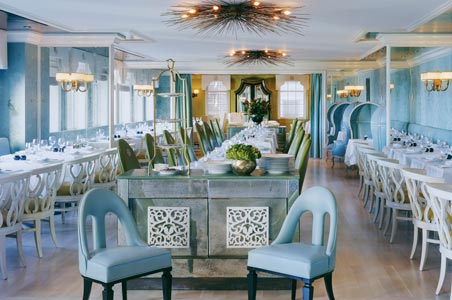 You never know if you might spot a celebrity in this seventh-floor jewel-box space designed by Kelly Wearstler with Central Park views—at the very least you’ll see Fifth Avenue society ladies with their purple Bergdorf bags. Stop by for tea, cocktails (there’s a nice selection of wines by the glass), or some sustenance. Menu favorites include the Gotham salad, a mix of diced chicken, beets, ham, and gruyere cheese, pan-seared halibut with grilled asparagus, and filet of beef with wild mushrooms. 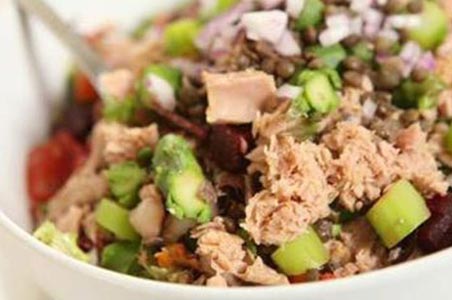 This Beverly Hills offshoot of the famous deli on New York’s Amsterdam Avenue is known for its smoked salmon, sturgeon, caviar, and other delicious (and pricy) delicacies. Located on the store’s top level, this always-buzzing spot (only open for breakfast and lunch) attracts everyone from tourists to Hollywood agents from nearby William Morris who conduct power lunches on the terrace. Order the matzo soup and the thick-as-phonebook pastrami sandwiches. 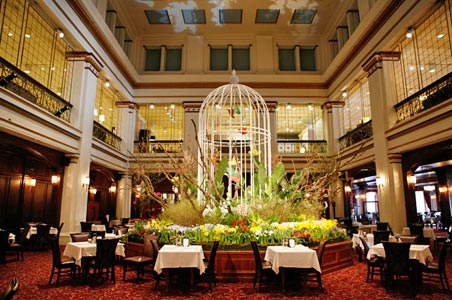 Though Marshall Field’s, dating from 1907, is now a Macy’s, the venerable Walnut Room on the seventh floor remains. This classic restaurant, decorated with walnut paneling and crystal chandeliers has an Old World elegance that is hard to match in any restaurant, let alone one in a department store. The menu features comfort food like chicken pot pie and over-baked meatloaf, and be sure to save room for its signature dessert, the super-creamy Frango mint chocolate ice cream pie. 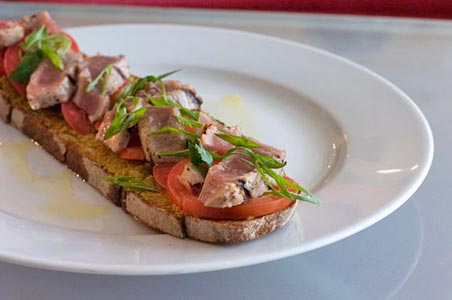 Located within Holt Renfrew, Canada’s most upscale department store, this sleek Euro-style cafe is perfect for a post-shopping glass of chardonnay or an espresso and if you’re having lunch, try the tartines (open-faced sandwiches) made with Poilane, a rustic sourdough bread flown in from Paris—the grilled chicken breast with goat cheese and truffle honey and the flank steak with a chimichurri sauce are especially good.