News Apeksha Bhateja What Are the Chances You'll Get Monkeypox at a Hotel?
News5 Unexpected Things to Do in Hong Kong

5 Unexpected Things to Do in Hong Kong

The iconic Hong Kong skyline is among the most recognizable in the world. As a result, many often equate Hong Kong with teetering monuments of steel and glass. But much in the same way that the Manhattan skyline belies low-lying and culturally diverse neighborhoods, so too does Hong Kong hide numerous unexpected surprises. But unlike New York, Hong Kong’s compact dimensions means natural beauty or bohemian neighborhoods are rarely more than an hour jaunt from the skyscrapers of the city center. The heavily trafficked Victoria Harbour isn’t too clean, but there’s a great big ocean lapping at the shores of Hong Kong and its Outlying Islands. And when the typhoons are roaring near the South China Sea around September, a number of Hong Kong’s bays and inlets funnel the incoming surges into eminently surfable waves. Aptly named Big Wave Bay is the best place to go to catch the clean, consistent waves in the city. A 25-minute minibus ride from Hang Hau MTR station will find you in Sai Kung Country Park. Another brief bus or boat ride will take you to Big Wave Bay, where you can find Surf Hong Kong, a surf school and rental shop that has been outfitting surf-happy city-dwellers for years. If you don’t want to hang ten, they also rent out sea kayaks. 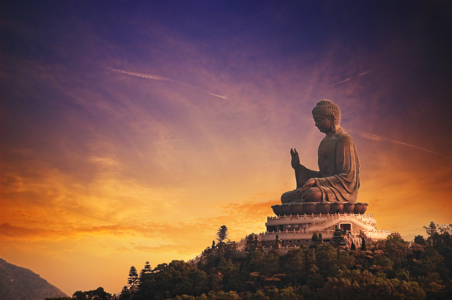 If they’re not ditching their suits and ties for surfboards and sea kayaks, Hong Kong’s beleaguered breadwinners can often be found donning hiking boots to tackle one of the city’s 1,000-plus hiking trails. In other major cities, you might have to drive for hours to get to a good trail, but Hong Kong’s public transit system puts great walking within easy reach. Follow the Lantau Trail to the 112-foot-tall Tian Tan Buddha and the second highest point in Hong Kong, Lantau Peak. Or dip in and out of the 60-mile MacLehose Trail for incredible countryside and remarkable coastal views. If you don’t feel like going it alone, Great Outdoors Hong Kong provides free guided hikes from November to February each year and OasisTrek provides paid Hong Kong walking and hiking tours year-round. 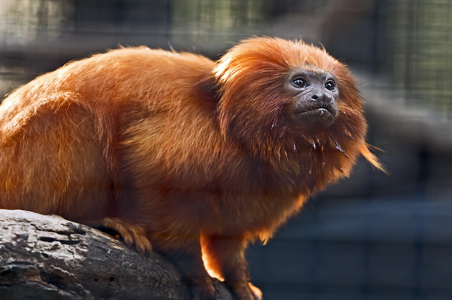 Despite the leafy surroundings of Hong Kong, you don’t really expect to hear the hooting of monkeys as you take a shortcut through a park in the middle of the city. But your ears aren’t playing tricks on you if you’ve stumbled into the Hong Kong Zoological and Botanical Gardens. The mini-zoo in the center of the city is easily mistaken for just another green space given the lack of heavy signage, but the free park houses a number of species of birds, mammals, and reptiles. From orangutans to flamingos to pythons, the little green patch in the middle of a chain of skyscrapers hosts an astonishing variety of animals. 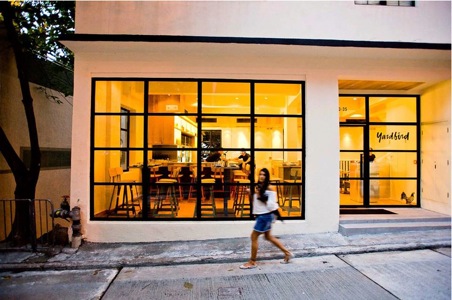 Hong Kong’s bohemian crowd has long since been pushed out of Central by wallet-depleting rents. In recent years, the two ends of the MTR’s Island Line have become home to creative types who have made the Sheung Wan and Chai Wan neighborhoods their own. Look out for galleries, fashion boutiques and trendy bars in these two districts that are a world away from the high-rolling members-only clubs of Central. Sheung Wan’s Yardbird, a Japanese gastropub, is an established favorite. Nearby Boom Gallery & Cafe serves up exhibitions and coffee during the day and turns into a hip watering hole at night. Out in Chai Wan, check out the Asia One Vertical Art Space, and art gallery housed in a stairwell in the Asia Tower. 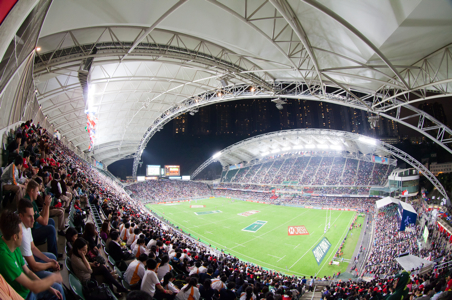 For a sport-loving continent, Asia rarely sees large-scale sporting events on a regular basis. So when the Rugby Sevens comes to Hong Kong every year in the spring, sports fans of all stripes get a little carried away. Crazy costumes are the norm and heavy partying is an acceptable form of celebrating a win or a loss. The quality of the rugby itself is quite high, too, and the tournament has a long and storied history—it’s been around longer than the Rugby World Cup, in fact.