News Tina Charisma 'Regenerative Travel' Is the New Buzz Phrase, but What Does It Mean?
Home  >  News   >   5 Reasons to Go to Valparaiso, Chile

5 Reasons to Go to Valparaiso, Chile

Gritty-yet-groovy, Valparaiso, Chile—set just 90 minutes from Santiago—may very well be South America’s most underrated destination. From 19th-century power player—the city was once rife with moneyed port traffic, prior to the opening of the shortcut Panama Canal—to near-forgotten port town, an ambitious urban renewal project is placing “Valpo” on travelers’ lists. This packed-with-personality port town (which earned a UNESCO World Heritage Site designation in ’03) has revitalized some of its fading architectural glory, reinventing structures as boutique hotels, eateries, museums, and nightspots, all with a distinct bohemian vibe. Recently in town to catch a cruise up the west coast of South America and on through the Panama Canal, herewith an on-the-ground of scoop of what’s well worth sticking around for. 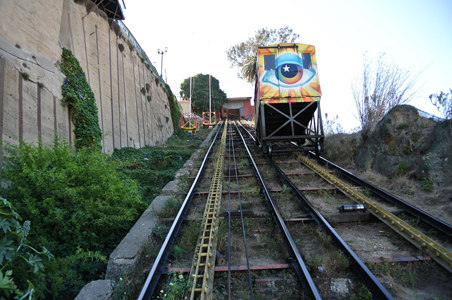 A labyrinthine city of passageways spread out over dozens of hilltop neighborhoods, Valparaiso was made for ambling, especially on trendier cerros (hills) like Cerro Concepción and Cerro Alegre. Discover shops, cafes, and welcoming watering holes behind weathered facades awash in bright hues, along with plenty lookout points offering panoramas over the quirky cosmopolitan scene. For some atmospheric shortcuts in between, navigate the city’s network of ascensores (funiculars). Part of a historic transit system, many of the cable cars are more than a century old. The clickety-clack cable-car “elevators,” with creaking wood cabins, are a welcomed help for navigating Valparaiso’s steep topography. For modest fares (about 20 cents), try Ascensor Concepción, the city’s oldest funicular (circa 1883), offering access to the trendy Cerro Concepción nabe, or the Ascensor Artillería, zipping riders up to a lookout point over the bustling port. 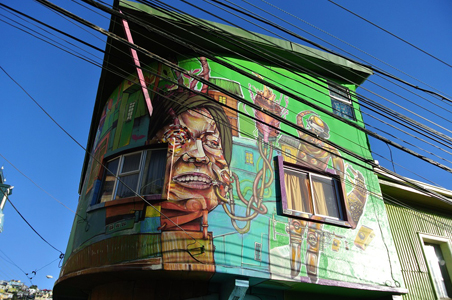 A bohemian magnetism and vibrant hues define candy-colored Valparaiso, site of a flourishing urban arts scene. At the gloriously restored landmark Palacio Baburizza, the Museo de Bellas Artes reopened this fall following a 15-year hiatus, with a fine arts collection showcasing European and Chilean artists. Check out the former prison-cum-cultural center at the Parque Cultural, an arts and performance space. But you needn’t look far for art in Valpo. You can hardly turn a corner without art finding you. Imaginative street art and politically charged graffiti are plastered on buildings, fences, and doorways across the city, converting the aging port into a giant canvas. Find particularly good examples in the 20 or so murals that form the Museo a Cielo Abierto (Open-Air Museum) in the Cerro Bellavista ‘hood, or head over to Cerro Polanco, where a recent graffiti festival saw street artists transform this low-income neighborhood into an open-air gallery. 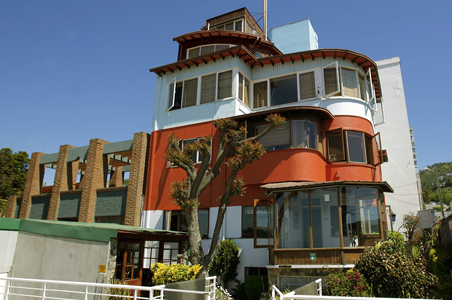 Valparaíso has spawned generations of poets, writers, artists, and intellectuals who have found inspiration in the metropolitan maze, including Nobel Prize-winning poet Pablo Neruda—Chile’s most beloved literary figure and cultural export—who owned a home here and regularly lauded his love affair with Valpo, even penning poems to the city. The five-story home-turned-museum, dubbed La Sebastiana, comes perched atop Cerro Bellavista, and offers insight into Neruda’s eccentric character and unique personal tastes. The hodgepodge here highlights the poet’s most cherished objects, with plenty of antiques, quirky decor, artworks, and manifestations of the poet’s love of the sea, as evidenced by the dominant views over the harbor. 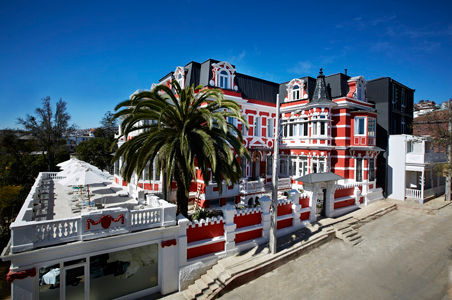 In a city where stylish digs had long been lacking, a bevy of hip little boutique hotels have recently opened to meet growing demand. The most buzzworthy of the bunch is the 23-room Palacio Astoreca Hotel, which opened in September to much acclaim. Set in a restored 1920s Victorian manse, the hotel has well-appointed rooms with stellar views, an impressive art collection, a sleek spa (complete with indoor pool and wood-fired hot tub), and culinary mecca, Alegre; rates from $230/night.

Also worthwhile in the Cerro Alegre nabe, the two-year-old Fauna Hotel is an architecturally driven boutique hotel with contemporary minimalist décor and a restaurant terrace with expansive vistas—the intimate six-room property is set to soon add nine new rooms and a widened restaurant terrace later this month; rates from $150/night (request a room with port-side views). 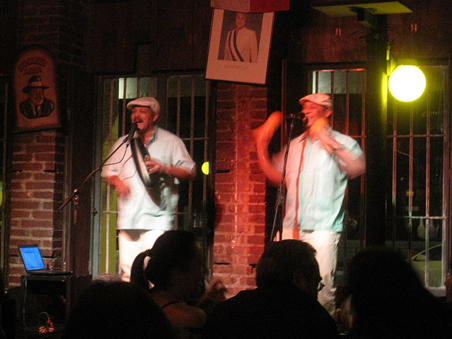 No bohemian city would be complete without a buzzing nightlife scene, and in that department, Valpo delivers, well into the wee hours of the morning. Portside pubs, microbreweries, wine bars (where carmenere, Chile’s signature red wine, can be savored), music venues, and outdoor cafes abound. Some tried-and-true standbys include La Piedra Feliz, set in an old storehouse near the piers, where live music and dancing unfolds across several rooms nightly; Bar Cinzano, a favorite of “porteños” (the nickname for Valparaiso residents) of all walks since 1896, where crooners and tango performers take the stage; or El Trole bar, which has the retro theme of a 1950s-era trolley, to throw back a drink in charmingly kitschy environs.